THE FLATS – Georgia Tech men’s basketball let a 20-point lead evaporate, but used an 8-0 run over the final 4:08 of the game to pull out its sixth-straight home win, a 63-57 triumph over Miami (Fla.) on Saturday night at McCamish Pavilion.

With its fourth win in its last five games overall, Georgia Tech moved over .500 at 15-14 on the season and pulled even at 9-9 in Atlantic Coast Conference play. The Yellow Jackets’ nine league wins are their most since 2003-04, when they advanced to the national championship game of the NCAA Tournament. With one win in their final two games of the regular season (Wednesday vs. Pitt, Friday at Clemson), the Jackets would finish at least .500 in conference play for the first time since 2006-07, and clinch a first-round bye in the ACC Tournament.

Miami maintained a two-point lead at 57-55 with just over four minutes to go before the Yellow Jackets scored the final eight points and strung together six consecutive defensive stops to finish the contest. Tech held the Hurricanes to just two three-point field goals in 17 attempts and 36.7 percent from the floor for the game.

James Banks scored the first three points of Georgia Tech’s game-sealing run, and also recorded a big blocked shot in the final minute to cap a 13-point, 14-rebound performance. Half of Banks’ 14 rebounds came on the offensive end, as Tech outrebounded Miami 18-12 on the offensive glass and 48-33 overall.

Georgia Tech returns to action on Wednesday when it plays its final home game of the 2019-20 regular season versus Pitt. Tipoff is set for 9 p.m., and the game will be televised on the ACC’s Regional Sports Network (Fox Sports South in Georgia). 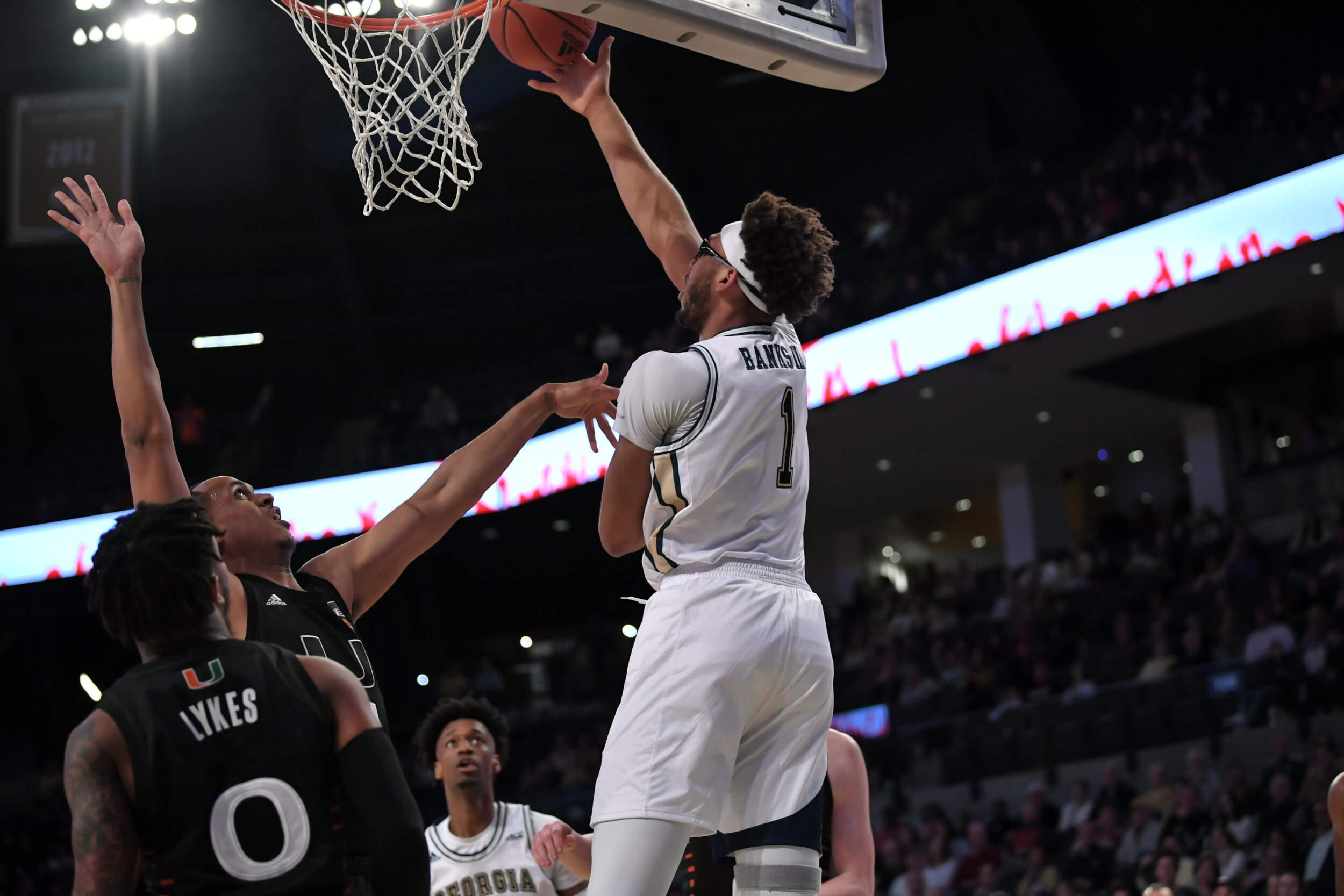 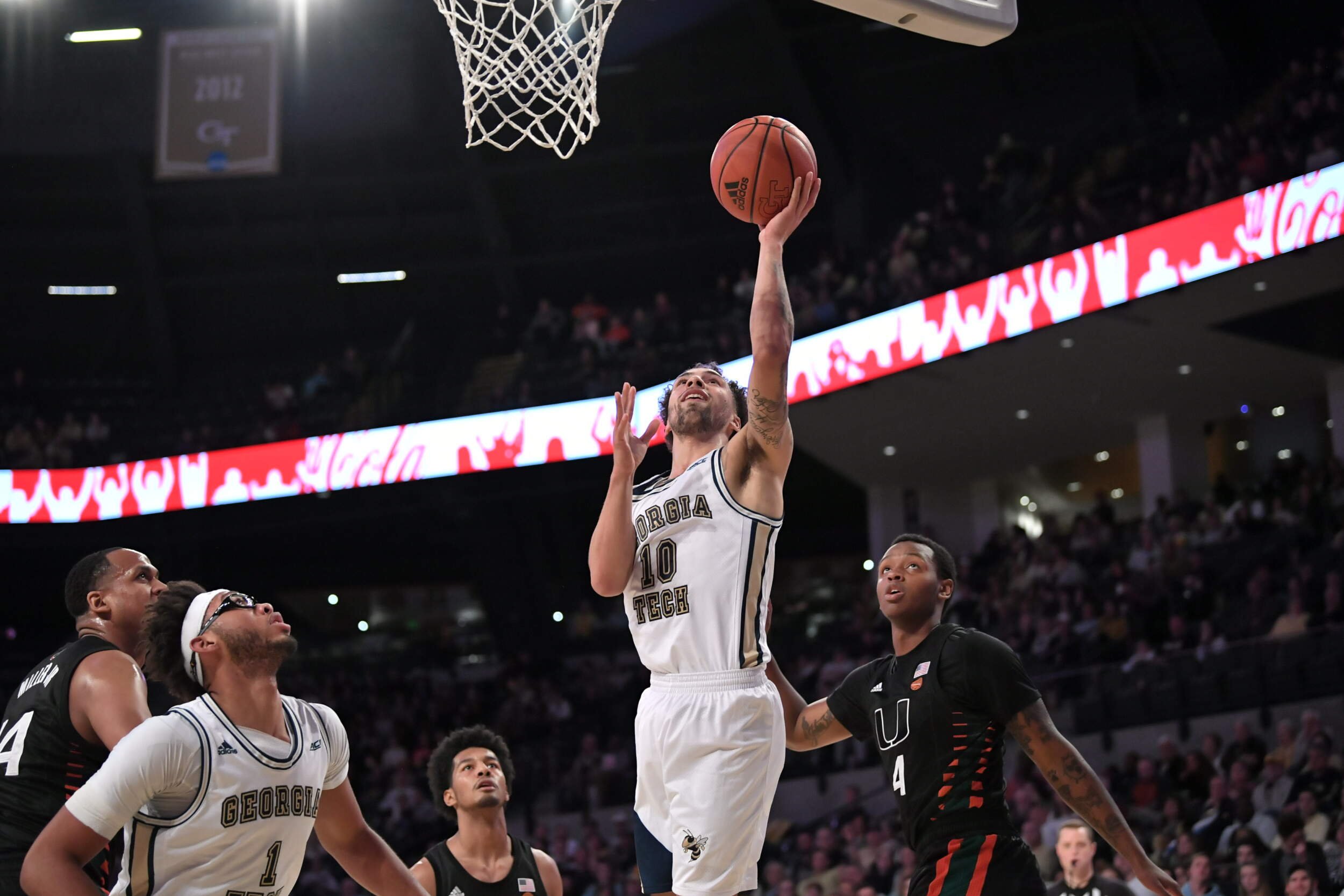