Honolulu, Hawai’i – Jordan Usher and Moses Wright scored 18 points each to lead four players in double figures as Georgia Tech overcame an eight-point second-half deficit to defeat Boise State, 74-60, Sunday in the opening round of the Diamond Head Classic at the Stan Sheriff Center.

Tech (5-5) moves on to face Houston, an 81-56 winner Sunday over Portland, in the semifinals of the tournament. Tipoff is at 7 p.m. Eastern time, and the game will be televised live on ESPN2. The Broncos (6-5) will face the Pilots in a consolation bracket game at 4:30 p.m.

The Yellow Jackets, who trailed by five at intermission and by eight early in the second half, snapped a three-game losing streak after going on a 20-2 run midway through the second half, turning a 41-38 deficit into a 58-43 advantage. Wright started the run with an old-fashioned three-point play, scoring at the basket while drawing a foul and making the free throw to tie the game at 41-all with 14:44 to play. Usher gave the Jackets the lead for good on a three-point basket two minutes later.

Wright did not miss a shot in the game, going 7-for-7 from the floor, including a three-point basket on his first shot attempt, and 3-for-3 from the charity stripe. He scored nine of his points during the run, while Usher scored seven. Usher finished the game 6-of-10 from the floor and 5-of-6 from the line.

Jose Alvarado made his first appearance for the Jackets since Nov. 20, having missed seven of the last eight games with an ankle injury. The junior point guard started and played 30 minutes, scoring 14 points and playing tough defense in the second half. He was out of the game during Tech’s go-ahead spurt, but with the Jackets still ahead by 12, he re-entered the game with 5:32 to go and scored Tech’s next 10 points on a pair of three-point shots and four free throws to keep the Broncos (6-5) at bay.

Tech shot 54.8 percent in the second half and scored 48 points, one more than it scored in its last game against Ball State Wednesday night. The Jackets clamped down on the Broncos to the tune of 30.8 percent after intermission and 33.3 percent for the game. 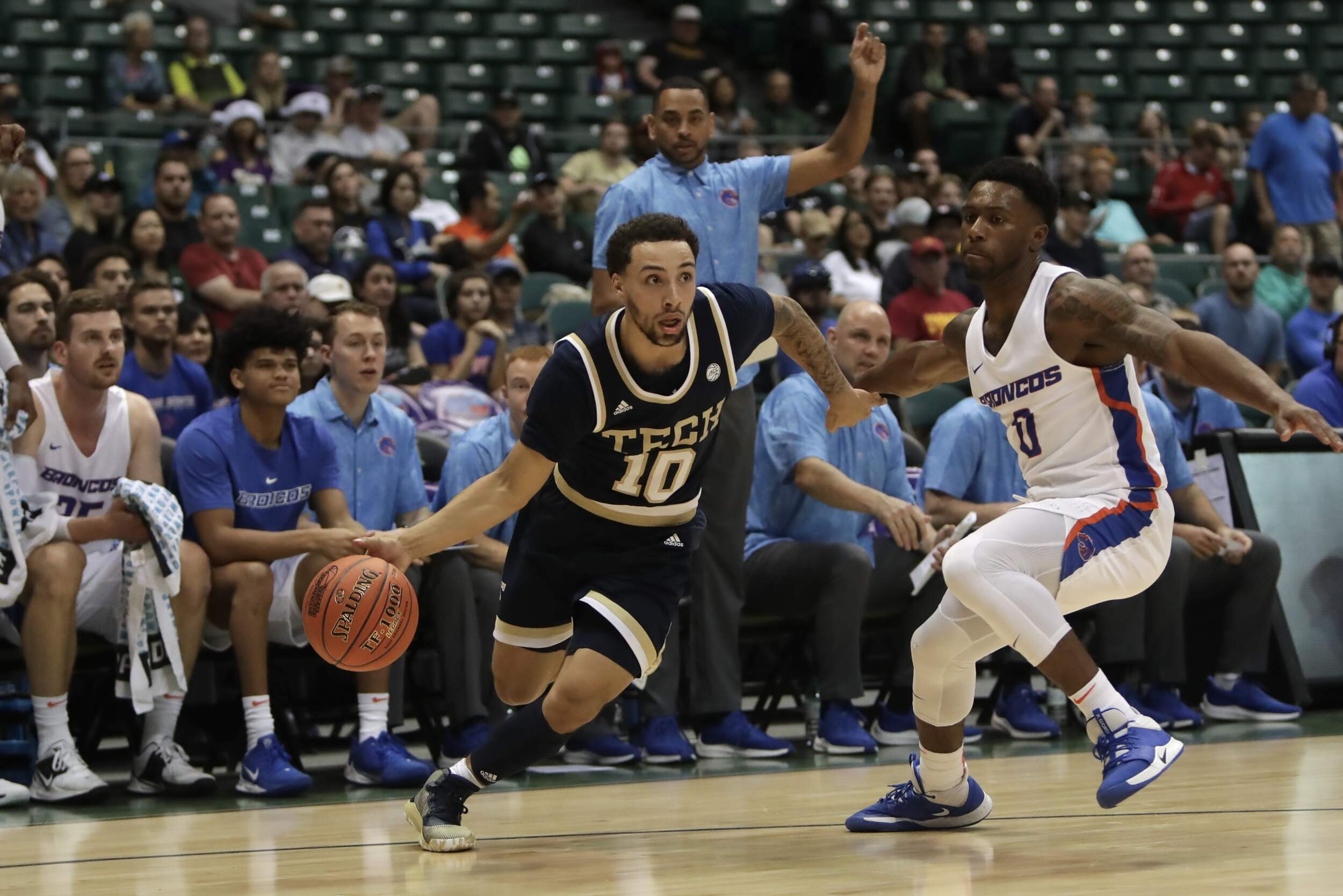 Jose Alvarado saw the court for the first time since Nov. 20, starting and scoring 14 points in 30 minutes. (photo by Courtney Metzger) 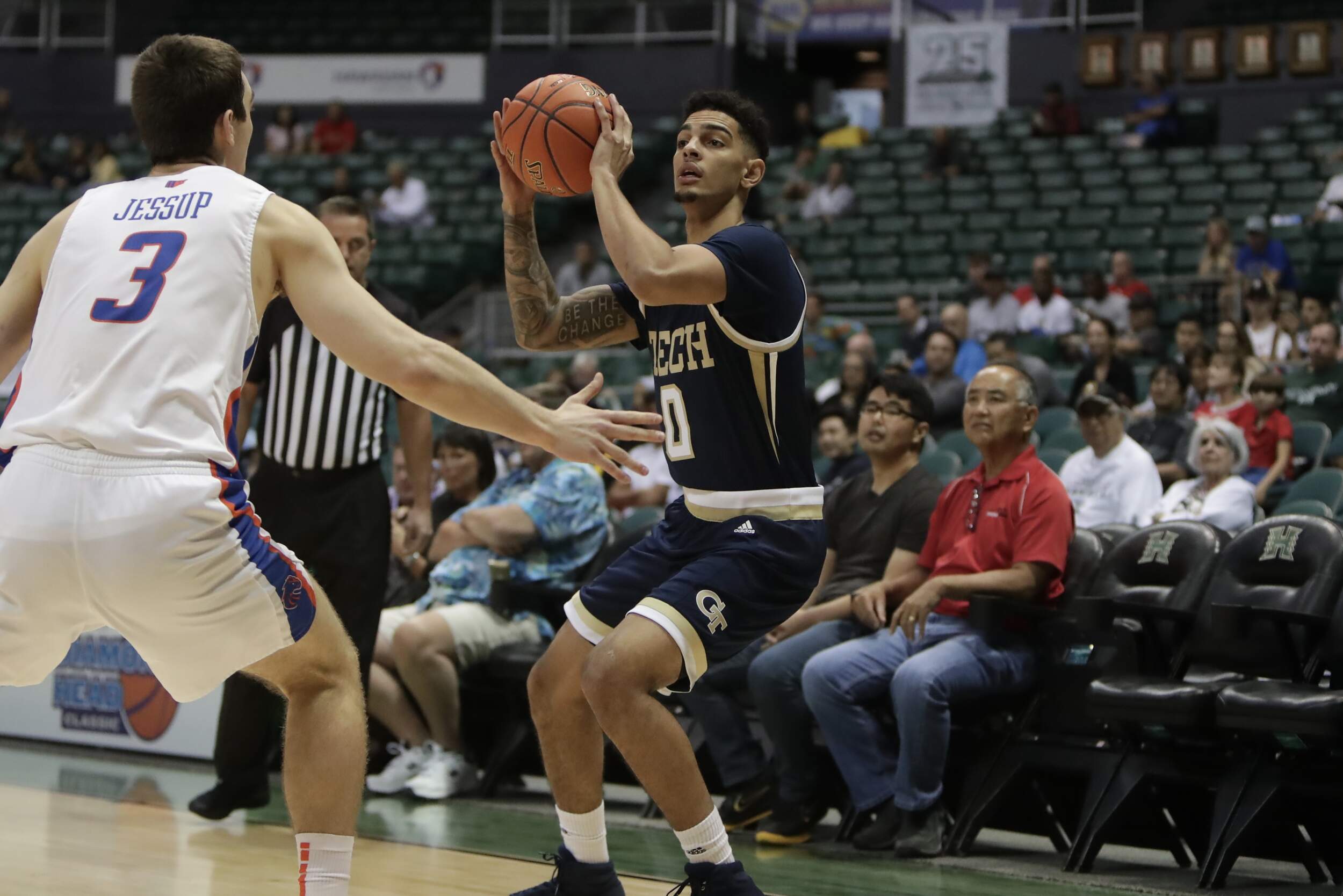 5 Minutes with Michael Devoe
Jackets Come Up Short at No. 6 Louisville, 68-64