THE FLATS – Following a dominant win over No. 20 Kentucky on Sunday, Georgia Tech returns to action with its first true road game of the season Wednesday at 7:15 p.m. Eastern time when the Yellow Jackets take on Nebraska in the ACC/Big Ten Challenge at Pinnacle Bank Arena in Lincoln, Neb.

The Yellow Jackets (1-2, 0-0 ACC) shook off a pair of home losses to Georgia state and Mercer during Thanksgiving week Sunday with a resounding 79-62 victory over the Wildcats at the Holiday Hoopgiving event at State Farm Arena, Tech’s first win over a top-25 non-conference opponent in 14 years. Returning four starters from last year’s fifth-place ACC team, including a pair of All-ACC honorees in guards Jose Alvarado and Michael Devoe, Tech has its most experienced and deepest roster yet under head coach Josh Pastner, now in his fifth season on The Flats.

In its second season under head coach Fred Hoiberg, Nebraska (3-1) is playing its first game in eight days, having had a scheduled game against Florida A&M Sunday cancelled. The Cornhuskers began their season with four games, all at home, over a seven-day stretch, defeating McNeese State (102-55) on Nov. 25 before dropping a 69-66 decision to Nevada on Thanksgiving Day. They rebounded with wins over North Dakota State on Nov. 28 and South Dakota Dec. 1.

Wednesday’s game will be televised nationally on ESPN2 and will be streamed live on the ESPN app. Radio coverage is provided by the Georgia Tech Sports Network by LearfieldIMG College, with flagship station WCNN-Radio (680 AM, 93.7 FM) in Atlanta. The Tech broadcasts can be heard on satellite radio (SiriusXM Ch. 380, internet Ch. 970) and the TuneIn app.

TECH IN THE ACC/BIG TEN CHALLENGE 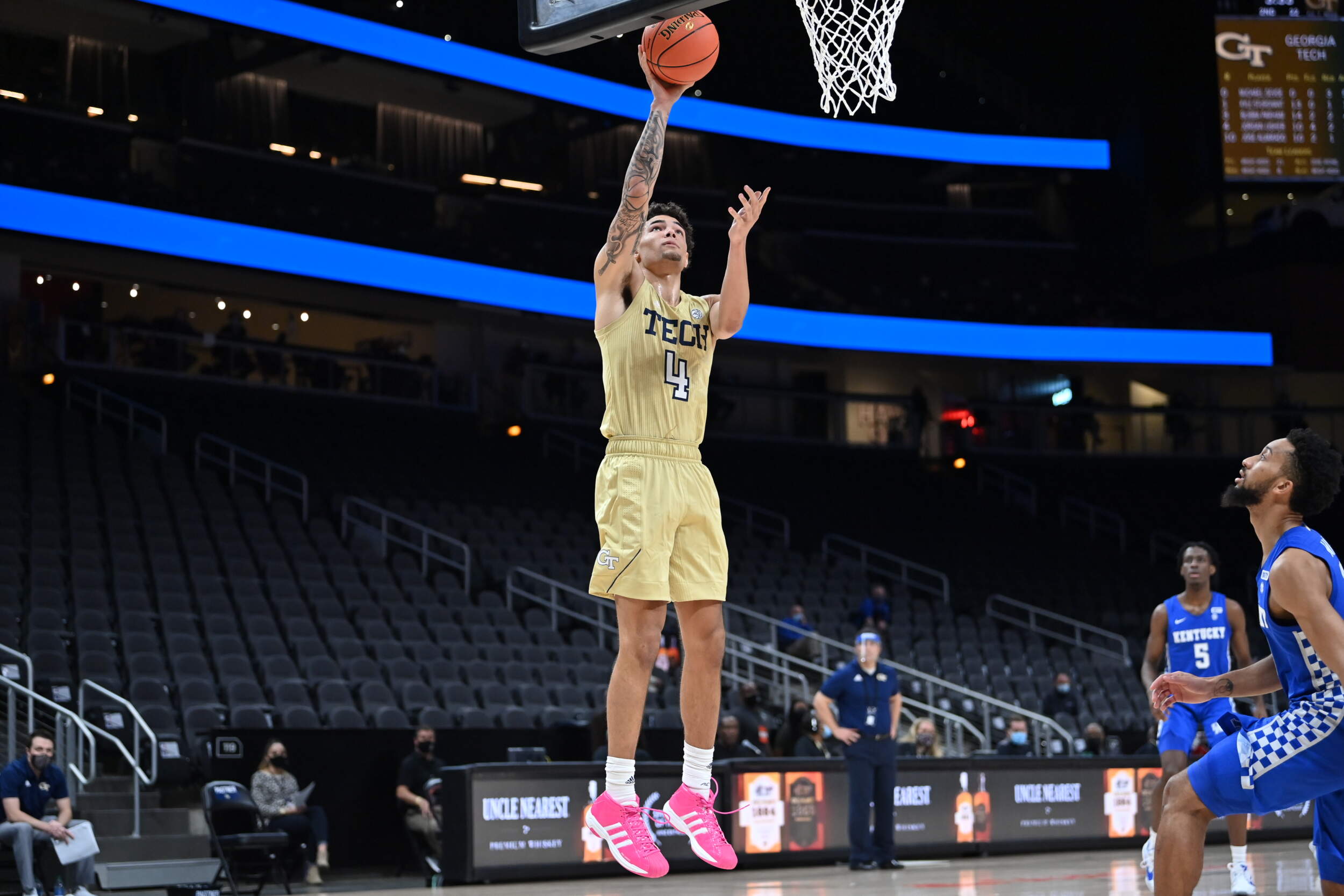 Jordan Usher has scored in double figures in all three games this season. (all photos by Danny Karnik)