THE FLATS  –  Georgia Tech plays the second of two straight road games in the Atlantic Coast Conference Wednesday night when the Yellow Jackets visit No. 22/16 Virginia Tech for the second of two games this season against the Hokies at 8 p.m. at Cassell Coliseum in Blacksburg, Va.

Tech (11-13, 3-8 ACC), in its third season under head coach Josh Pastner, has lost five straight games and seven of its last eight, winning only against Notre Dame at home on Jan. 22 in that stretch. The Yellow Jackets are 2-6 on the road this season, 1-4 on conference play with a victory at Syracuse on Jan. 12. Tech lost its rematch with the Fighting Irish Sunday night, 69-59. The Jackets look to even the season series against the Hokies, who escaped Atlanta with a 52-49 victory on Jan. 9.

Virginia Tech (18-5, 7-4 ACC), in its fifth season under head coach Buzz Williams, began its conference schedule 7-2 but has lost its last two starts to No. 16 Louisville at home and to Clemson on the road. The loss to the Cardinals is the only home loss this season for the Hokies, who are 11-1 in Cassell Coliseum.

Wednesday’s game will be broadcast live on the ACC’s Raycom Sports Network, and will be streamed live on ACC Network Extra, available through the ESPN app. Radio coverage is provided on the Georgia Tech IMG Sports Network, airing in Atlanta on 680 AM and 93.7 FM the Fan. The Tech broadcast is available on satellite radio (XM ch. 385, internet ch. 976). 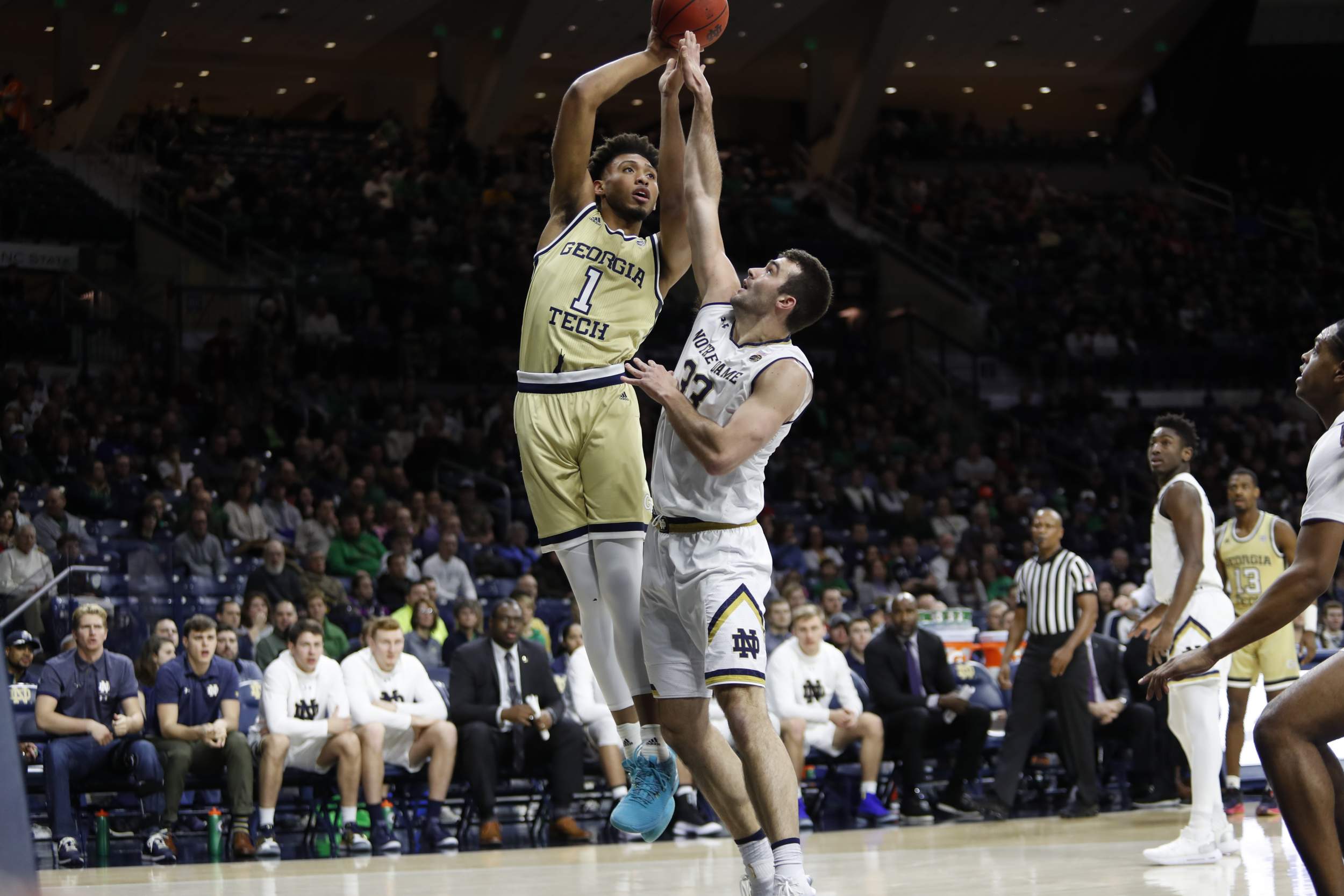