THE FLATS – Playing its second road game in four days, Georgia Tech returns to the court Tuesday for a 9 p.m. Atlantic Coast Conference contest against Duke at Cameron Indoor Stadium in Durham, N.C.

The Yellow Jackets (7-4, 3-2 ACC) sit in seventh place in the ACC standing after seeing their five-game winning streak snapped Saturday night at No. 13/12 Virginia, a 64-62 defeat in which Tech had led by 11. The Jackets had defeated No. 20 Clemson, Wake Forest in North Carolina in succession, by an average of 13 points, around a 17-day COVID pause. Tech remains one of the ACC’s highest scoring teams – third at 78.73 points per game overall, and rank No. 2 in scoring defense in conference games (64.80 ppg).

The Blue Devils (5-5, 3-3 ACC) have lost their last three games, all on the road to No. 20 Virginia Tech, Pittsburgh and Louisville, by a total of 18 points, following a 3-0 ACC start. The Blue Devils started conference play with victories over Notre Dame, Boston College and Wake Forest. Duke ranks fourth in the ACC in scoring offense, 10th in scoring defense, in league play.

Wednesday’s game will be televised nationally on ESPN and will be streamed live on the ESPN app. Radio coverage is provided by the Georgia Tech Sports Network by Learfield IMG College, with flagship station WCNN-Radio (680 AM, 93.7 FM) in Atlanta. The Tech broadcast can be heard on SiriusXM Ch. 387 and the TuneIn app. 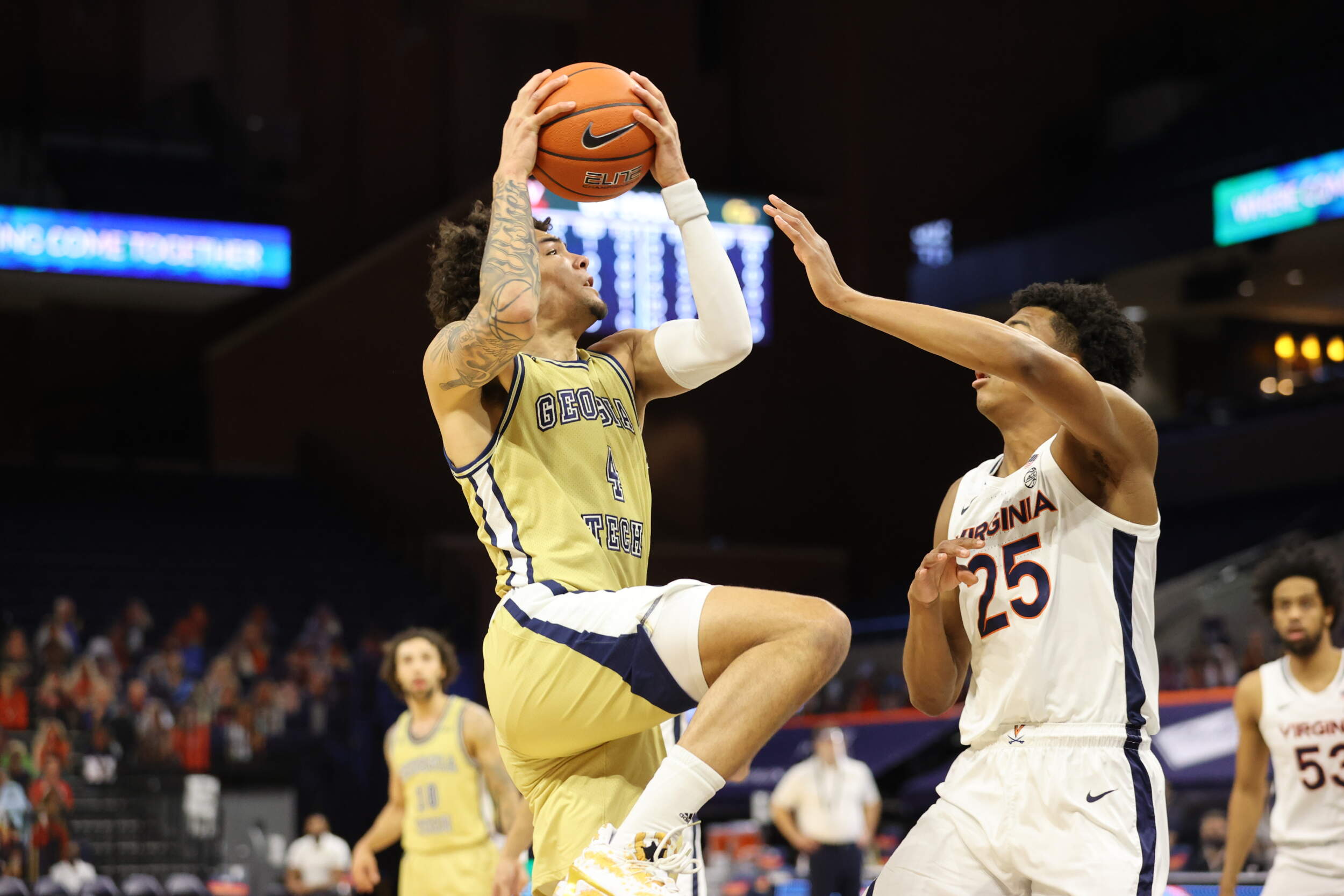 Jordan Usher has averaged 20 points over Tech’s last two games, hitting 15 of 23 shots from the floor and 7 of 12 from three-point range. (photo by Keith Lucas)

“They exploit you with their quickness. This is the quickest team we’ve played 1-5.”  – Virginia head coach Tony Bennett

Jose Alvarado and Michael Devoe rank No. 6 and 9, respectively, in the ACC in conference-game scoring. (photo by Keith Lucas)