Georgia Tech to Celebrate 1990 Football Thriller at No. 1 UVA

THE FLATS – Georgia Tech will celebrate its classic football triumph at No. 1 Virginia that propelled the Yellow Jackets to the 1990 national championship on Tuesday night.

The celebration of the 41-38 victory over the top-ranked Cavaliers begins with the Atlantic Coast Conference re-airing the CBS broadcast of the game beginning at 7 p.m. The re-air will be carried exclusively on the official YouTube channel of the ACC Digital Network (youtube.com/accdn). Click HERE for a direct link to the broadcast. 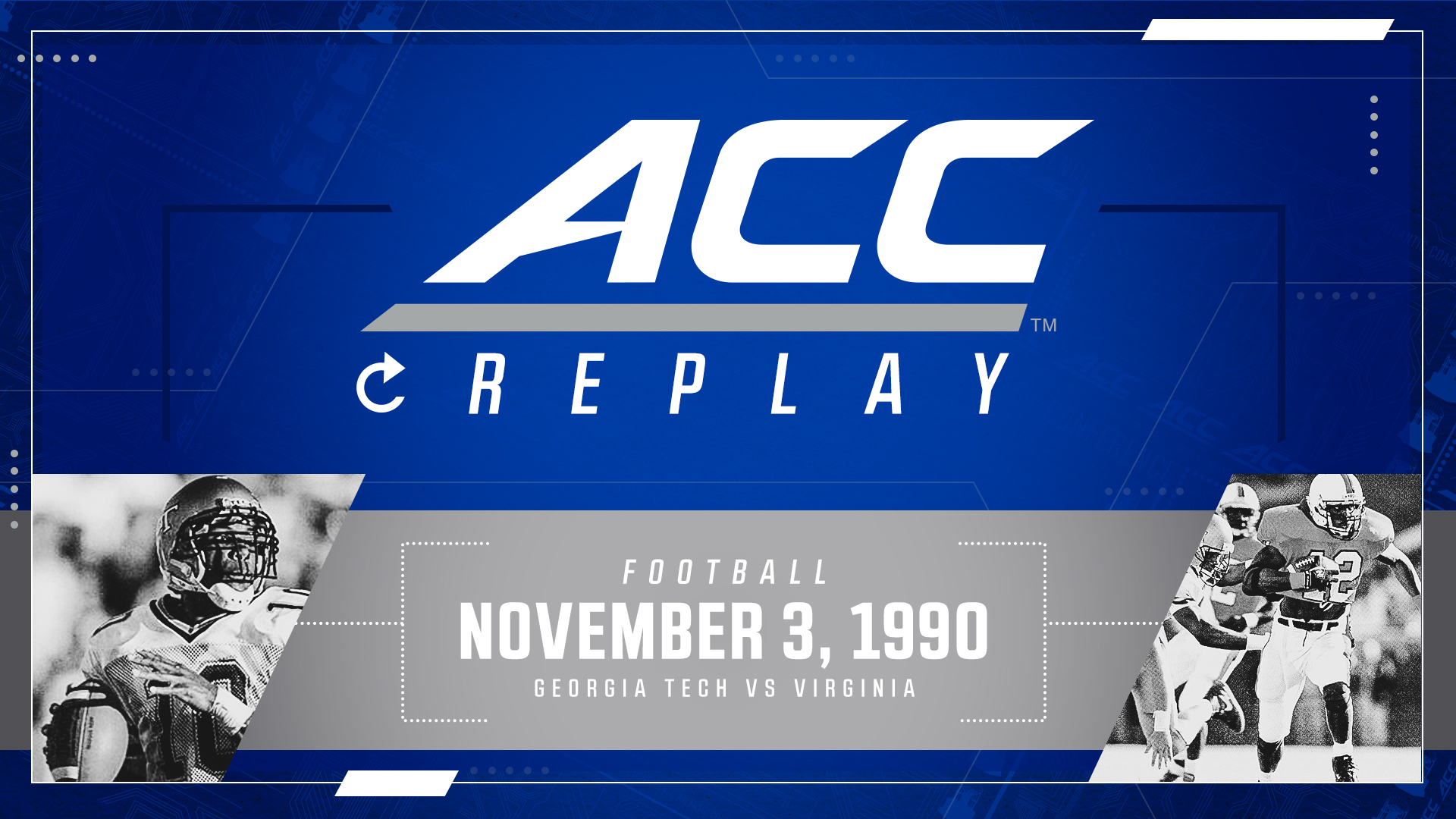 At 9:45 p.m., switch over to the official YouTube channel of Georgia Tech athletics (youtube.com/ramblinwrecktube) for an exclusive after-show, featuring members of the 1990 team that toppled top-ranked Virginia and went on to win the national title with a 45-21 rout over Nebraska in the Florida Citrus Bowl. Guests include defensive end (and current Tech assistant coach) Marco Coleman, linebacker Calvin Tiggle and kicker Scott Sisson, who drilled the game-winning field goal with seven seconds remaining in the thriller over UVA. Also joining the after-show will be current Georgia Tech director of athletics Todd Stansbury, who was Tech’s academic advisor for football in 1990. The after-show will be hosted by the Voice of the Yellow Jackets, Andy Demetra. 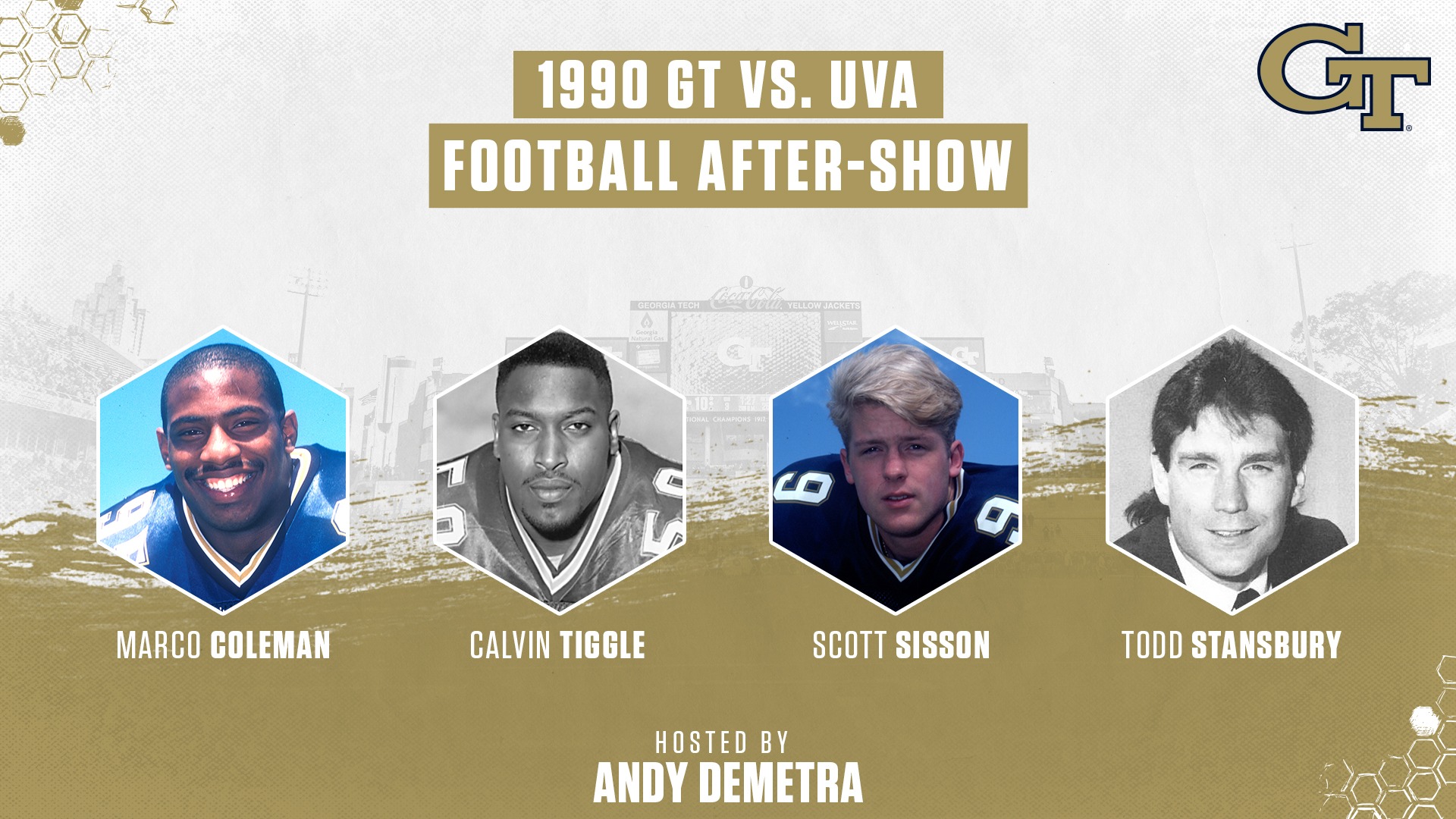