THE FLATS – Georgia Tech Sports Hall of Fame member Larry Turville, who went on to a successful career as an amateur player and as the co-founder of the WATCH (World Association of Tennis Champions) satellite tennis circuit following his standout career as a men’s tennis player at Tech, died on Oct. 10. He was 71. 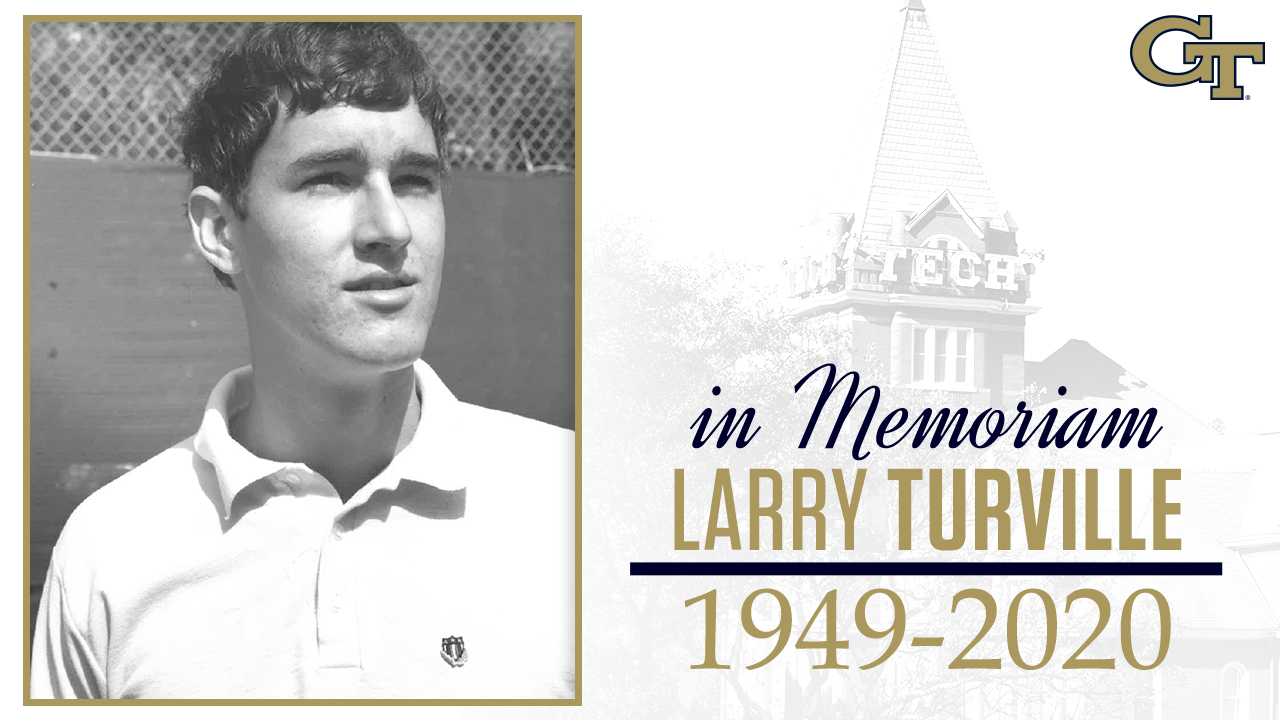 Turville played men’s tennis for the Yellow Jackets from 1968-1971 and was a 1970 ITA All-American. He ranks 10th all-time in program history with a .688 (53-24) doubles win percentage for his career. Turville participated in the NCAA Tournament every year during his tenure at Tech, reaching as far as the fourth round (Round of 32) in 1970. He was inducted into the Georgia Tech Sports Hall of Fame in 1985.

After his time at Tech, Turville went on to establish the WATCH circuit with close friend, Armistead Neely. Turville and Neely played an instrumental role in creating a system for rankings in connection with the Association of Tennis Professionals (ATP) for the WATCH circuit. Every satellite tournament that has followed globally uses a rankings system that is inspired by Turville and Neely’s work.

Turville grew up in St. Petersburg, Fla., and came from an active family. He ranked as high as the top junior player in Florida prior to coming to Tech. Throughout his professional career he played at Roland Garros, Wimbledon and the US Open. He won 46 USTA age-group National singles and doubles championships, having ranked as high as No. 1 in the 60-and-over ITF World Rankings. Turville ranked as high as No. 210 in the world before he went on to coach the men’s tennis program at Rice University.

He led the Owls over 18 seasons, posting a 182-182 dual record from 1979 to 1996 while also coaching the program’s first All-American in 21 years in singles. He sent four players and two doubles teams to the NCAA Championships.

Turville is survived by his wife, Kelli, and brother Ed.

“Our prayers and thoughts are with the Turville family,” said head men’s tennis coach Kenny Thorne. “We greatly respect what Larry did for our program and for the sport as a whole once he graduated. As an All-American here he will be remembered forever.”