Dong, 17, currently holds an International Tennis Federation world junior ranking of No. 88, after rising as high as No. 56 in January of 2020. The righthanded player has won three ITF titles, and has competed in the junior Australian Open and U.S. Open grand slam events. Dong, born in Yeronga, Queensland, also has represented Australia in Junior Davis Cup competition in Budapest where he played No. 1 singles and No. 1 doubles for his country.

“We are very excited to welcome Chen to our team,” said head coach Kenny Thorne. “He comes in with substantial experience and success in worldwide ITF tennis competition. He plans to study computer science and take advantage of one of the best CS programs in the world. He understands that we pride ourselves in excelling on and off court, so he will be a great addition and will represent Georgia Tech with class.”

Dong’s father, Dr. Jin Song Dong, is a professor in the school of computing at the National University of Singapore. 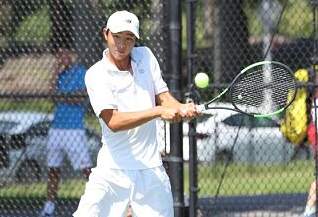