Georgia Tech update (8-9, 3-4 ACC) – In its fourth season under head coach Josh Pastner, Tech is 4-4 in its last eight games, including two wins in three games to capture third place at the Diamond Head Classic and a pair of road ACC wins against North Carolina (96-83) on Jan. 4 and Boston College (71-52) on Jan. 11. The Yellow Jackets have yet to win an ACC game at home, however, with losses to Syracuse, Duke and Notre Dame (78-74 Wednesday night). Tech is 3-5 at home overall this season.

Virginia update (11-5, 3-3 ACC) – In its 11th season under head coach Tony Bennett, the Cavaliers come to Atlanta on a three-game losing streak, having lost to Boston College, Syracuse (ot) and Florida State by a total of 21 points. The losses to the Eagles and the Seminoles came on the road, where Virginia is 1-3 this season. The Cavs remain the nation’s top defensive team, yielding an average of 49 points per game.

Georgia Tech basketball will celebrate the 30th anniversary of its 1990 NCAA Final Four and Atlantic Coast Conference championship team Saturday night. The entire 1989-90 team is expected to attend, with the exception of Dennis Scott and Brian Oliver, who have TV game broadcast duties that will keep them out of town. The members of the team will sign autographs before the game and be introduced on the court at halftime. Replica team posters for the 1990 team will be given away to fans attending the game while supplies last.

Coached by the legendary Bobby Cremins and led by the “Lethal Weapon 3” group of Scott, Kenny Anderson and Brian Oliver, the 1990 Yellow Jackets won 28 games and were one of the nation’s highest scoring teams, setting Tech records for most points (3.096) and highest scoring average (88.5 points per game) in a season. Scott, a 6-8 junior forward, Oliver, a 6-4 senior guard, and Anderson, a 6-foot freshman point guard, each averaged more than 20 points per game.

James Banks III talks to the media on Friday 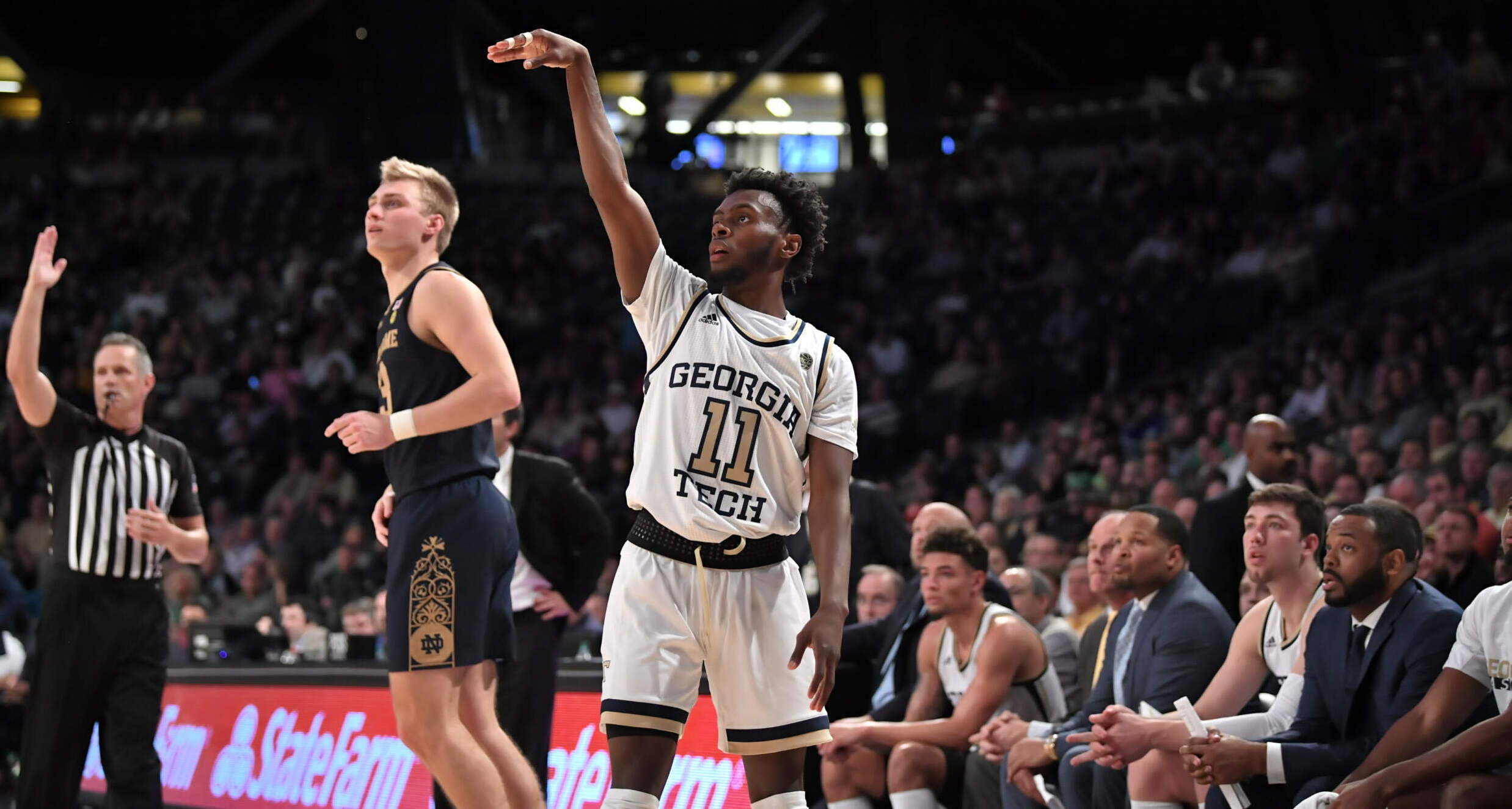 Bubba Parham is hitting 50 percent from the floor, and from three-point range, over his last six games (photo by Danny Karnik) 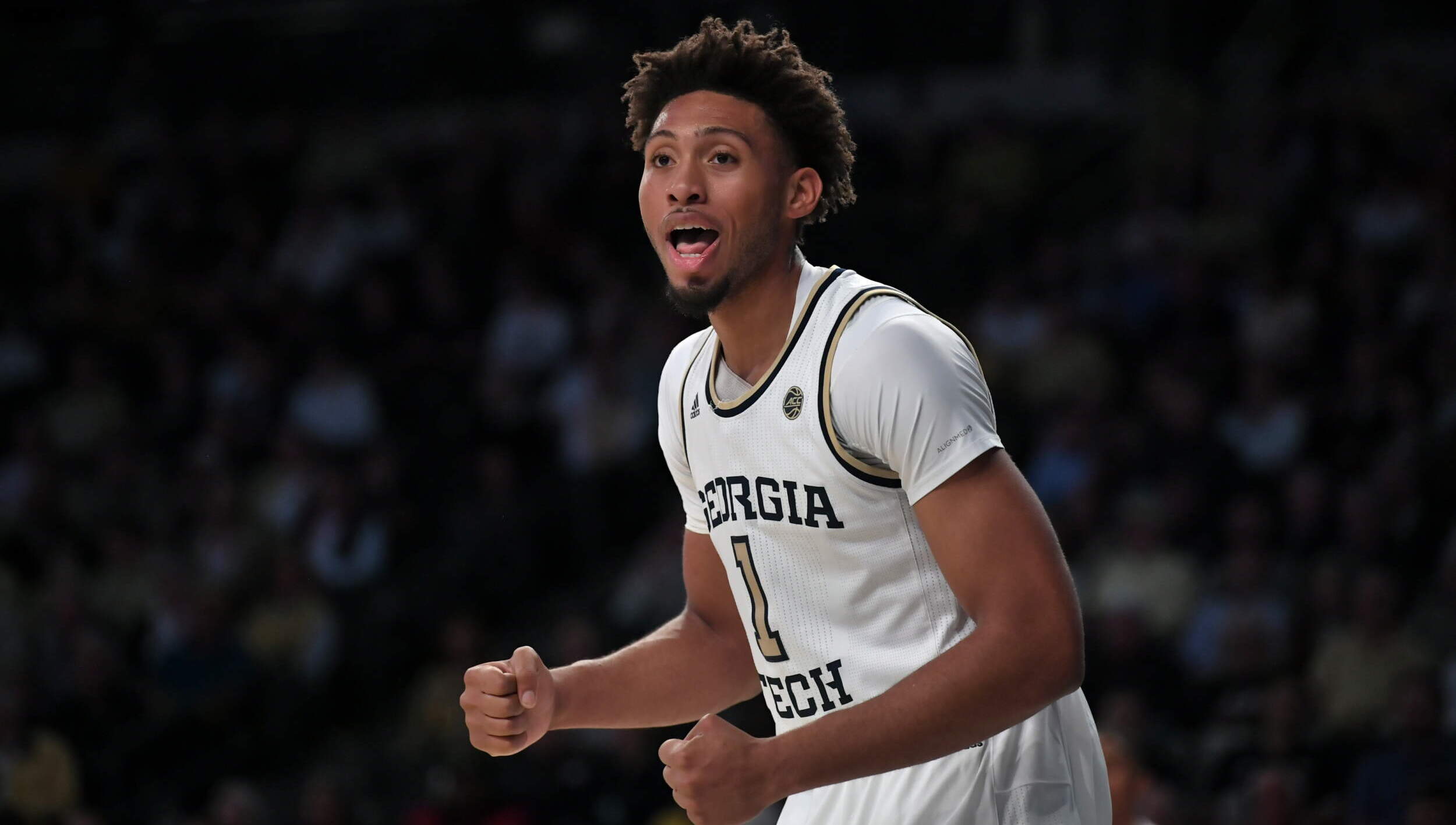 James Banks III has averaged 12.1 points and 7.9 rebounds against ACC teams this season, hitting 56.9 percent of his shots from the floor. (photo by Danny Karnik)