THE FLATS – Georgia Tech finishes a stretch of three games in seven days Saturday afternoon when Syracuse comes to Atlanta for a noon contest at McCamish Pavilion that is part of a big early-season weekend of Atlantic Coast Conference basketball games. It is the first of two meetings for the Yellow Jackets and Orange this season, with the return engagement coming Feb. 22 at the Carrier Dome.

Tech (4-2. 1-0 ACC), in its fourth season under head coach Josh Pastner, has won its last two games, defeating Nebraska, 73-56, Wednesday night in the Big Ten/ACC Challenge after slipping past Bethune-Cookman, 68-65, last Sunday. Four of Tech’s games this season have been decided by four points or less. Two of those were one-point overtime games, including an 82-81 Tech win over NC State in the season opener on Nov. 5.

Syracuse (4-4, 0-1 ACC), in its 44th season under head coach Jim Boeheim, is playing its first true road game of the season. The Orange have lost three straight games, including a 68-54 defeat at home to Iowa Tuesday night in the Big Ten/ACC Challenge, and losses to Oklahoma state and Penn State in the NIT Season Tipoff. Syracuse reeled off four straight wins after opening the season with a 48-34 loss at home to Virginia.

Saturday’s game will be televised live on the ACC Network. Live streaming is available through the ESPN app. Radio coverage is provided through Learfield IMG College, airing in Atlanta on 680 AM and 93.7 FM the Fan and through the TuneIn app. The Tech broadcast is also available on satellite radio (XM ch. 382, internet ch. 972).

Sophomore guard Michael Devoe chats with the media on Friday 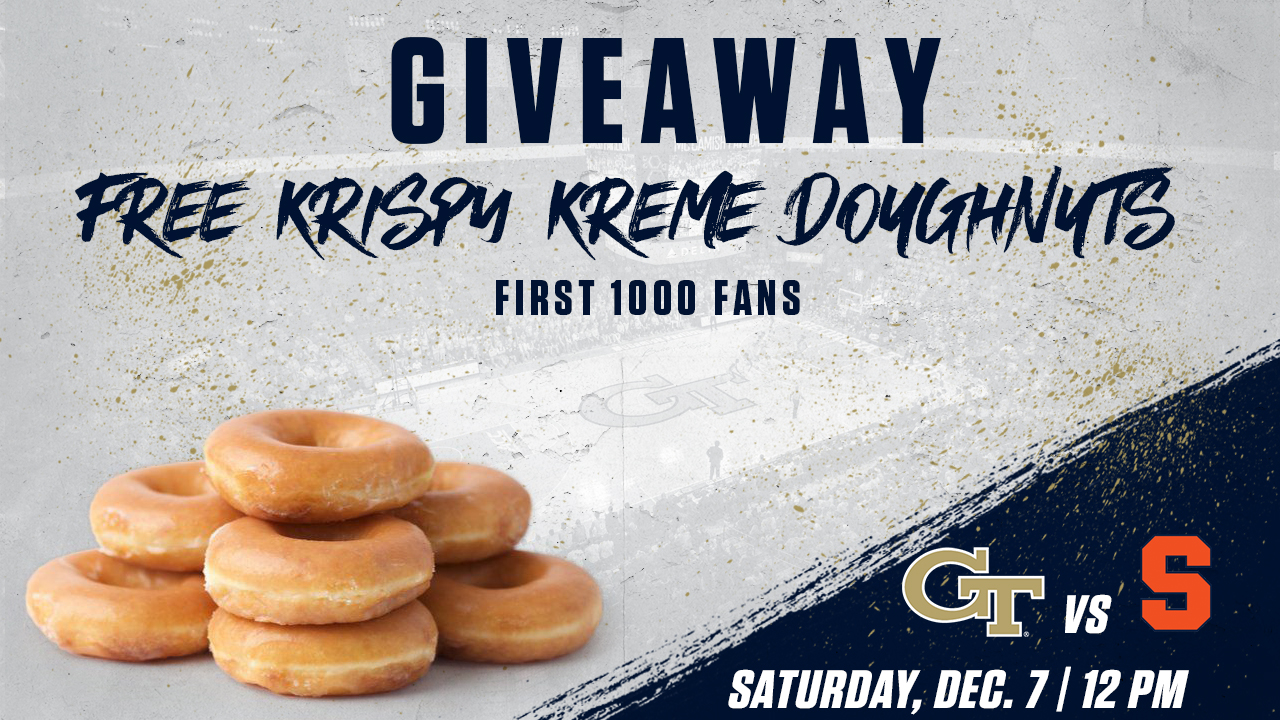 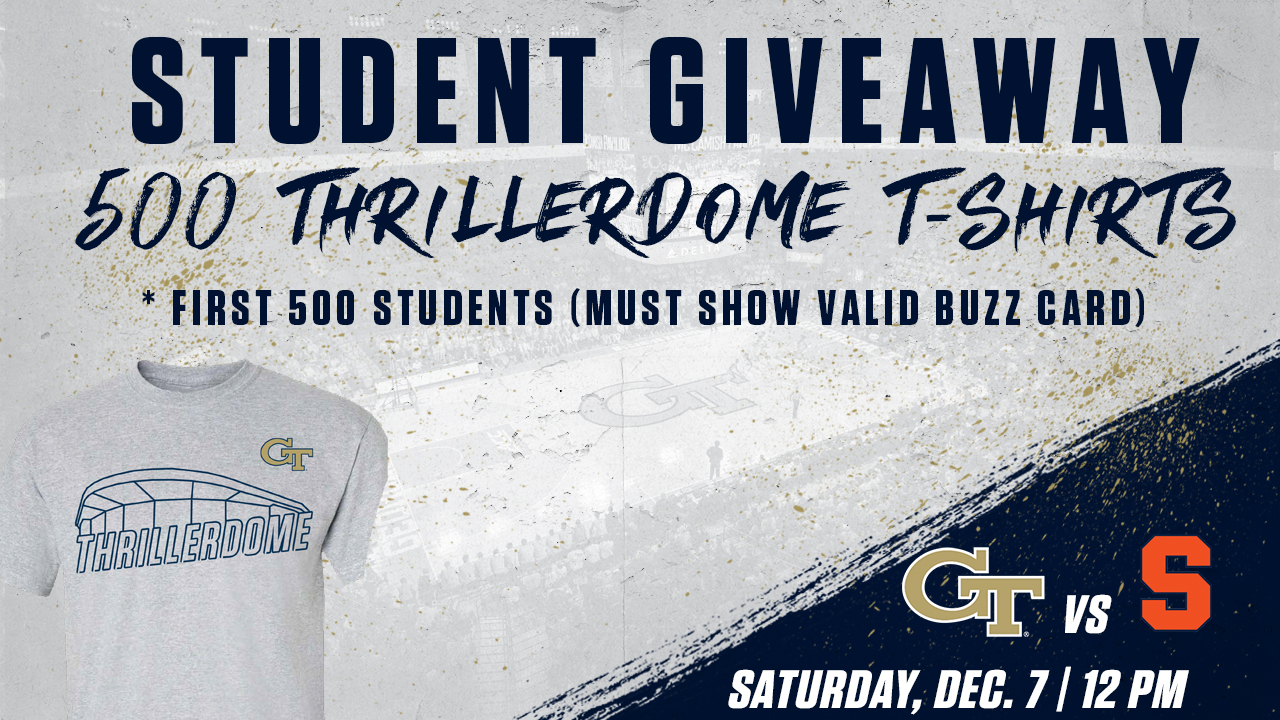 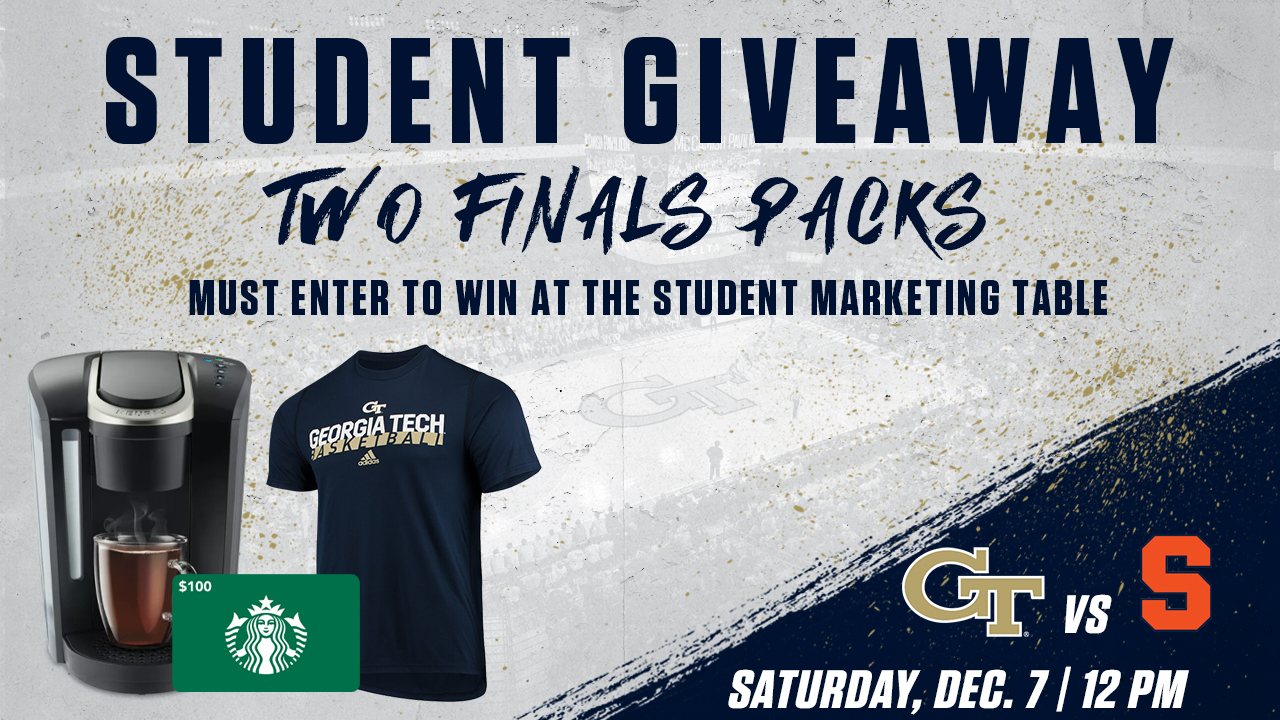