THE FLATS  – Georgia Tech’s golf team, ranked No. 4 in the nation after capturing its third tournament title of the 2018-19 academic year, travels to Las Vegas, Nev., this weekend for its third event of the spring schedule, the 44th Southern Highlands Collegiate, which begins Sunday at the Southern Highlands Golf Club.

TOURNAMENT INFORMATION – Georgia Tech is making its sixth appearance in the Valspar Collegiate Invitational, which began in 2014 and has become one of the spring’s premier events at one of Florida’s top golf venues. The 54-hole event will utilize a shotgun start each day (1:30 p.m. Sunday, 8:30 a.m. Monday and Tuesday). It is played at the 7,114-yard, par-71 Floridian National Golf Club, part of The Floridian Resort and Spa. 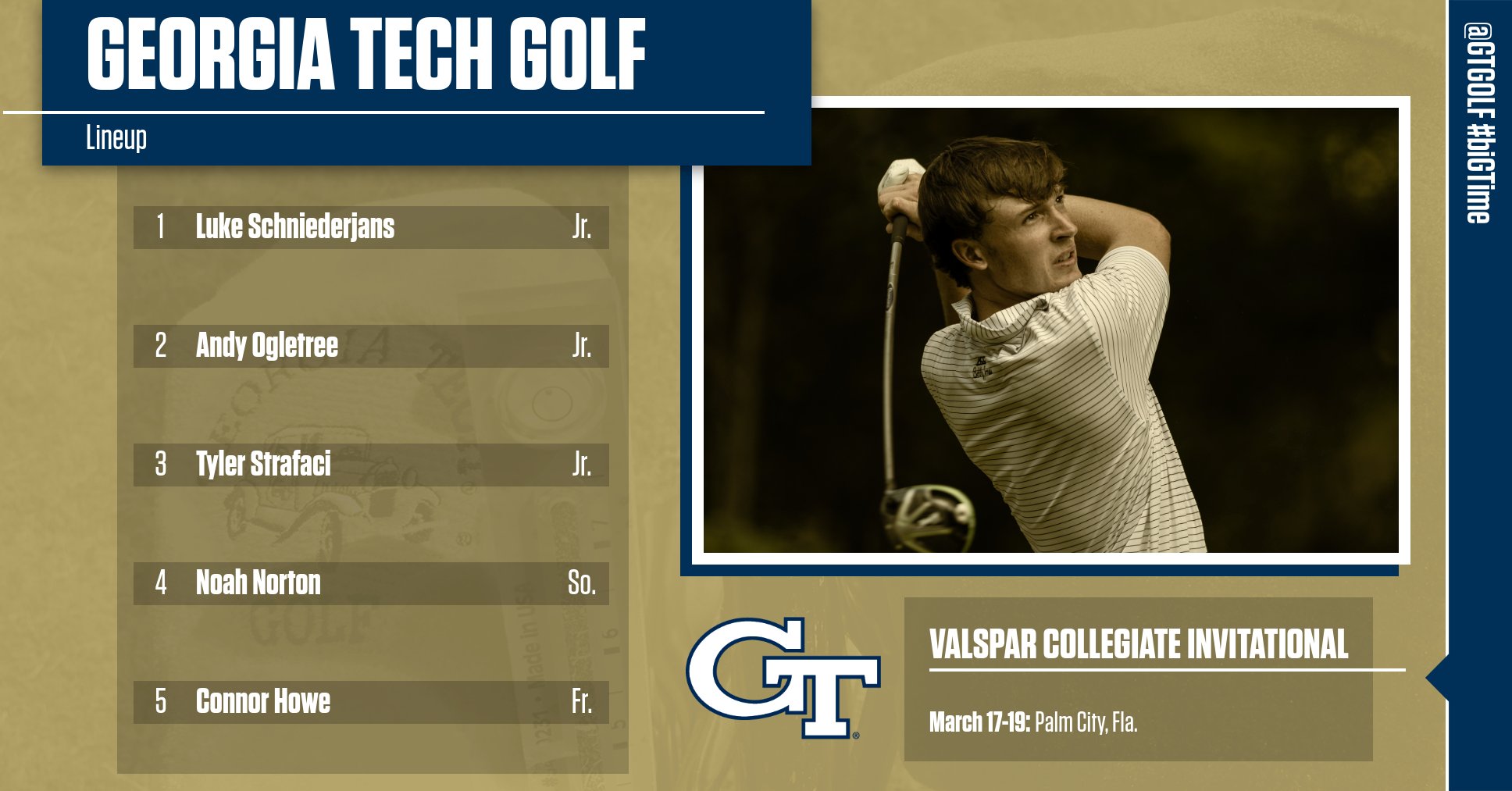 TEAM UPDATE – The Yellow Jackets stand No. 9 in the nation in the Golfstat, and No. 6 in the Golfweek/Sagarin rankings and the Bushnell Coaches Poll. Tech, favored to win the Atlantic Coast Conference once again, has won three stroke play events this year, sharing titles at the Carpet Capital Collegiate and the Puerto Rico Classic, and won the Maui Jim Intercollegiate outright. Last time out, Tech finished sixth at the Southern Highlands Collegiate after holding the 36-hole lead.

Statistically, Tech has played some impressive golf this year as evidenced by its ranking in some categories tracked by Golfstat, including fourth in the nation in average score (70.66). Broken down, Tech is first in the nation in first-round scoring average, seventh in par-3 scoring, first in par-4 scoring and 11th in par-5 scoring. The Yellow Jackets also are No. 3 with an average drop score of 74.77 (the average of scores that do not count toward the team score each day).

Four Yellow Jackets playing this week are ranked among the top 55 in the national Golfstat rankings, led Schniederjans (No. 16), Strafaci (49), Norton (45), and Ogletree (No. 55). Those four have combined for 10 top-10 finishes (Schniederjans and Strafaci each have three, Ogletree and Norton each have two). They are separated by less than a stroke in stroke average, with Schniederjans leading the way at an even 70.00.

Freshman Connor Howe (Ogden, Utah), with a 72.53 stroke average in 15 rounds, is playing in his third straight event as a counting member of the travel team. 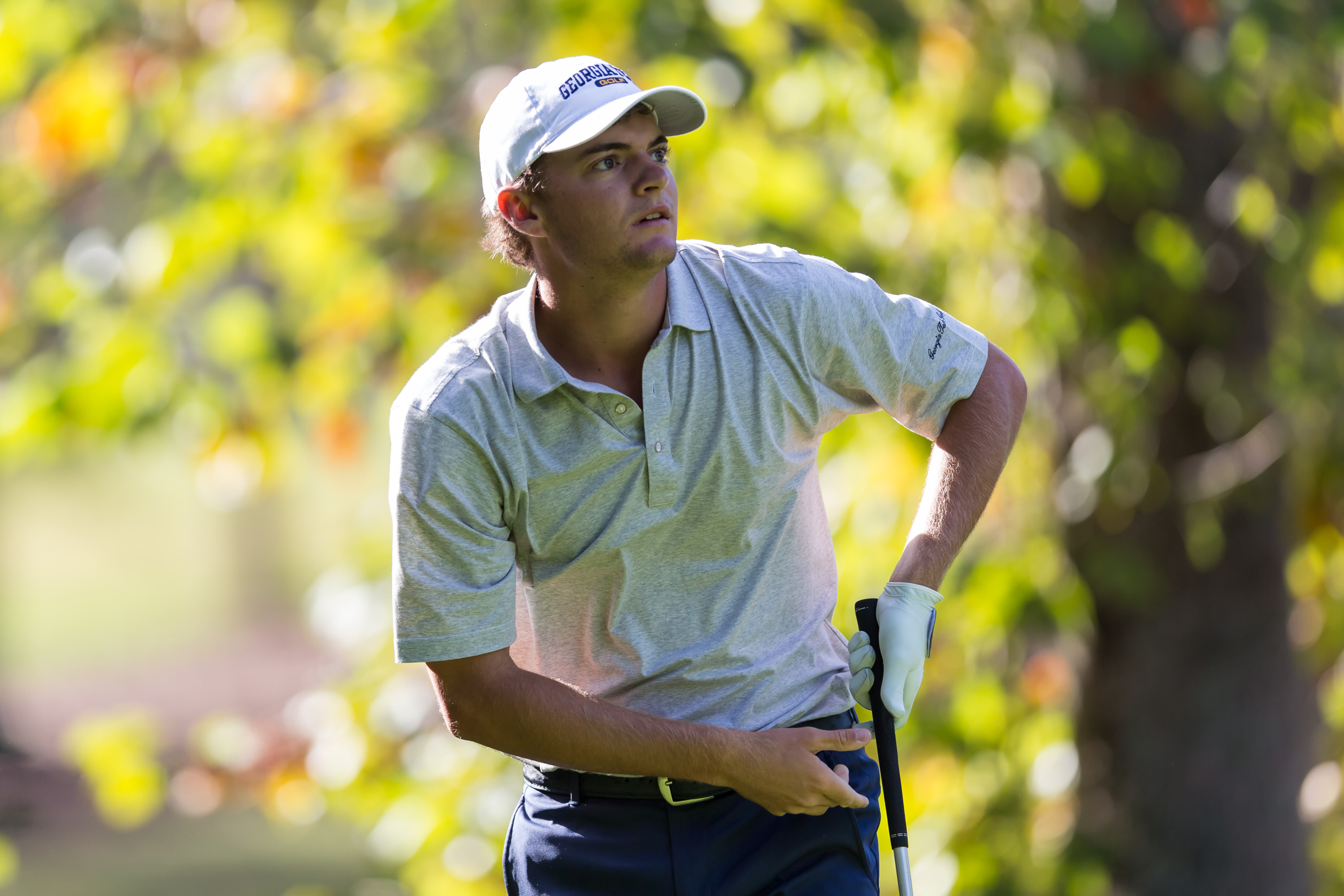 COACH BRUCE HEPPLER SAYS – “In six years, this has become one of the top five events in the country. The field this year is as good as it’s been, hard to believe it could be any better. It’s one of the elite events from the competition to the venue to how they treat everybody in the tournament. It’s a great test from the minute you tee off until you finish.”