THE FLATS – Georgia Tech and Georgia State have agreed to play a three-game series in men’s basketball that begins with the upcoming 2020-21 season, the schools announced Wednesday.

“We’re pleased to partner with Georgia State and head coach Rob Lanier to play the Panthers, and I believe our fans will be excited to resume this cross-town series and see the teams play each other again,” said head coach Josh Pastner. “The great thing about this series is that fans of the both teams will be able to see all three games.” 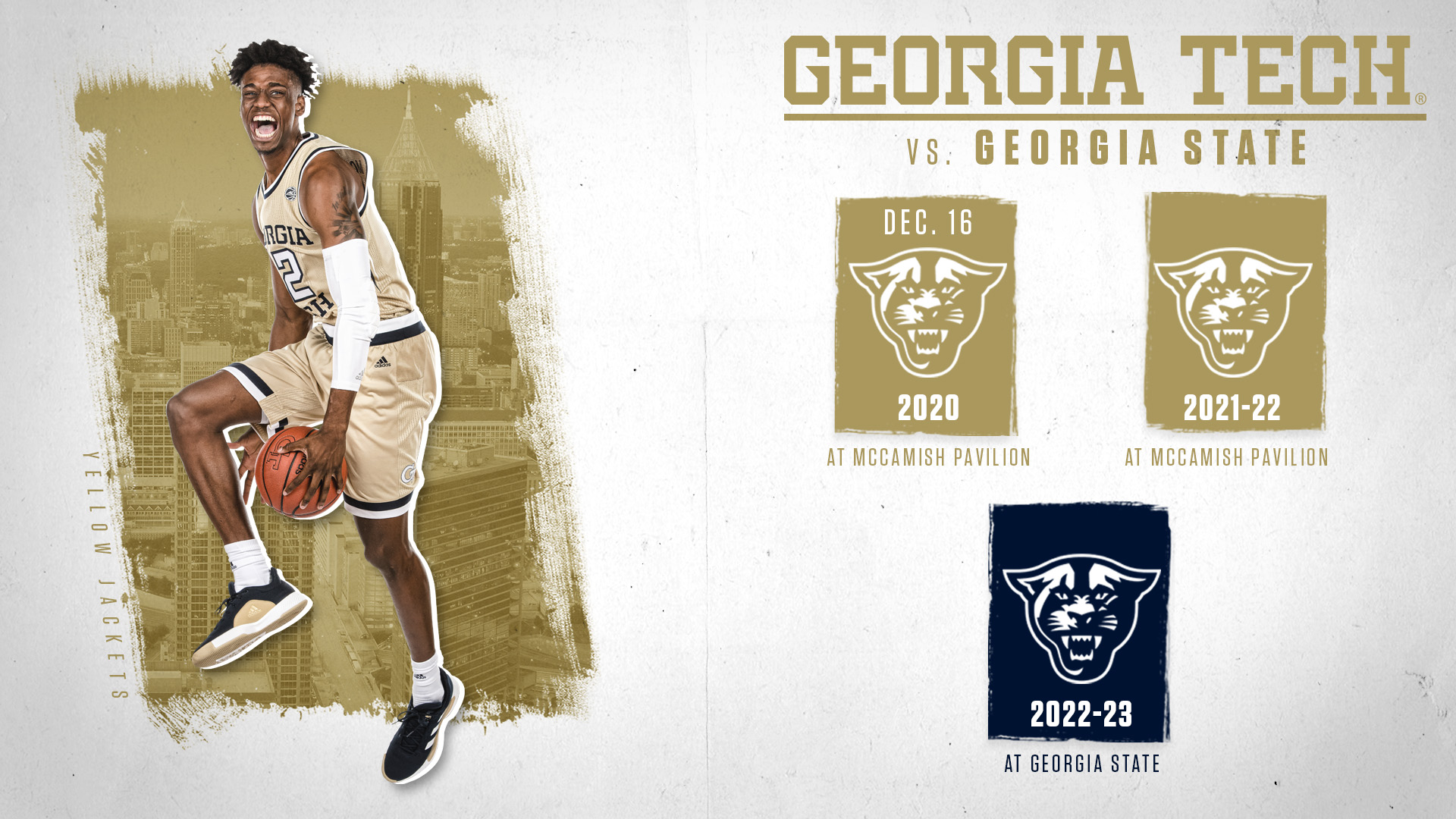 Georgia State joins a Tech non-conference home slate that includes rival Georgia on Nov. 19 for the teams’ 197th all-time meeting, and three November games that comprise the season-opening Georgia Tech Showcase. Tech will open the regular-season Nov. 12 against Mount St. Mary’s, the first meeting between the two teams since the 1998-99 season, and follows that with a Nov. 16 game against James Madison, the Yellow Jackets’ first meeting against the Dukes since the 2004-05 season. After the game against the Georgia, the showcase wraps up Nov. 22 when Longwood visits McCamish Pavilion for the teams’ first-ever meeting. The Yellow Jackets also host Florida A&M on Dec. 18 and Delaware State on Dec. 20.

The Yellow Jackets also will face Kentucky on Nov. 27 as part of the Holiday Hoopsgiving event at State Farm Arena, and take on Stanford as part of a Basketball Hall of Fame triple-header on Dec. 13 at the Barclays Center in Brooklyn, N.Y. Tech also awaits word of its opponent for the ACC-Big Ten Challenge.

“We continue to try and build a schedule that is challenging for our team, helps prepare us for the ACC and gives us a chance to earn a spot in post-season play,” said Pastner. “These are strong opponents who complement well the power conference teams we will face this upcoming season.”

The Atlantic Coast Conference will not announce the conference schedules for its teams until late summer, but the Jackets are slated to host Boston College, Clemson, Duke, Florida State, North Carolina, Notre Dame, Pittsburgh, Syracuse, Virginia and Wake Forest in 2020-21.

Season ticket options and sale dates for the 2020-21 season will be released in the near future.  Sign up here to be notified as soon as details are released. 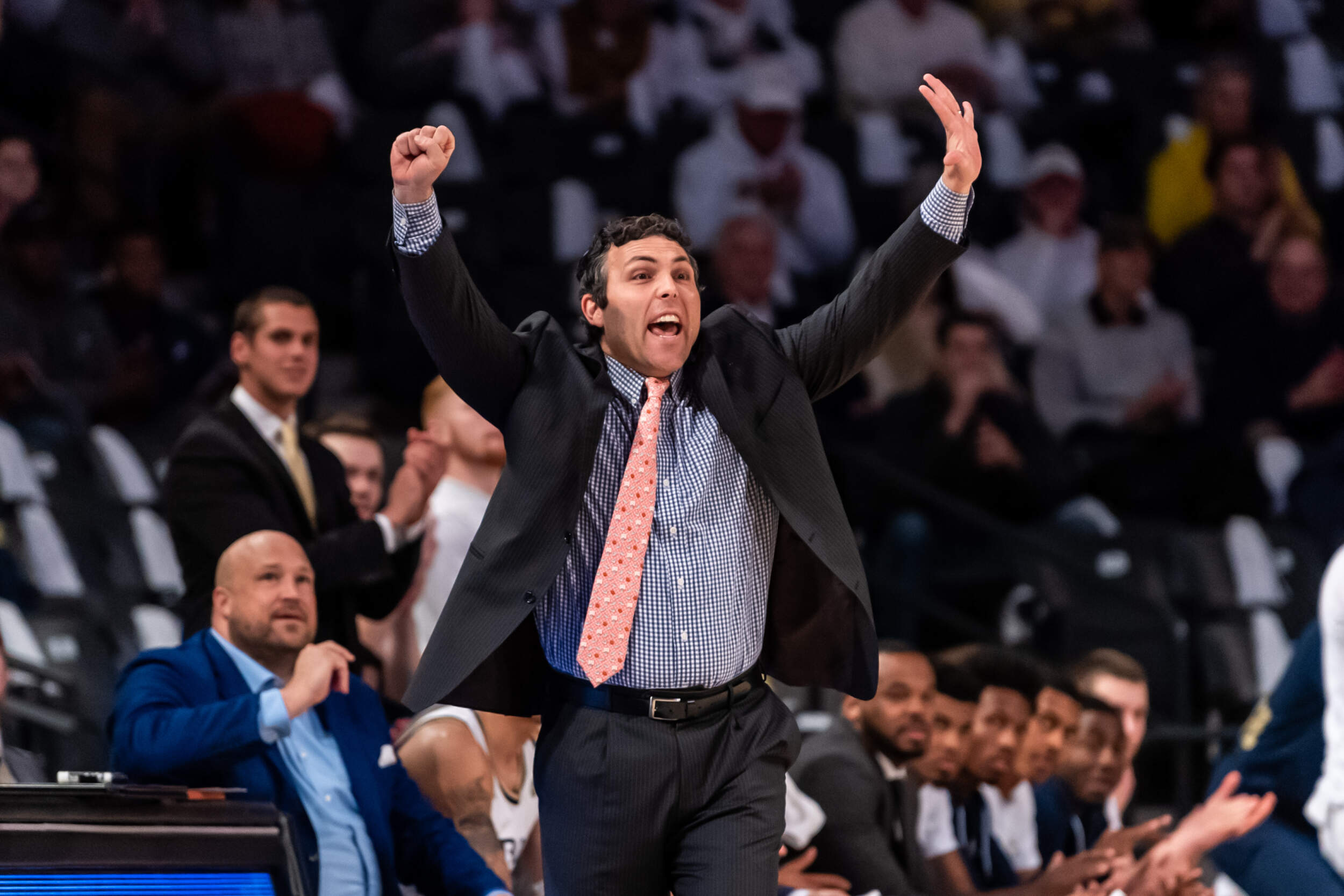 Georgia Tech’s men’s basketball team has completed its fourth year under head coach Josh Pastner, having finished fifth in the ACC in 2019-20, the program’s highest finish since 2005. Tech has been a member of the Atlantic Coast Conference since 1979, won three ACC Championships (1985, 1990, 1993), played in the NCAA Tournament 16 times and played in two Final Fours (1990, 2004). Connect with Georgia Tech Men’s Basketball on social media by liking their Facebook Page, or following on Twitter (@GTMBB) and Instagram. For more information on Tech basketball, visit Ramblinwreck.com.