THE FLATS – Two second-chance tip-ins by James Banks III and a driving layup by Jose Alvarado with under two minutes left gave Georgia Tech men’s basketball the edge it needed to defeat NC State 64-58 on Saturday afternoon at McCamish Pavilion.

The Yellow Jackets (9-11, 4-6 ACC), led by a 26-point explosion by junior guard Alvarado, trailed by five points with 6:21 left in the game, but outscored the Wolfpack 14-3 and gave up just one field goal down the stretch. Banks’ first putback gave the Jackets a 56-55 lead with 2:37 left, and the second snapped a 58-all tie with 22 seconds on the clock.

Alvarado came up huge defensively late, getting his last two steals on the Wolfpack’s final two offensive possessions and hitting a pair of free throws in the final minute to keep NC State at bay. He also finished with eight rebounds, a school-record nine steals and two assists.

Junior forward Evan Cole came up big off the bench for the Yellow Jackets, scoring 11 points off 3-of-5 shooting with four rebounds. Banks III finished with six points and seven rebounds.

Leading the Wolfpack (14-6, 5-4 ACC) was Markell Johnson, who finished with 21 points on the day while Devon Daniels totaled 12 points.

Georgia Tech remains home for its final non-conference game of the regular season when it hosts Morehouse on Tuesday, Jan. 28. Tipoff is set for 7:30 p.m. and will be broadcast live on ACC Network Extra. 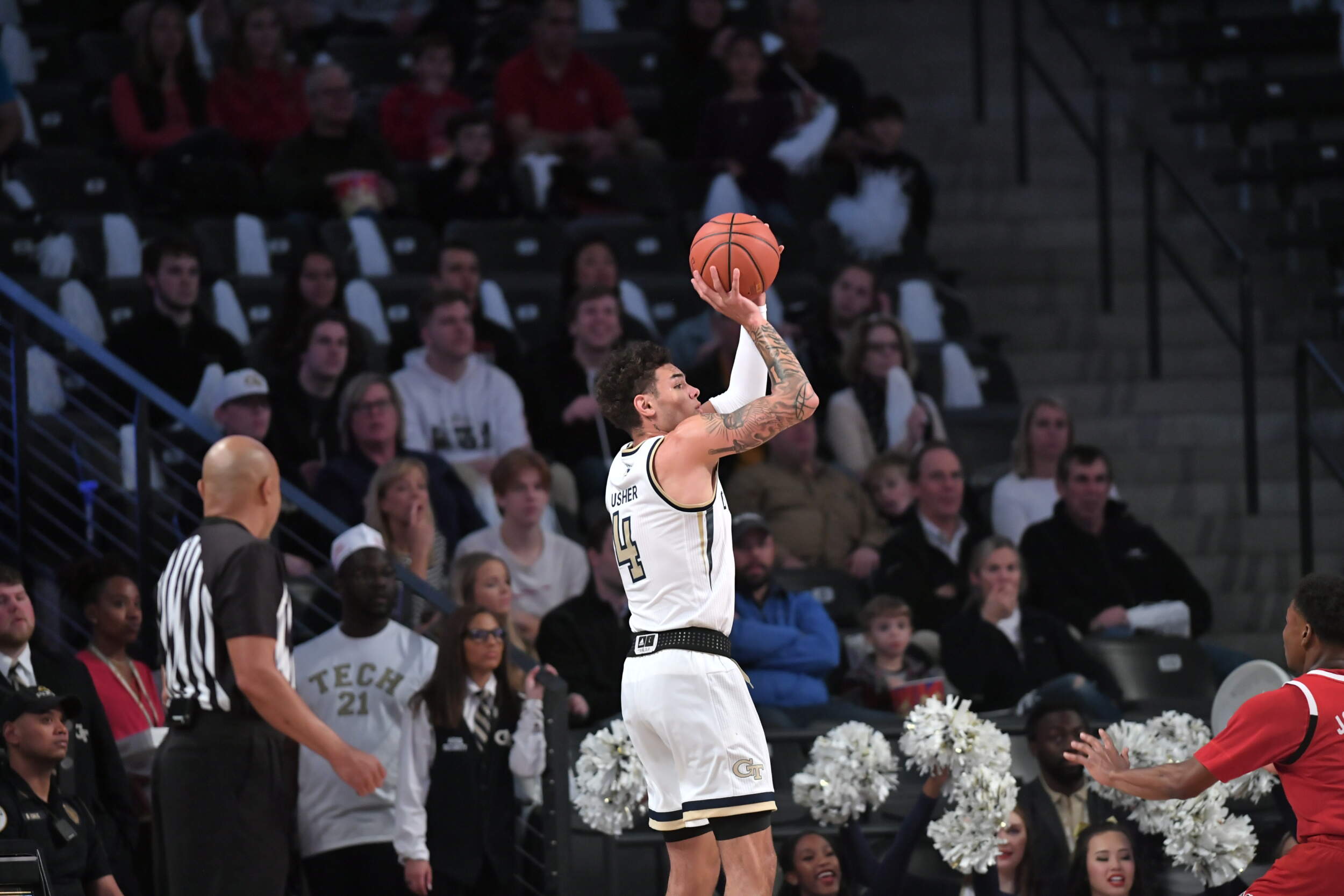 In addition to his eight points, Jordan Usher (4) also hauled in seven rebounds and six assists on the night. (photos by Danny Karnik) 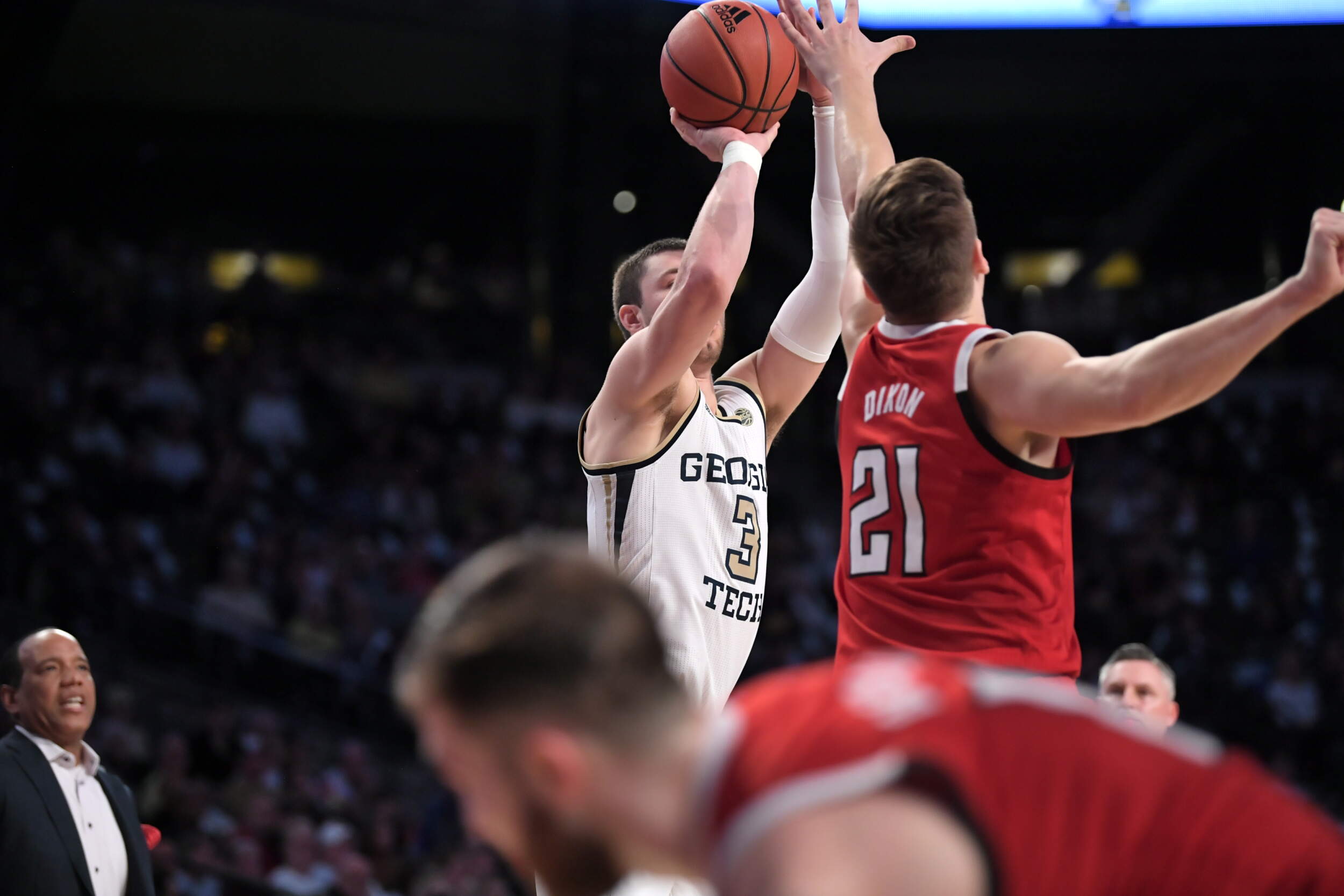 Evan Cole (3) provided a spark off the bench for Georgia Tech, scoring 11 points off 3-of-5 shooting (4-of-8 at the line) (photos by Danny Karnik)