THE FLATS – Looking for its fourth straight win and to get above .500 in Atlantic Coast Conference play, Georgia Tech welcomes Wake Forest to McCamish Pavilion for a 6 p.m. tip Sunday night.

The Demon Deacons (3-0, 0-0 ACC), in their first season under head coach Steve Forbes, come to Atlanta for their first ACC game and their first game away from Winston-Salem. Wake Forest opened its season with wins over Delaware State and Longwood, then saw their next five games called off due to Covid-19 protocols. The Deacons returned to action Thursday with a 70-62 homecourt victory over Division II Catawba.

Sunday’s game will be televised nationally on the ACC Network and will be streamed live on the ESPN app. Radio coverage is provided by the Georgia Tech Sports Network by Learfield IMG College, with flagship station WCNN-Radio (680 AM, 93.7 FM) in Atlanta. The Tech broadcast can be heard on SiriusXM Ch. 389 (internet Ch. 989) and the TuneIn app. 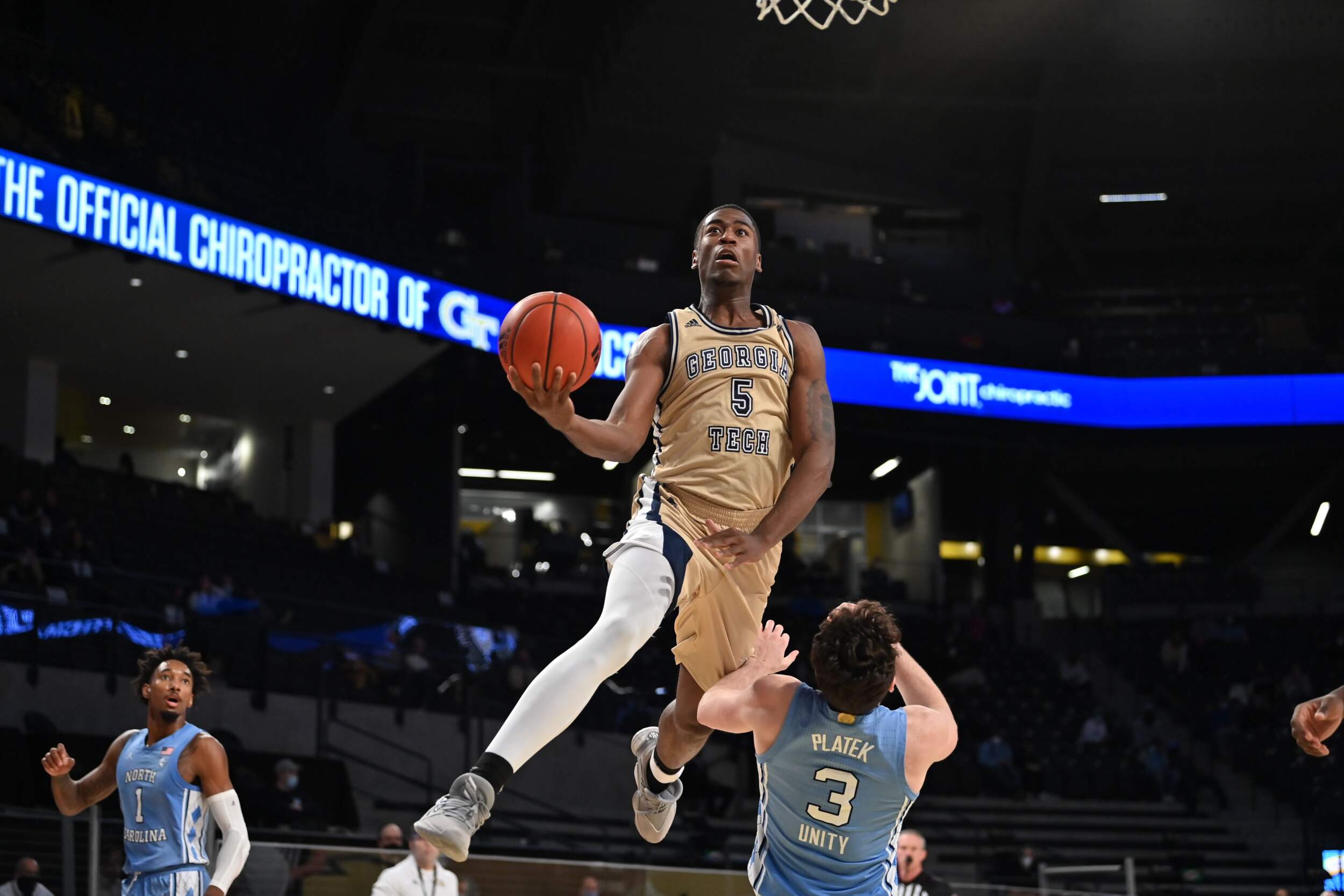 Moses Wright (5) ranks third in the ACC in scoring, ninth in rebounding and third in field goal percentage. (photo by Danny Karnik) 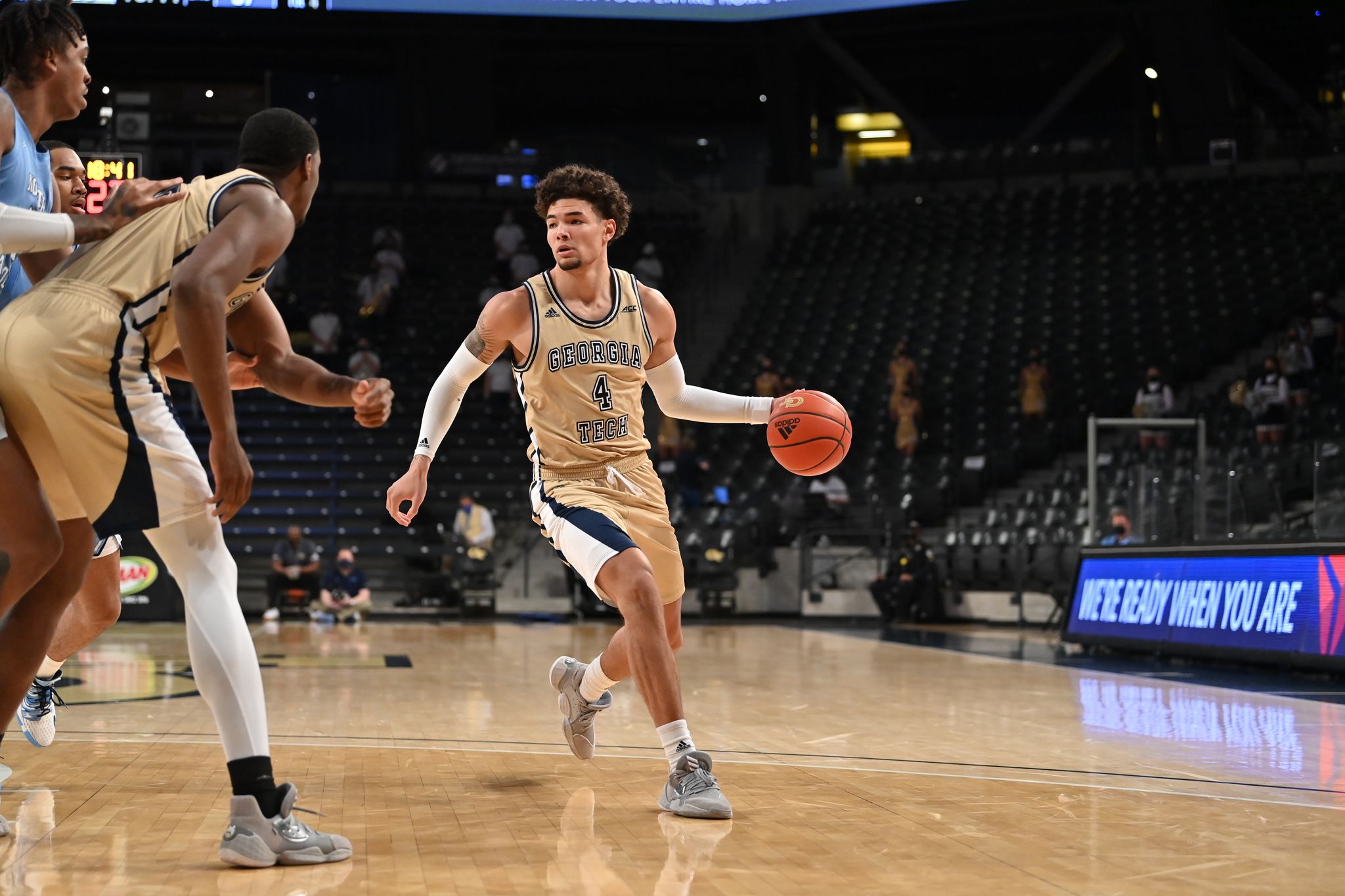 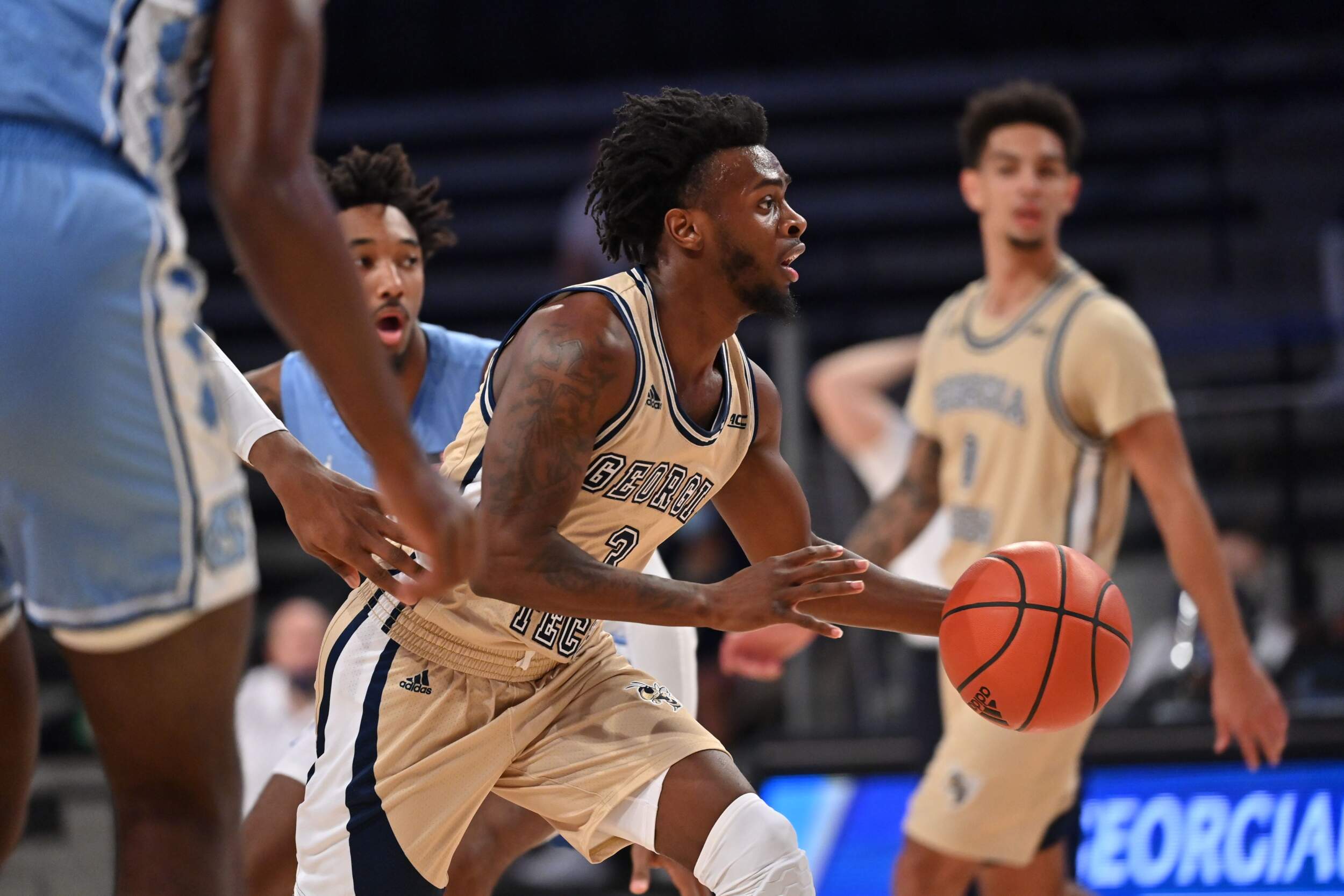 Bubba Parham (3) started Tech’s rally from eight points down in the second half with a pair of three-point field goals. (photo by Danny Karnik)