Tech (14-18, 6-12 ACC in 2018-19), about to begin its fourth season under head coach Josh Pastner, returns all five players who started the final two games of last season, and eight players who started a total of 123 games. Tech returns its top three scorers from the 2018-19 season – 6-foot junior guard Jose Alvarado, 6-9 senior center James Banks III and 6-4 sophomore guard Michael Devoe – who accounted for 48.4 percent of the Yellow Jackets’ points, 41.6 percent of the rebounds and 47.2 percent of the minutes.

Altogether, Tech returns eight of its top 11 players, who combined for 73.2 percent of its points, 66.4 percent of its points and 73.7 percent of its minutes. Most promising among the rest of the returning group is 6-9 junior forward Moses Wright, who reached double figures in four of his last five games, including a career-high 25 vs. Notre Dame in the ACC Tournament, 19 at Miami and 18 at NC State. He averaged 15.6 points (36-of-58 FG) and 6.2 rebounds over that stretch.

Alabama finished 18-16 overall last season, and tied for ninth in the Southeastern Conference at 8-10, but the Crimson Tide made a coaching change in the off-season, bringing in former Buffalo head coach Nate Oats, who was 96-43 with three conference championships with the Bulls.

There is no television coverage or live streaming of Sunday’s game. 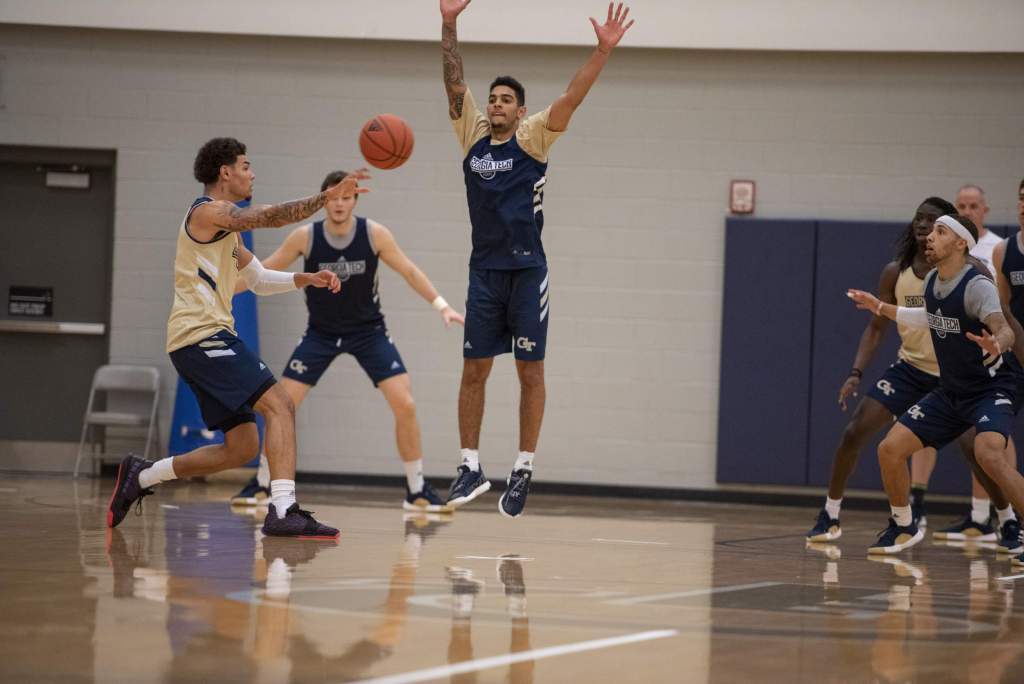 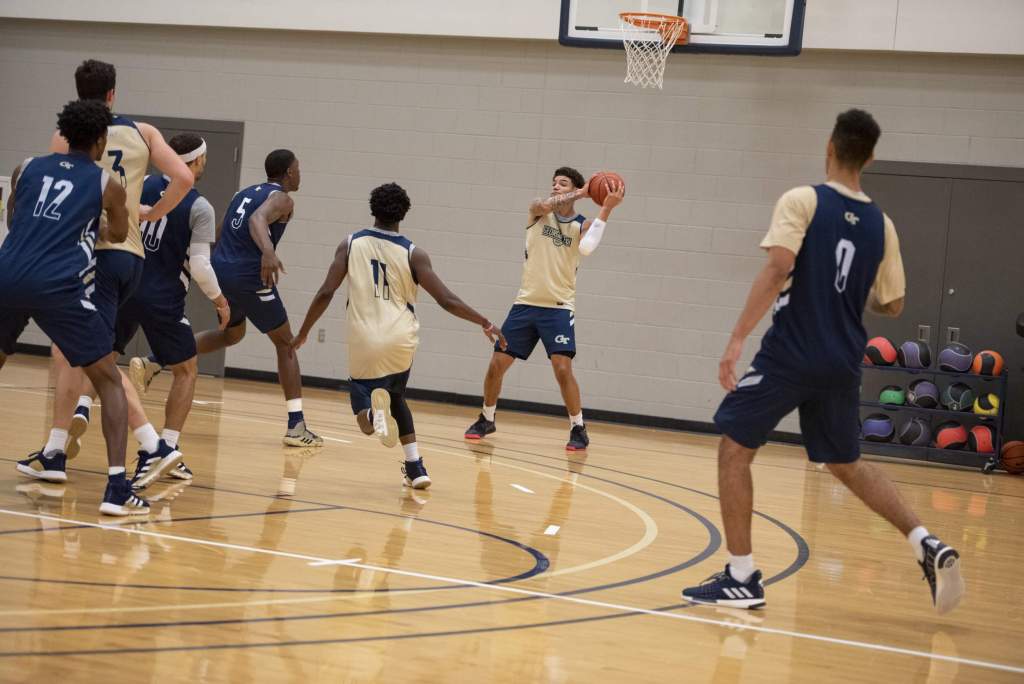 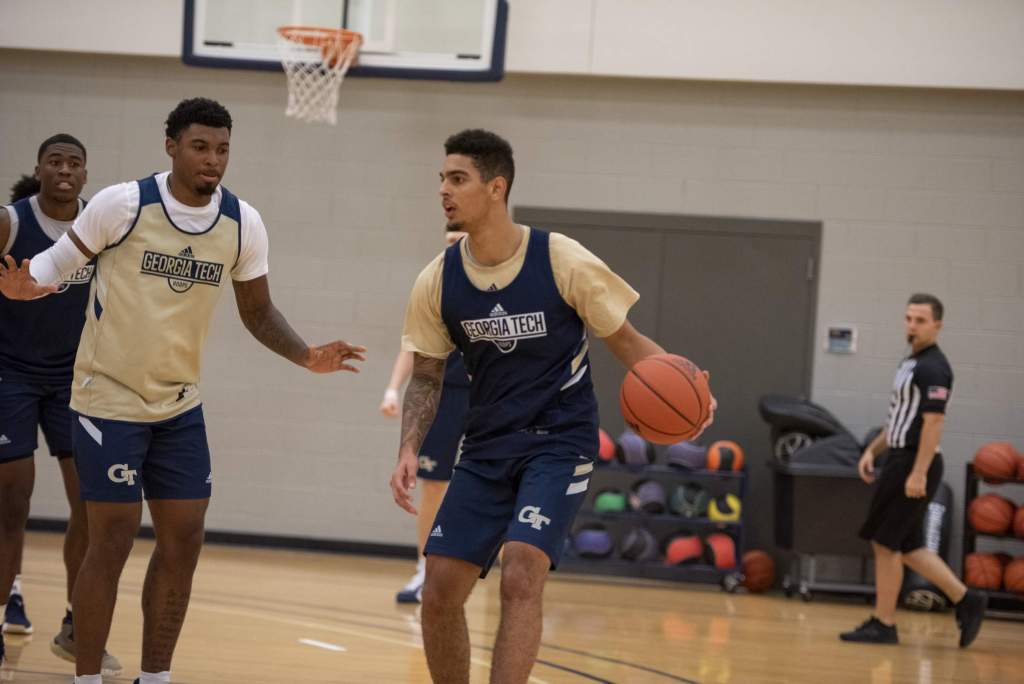 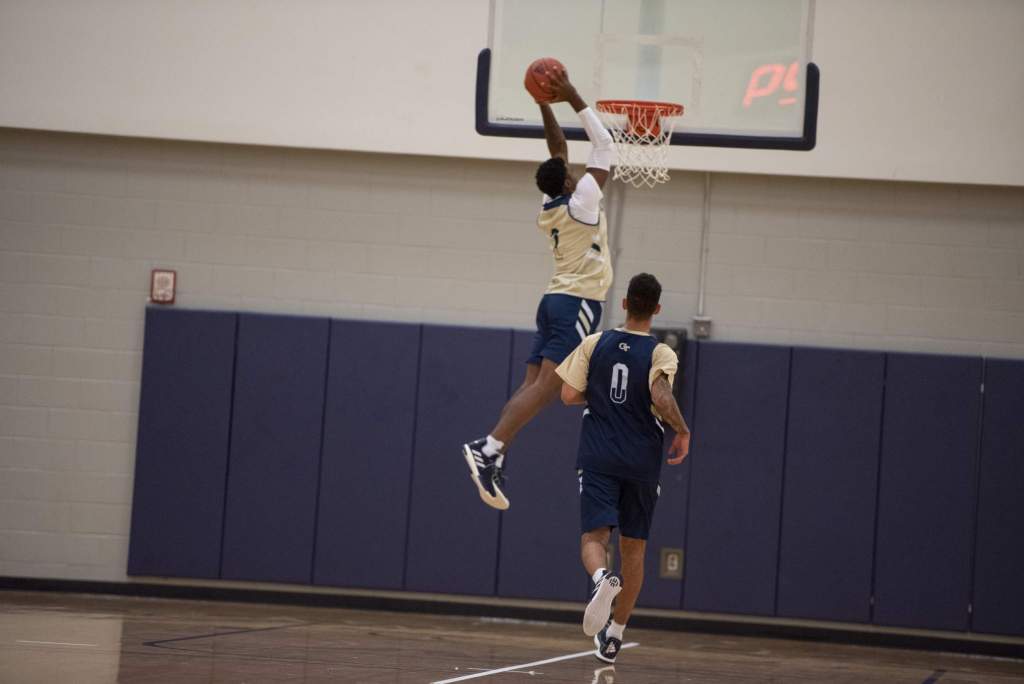 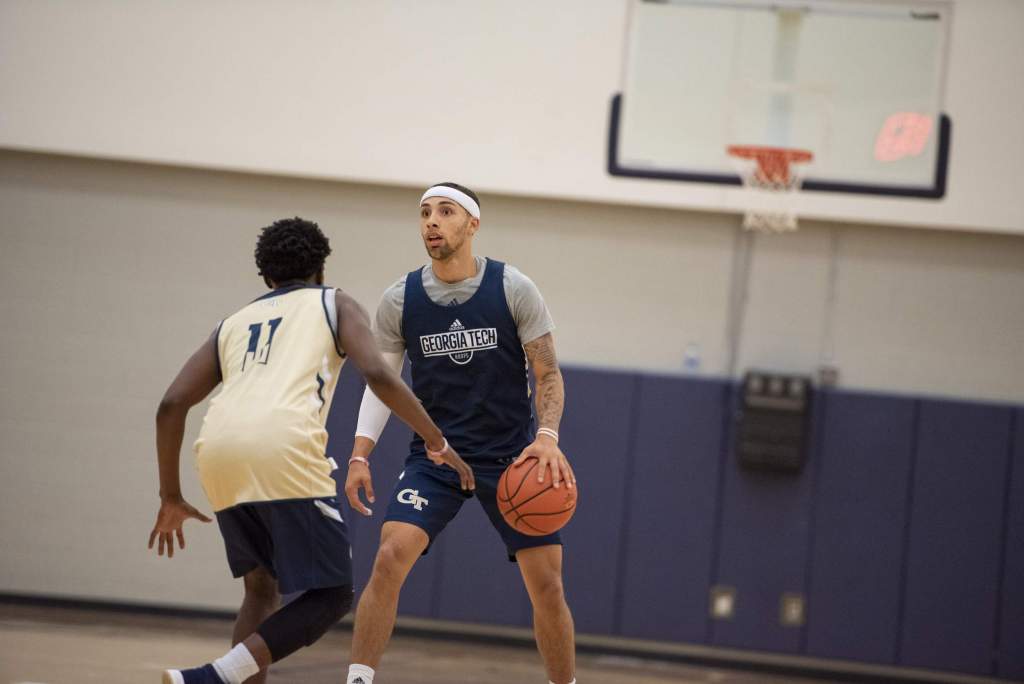 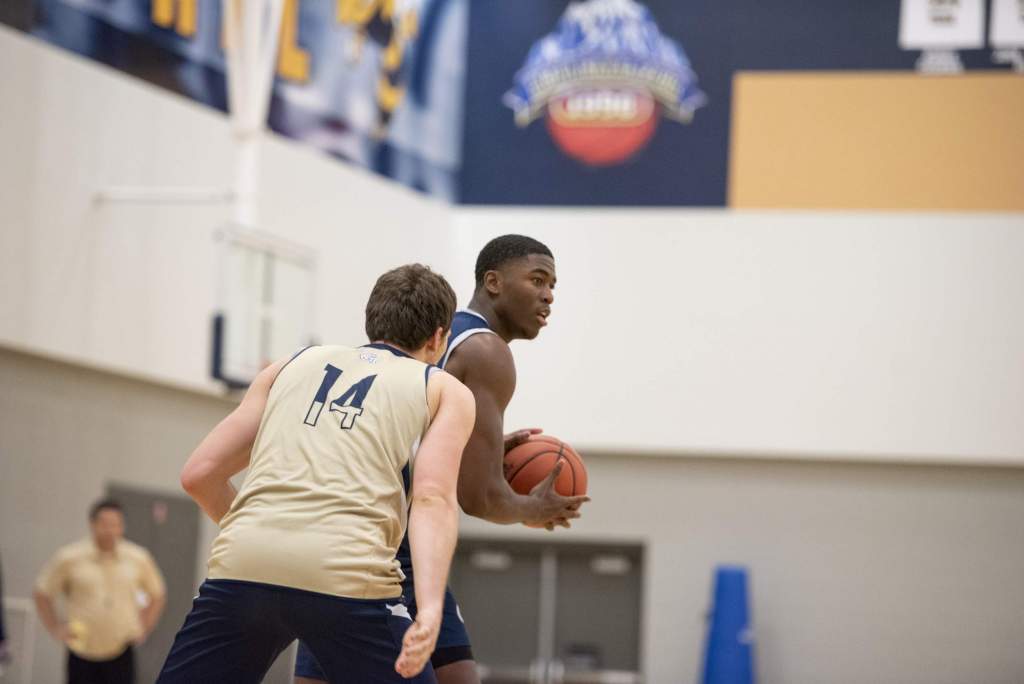 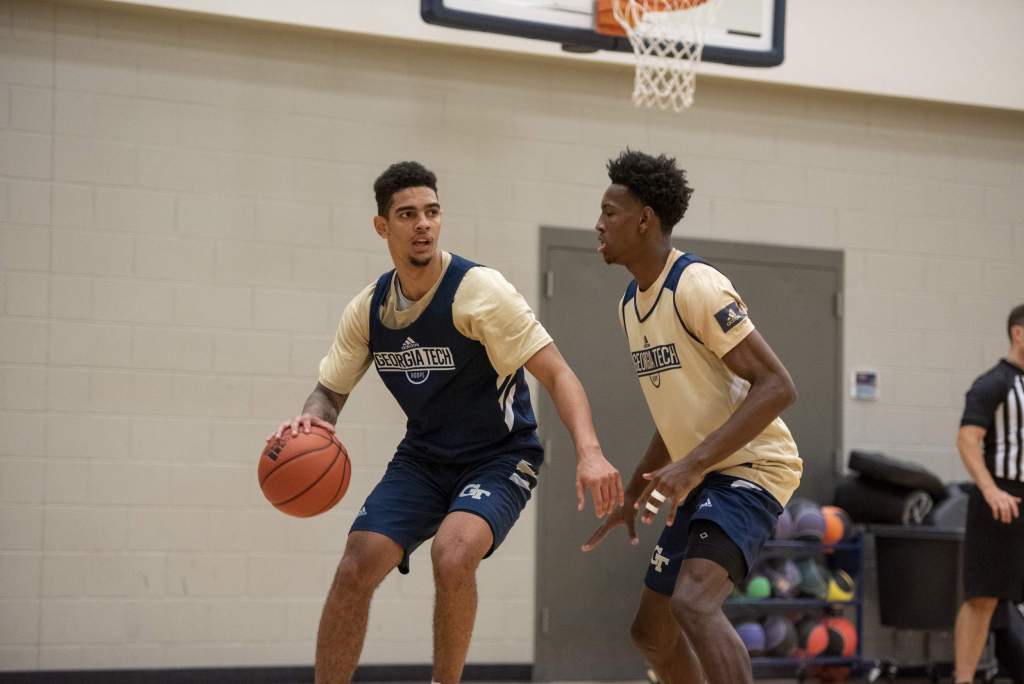 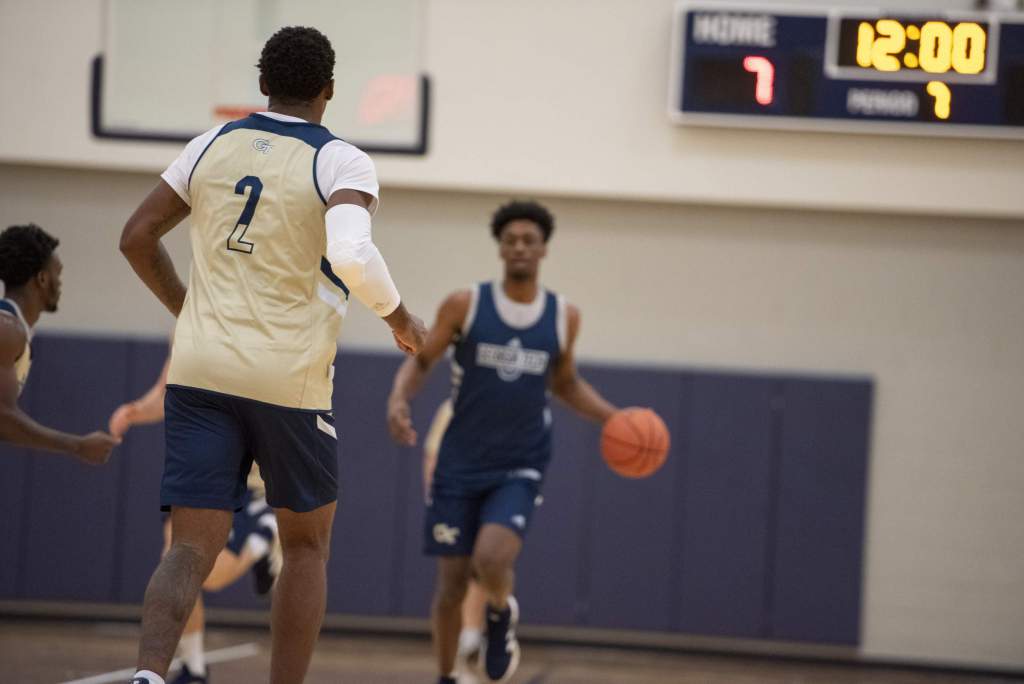 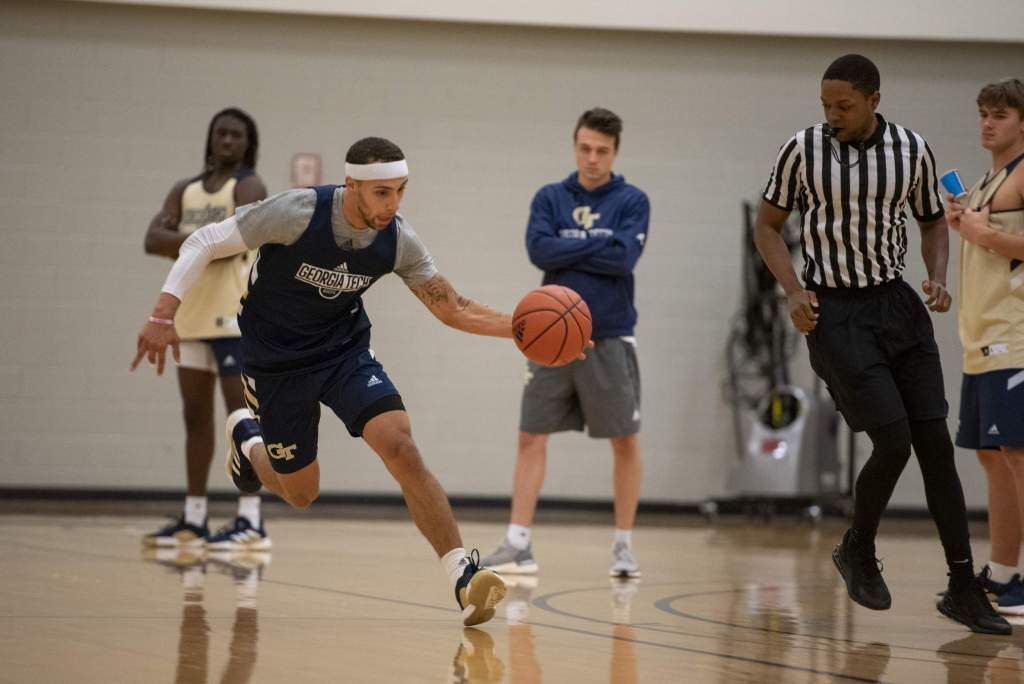 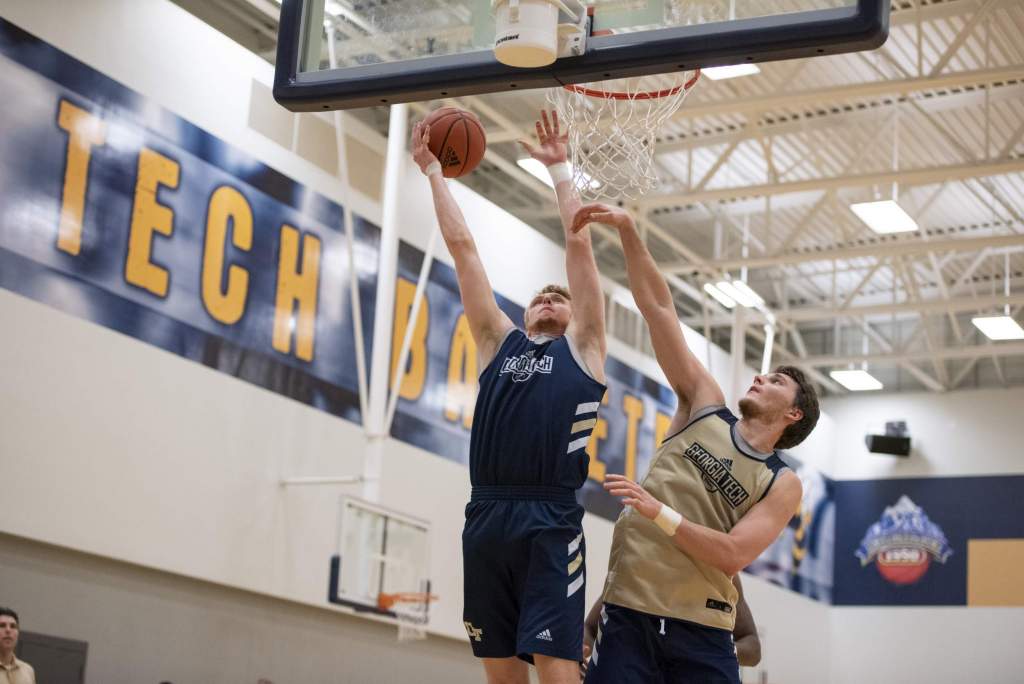 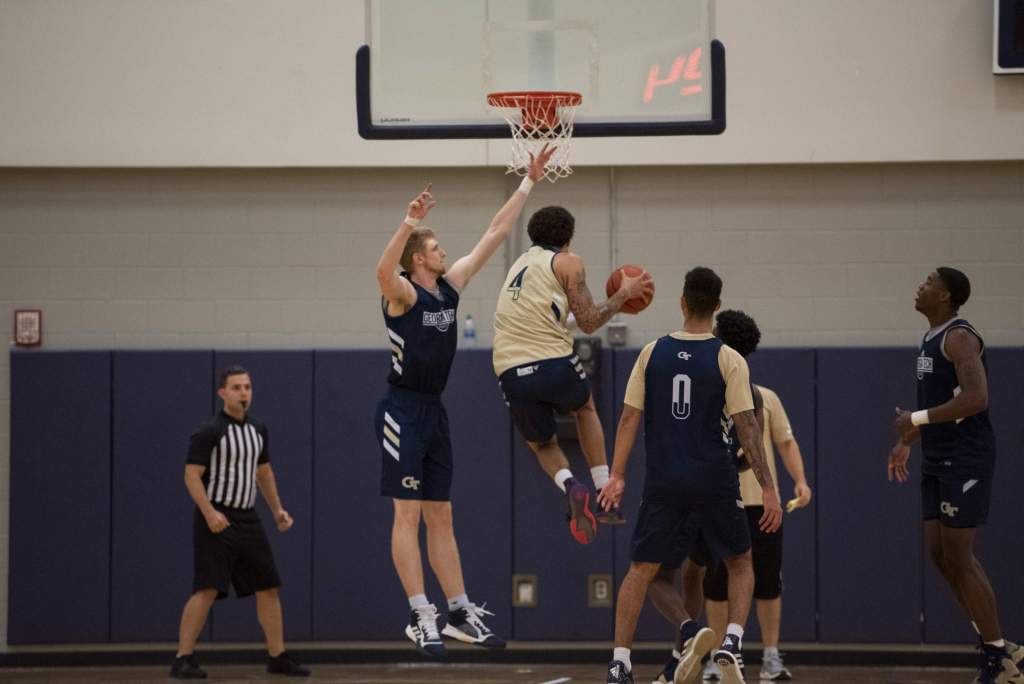 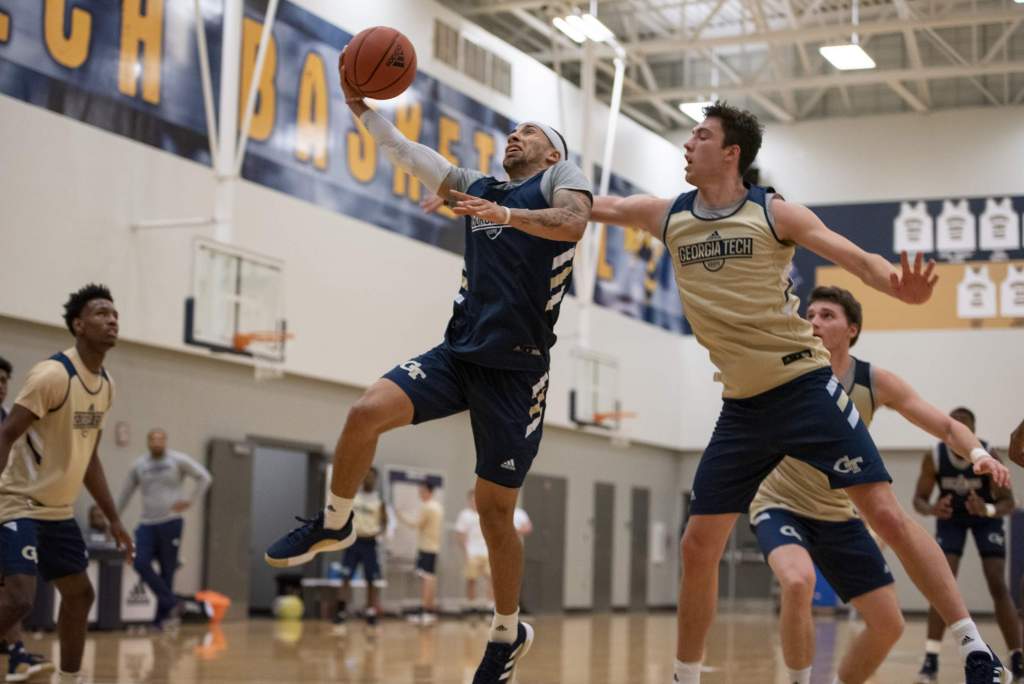 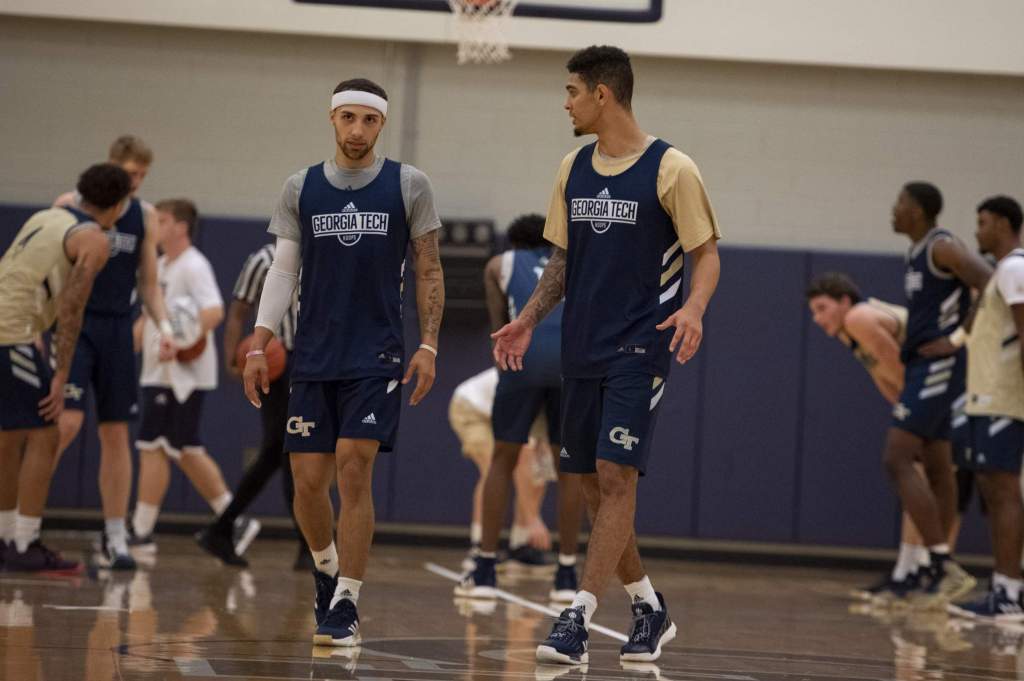 Georgia Tech and Alabama were longtime rivals in the Southeastern Conference who have continued to play occasionally since the Yellow Jackets left the conference following the 1963-64 season. The teams last met in a regular season game on Jan. 3, 2012 at State Farm Arena in Atlanta, a 73-48 Crimson Tide victory at State Farm Arena.

Alabama has won 10 of the 13 meetings between the two teams since Tech left the SEC, and has a 41-28 all-time series lead in games that count. The Jackets are 5-23 in games played in Tuscaloosa; dropping an 88-77 decision on Jan, 3, 2009 in the last meeting at Coleman Coliseum.

JACKETS DOWN GEORGIA COLLEGE IN EXHIBITION

Fifty-two percent field-goal shooting, 48-percent shooting from downtown, and a 15-0 second-half run led Georgia Tech men’s basketball to a hot start to its preseason exhibitions as it routed Georgia College 98-76 last Sunday afternoon at McCamish Pavilion.
Thanks largely to terrific ball movement (21 assists on 35 made field goals), the Yellow Jackets were led by six double-digit scorers on the afternoon, topped by junior Bubba Parham’s 15 (5-for-5 from three), while the Bobcats were led by junior guard Jordan Thomas (26 points). Also reaching double digits for Tech offensively was Jose Alvarado (14), Khalid Moore and Evan Cole (13) and Moses Wright (12).
Cole finished with a double-double, leading Tech with 11 rebounds as the Jackets showed real prowess down low. The Jackets won the rebounding game overall 51-26, while also getting 16 second-chance points on the day as well.