THE FLATS  –  Embarking on a four-game stretch run that includes just one home game, Georgia Tech travels to Coral Gables, Fla., Saturday for a 2 p.m. Atlantic Coast Conference basketball game against Miami at the Watsco Center.

Tech (12-15, 4-10 ACC), in its third season under head coach Josh Pastner, snapped a seven-game losing streak Wednesday night with a 73-65 victory over Pittsburgh at McCamish Pavilion. The Yellow Jackets, 2-7 on the road this season with wins at Arkansas and Syracuse, sit alone in 11th place in the ACC standings, a half-game behind Boston College, whom Tech will host on March 3 in its only remaining home game.

Miami (11-14, 3-10 ACC ACC), in its eighth season under head coach Jim Larranaga, began conference play 1-8, but is 2-2 in its last four games, having beaten Notre Dame and Clemson while falling to No. 8 North Carolina in overtime on the road. The Hurricanes, in a three-way tie for 12th place with Notre Dame and Wake Forest, had a midweek bye following a 64-57 loss at Boston College last Sunday.

Saturday’s game will be broadcast live on the ACC’s Regional Sports Network, and will be streamed live on ACC Network Extra, available through the ESPN app. Radio coverage is provided on the Georgia Tech IMG Sports Network, airing in Atlanta on 680 AM and 93.7 FM the Fan. The Tech broadcast is available on satellite radio (XM ch. 384, internet ch. 975).

Michael Devoe has connected on 19 of 37 shots from three-point range in his last 10 games. 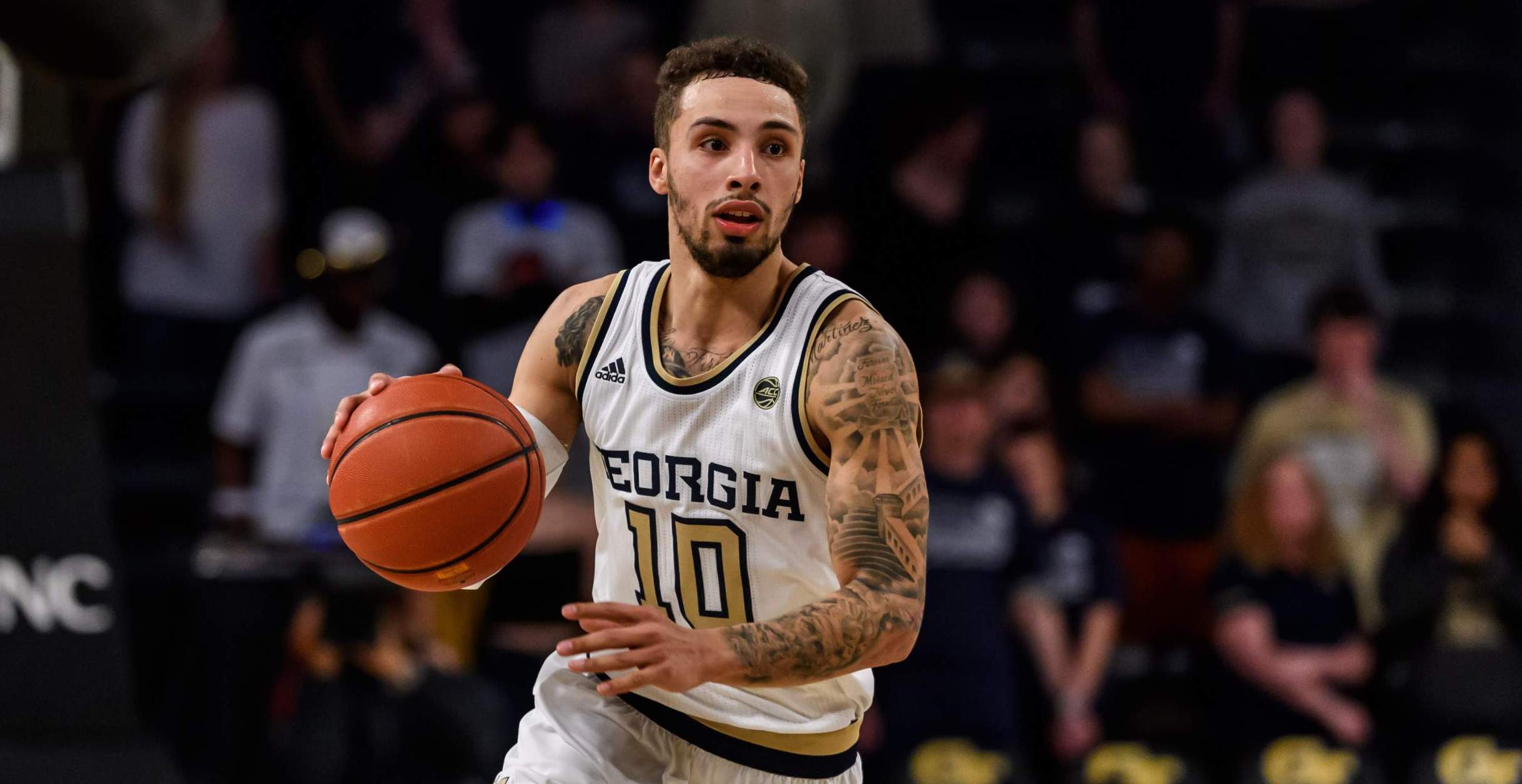 Jose Alvarado has scored 46 points in Tech’s last two games (Florida State and Pittsburgh), including a career-high 29 against the Panthers Wednesday night.