THE FLATS – As a Salute to Service on Veterans Day, Georgia Tech athletics is offering complimentary tickets for Monday’s men’s basketball game against Elon to all military personnel and first responders through VetTix, an organization that provides tickets for a wide range of events to U.S. military members and veterans.

The home opener for the Yellow Jackets, the Tech-Elon game tips off at 7:30 p.m. at McCamish Pavilion. Service members can register for up to four tickets each through VetTix at this link.

Tickets redeemed through the site can be claimed with valid identification until game time. Those who do not redeem tickets through the VetTix site can show a valid ID that they are a member of the military or a first responder at the ticket window, and receive a ticket to the game.

As a grateful thanks to all military members and first responders, head coach Josh Pastner is paying for all tickets that are redeemed. 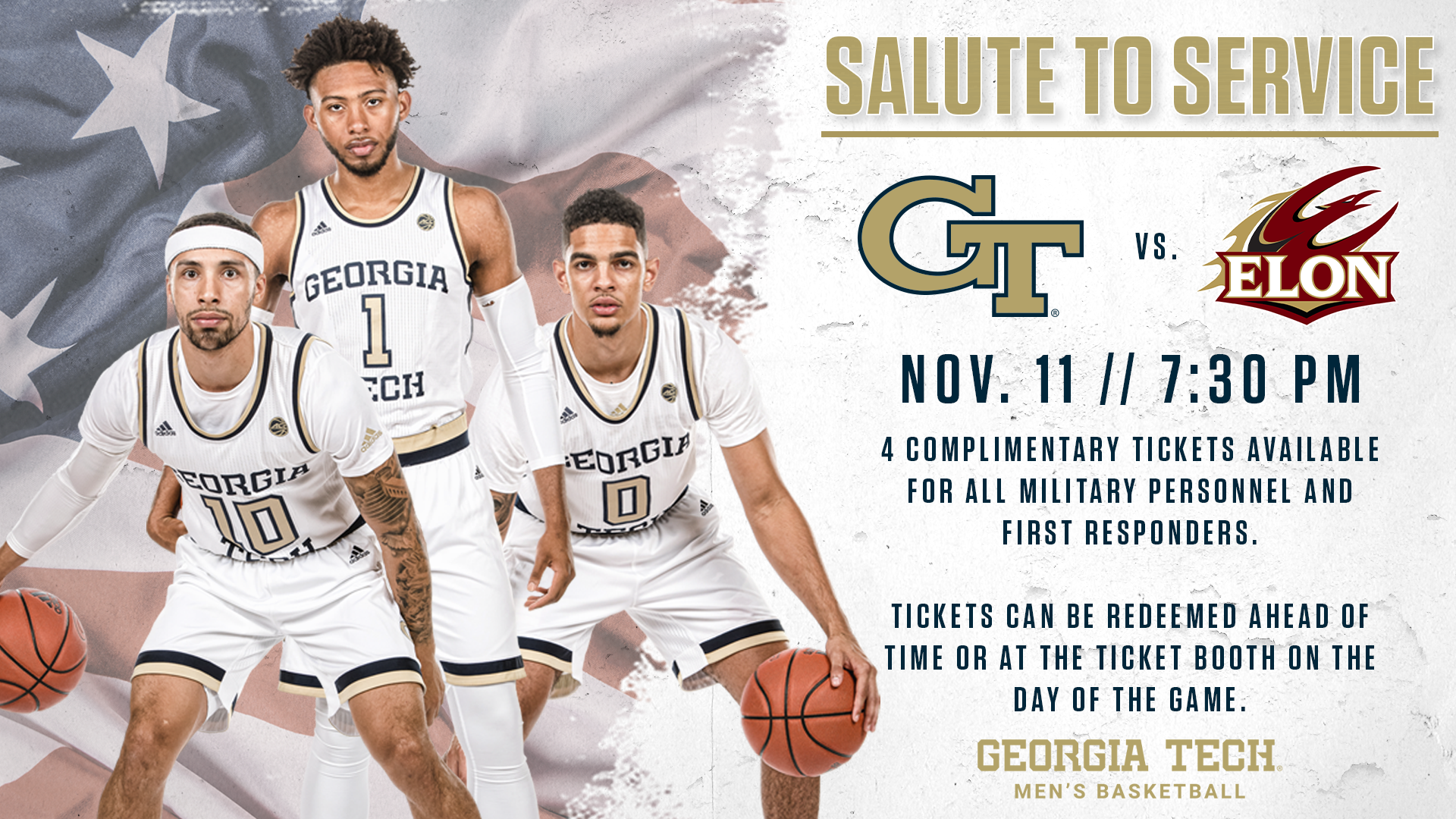