THE FLATS – Georgia Tech takes on its third power conference team in four games this season Monday night when the undefeated Arkansas Razorbacks come to Atlanta for a 7 p.m. contest at McCamish Pavilion.

Tech (2-1. 1-0 ACC) began its fourth season under head coach Josh Pastner with a dramatic 82-81 overtime victory over NC State in Raleigh, N.C., and followed with a 64-41 homecourt win over Elon on Nov. 11. The Yellow Jackets fell 82-78 at Georgia for their first loss Wednesday night. Tech has the ACC’s leading scorer in sophomore guard Michael Devoe.

Arkansas (5-0, 0-0 SEC), in its first season under head coach Eric Musselman, is playing its first road game of the 2019-20 season after winning five games at Bud Walton Arena. The Razorbacks have held their five opponents to 47.8 points per game and won by an average of 28.2 points. Opponents have made just 11 of 81 three-point field goals and 33.7 percent from the floor overall.

Monday’s game will be televised live on the ACC Network, with live streaming available through the ESPN app. Radio coverage is provided through Learfield IMG College, airing in Atlanta on 680 AM and 93.7 FM the Fan and through the TuneIn app. The Tech broadcast is also available on satellite radio (XM ch. 388, internet ch. 978). 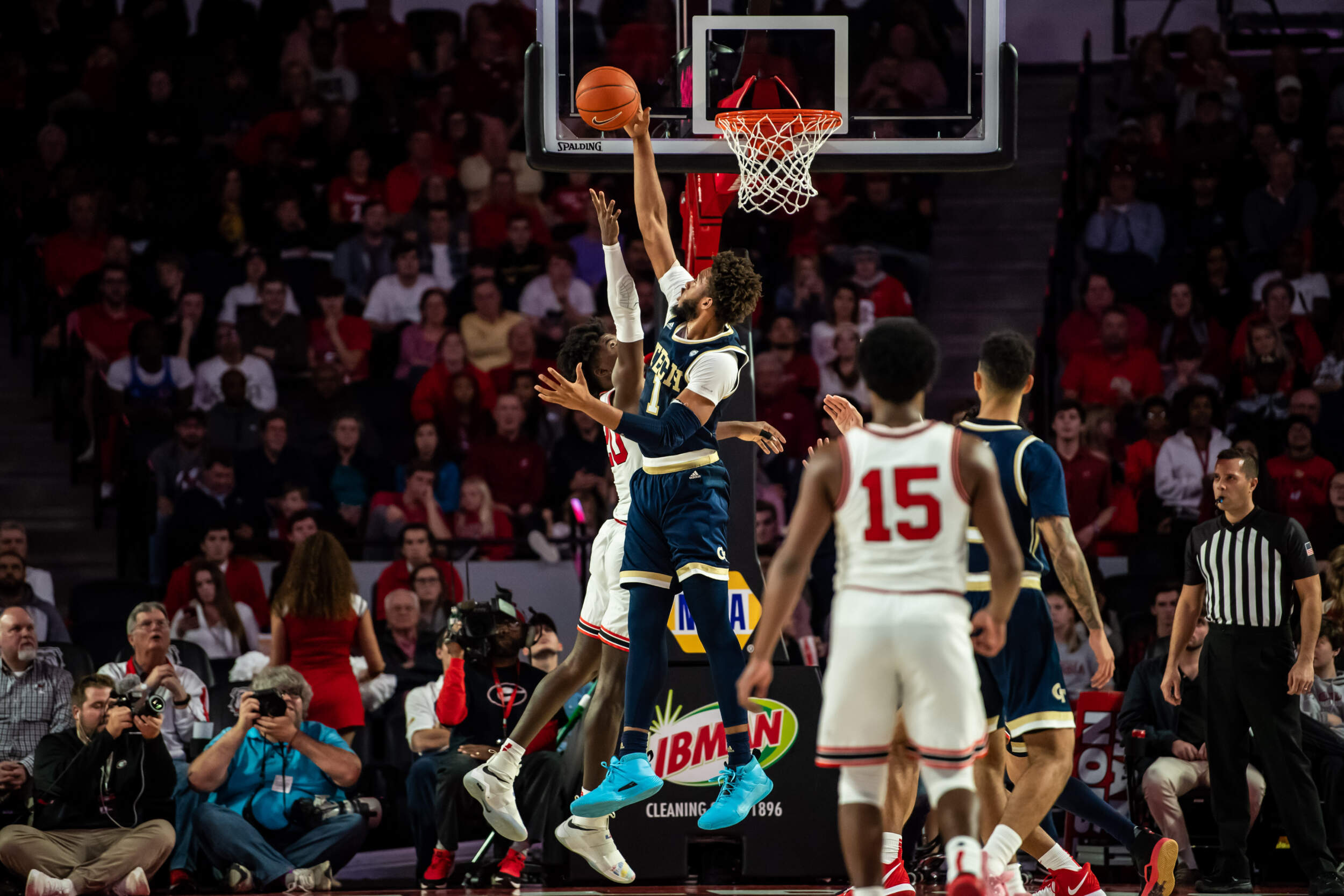 James Banks III leads the nation in blocked shots with 5.67 per game. (photo by Danny Karnik)

Georgia Tech improved 5-1 all-time against Arkansas after the Yellow Jackets’ 69-65 victory over the Razorbacks last Dec. 19. Arkansas is the second of three Southeastern Conference foes on Tech’s 2019-20 schedule. 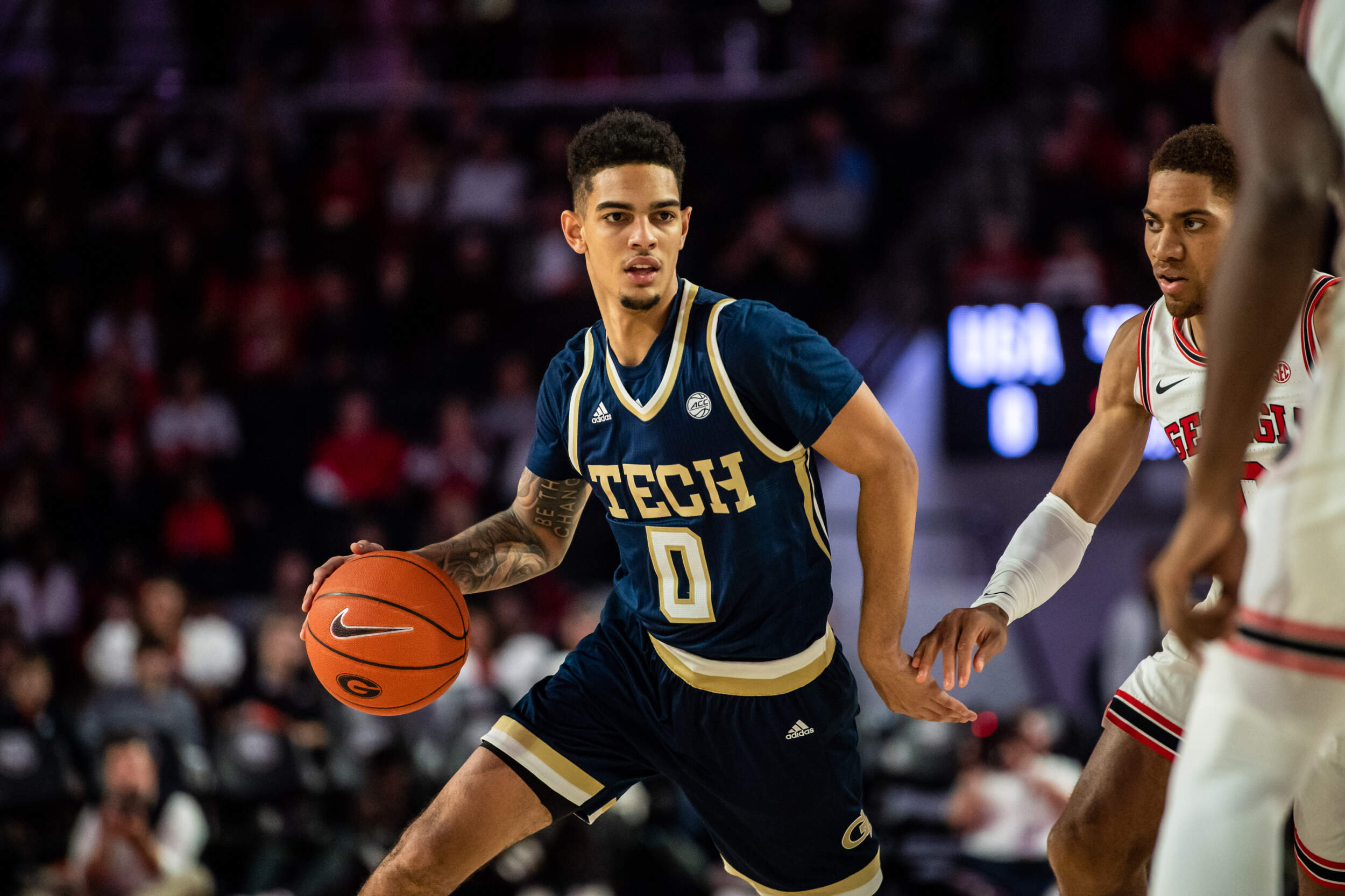 Michael Devoe leads the ACC in scoring at 26.0 points per game. (photo by Danny Karnik) 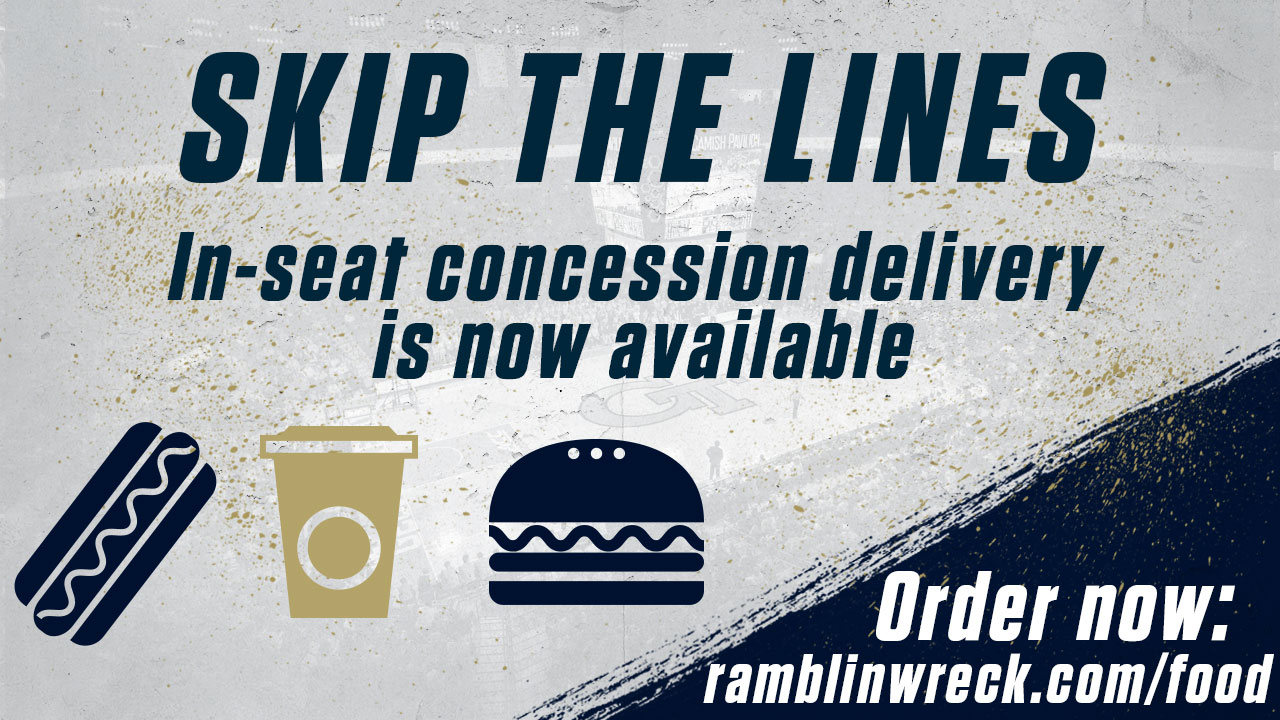 All fans can now order food from McCamish Pavilion concessions and have the items delivered to their seats.