Like a fighter that gets knocked down but not out, Georgia Tech bounced off the canvas with a vengeance and delivered a knockout punch to the rest of the Atlantic Coast Conference, capturing its third conference title in nine years.

Led by the amazing play of sophomore forward James Forrest, Georgia Tech stunned the ACC by becoming only the fourth sixth seed ever to win the conference tournament. To do so, the Yellow Jackets had to knock off eighth-ranked Duke in the quarterfinals, 69-66; a stubborn Clemson team in the semis, 69-61; and then No. 1 North Carolina in the finals, 77-75.

Forrest averaged 26.7 points and 7.0 rebounds and hit 69 percent of his shots to claim the Everett Case Award as the tourney MVP. He poured in 27 points against Duke, 26 versus Clemson and 27 against UNC, the first player to top 20 points in three consecutive tournament games since Virginia’s Wally Walker in 1976.

The Jackets also got a boost from their backcourt tandem of sophomore Travis Best and freshman Drew Barry.  Barry broke the tournament assist record with 27 handouts, earning him a spot on the all-tournament first team, while Best struggled with his shooting but handled and distributed the ball well enough to make the second team. 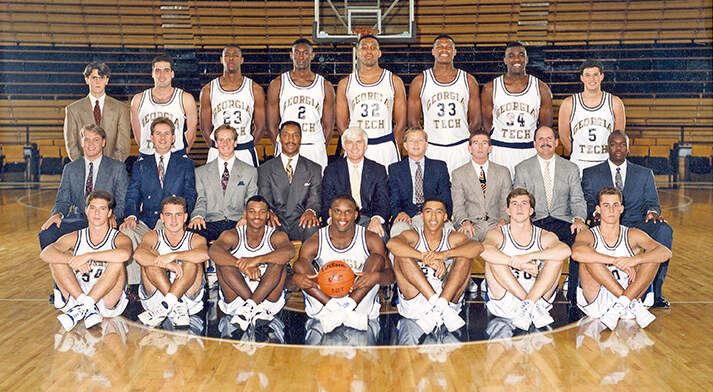 In addition to playing on ACC championship teams in 1990 and 1993, senior Malcolm Mackey broke the Tech career rebounding record early in the season and climbed to eighth in ACC history with a career total of 1,205 boards, along with 1,734 points.  The 6-11 center averaged 15.6 points and 10.2 rebounds per game and notched 16 double-doubles on the season.

A pair of freshmen rounded out the Tech starting five in Barry, who joined the lineup midway through the season and provided a spark with his ball-handling and three-point shooting, and swingman Martice Moore, the 1993 ACC Rookie of the Year.  After averaging 10.5 points, 4.6 rebounds and 2.1 assists per game, Moore became the seventh Yellow Jacket in the last 11 years to be named the league’s top freshman.

Thanks to that stunning victory in the ACC Tournament, the Yellow Jackets entered their ninth consecutive NCAA Tournament in fine fashion, having won seven of nine games.  In doing so, Tech transformed itself from a team that many thought was in danger of missing the 64-team field to the fourth seed in the West Region in Tucson, Ariz. 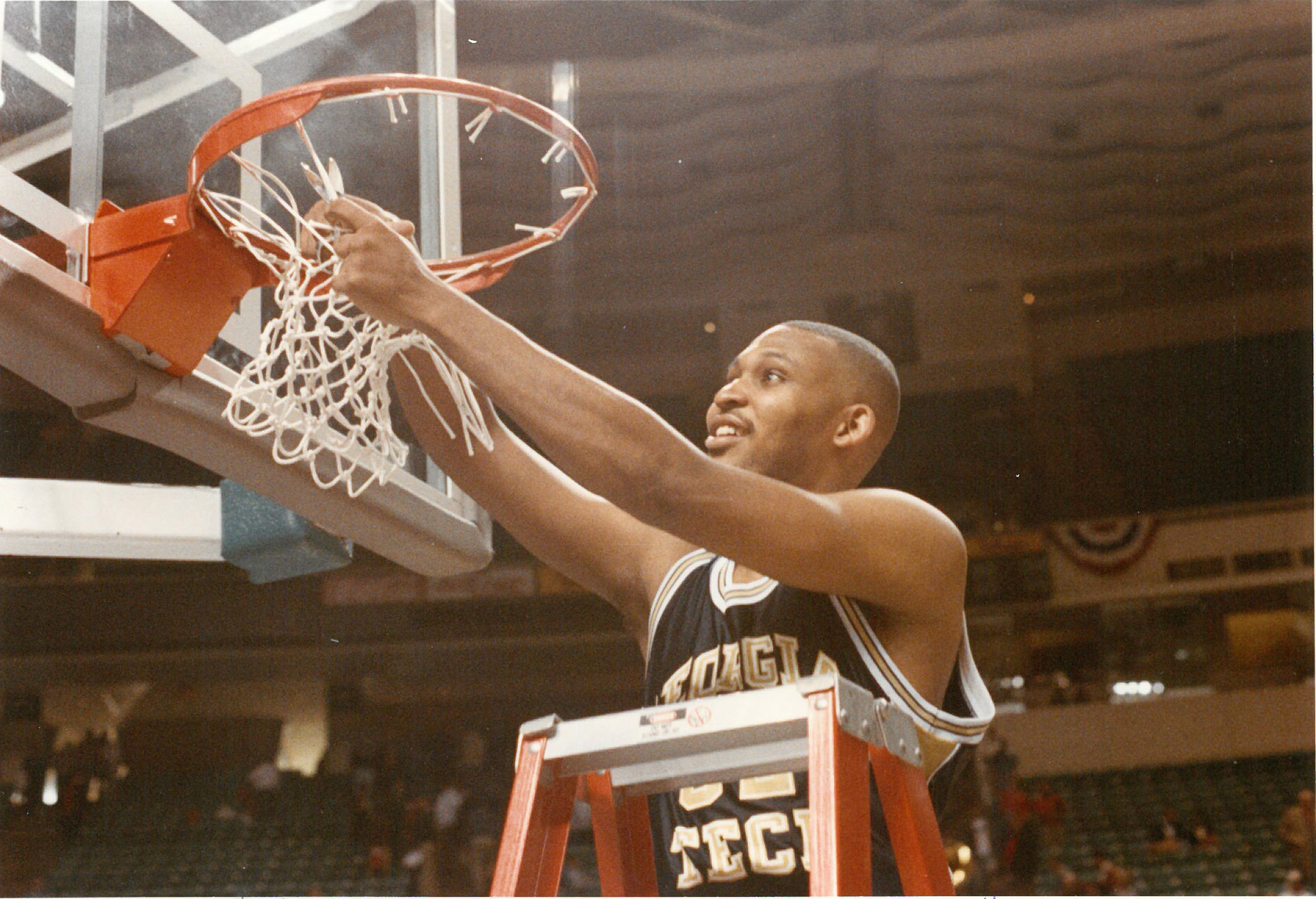 Malcolm Mackey, a senior who had been a freshman on Tech’s 1990 ACC Champion and NCAA Final Four team, became the first Yellow Jacket to be a part of two Atlantic Coast Conference championship teams.

Unfortunately for the Jackets, the roller coaster ride ended on a downward note as Tech was upset by the surprising Southern University, 93-78, in the first round of the NCAA Tournament.  Despite the finish, the Rambling Wreck finished with a 19-11 record while facing the nation’s fifth toughest schedule, according to the Sagarin Index.

In addition to earning the school’s ninth consecutive NCAA bid-the fourth longest current streak in the nation-the Rambling Wreck twice upended the nation’s number one-ranked team with the victories over Duke and North Carolina.  Tech toppled a total of five Top 10 foes, posting a 5-4 record in such games along with a 7-7 mark against all nationally-ranked teams. 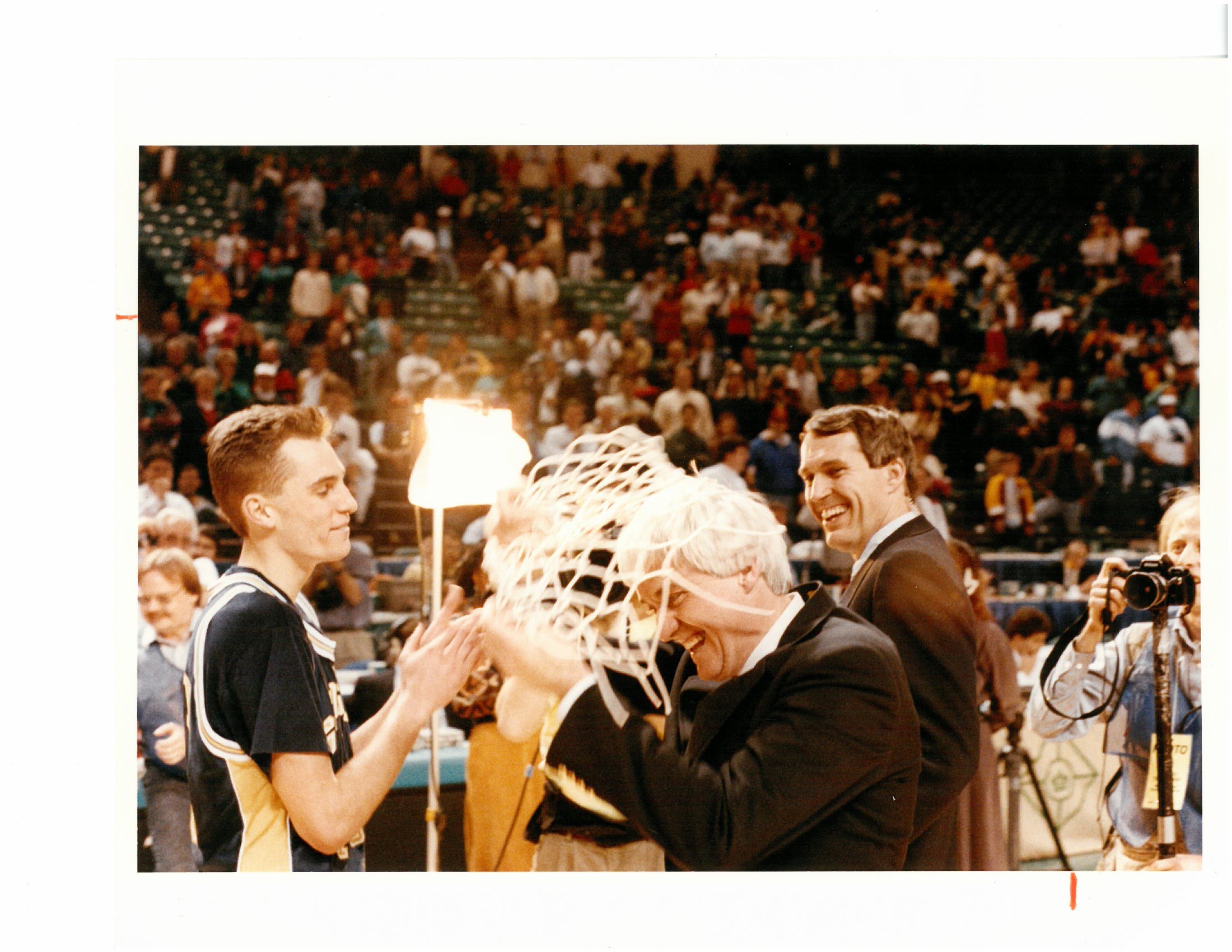