The “Lethal Weapon 3” trio of Dennis Scott, Kenny Anderson and Brian Oliver carried third-seeded Tech to the title with wins over NC State, Duke and Virginia. Oliver averaged 23.3 points, including 31 in the semis, to claim Most Valuable Player honors. The title sent Tech into the NCAA Tournament on a high note, and the Jackets went on to earn their first trip to the Final Four.

The No. 3 seed in the ACC Tournament, Tech rallied from a 10-point halftime deficit to score a 76-67 win over the Wolfpack in the quarterfinals. The Jackets again found themselves trailing at the intermission against a nationally-ranked Duke team that would join Tech in the Final Four, but Oliver and Scott, who also had 31 points, led the second-half assault in the 83-72 win. In the title game, Oliver aggravated an injured ankle but still provided the spark down the stretch in Tech’s 70-61 win over the Cavaliers. 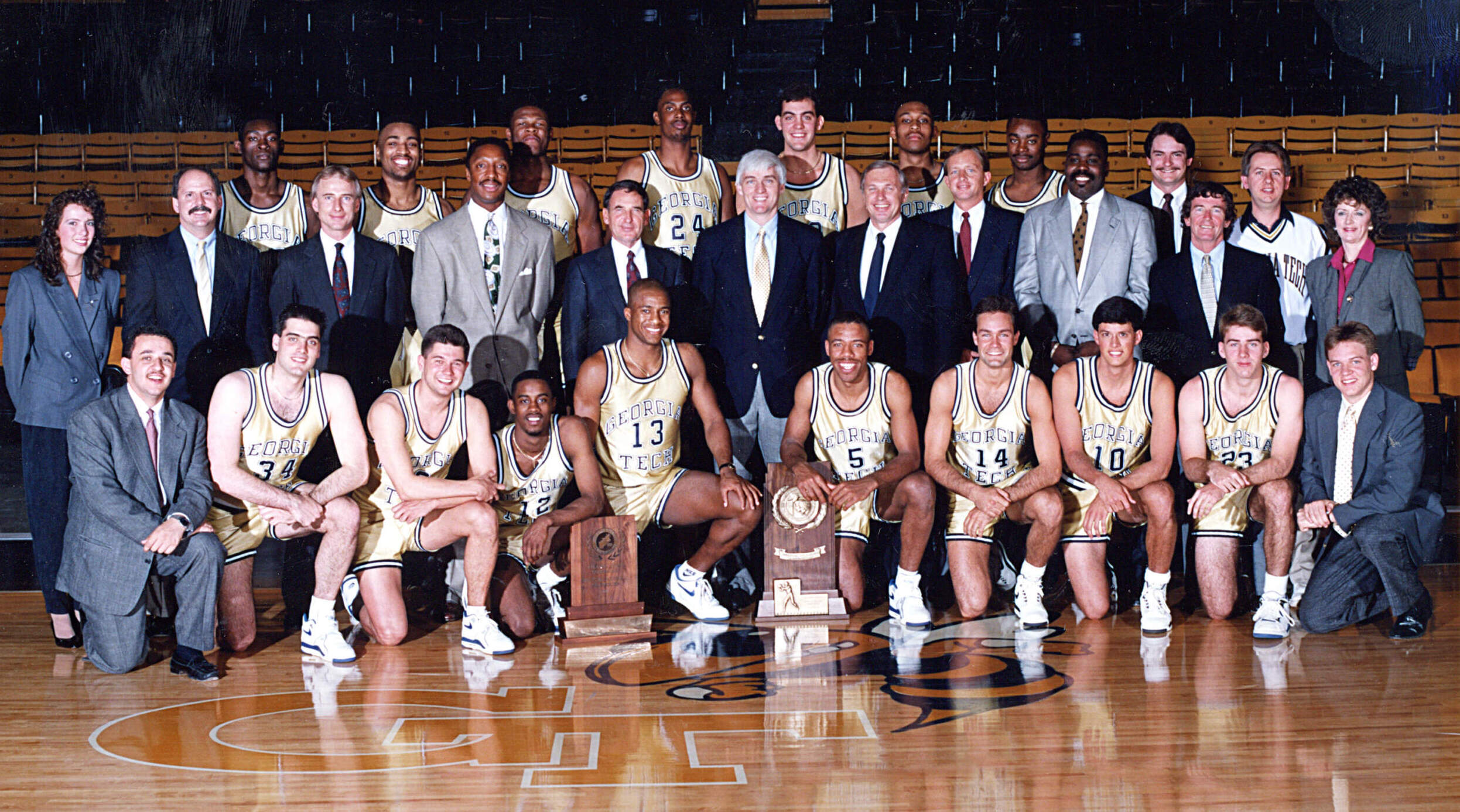 Then for the first time in school history, Tech reached the promised land of the “Final Four,” capturing the Southeast Regional with thrilling wins over Michigan State (81-80 in OT) and Minnesota (93-91).

Against the Spartans, Kenny Anderson hit a game-tying jumper dangerously close to the buzzer to send the game into overtime.  Dennis Scott hit the actual game-winner, a leaning one-hander with seven seconds left.

There was no doubt in the Minnesota game as the trio of Anderson, Scott and Brian Oliver combined for 89 of 93 points for the victory to send the Jackets to the Final Four.  After the game, Cremins said, “This is the best team I’ve ever coached.”

In Denver, the Jackets lost to eventual national champion UNLV in the semifinals to end a dream season with a 28-7 record, the most wins in school history. 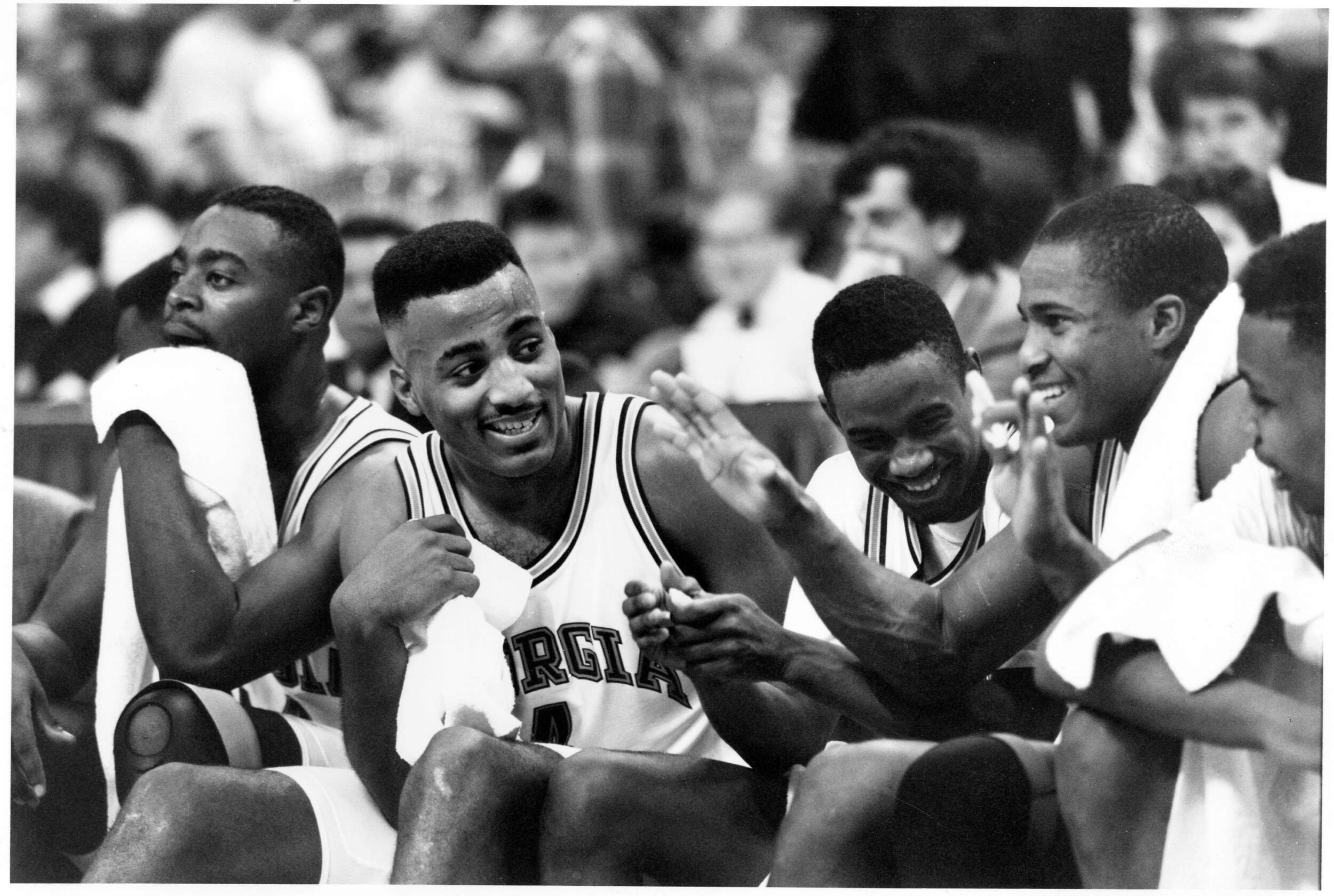 Oliver became the first player in Georgia Tech history and only the third ACC player ever to compile 1,500 points, 500 rebounds and 500 assists in his career.  For the second year in a row, he led the ACC in rebounding among guards.  Beyond statistical input, Oliver was truly the backbone of this 20-win team.

Scott’s creative offensive skills blossomed after his summer training regimen took 20 pounds off of this frame.  His ability to score inside the lane or outside the three-point line made him one of the nation’s top 10 scorers.  He climbed over the 2,000-point mark in his career and moved into third place on Tech’s all-time scoring list.

Anderson lived up to all the expectations of a highly-touted recruit, and more.  He won the ACC Rookie-of-the-Week award an unprecedented 10 times during the season.  He recorded a “triple-double” and six near-misses while ranking No.1 in the league in assists and No. 5  in scoring.

Together, they became Georgia Tech’s “Lethal Weapon 3,” a potent combination of scoring, rebounding and passing abilities. Tech’s fastbreak attack was off and running behind this trio, but the Jackets became more than a three-on-three game.  The underrated frontline of Johnny McNeil and Malcolm Mackey developed into a tough combo while super-sub Karl Brown found his role as a defensive stopper.

The Jackets mixed this formula to perfection in the ACC Tournament and its NCAA Tournament run. 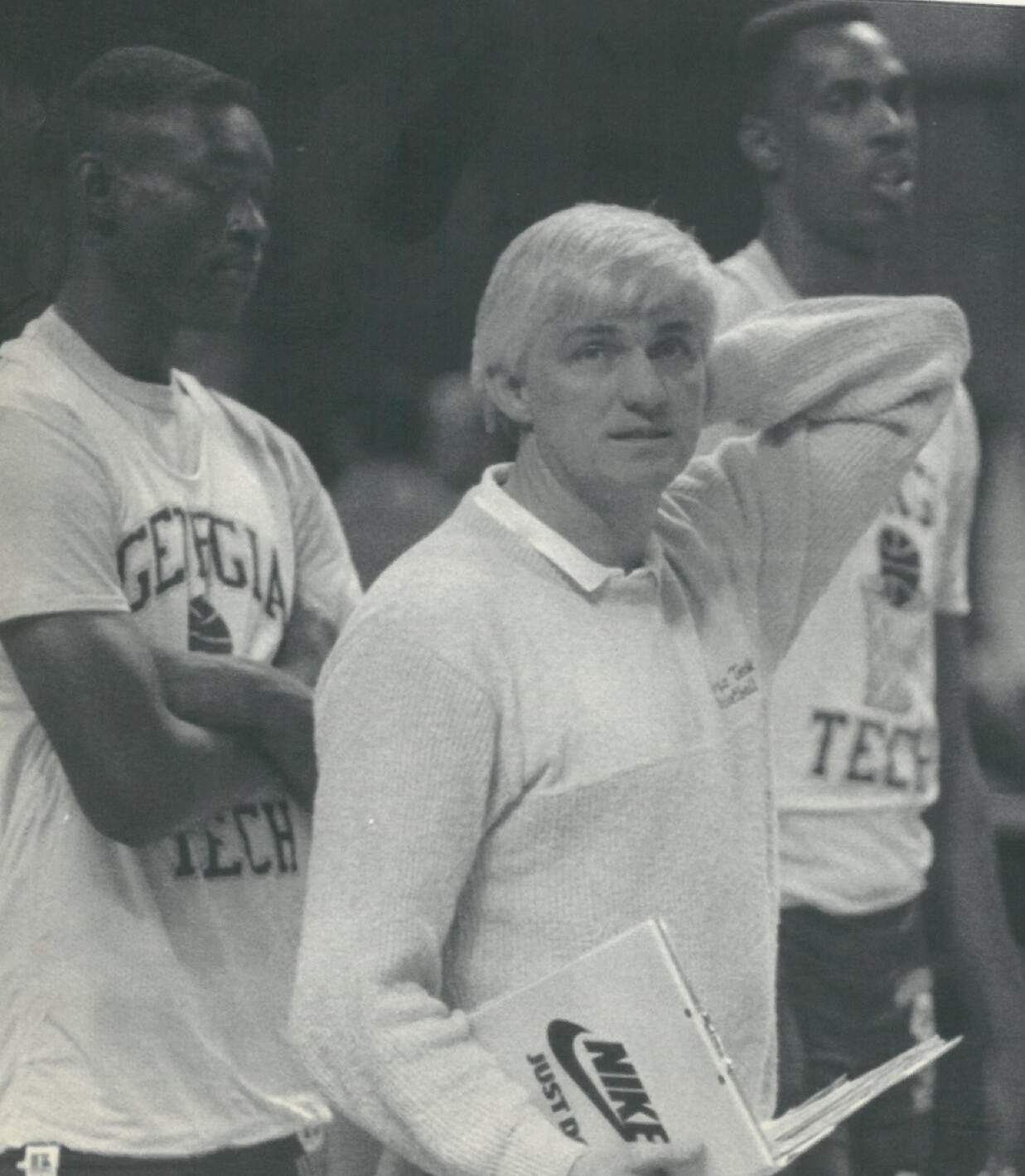