Jackets Back Home to Take on Pitt

THE FLATS – Finishing a stretch of three games over five days, Georgia Tech returns home to face Pittsburgh for a 4 p.m. contest Sunday at McCamish Pavilion. The game is a makeup of the contest originally scheduled for Jan. 12 but was postponed under COVID-19 protocols.

The Yellow Jackets (9-8, 5-6 ACC), 3-5 since returning from its 17-day pause, are tied for 10th place in the ACC standings and have a NCAA NET ranking of No. 62. Tech, which is 5-1 at home against ACC teams this season, looks to end a two-game losing streak after falling 57-49 at home to Virginia last Wednesday and 74-72 on the road to Clemson Friday night.

The Panthers (9-6, 5-5 ACC), who haven’t played since last Saturday after having their midweek game at Louisville postponed, are tied for seventh place in the ACC. Pitt has lost three of its last four games, falling at Virginia, 73-66, in its last game Feb. 6. The Panthers are 1-2 on the road in the ACC this season, having beaten Syracuse on Jan. 6.

Sunday’s game will be televised nationally on the ACC Network and will be streamed live on the ESPN app. Radio coverage is provided by the Georgia Tech Sports Network by Learfield IMG College, with flagship station WCNN-Radio (680 AM, 93.7 FM) in Atlanta. The Tech broadcast can be heard on SiriusXM Ch. 371 (Internet 371) and the TuneIn app. 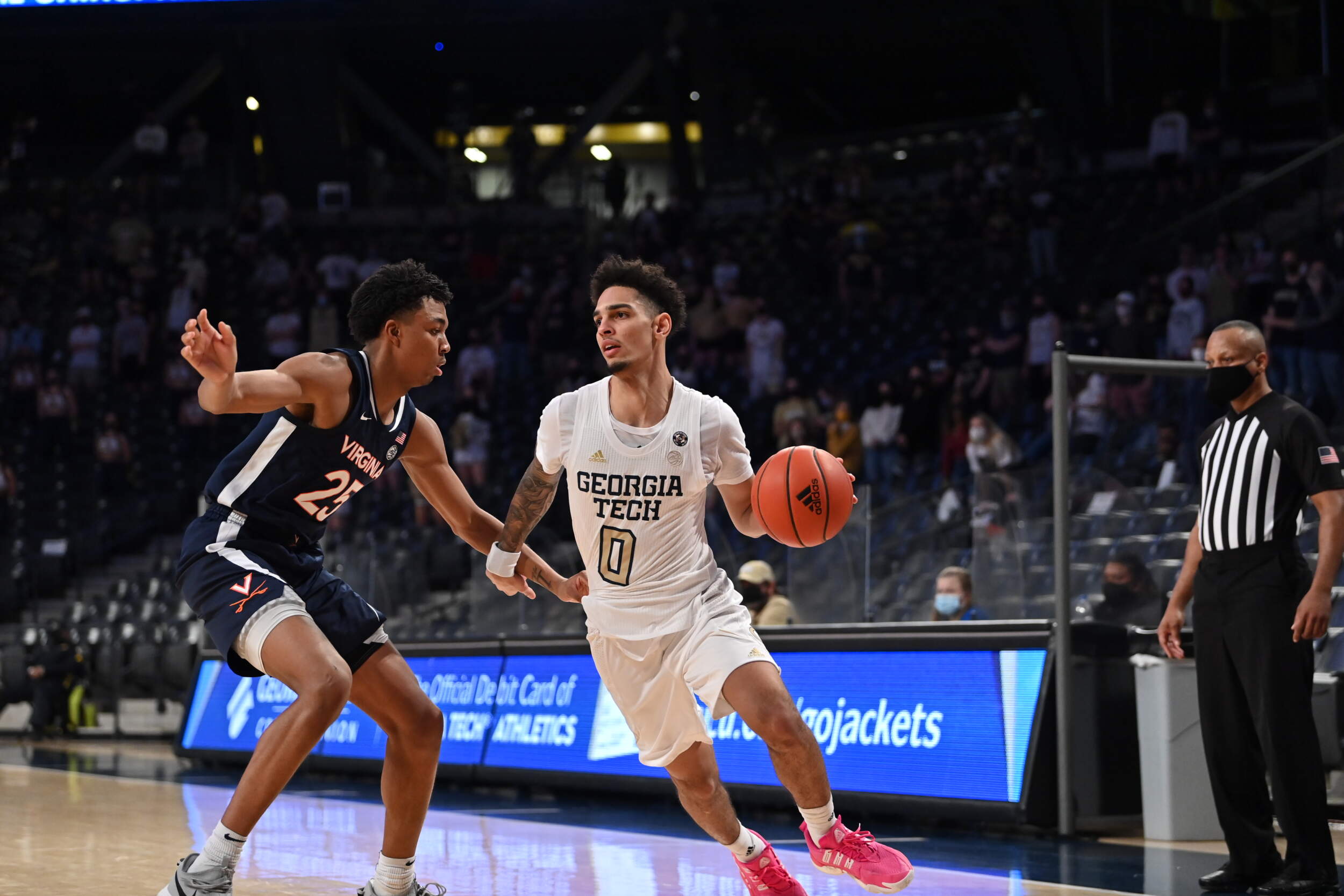 Georgia Tech holds a 9-5 lead in its all-time series with Pittsburgh. The teams split their regular season meetings in 2019-20, falling 73-64 in Pittsburgh and winning 73-57 in Atlanta … Tech’s 73-57 win in the last meeting was the widest margin of victory for either team since Pitt joined the ACC. Seven of the nine meetings as ACC foes have been decided by eight points or less … Tech won the first five games in the series, prior to Pitt’s entry into the ACC, all of which took place between 1966 and 1989, and the Panthers have won five of nine as members of the conference … Tech is 3-1 against the Panthers’ current head coach, Jeff Capel, having scored an 86-65 victory over VCU during the 2003-04 season when Capel was the Rams’ head coach.

.@GTMBB's Jose Alvarado (@AlvaradoJose15) is one of the best PGs in the country & an absolute joy to watch compete. Just ask those around him…

Jordan Usher: "Jose would cut off his fingers to help us win a game"

Josh Pastner: "Winning is more important to him than breathing" pic.twitter.com/JpC9NzXAS1