ATLANTA – Georgia Tech mourns the loss of student-athlete Brandon Adams, who died on March 23 in Atlanta. He was 21.

Adams was a business administration major and rising senior football student-athlete. Off the field, he spent the summer of 2018 interning for the world-renowned Georgia Tech Research Institute.

Born Dec. 22, 1997, Brandon Alonzo Adams is survived by his mother, Lisa Greer, stepfather, Reginald Woods, and sister, Rian. Memorial information is not available at this time. 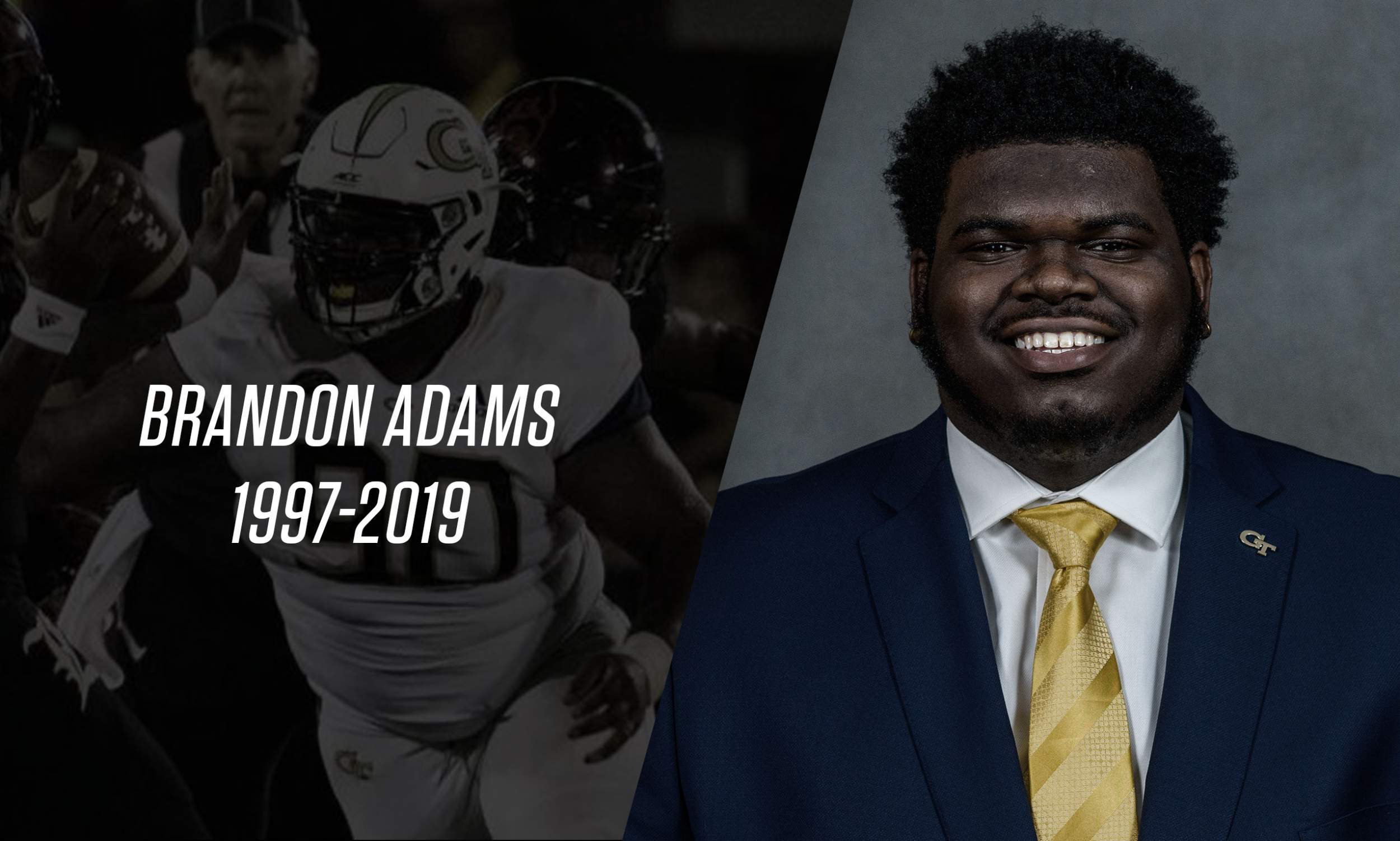 “All of us here at Georgia Tech send our deepest condolences to the family and friends of Brandon Adams,” said Georgia Tech President G. P. “Bud” Peterson. “We ask that you keep them in your thoughts and prayers.”

“Our entire Georgia Tech football family is heartbroken by the news of Brandon’s passing,” said Geoff Collins, Georgia Tech football head coach. “In the short time that I have had the privilege and honor of knowing Brandon, I admired and respected him, first and foremost as a terrific human being, but also as an outstanding teammate and leader. Jennifer and I offer our thoughts, prayers and unconditional support to his parents, Lisa and Reginald, his sister, Rian, and all of his family and friends, especially his brothers in our football program.”