Lexington, Ky. – Moses Wright posted his second double-double this season with 13 points and 10 rebounds, but Kentucky’s defense limited Georgia Tech to 37.9 percent shooting and one three-point field goal in the second half, carrying the 8th-ranked Wildcats to a 67-53 victory Saturday evening at Rupp Arena.

Ashton Hagans led Kentucky with 21 points, seven assists and seven rebounds, scoring in a variety of ways by going 8-of-10 from the floor. Immanuel Quickley scored 16 for the Wildcats, while Nick Richards added 12 points and Keion Brooks, Jr., chipped in with 10.

Kentucky started quickly, hitting its first three shots to take a 7-2 lead, but the Yellow Jackets steadied themselves and led by as many as five points, 26-21, on a three-point play by Moore at the 7:23 mark of the first half. Tech missed six of its last eight shots in the half, however, as the Wildcats ratcheted up their defense to fuel a 15-4 run, leading 36-30 at intermission.

Tech closed its deficit to 44-41 in the second half on a Moore three-pointer, but missed its next seven shots from the floor, and 10 of the next 11, as the Wildcats padded their lead to double digits.

Tech returns to action Wednesday, Dec. 18, hosting Ball State at McCamish Pavilion. Tipoff is at 7 p.m., and the game will be televised live on the ACC’s Regional Sports Networks.

Khalid Moore scored 10 points with three assists, playing the majority of his minutes as the Jackets’ point guard. (photo by Evan Brown) 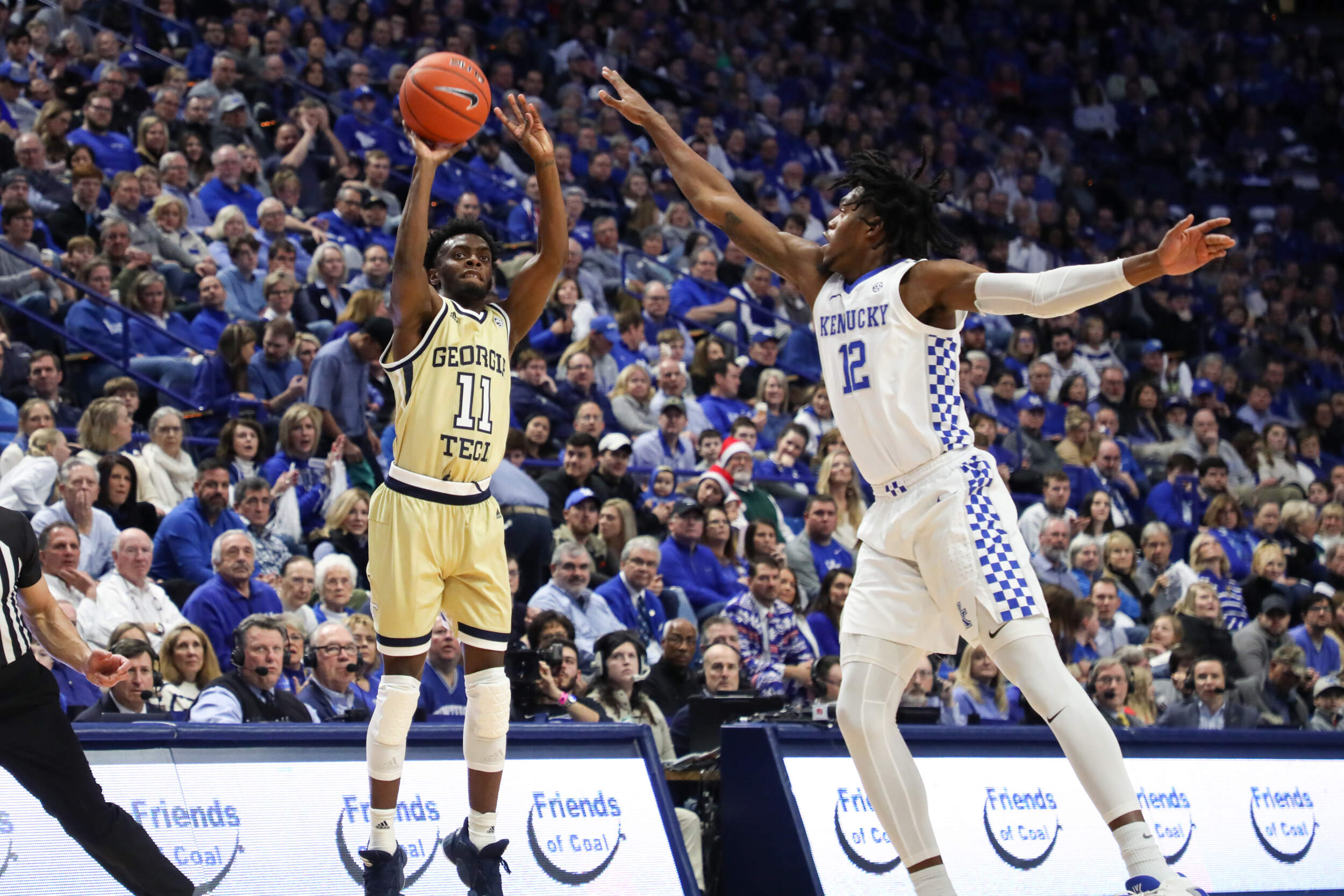 Bubba Parham knocked down a pair of three-point field goals and scored 10 points for the Yellow Jackets. (photo by Evan Brown)