THE FLATS – Arkansas’ Mason Jones banked in a 30-foot three-pointer with 0.1 second remaining in overtime to hand Georgia Tech men’s basketball a heart-breaking 62-61 loss on Monday night at McCamish Pavilion.

Both team were scoreless through the first 4:39 of overtime before Georgia Tech’s James Banks hit a turnaround jumper with 21 seconds left on the clock to give the Yellow Jackets a 61-59 lead, their first advantage since they led 14-13 less than midway through the first half. The Jackets played stout defense on Arkansas’ ensuing possession, forcing Jones to fire a shot from near the edge of the coach’s box, just steps from the Razorbacks’ bench. The shot hit the backboard and ricocheted cleanly through the net for the game-winning points.

Tech trailed 57-50 with 5:57 to go in regulation following a controversial sequence that led to a five-point trip down the floor for the Razorbacks. However, the Jackets rallied to score nine of the final 11 points in regulation to force overtime.

Jones led all scorers with 24 points on 7-of-12 shooting from the field.

Tech returns to action Sunday, Dec. 1, when it hosts Bethune-Cookman. Tipoff is at 6 p.m. at McCamish Pavilion, and the game will be televised live on the ACC’s Regional Sports Networks.

James Banks led Georgia Tech with 20 points and 13 rebounds on Monday, the ninth double-double of his career. (photo by Danny Karnik) 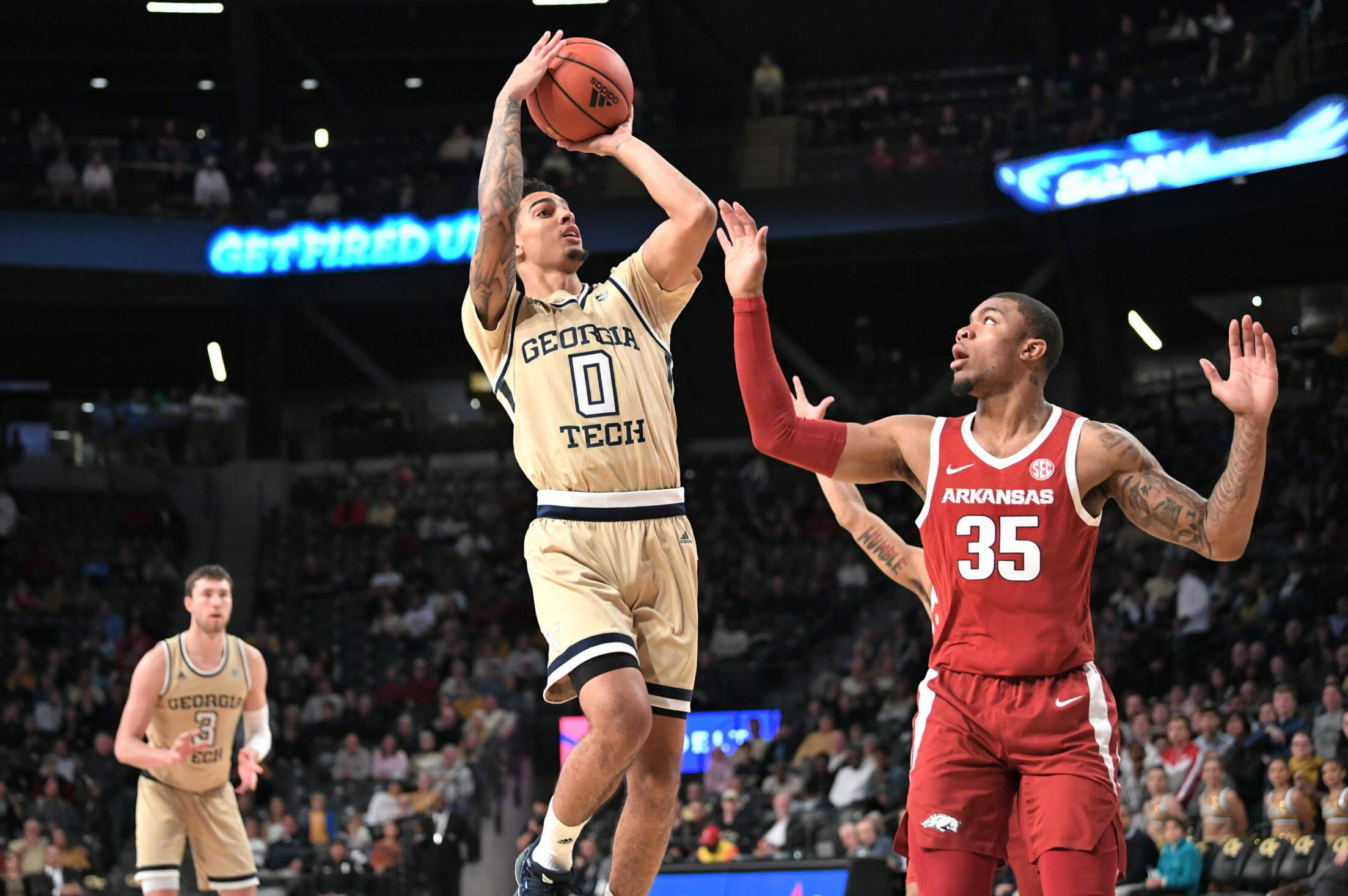 Michael Devoe (0) scored 12 points and Evan Cole (3) came off the bench to chip in eight points and eight rebounds against Arkansas. (photo by Danny Karnik)