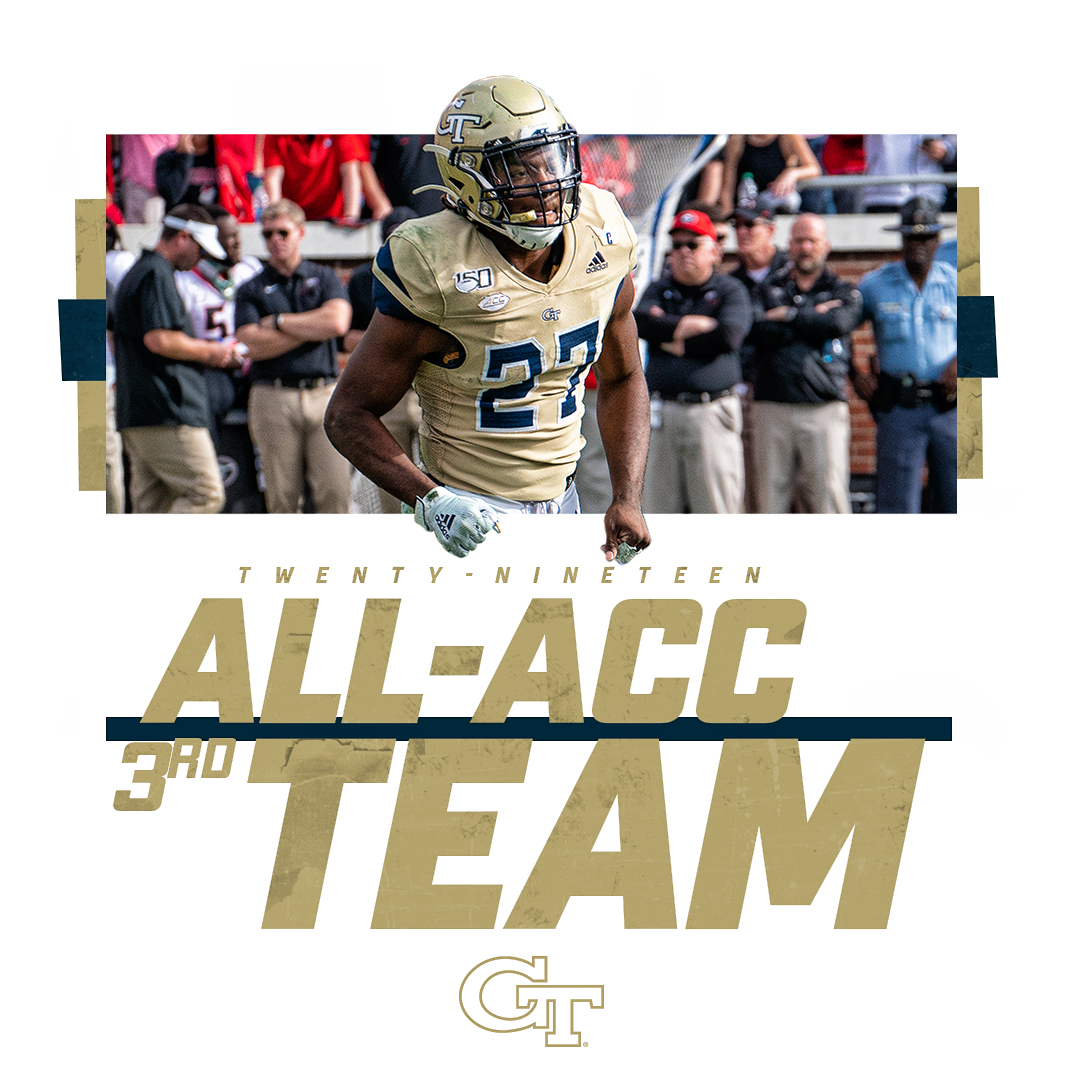 Mason led Georgia Tech with a career-high 899 rushing yards and seven touchdowns this season, good for sixth and eighth in the ACC, respectively, and his 899 rushing yards rank 59th nationally. He had three 100-yard games, including 141 yards apiece in wins over Miami and NC State. He also ran for 99 yards in the Yellow Jackets’ victory over USF. Just two seasons into his collegiate career, Mason already ranks 27th in Georgia Tech history with 1,558 career rushing yards. 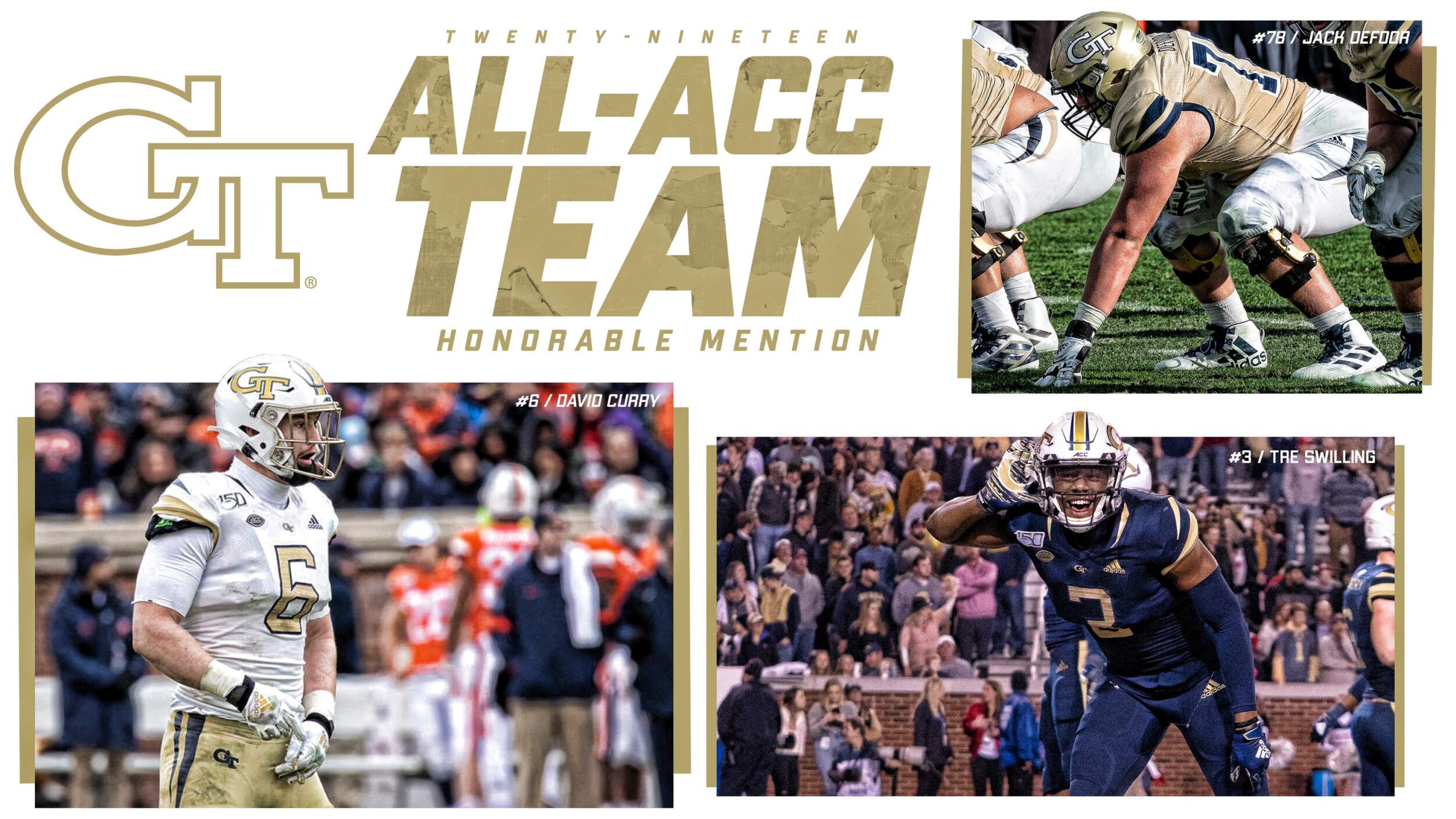 Curry led Georgia Tech with 97 tackles this season and ranks seventh in the ACC and 55th nationally with 8.1 tackles per game. He also recorded six tackles for loss (tied for second on the team), two sacks (tied for second on the team), two forced fumbles (tied for team lead), a fumble recovery and an interception. He is one of only 10 players in NCAA Division I FBS and four from Power Five conference teams with at least 97 tackles, an interception and a fumble recovery this season. Curry had double-digit tackles in four different games, including a career-high 16 against North Carolina, which is good for the 35th-most by an FBS player this season.

DeFoor was a key cog in Georgia Tech’s offensive line that led the transition from the Yellow Jackets’ former triple-option scheme to a NFL-style spread attack. He helped pave the way for Georgia Tech rushers to have four 100-yard games this season, all by freshmen and sophomores. Additionally, DeFoor and the offensive front allowed one sack or less in three of their final four games, including none against ACC Coastal Division champion Virginia, none in a win over NC State and just one against No. 4 Georgia.

Swilling ranks eighth in the ACC with 11 passes defended this season. He had an interception in the season opener at Clemson to go along with 10 pass breakups throughout the season. He also recorded 23 tackles, two tackles for loss and a fumble recovery.