One of the most successful coaches in women’s basketball history, Fortner has compiled a 305-187 (.620) record as a head coach at the collegiate, professional and international levels. She has led teams to Big Ten (Purdue – 1997) and Southeastern Conference (Auburn – 2009) championships and, perhaps most notably, coached the United States national team to three international titles from 1997-2000, including the gold medal at the 2000 Summer Olympics in Sydney, Australia. 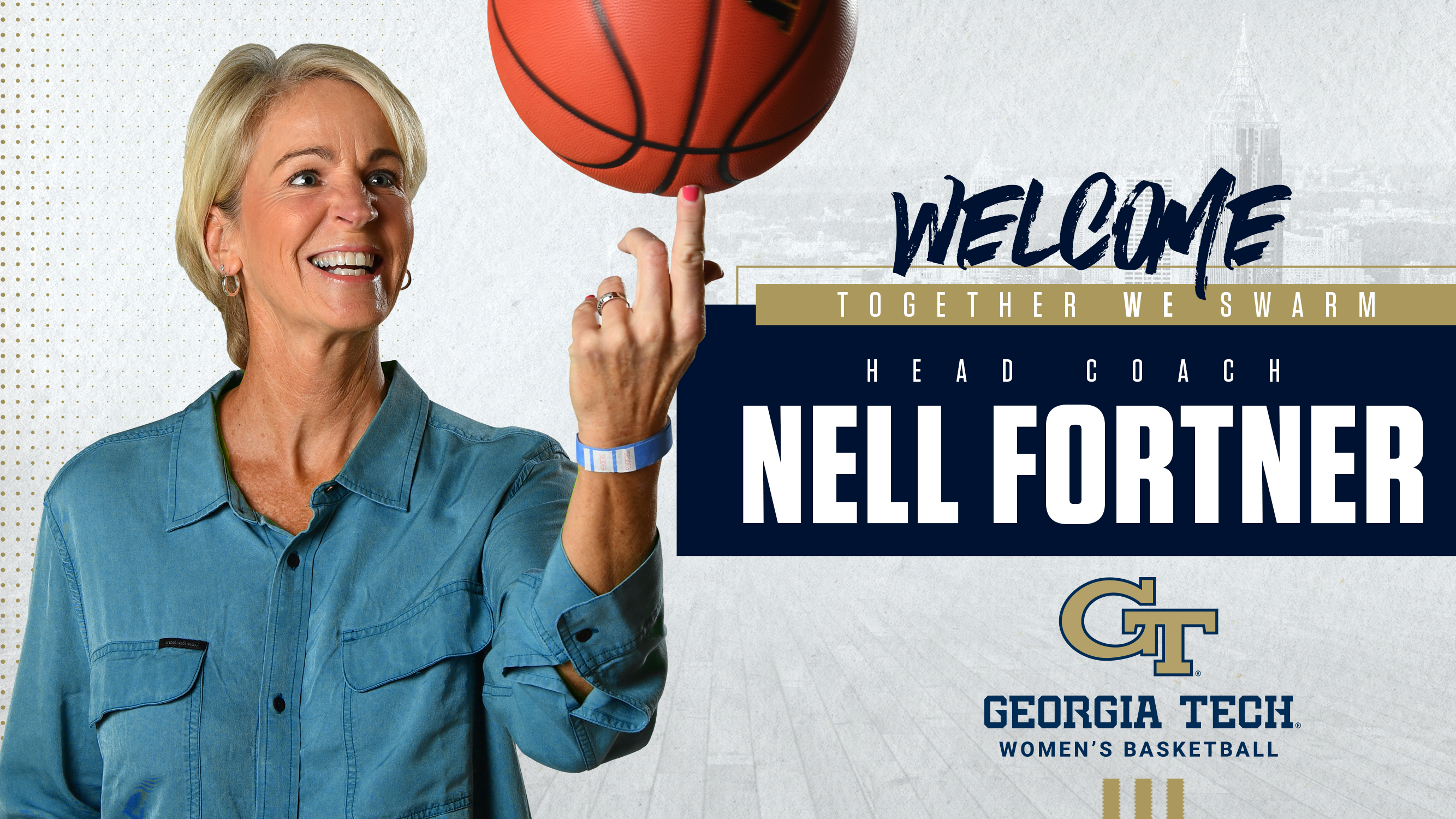 “I’m excited to welcome Coach Fortner to the Georgia Tech family,” Stansbury said. “Her resume speaks for itself – she is one of the most successful and respected coaches in women’s basketball history. She’s not only led teams to Olympic gold and major conference championships, but she has also proven to be an outstanding leader of young women who has embodied our mission of developing the young people who will change the world.”

Fortner is the winningest coach in the history of the USA women’s basketball national team, having compiled a 101-14 (.878) record. In addition to the 2000 Olympics championship, she also led the team to the gold medal at the 1998 World Championship in Berlin, Germany and the 1998 William Jones Cup in Taipei, Taiwan.

In her first season as a collegiate head coach, she led Purdue to a share of the Big Ten regular-season championship with a 12-4 conference record and an NCAA Tournament berth. Following the impressive rookie campaign, she was named the 1997 Basketball Times National Coach of the Year.

She left Purdue after one season to take over as the full-time head coach of the U.S. national team but returned to the collegiate ranks in 2004 at Auburn. With Fortner at the helm, Auburn won at least 20 games three times, highlighted by a 30-4 campaign in 2008-09 that saw the Tigers win the SEC regular-season title for the first time in 20 years and saw Fortner named the SEC and WBCA Region III Coach of the Year.

In addition to her stints as head coach with Purdue, the U.S. national team and Auburn, Fortner served as the first head coach and general manager in the history of the WNBA’s Indiana Fever from 2000-03. She didn’t coach the Fever in 2000 due to the Summer Olympics, but took over coaching duties in ’01 and led the franchise to its first playoffs appearance in ’02.

She began her coaching career as the head coach at Killeen (Texas) H.S. from 1983-86, before entering the collegiate coaching ranks as a graduate assistant at Stephen F. Austin in 1986-87. After one season, she was promoted to assistant coach at SFA, where she remained for three more seasons (1987-90) and helped guide the Ladyjacks to an 87-12 (.879) record and three-straight NCAA Tournament appearances.

She then moved on to national power Louisiana Tech (1990-95), where she was an assistant coach for five seasons. In her five seasons at Louisiana Tech, the Lady Techsters went 123-37 (.794) and earned five-straight NCAA Tournament berths, advancing all the way to the national championship game in 1994.

She left Louisiana Tech for a one-year stint as an assistant coach for the U.S. national team (1995-96) under head coach Tara VanDerveer. The national team put together a perfect 52-0 record in 1995-96, culminating with a gold medal at the 1996 Summer Olympics in Atlanta.

Her career also includes two stints as a women’s basketball analyst at ESPN – first as a studio analyst from 2001-04, then as a color analyst for the past seven seasons since she stepped down as Auburn’s head coach following the 2012 season. Through her role with ESPN, she has remained actively engaged within NCAA women’s basketball, calling some of the nation’s best regular-season and postseason games, as well as being an integral part of the network’s Final Four coverage.

“I am so excited and proud to be named the next women’s basketball coach at Georgia Tech,” Fortner said. “I’ve coached for 28 years, at every level, and Georgia Tech was the perfect fit for me to get back in the college game. Georgia Tech is one of those unique institutions that has both a premier academic reputation and a successful athletics program. My staff and I will be committed to helping each student-athlete have a positive and productive experience. We will compete at the highest level possible and strive to be champions, both on and off the court. Together We Swarm!”

Born in Jackson, Miss., Fortner attended high school at New Braunfels (Texas) H.S., where she was an all-state selection and a Parade all-American. She received a dual-sport scholarship to the University of Texas, where she played both basketball and volleyball from 1978-82. She helped lead UT to 127 basketball wins in four seasons and remains one of the Longhorns’ all-time leading scorers with 1,466 career points. In volleyball, she was a member of Texas’ national championship team as a senior in ‘81.

While at Texas, Fortner also made her USA Basketball debut as a member of the 1978 U.S. Olympic Festival South team that won a silver medal.

Fortner holds a bachelor’s degree in physical education from Texas (1982) and a master’s in education from Stephen F. Austin (1987). Among her many honors, Fortner was named USA Basketball Coach of the Year in 2000, inducted to the Texas Sports Hall of Fame and the University of Texas Women’s Athletics Wall of Honor in 2001, recognized as a distinguished alumna of Stephen F. Austin in 2007 and inducted into the San Antonio Sports Hall of Fame in 2013.

Fortner will be introduced during a press conference that will be held on Wednesday, April 10 at 2:45 p.m. at Georgia Tech’s Edge/Rice Center. The press conference will be streamed live at ramblinwreck.com. 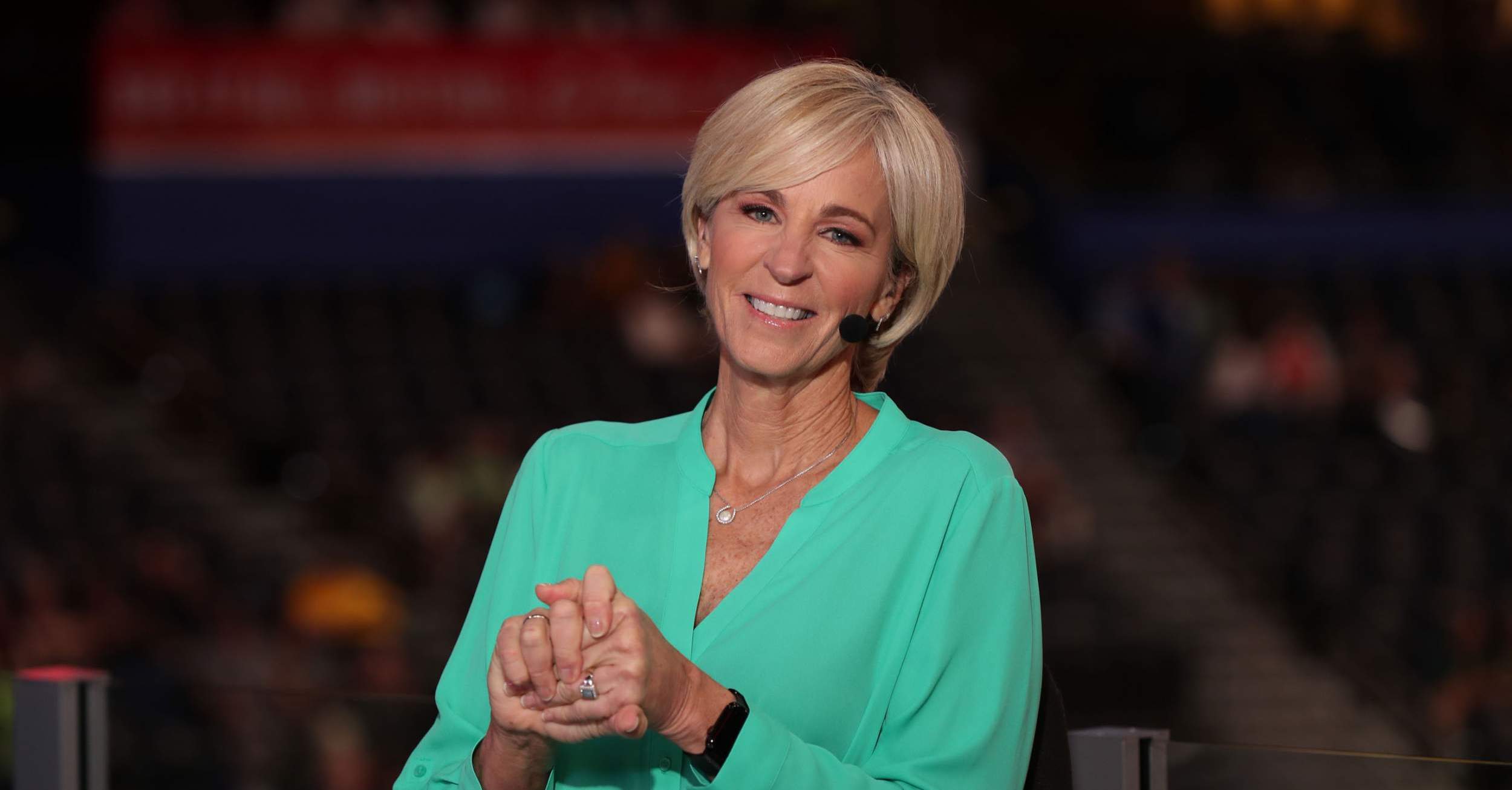 WHAT THEY’RE SAYING ABOUT NELL FORTNER
“Georgia Tech and the entire Atlanta community have a gem of a coach and person in Nell Fortner. Having played for and coached against Nell, she brings positivity, energy and experience at the highest level that her student-athletes will enjoy and embrace. The entire basketball community loves having Nell back on the sideline.”
-Dawn Staley, head coach – University of South Carolina
(played point guard for the 2000 U.S. Olympic team coached by Fortner, led South Carolina to 2017 national championship, will serve as 2020 U.S. Olympic team head coach)

“It is good to see Nell get back into coaching. She will bring energy and work ethic, but also great basketball knowledge. Georgia Tech hit a grand slam with the hiring of Nell Fortner.”
-Kim Mulkey, head coach – Baylor University
(has led Baylor to three national championships – 2005, 2012 and 2019)

“Nell Fortner has experienced success at every level. Her personality will excite a team and energize a fan base. She has the ability to motivate, lead and be a role model for young people. Most importantly, she is a good person. During her time in the SEC at Auburn, she experienced great success and I am sure she can do the same at Georgia Tech.”
-Andy Landers, ESPN analyst
(University of Georgia head coach, 1979-2015, led UGA to five Final Fours and 11 total SEC championships, member of Women’s Basketball Hall of Fame)

“A true ambassador for women’s basketball, Nell Fortner is an outstanding person and coach with character, integrity and a commitment to excellence in everything she does. Georgia Tech is blessed to have Coach Fortner represent the Yellow Jackets both on and off the court. She will bring high energy and leadership to the court having succeeded at every level of coaching. Georgia Tech’s student-athletes, assistant coaches and staff will excel with Coach Fortner on the court, but more importantly, they will excel in life.”
-Jay Jacobs, executive associate athletics director – University of Florida
(served as athletics director at Auburn for Fortner’s entire eight-season tenure at the school)