LOUISVILLE, Ky. — Georgia Tech ran for 542 yards – the third-highest total in school history – and scored on nine-straight offensive possessions to start the game, en route to a 66-31 romp over Louisville on Friday evening at Cardinal Stadium.

Georgia Tech’s defense matched a season-high by forcing three turnovers in the victory. After creating only 10 takeaways all season in 2017, the Jackets have forced 13 turnovers in just six games this year.

The Yellow Jackets return to action next Saturday when they host Duke (4-1, 0-1 ACC) for a pivotal ACC Coastal Division showdown. Kickoff is set for 12:20 p.m. at Bobby Dodd Stadium (TICKETS). 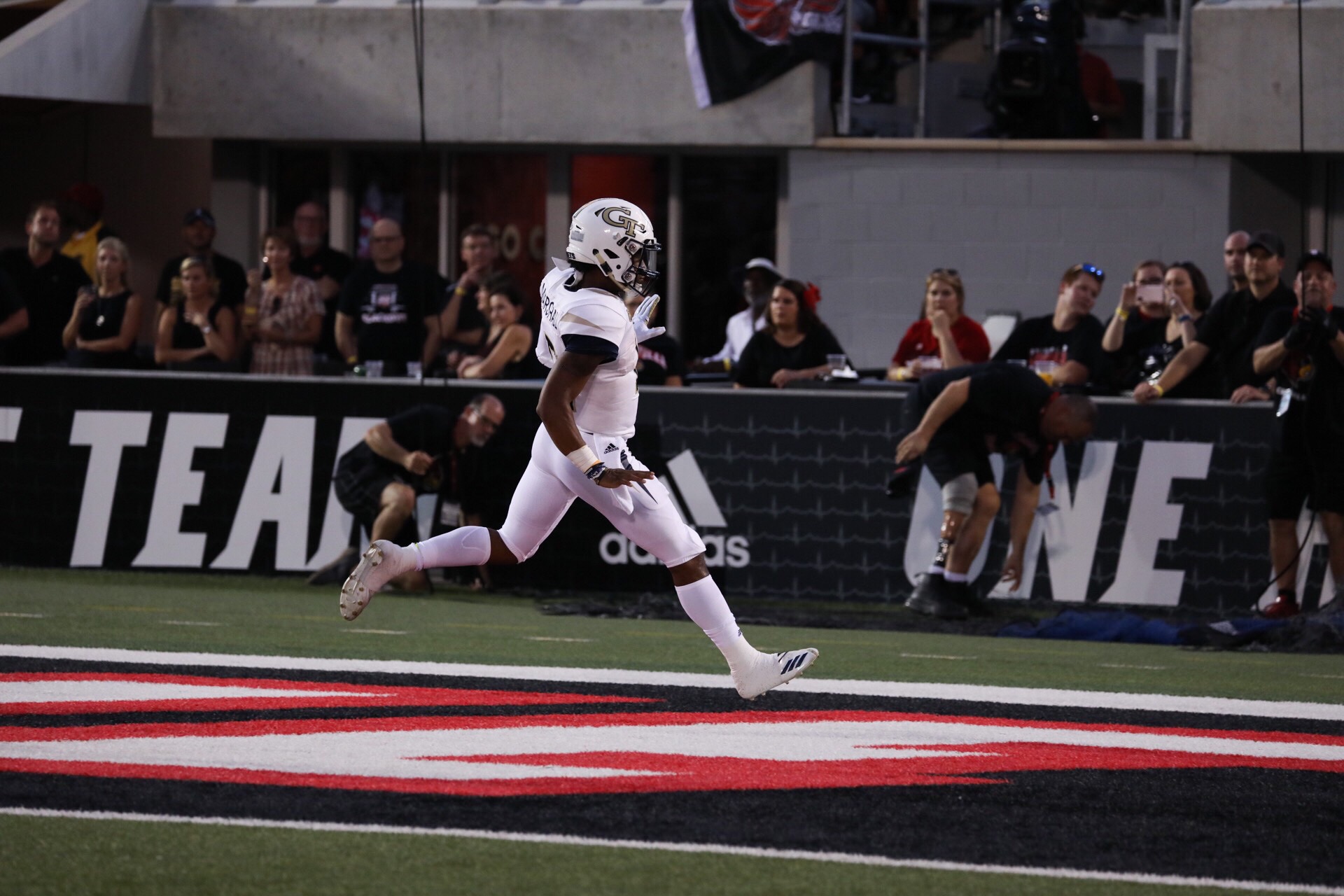 TaQuon Marshall glides into the end zone for one of his two touchdown runs in Friday’s 66-31 rout over Louisville. 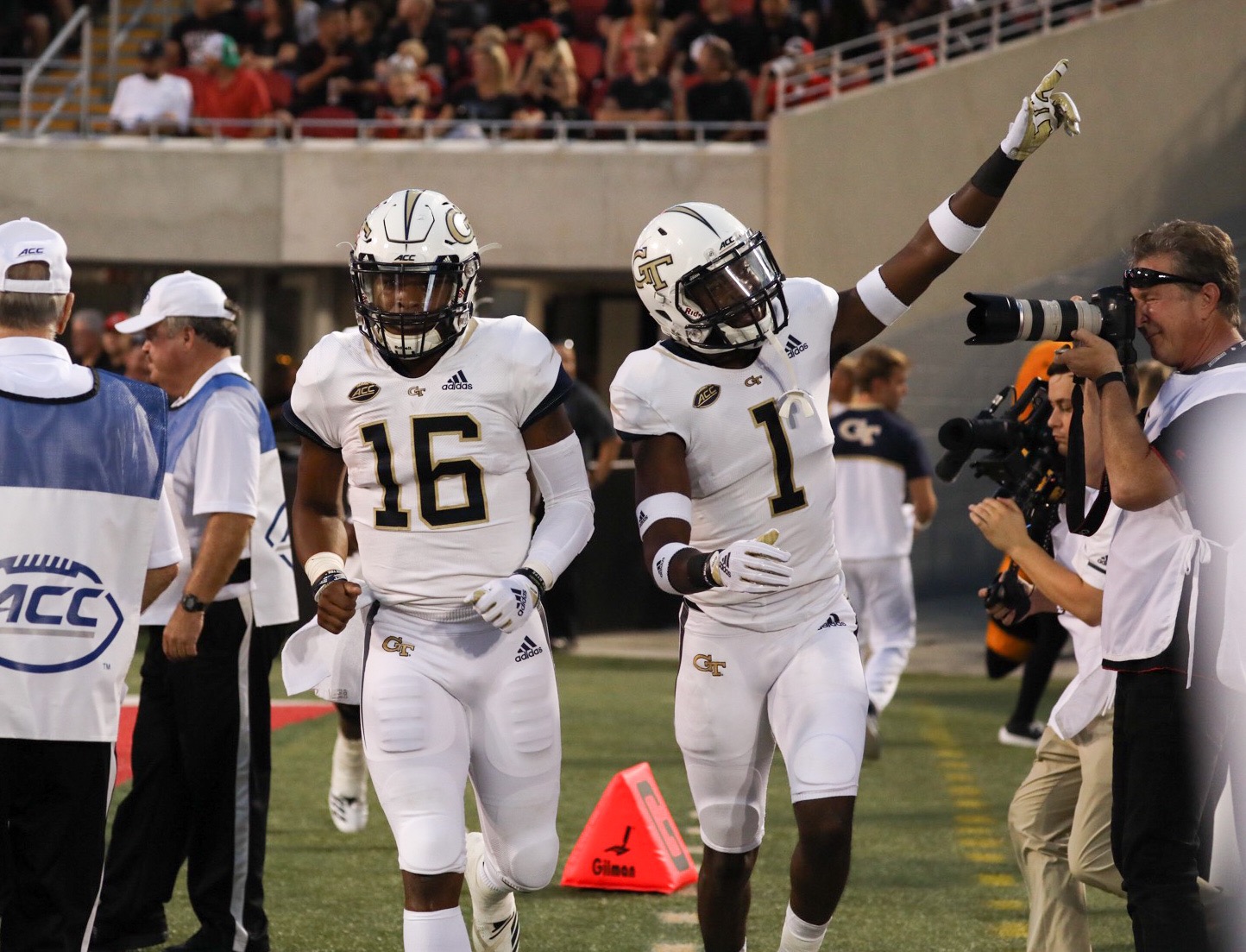 Qua Searcy acknowledges the large contingent of Georgia Tech fans at Cardinal Stadium after one of his two touchdowns on Friday night.