Jackets Fall to No. 5 Georgia

ATHENS, Ga. — A record-setting 100-yard kickoff return by Juanyeh Thomas wasn’t enough for Georgia Tech in a 45-21 loss to No. 5 Georgia on Saturday afternoon at Sanford Stadium.

Thomas’ return pulled Georgia Tech (7-5) within a touchdown at 14-7 late in the first quarter but Georgia (11-1) scored on each of its six possessions in first half to take an insurmountable 38-7 halftime lead.

Thomas, a true freshman, set or matched five school record with the 100-yard return, including becoming the first player in Georgia Tech history to return kickoffs for touchdowns in back-to-back games (he had a 77-yard return for a score in last Saturday’s win over Virginia).

Despite the loss, the Yellow Jackets closed the regular season with wins in six of their last eight games and has earned a bowl berth for the 23rd time in 24 seasons. Tech will learn its postseason destination next Sunday, Dec. 2. 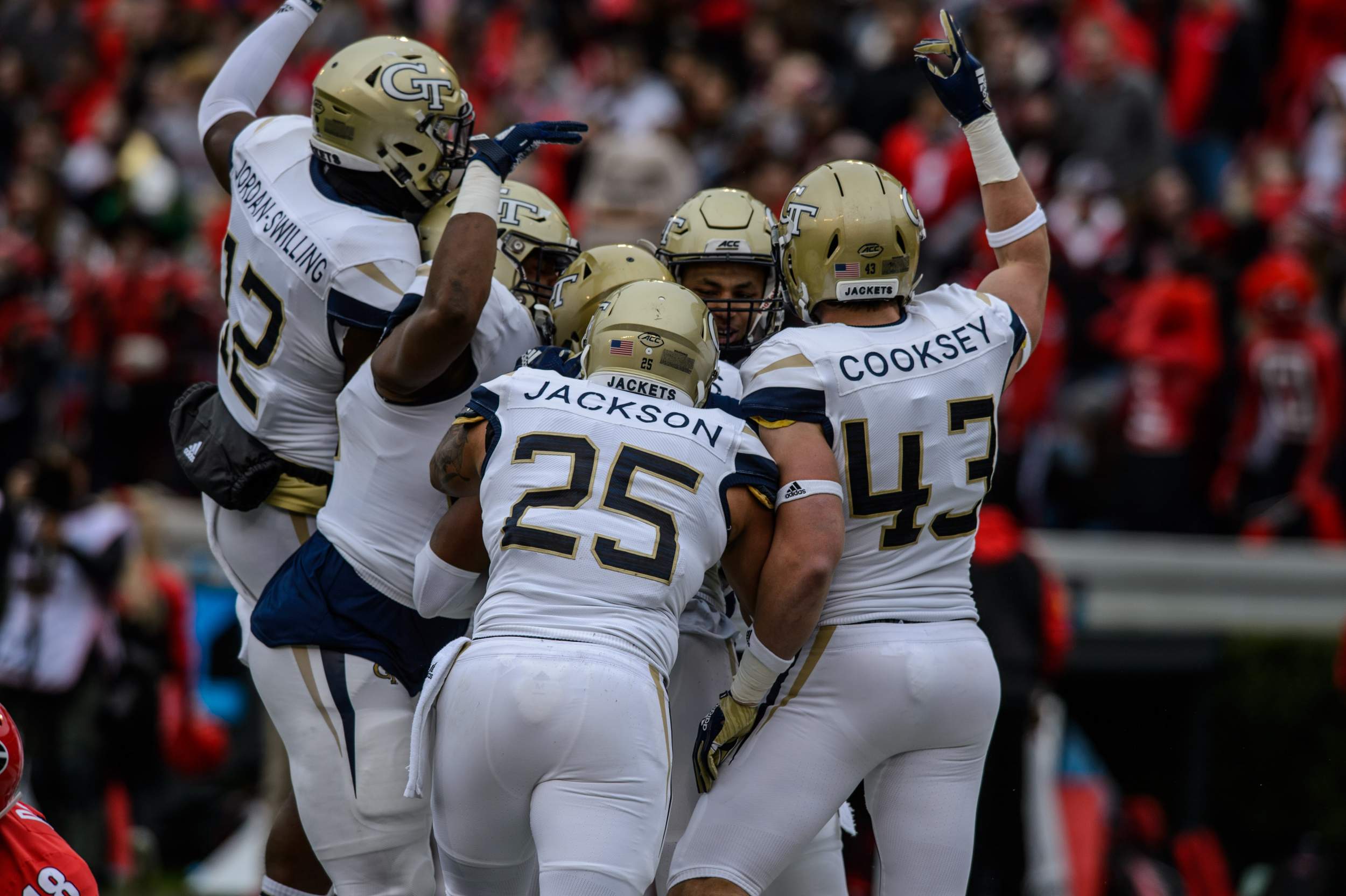 Georgia Tech celebrates after Juanyeh Thomas’ 100-yard kickoff return for a touchdown in the first quarter of Saturday’s loss at No. 5 Georgia. 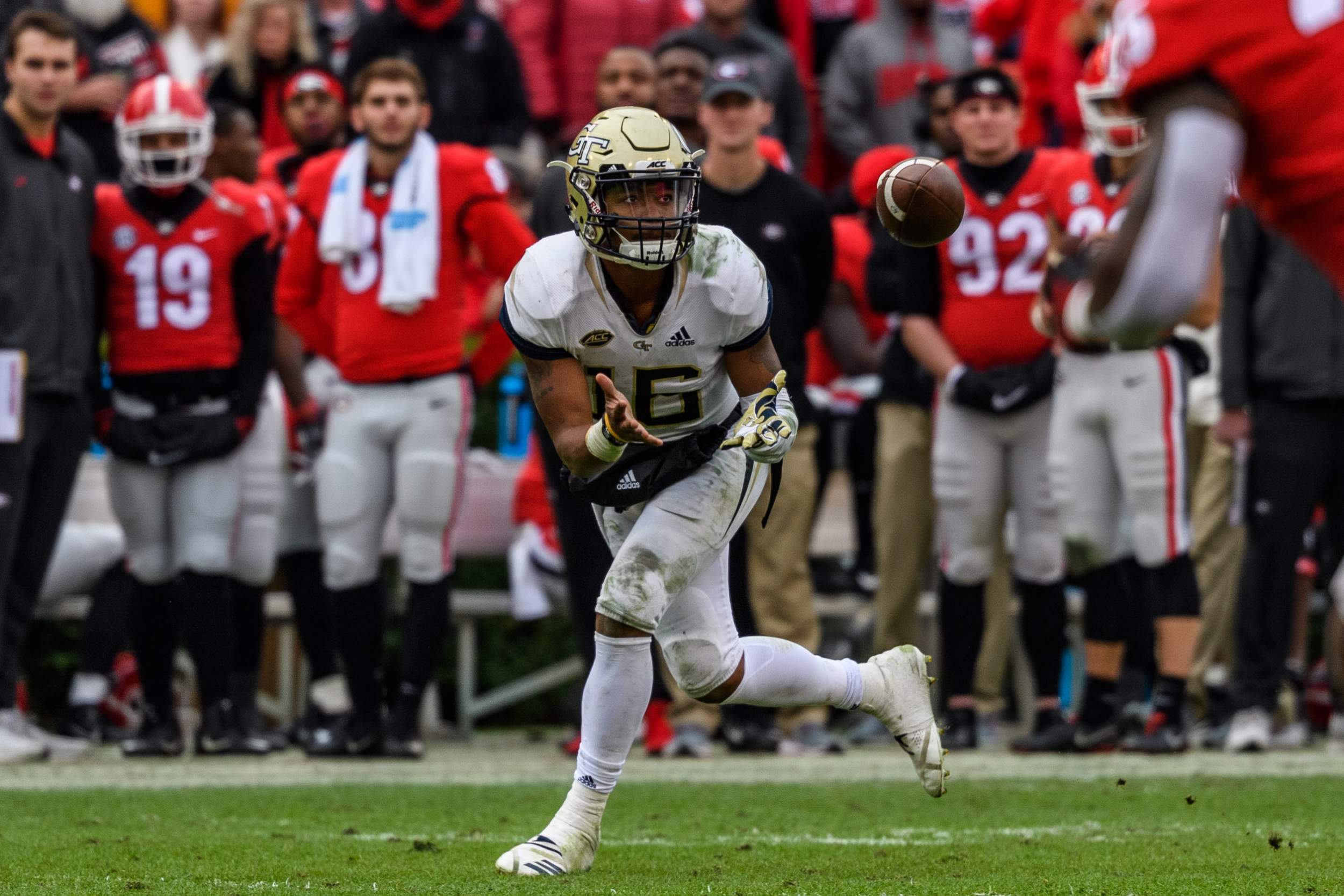 TaQuon Marshall threw for 69 yards and a touchdown, ran for 39 yards and even had a 22-yard reception on Saturday against Georgia.