Miscues Doom Jackets at BC

Sims completed 12-of-18 passes for 171 yards and two touchdowns and ran 12 times for a team-high 47 yards and another score. He had an impressive passer rating hovering around 200 for much of the game before he was lifted early in the fourth quarter after taking several hits throughout the game.

Brown scored on a 32-yard reception in the second quarter and a 2-yard run in the fourth quarter. The touchdown catch was his first of the year but the eighth of his 18-game career, which leads all current Yellow Jackets. With the rushing touchdown, the first of his collegiate career, he has now passed for, run for and caught a touchdown this season.

Georgia Tech returns to action next Saturday (Oct. 31) when it hosts No. 3-ranked Notre Dame at Bobby Dodd Stadium. Kickoff is set for 3:30 p.m. and the game will be televised nationally on ABC. 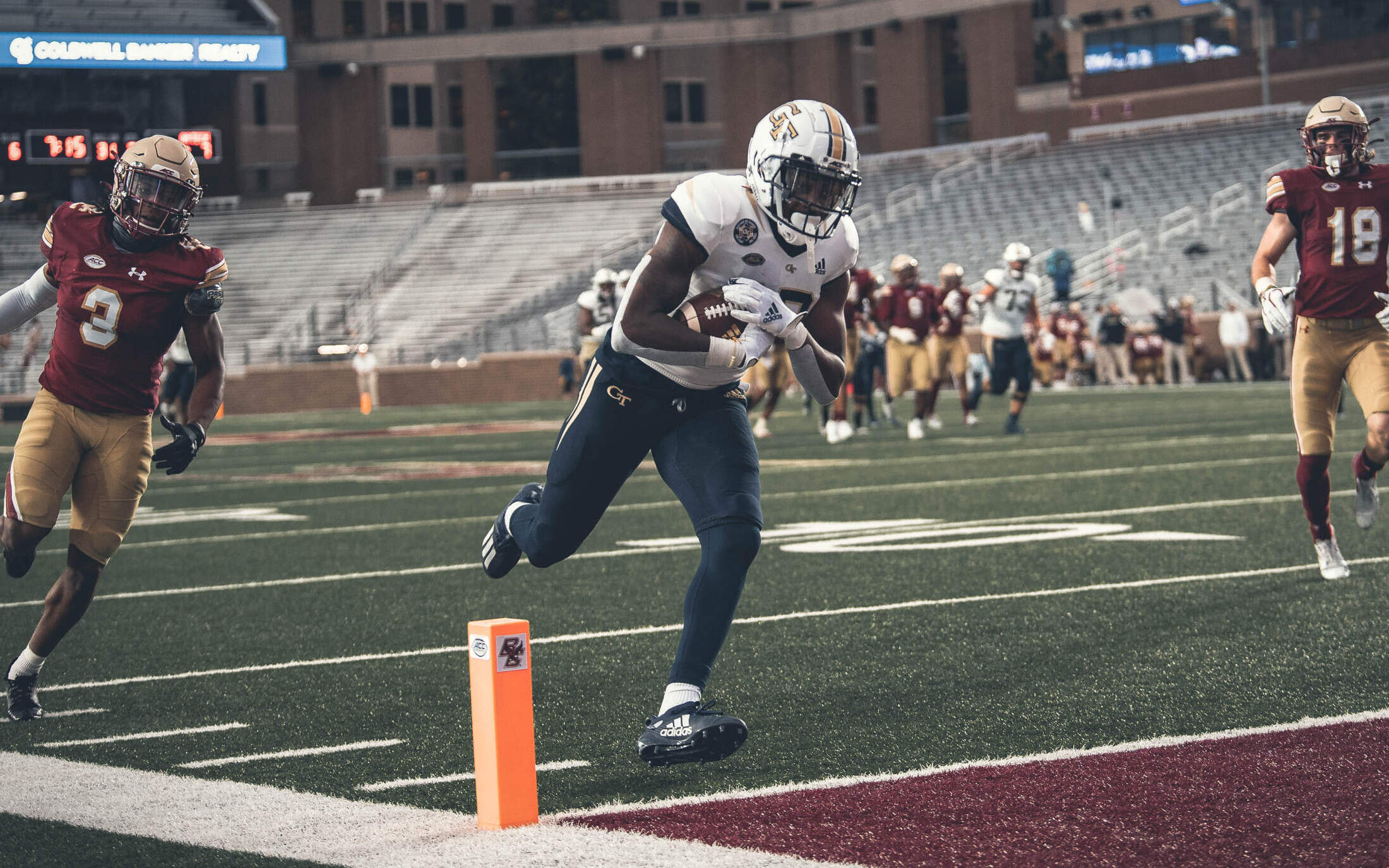 WR Peje’ Harris (18) scored his first-career touchdown on a 31-yard reception in the second quarter. 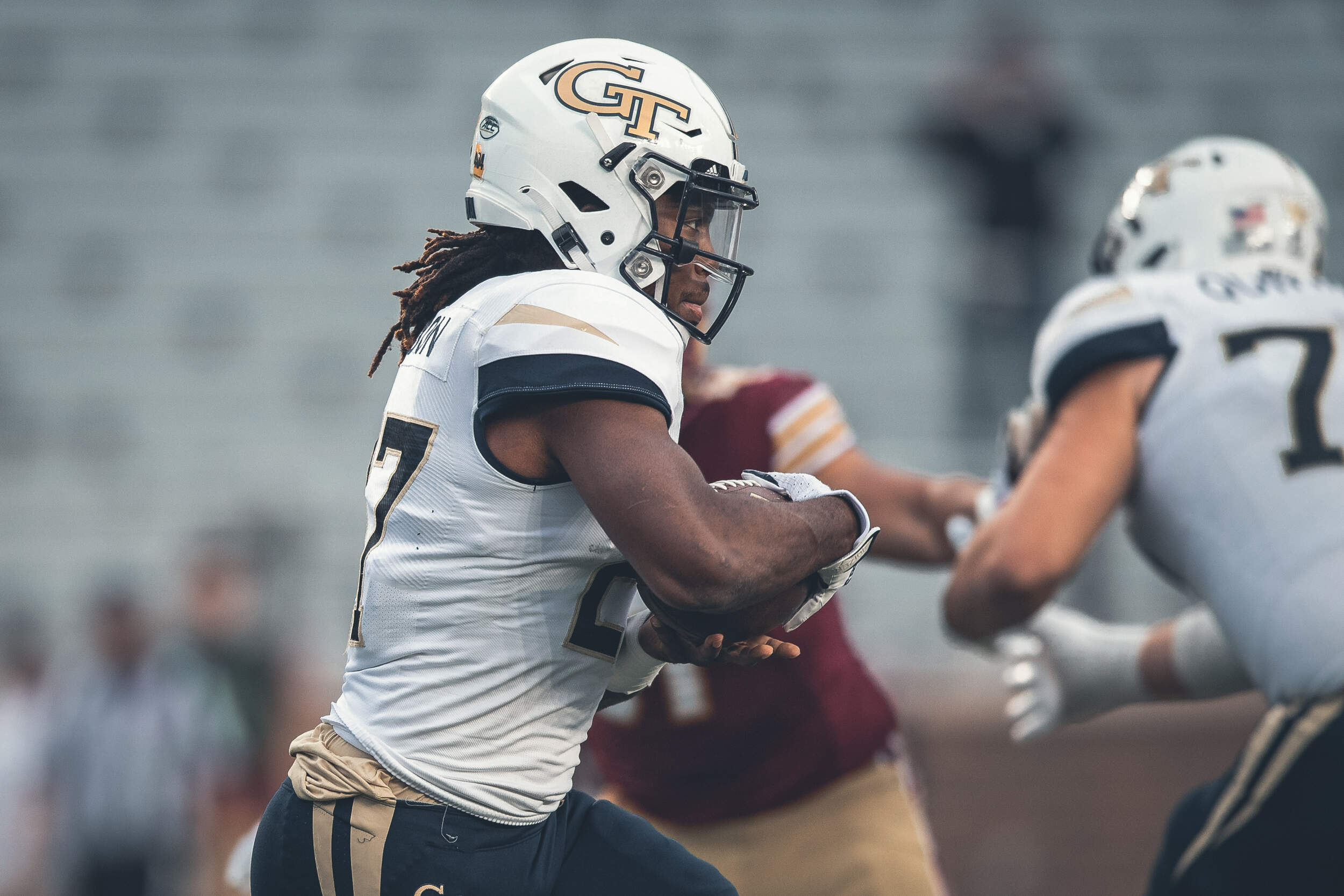 RB Jordan Mason had 64 yards from scrimmage, including a career-long 37-yard reception, in his return to action on Saturday at Boston College.