THE FLATS – Victoria Flores was named the ITA Southeast Region Player to Watch as announced by the Intercollegiate Tennis Association on Monday. Flores, who also earned All-America honors in doubles this season, recorded a successful junior season on The Flats.

“Vicky has had such a great career at Georgia Tech so far,” said head coach Rodney Harmon. “This past season, she had so many big wins at No. 2 singles and No. 1 doubles. I am so proud of all that she has accomplished, and to cap her junior season as an ITA All-American and Player to Watch is something to be proud of.”

Flores posted a 20-7 overall singles mark as a junior, leading the Jackets with 20 wins on the season. She went 12-5 in dual play, 8-2 in fall tournament action and finished with a 5-2 ledger in ACC action. Flores was named the ACC Player of the Week after going undefeated in ITA Kick-Off Weekend action in January, helping the Yellow Jackets secure a berth into the ITA National Team Indoor Championships. She climbed as high as No. 41 nationally in ITA singles rankings.

In doubles action, Flores teamed with Kenya Jones to comprise the sixth-ranked doubles team nationally, earning ITA All-America status after posting a 20-2 overall record this season. The doubles team went 15-1 in dual action and was undefeated on the shortened ACC season, posting a 6-0 ledger. Flores and Jones went 7-0 against nationally ranked opponents and rose 11 spots in the latest ITA rankings on March 3 to No. 6. The pair finished the season on an eight-match win streak.

The ITA Player to Watch regional award is given to a returning student-athlete who has been ranked nationally and is expected to have an outstanding season next year as one of the top regional players. The honors are voted on by the regional awards committee. To view the complete list of honorees, please click here.

Flores becomes a candidate for the national player to watch award by virtue of winning the regional honor. The national award winners will be announced Monday (May 25). 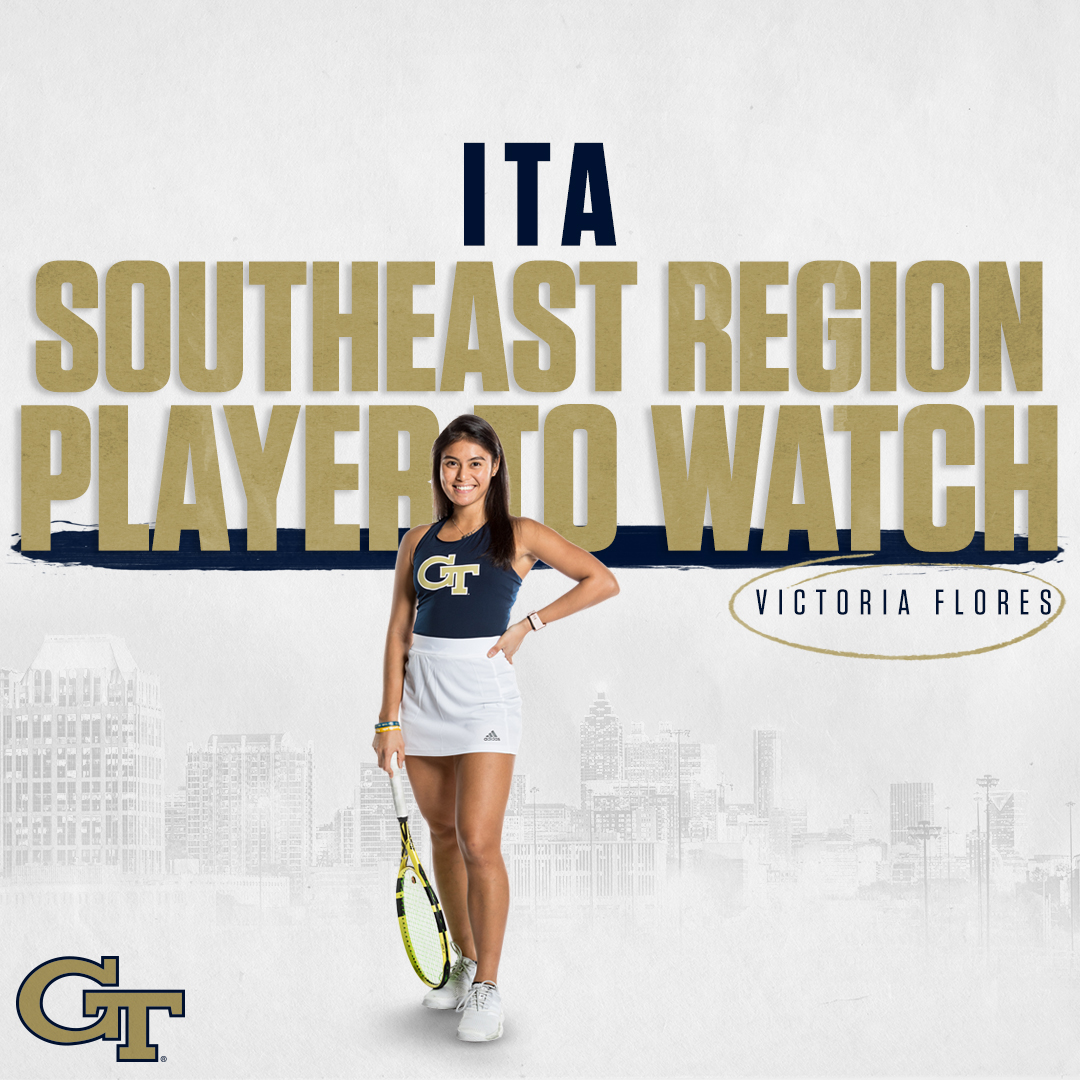 Off the Court with Carol Lee
Everyday Champions Magazine - Fall 2020