COLORADO SPRINGS, Colo. – Georgia Tech swimming and diving was prominently represented as the College Swimming and Diving Coaches Association of America (CSCAA) selected five Yellow Jackets to its All-American teams for the 2019-20 season.

“I’m incredibly proud of what these student-athletes accomplished this season, despite unfortunately not being able to compete at the NCAA Championships,” said Toni M. and Richard L. Bergmark Swimming and Diving head coach Courtney Shealy Hart. “I’m glad the CSCAA decided to honor qualifiers for all the training and all of the hard work that goes into making Nationals. These five certainly deserve it.” 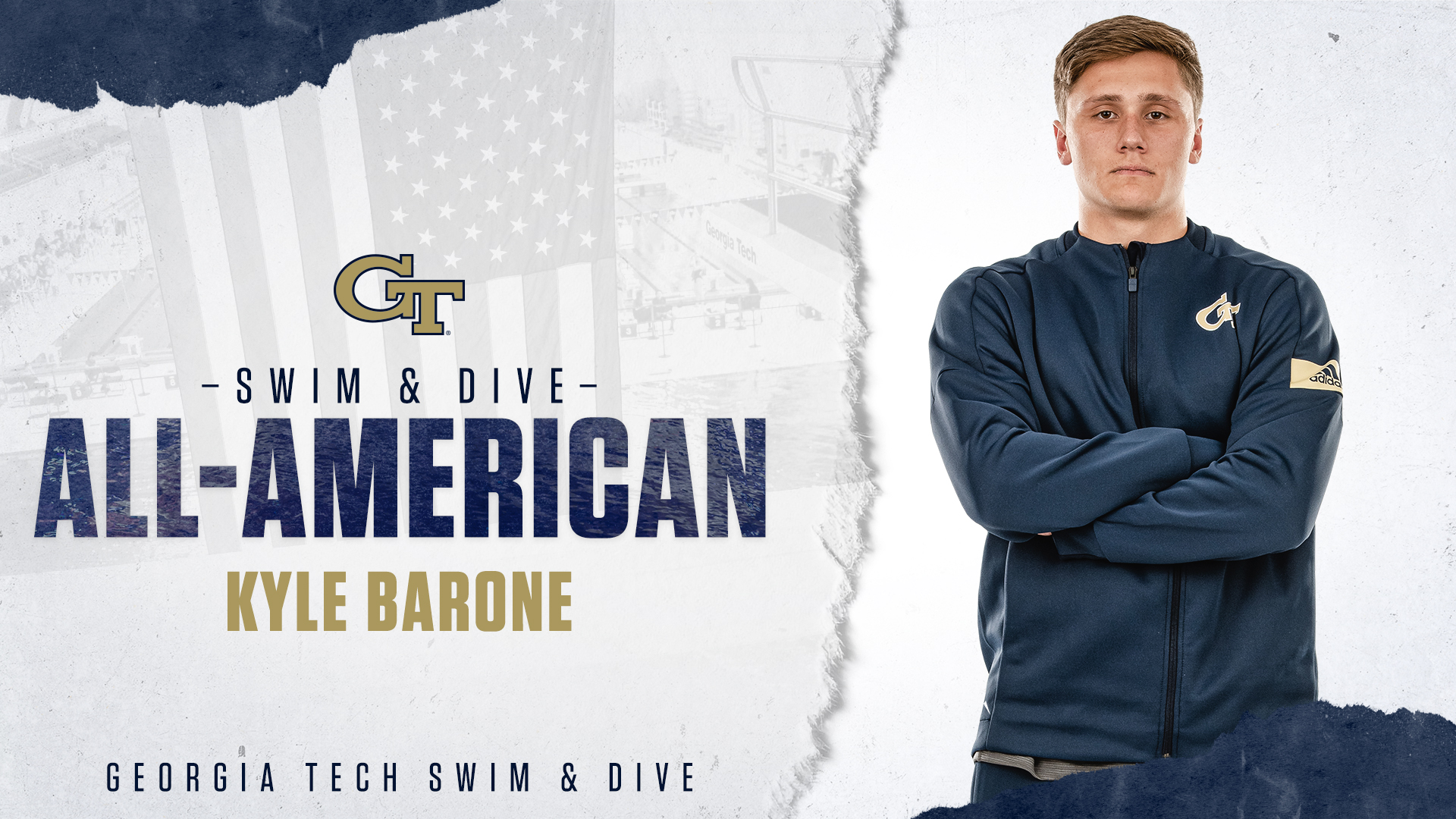 Barone hit his stride during championships season, finishing fourth in the 100 back at the ACC Championships with the second-fastest time in program history at 45.77. The Cornelius, N.C. native qualified for NCAA Championships in two individual events in the 100 back and 100 fly after turning in another top-2 program time in the 100 fly during ACCs (46.25). Alongside Ferraro, Austin Daniel and Corben Miles, Barone also helped the 200 free relay team secure the program’s fastest time since 2015 and second fastest overall (1:18.15) before turning in the No. 2 time (1:24.95) in the 200 medley relay with Pumputis, Ferraro and Miles. In addition to his accomplishments in the pool, Barone was also named Dean’s List and earned Faculty Honors in 2019. 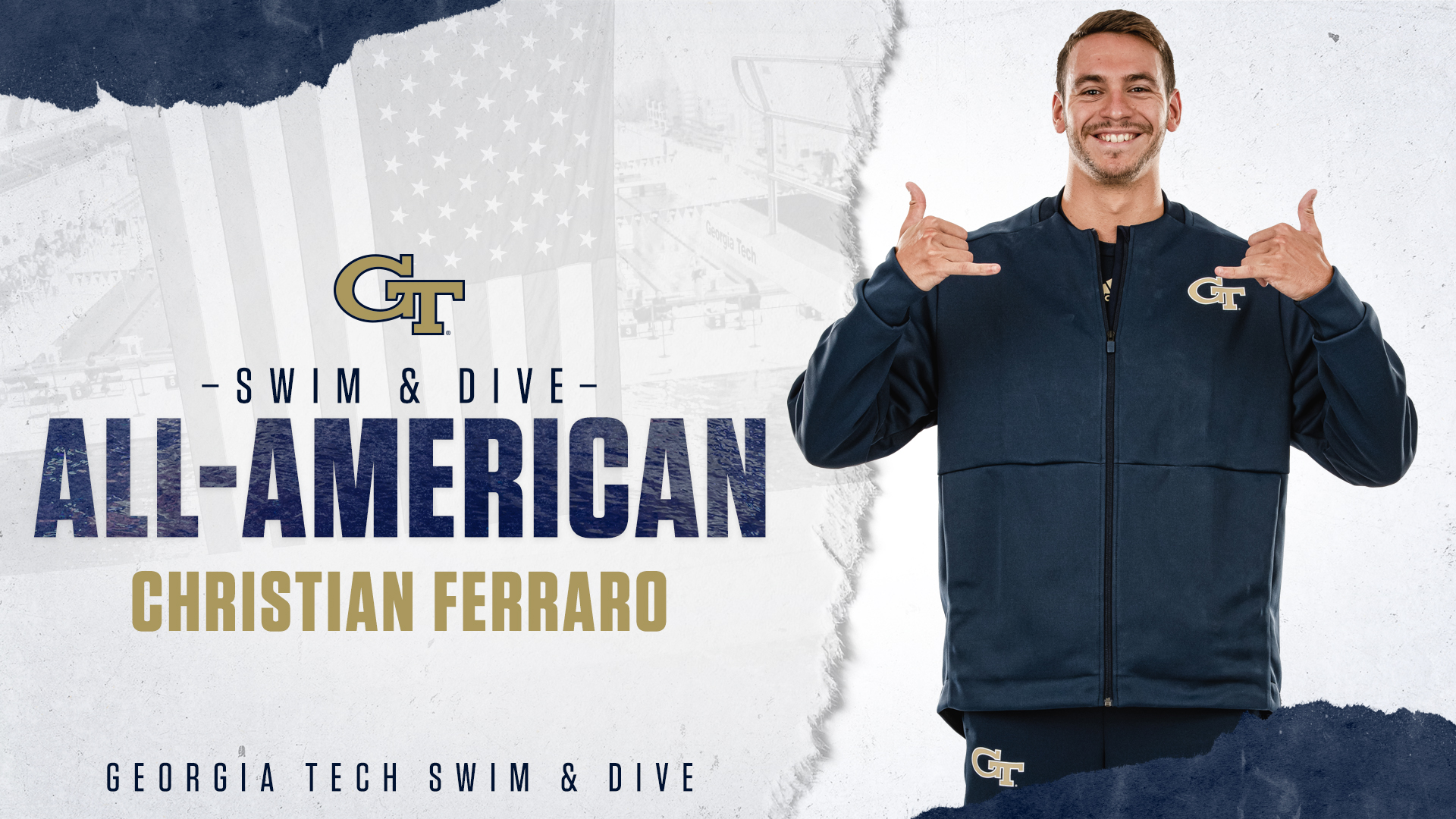 Ferraro was called upon often at ACCs and rose to the challenge, competing in six events overall, making A finals in two. In just one season, the Altivole, Italy native turned in top-5 program times in both the 100 and 200 fly events as well as the 50, 100 and 500 free and the 200 breast. He qualified to compete in the 100 fly, 200 fly and 50 free at NCAAs. He finished sixth in the 200 fly at ACCs, turning in a time of 1:42.66, while also helping the men to the second-fastest 200 medley relay time (1:24.95) in program history in Greensboro alongside Barone, Pumputis and Miles. They also turned in Tech’s second-fastest time in the 200 free relay (1:18.15) with Barone, Daniel and Miles. In addition to his swimming accomplishments, Ferraro also earned back-to-back Dean’s List honors in 2019. 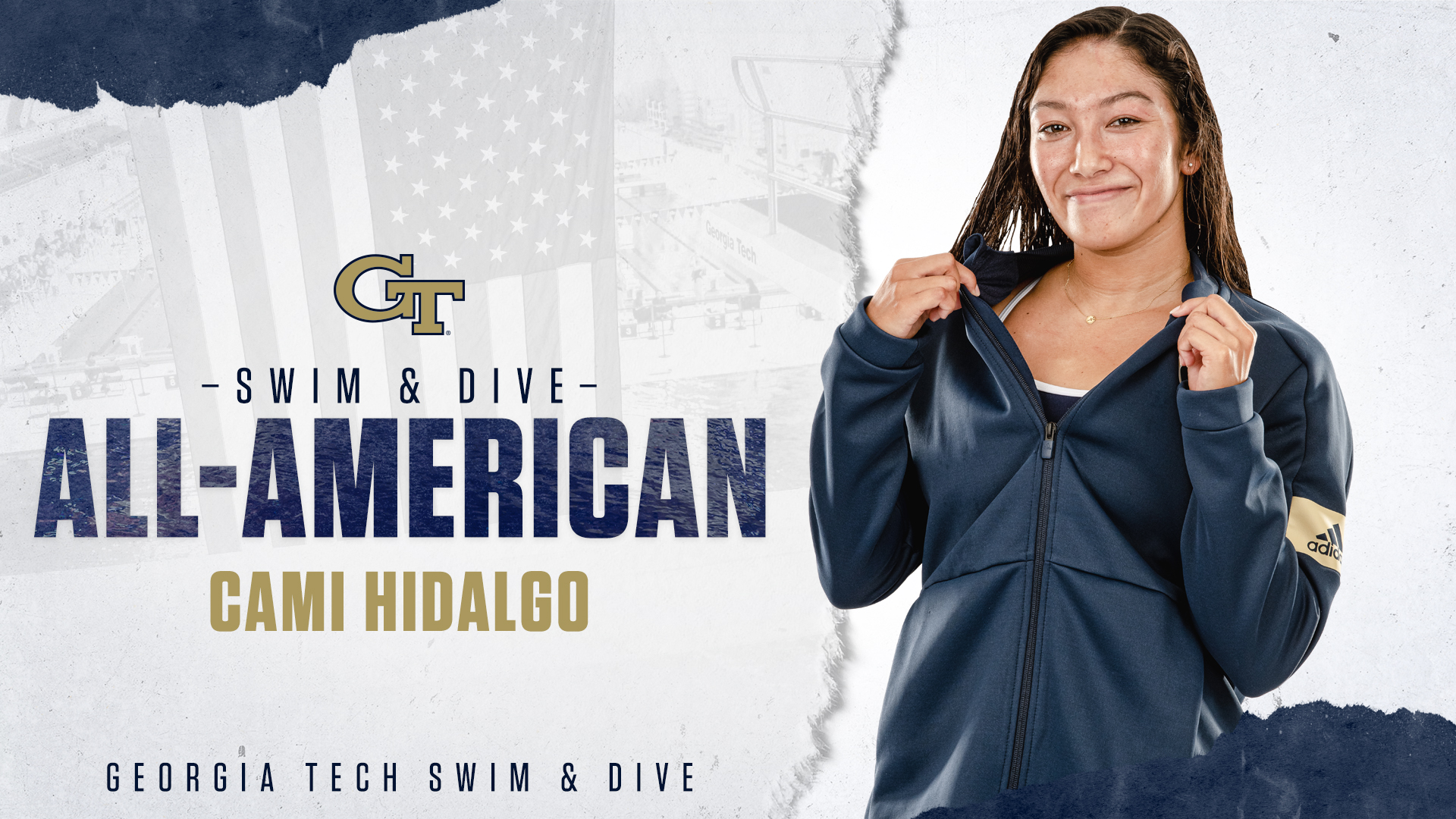 Hidalgo fought to be the story of the ACC Championships when she kicked off championships season by becoming an ACC Champion on the 1-meter. In addition to her gold medal, the Mission Viejo, Calif. native also took home the silver medal at ACCs on the platform to make her just the second diver in the women’s program history to take home multiple medals (Stephanie England – 2008). Not finished yet, Hidalgo went on to sweep NCAA qualification on all three boards at Zones to become just the third Yellow Jacket on the women’s team to accomplish the feat and the fifth diver overall to cement her place in the Georgia Tech annals. At Zones, she finished sixth on 1-meter and eighth on 3-meter and third on platform – which also earned her an Olympic Trials cut. 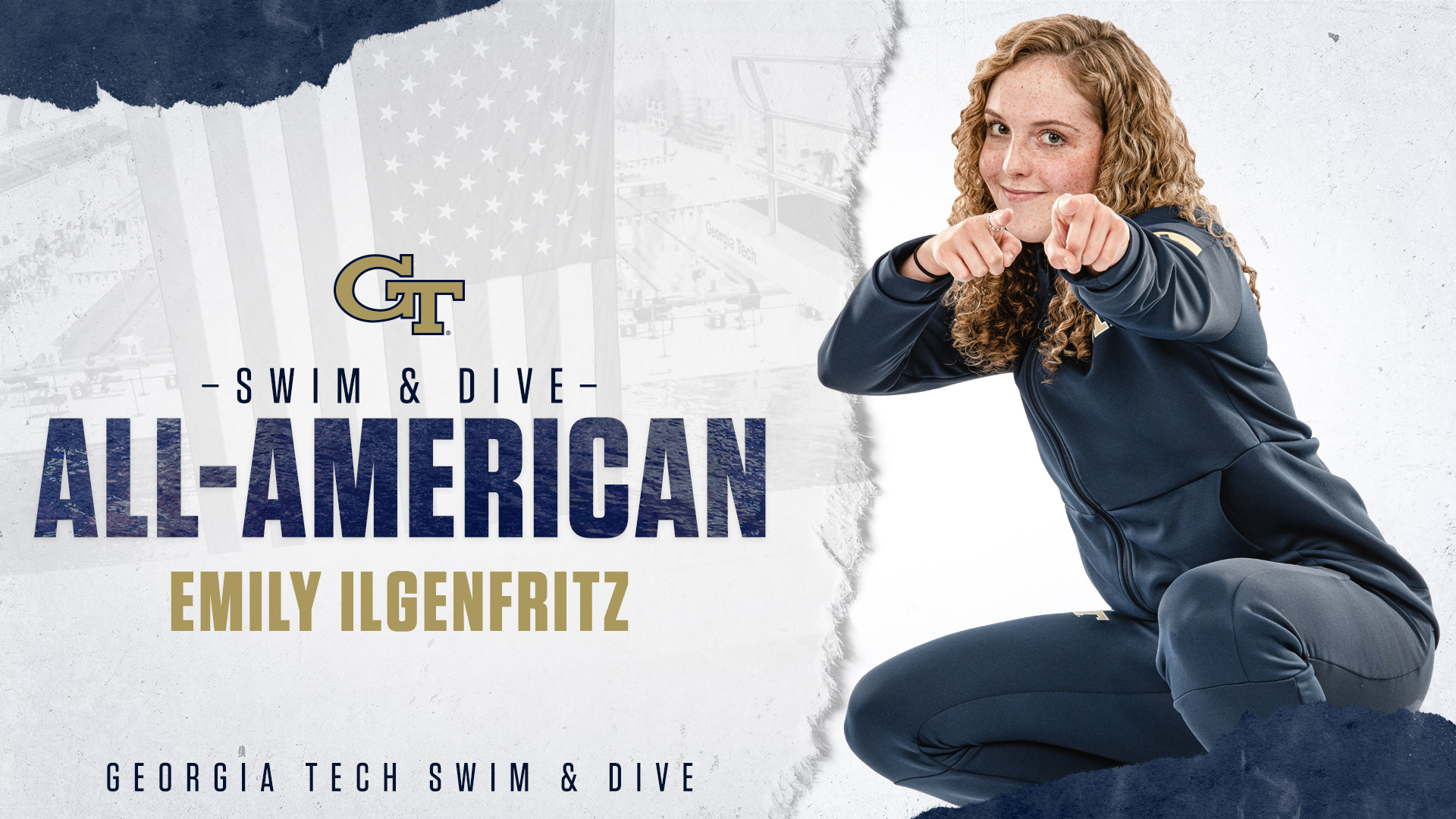 Ilgenfritz continued her steady pace of excellence in her senior campaign as she finished in the top 15 in the 500 and 1650 free at ACCs to be invited to Nationals to compete in those two events. The distance swimmer from York, Pa. broke two of her own school records again this season, turning in a 4:41.64 in the 500 free and 9:52.52 in the 1000 free. She also worked hard to set new personal records in the 200 and 1650 free events. In addition to her achievements athletically, Ilgenfritz was also named Dean’s List and earn Faculty Honors in 2019, sporting a 4.0 grade-point average in the Fall. 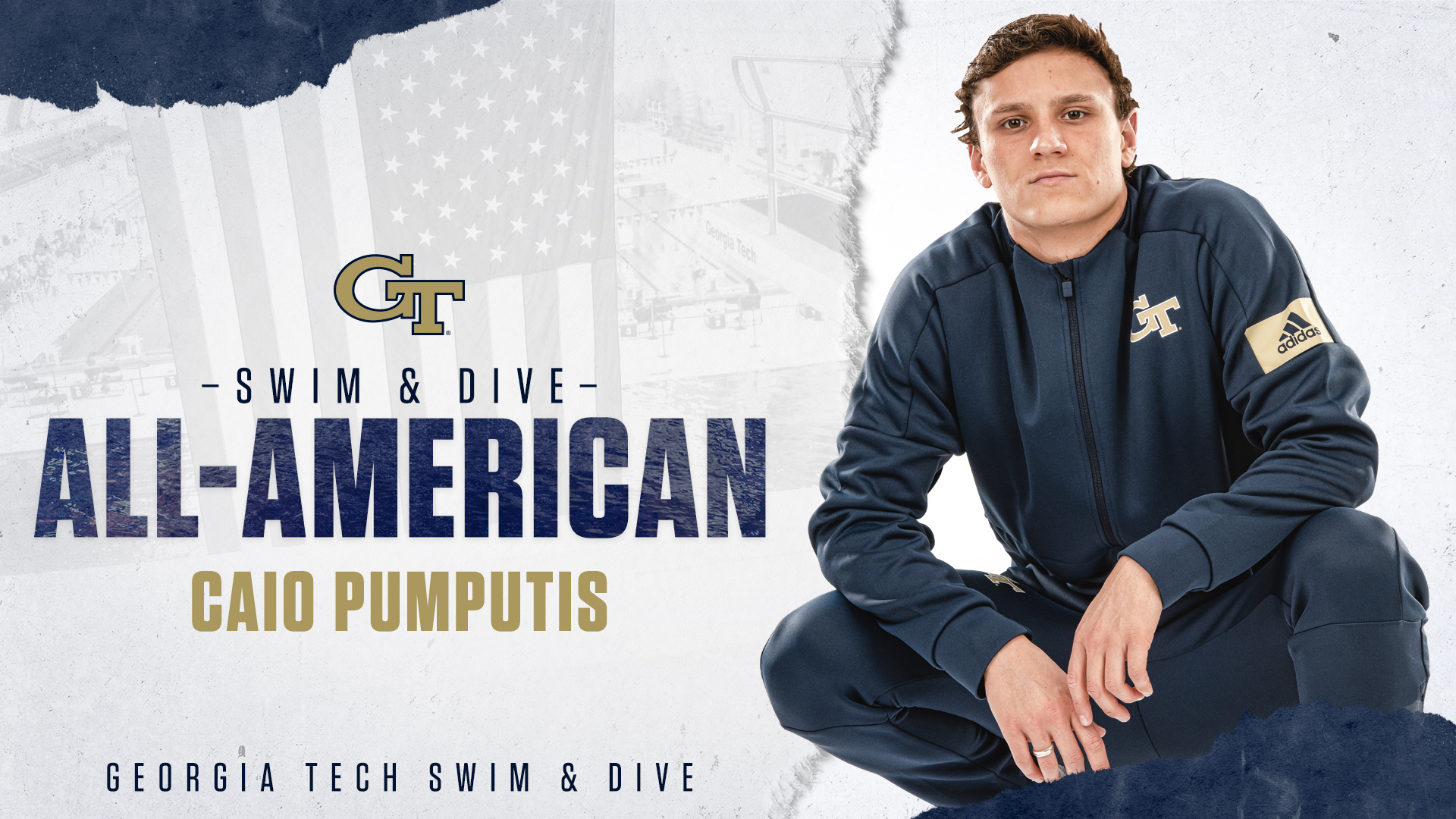