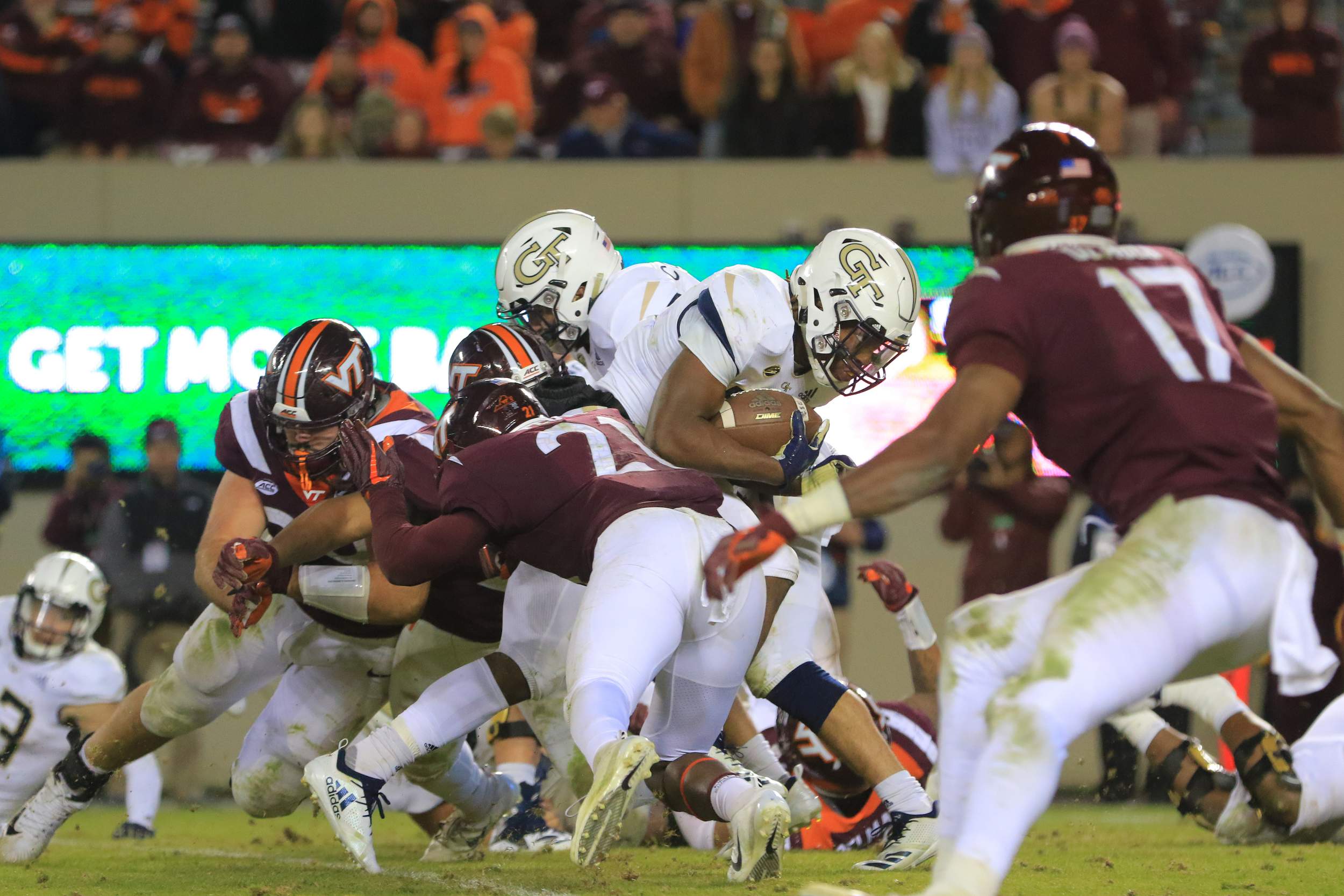 • Coming off perhaps its most impressive victory of the season, Georgia Tech looks to move within one game of bowl eligibility and remain alive in the wide-open race for the Atlantic Coast Conference Coastal Division title when it travels to North Carolina on Saturday. Kickoff is set for 12:15 p.m. at Kenan Stadium in Chapel Hill, N.C.

• Behind 215 yards from redshirt freshman quarterback Tobias Oliver, who was making his first-career start, the Yellow Jackets rushed for 465 yards in the win at VT. The 465-yard rushing effort marked the fourth time this season and 25th time in head coach Paul Johnson’s 11 seasons at Georgia Tech that the Jackets rushed for at least 400 yards in a game.

• Georgia Tech is in search of its second-straight win over North Carolina, following last season’s 33-7 rout in Atlanta (Sept. 30). The GT-UNC series has been a streaky one since Johnson’s arrival on The Flats in 2008. After North Carolina won in ‘08, the Yellow Jackets won five in a row from 2009-13, followed by three-straight Tar Heel victories from 2014-16 before Tech got back in the win column last season.