• The Yellow Jackets are coming off a disappointing 49-38 loss at USF last Saturday. Tech led by 10 points in the fourth quarter but saw USF score 21 unanswered points to close the game.

• Last Saturday’s loss was Georgia Tech’s sixth in a row away from Bobby Dodd Stadium. The Jackets have squandered double-digit leads in five of those six defeats.

• The six-game skid in games played away from home is the Yellow Jackets’ longest since it lost seven-straight road tilts from 1994-95.

• Tech opens its 36th season of ACC play on Saturday. The Yellow Jackets are 20-15 all-time in ACC openers.

• The Jackets are opening conference play against Pitt for the second year in a row. Last season, GT stomped the Panthers, 35-17 at Bobby Dodd Stadium. BB KirVonte Benson and QB TaQuon Marshall each ran for over 100 yards (196 and 112, respectively) in the rout. 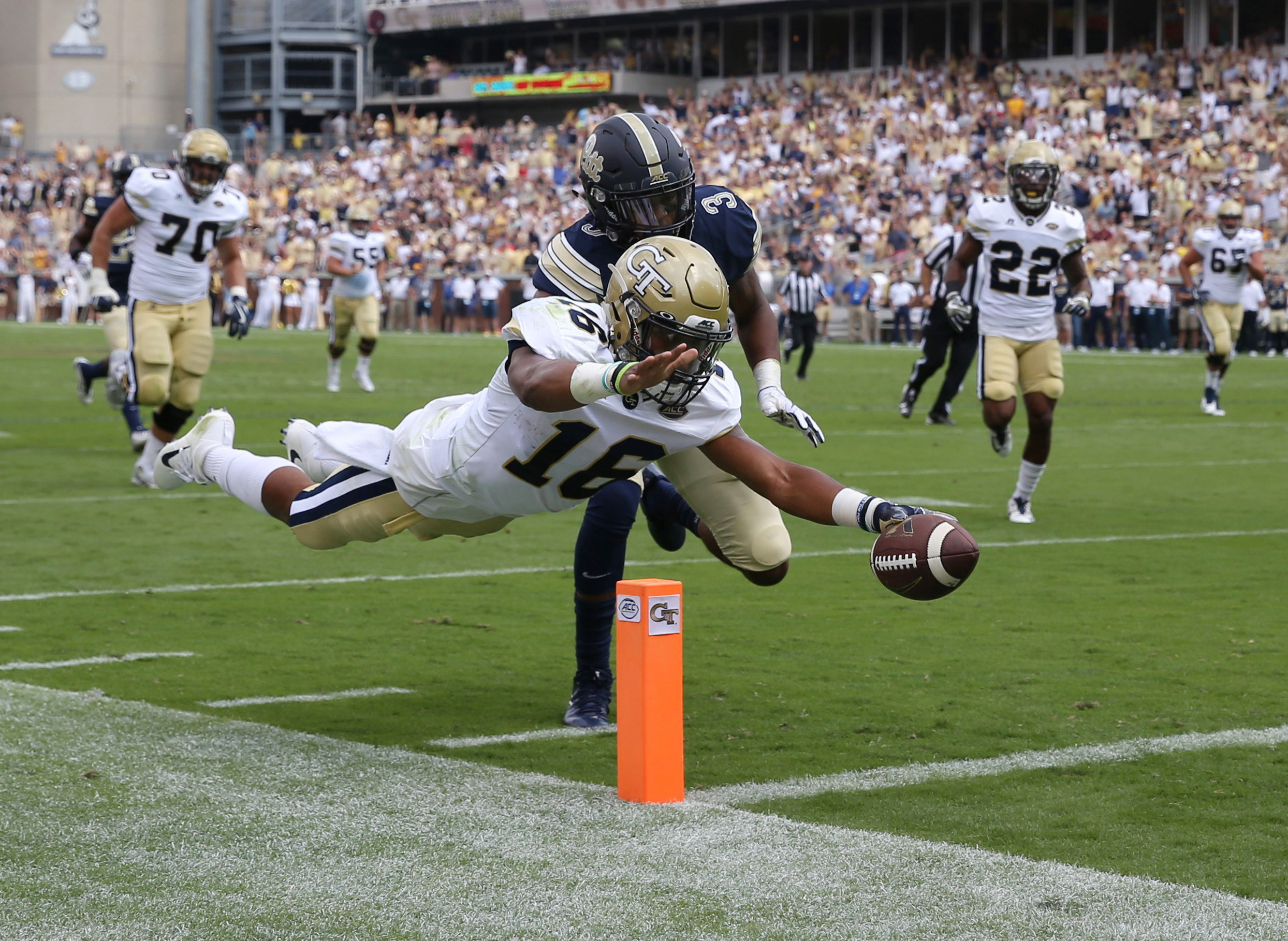 TaQuon Marshall soars into the end zone as part of his 112-yard rushing performance during last year’s 35-17 win over Pitt at Bobby Dodd Stadium.

• Georgia Tech trails the all-time series against Pitt, 7-5, but has won 3-of-5 matchups since the Panthers joined the ACC in 2013.

• The Yellow Jackets’ high-powered offense will be without the services of Benson beginning on Saturday, as head coach Paul Johnson announced on Tuesday that the junior A-back will undergo season-ending surgery to repair a knee injury sustained last Saturday at USF.