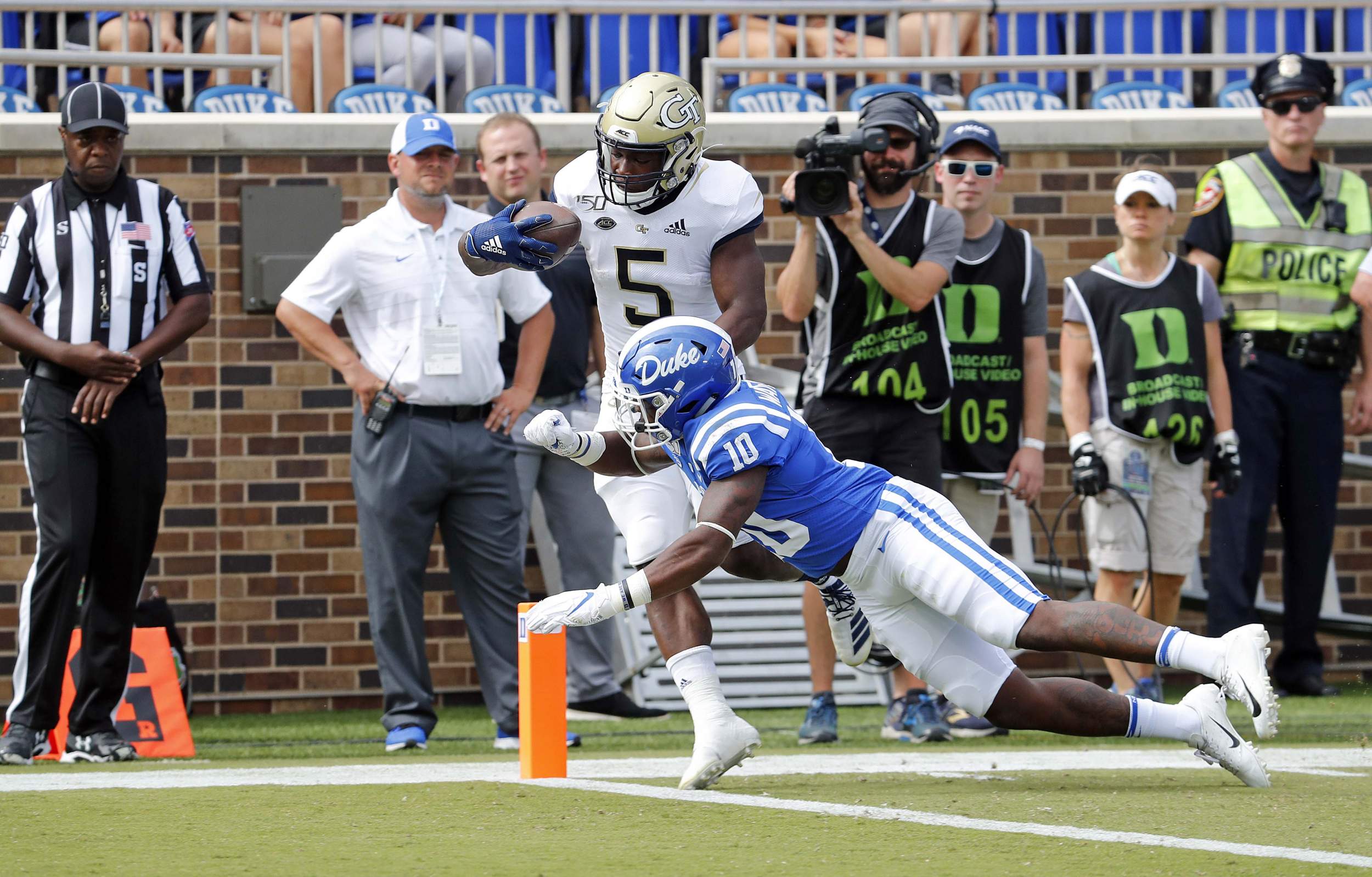 • The road game is Georgia Tech’s third in the last four contests and fourth in the first seven games of the season.

• After this week’s game, the Yellow Jackets have their second open week of the campaign, followed by four home dates in their final five games of the regular season.

• Last Saturday, Georgia Tech’s offense racked up a season-high 379 yards of total offense and allowed just 105 yards and three points in the second half, but was unable to overcome a first-half flurry by Duke in a 41-23 loss to the Blue Devils.

• Georgia Tech’s offense, in particular, continues to improve in its transition from an option scheme to an NFL-style spread attack. Last Saturday’s 379-yard output marked the fourth-straight game that the Yellow Jackets set a season high for total offense. Additionally, the Jackets’ 23 points against Duke were the most that they’ve scored against an NCAA Division I FBS opponent this season.

• The Yellow Jackets continue to deploy one of the nation’s youngest rosters. Georgia Tech has only eight seniors on its active roster and freshmen and sophomore played 71 percent of the Jackets’ total snaps last Saturday at Duke.

• Miami has won eight of the last 10 games in the series, including five-straight at Hard Rock Stadium. Georgia Tech’s 27-21 win in Atlanta last season (Nov. 10) snapped a three-game skid against the Hurricanes.