Many thousands of words have been written about Derrick Morgan the football player over the last 15 years. An All-American at Georgia Tech, first round NFL draft pick and nine-year star for the Tennessee Titans, Morgan’s exploits were well chronicled.

Morgan’s recent headlines read a bit differently. Morgan announced his football retirement last summer by crafting a piece for the Players’ Tribune headlined “My New Purpose” that outlined his move from the football field to the business world. He joined the ranks of “impact investors” or those who focus on companies and initiatives that offer solutions to social and environmental issues.

Not long after, Morgan the entrepreneur was profiled in Forbes, arguably America’s most respected business publication. The Forbes’ piece outlined one of his early projects, the KNGDM Impact Fund. KNGDM is raising 50 million to invest in real estate and operating businesses in Opportunity Zones, which were established by the Trump administration in 2017 and make private investments made in designated economically distressed communities eligible for capital gain tax breaks.

Morgan recently shared his insights on his past, present and future with Everyday Champions.

Everyday Champions: You’ve talked openly over the years about growing up in a small town beyond the outskirts of Philadelphia, raised in a tight-knit family environment by a single mother and your grandparents. How did that background influence your life?

Derrick Morgan: “My upbringing was grounded in accountability and discipline. That foundation was set from an early age. My mom and my grandparents modeled that behavior, and it has translated throughout my life and given me a bit of an edge up in all my pursuits. Kids learn more by example than through preaching and constant nagging. I do the same thing with my kids today. They probably hear about five percent of what I say, but they see everything.” 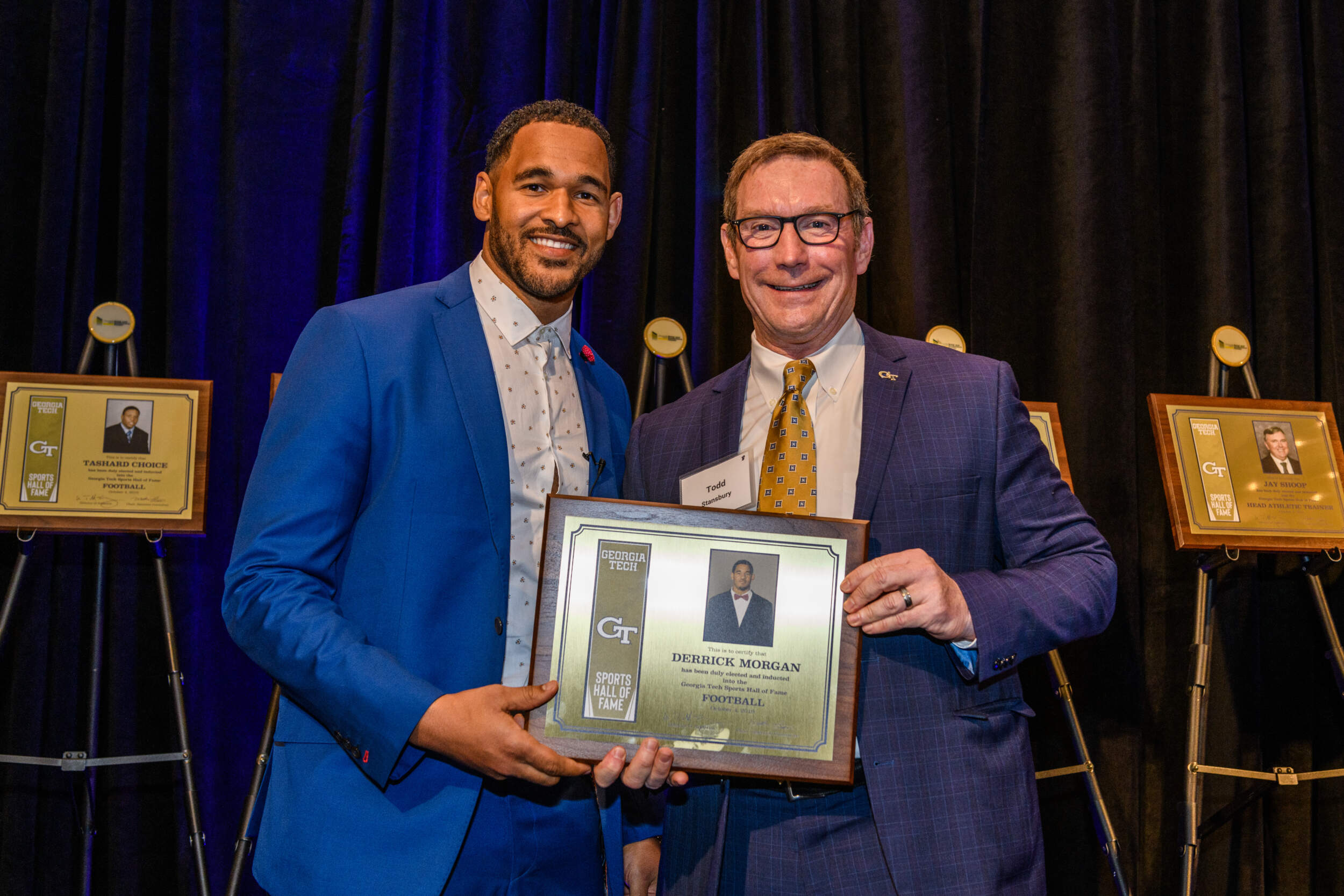 Veteran NFL defensive lineman Morgan (left) stands with Director of Athletics Todd Stansbury (right) during his induction into the Georgia Tech Hall of Fame Class of 2019.

EC: What about football’s role? You weren’t a Pop Warner prodigy — you didn’t come to the game until you were a teenager. Once you discovered your talents, how did that change the direction of your life?

Morgan: “Once we reach a certain age, we are always looking for our place in the world. A lot of it depends on your upbringing: Are you being raised in an edifying, reaffirming environment? Or are you in a place where you are simply looking to survive? Without someone to tell you who you are, why you are important and what your potential is, you are always looking for those answers. Football filled in those blanks for me. For me, football was something to put my stake in the ground.

“The interesting part is once I reached the pinnacle and became a professional player, I realized that football wasn’t going to define the entirety of my life.”

EC: So let’s talk about where you have found your place in the world now after a stellar football career. You retired from the NFL after the 2018 season and quickly pivoted to entrepreneurship and what is called impact investing. Where did you begin?

Morgan: “The first thing I did was talk to God. I dedicated myself to improving my prayer life and bettering my understanding of my purpose and what God wanted me to do with the next chapter. I was determined to walk in my purpose and do what I was supposed to do. I did an eight-day water fast and found some direction and inspiration. From the moment when I began to walk in obedience of what God wanted, things started to fall into place. I feel fortunate to have purpose. Not all in my position do. That’s a reality for a lot of guys who hang them up. I knew I couldn’t be that recently retired guy who is depressed all the time and doesn’t have any motivation in life. I’m grateful that God directed me on my way.

“From there it was a continuous process. I’m a very curious person. Whether it’s something I read or something like a documentary, I like to look into it. One day I was watching a documentary about the 13th amendment, which ended slavery. It was very intriguing, because it told me what the money that I’m investing today is going to fund. In this case, it was about private prisons and how all these different investment vehicles have holdings in these private prison companies. That got me reading and studying and learning about impact investing.

“I reached out to an impact investor out of Oakland who had written a book on the matter, and she opened my eyes to the possibilities of what you could invest in where the money makes a difference in people’s lives. That kick-started the process of me moving my money toward those investments and getting involved in areas of impact investing.” 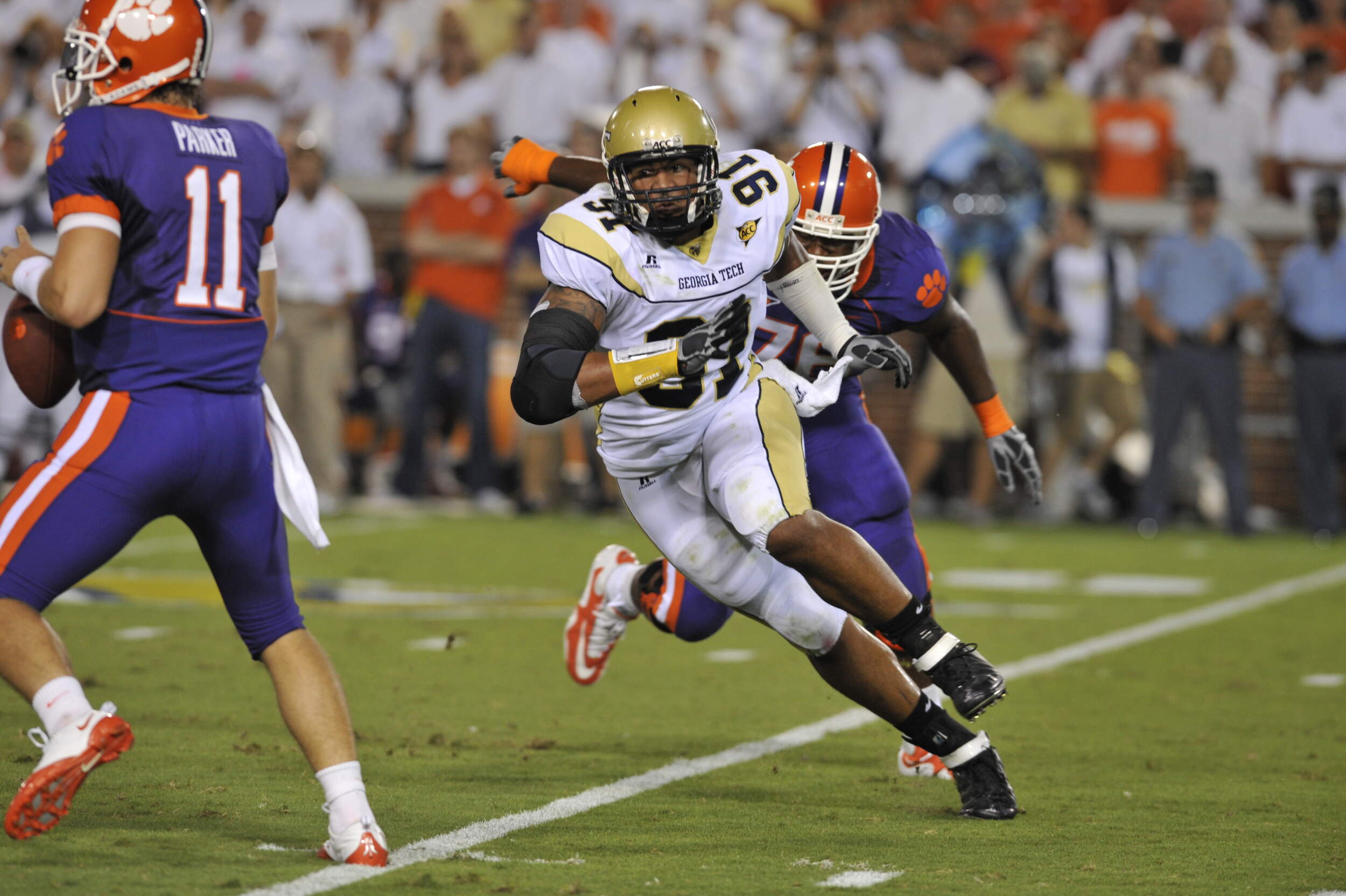 One of the best pass rushers in Georgia Tech history, Morgan (91) is the only Tech football player to be named the ACC Defensive Player of the Year, which he accomplished in 2009. A first-team All-American by the Associated Press, the American Football Coaches Association and Pro Football Weekly in 2009, Morgan also made the All-ACC first team, culminating a career in which the Yellow Jackets won 27 games and made back-to-back ACC Coastal Division titles and appearances in the ACC Championship game.

EC: You are now a champion of several sustainable businesses, from plant-based meat foods to insulation made from recycled cardboard. You are also investing in Opportunity Zones. What attracted you to this area of investing?

Morgan: “My entire hometown is an Opportunity Zone. That’s how I got interested in the program. The catch with Opportunity Zones is the incentives may get money into those markets, but will it be invested in projects that help the community? And will the community have a say in what happens in Opportunity Zones? I don’t subscribe to the top-down approach. I want residents to have a voice. I want to engage the stakeholders and hear their voices. That’s what I’ve been doing with the project in Coatesville. We listened, purchased 22 acres and are developing a plan to build a sports facility, an events center and an education center focused on skilled trades and entrepreneurial support. These are things we think will be financially sustainable for the community.”

EC: That’s such a refreshing perspective. No doubt there are a fair amount of Opportunity Zone investors who are just looking to maximize their return without much thought for the communities they are investing in. Do you see your project as setting an example for others?

Morgan: “There are a lot of people out to make money in this sector. But it should be about making money in a responsible way and making money with connections to these communities. I feel I was put in a position to be an intermediary. I came from a distressed area and transcended my circumstances. Now I have all these connections and access to resources to go into these projects and make them real. The potential is really exciting.”

EC: For someone so new to the business world, you seem to have a tremendous grasp on things. How much of that stems from your business management studies at Georgia Tech?

Morgan: “Georgia Tech, first and foremost, cultivated in me a sense of responsibility. It was a challenging yet rewarding experience both in terms of education and athletics. When I came out of Georgia Tech, I felt very prepared for the real world. Georgia Tech doesn’t coddle student-athletes. They expect excellence. You are not going to be in a lackluster, remedial major; you are going to be on a very serious degree path. You have to apply yourself and be the real deal. It positioned me to take on the world in a real way and has been incredibly beneficial to my life.”

EC: Did you appreciate that at the time?

Morgan: “Absolutely not. Fortunately, it became entrenched in me anyway. Education was secondary to me when I was in college but I couldn’t give a secondary effort. I developed a skill set that I would use later. People try to separate intellect and business, but it’s just a language barrier most of the time. I had the language from being in that setting.”

EC: Let’s wrap up by looking back on your Georgia Tech football career. What stands out?

Morgan: “The highlights were the team victories. The individual success was important but nothing compared to winning the 2009 ACC championship and standing on that podium with my teammates.” 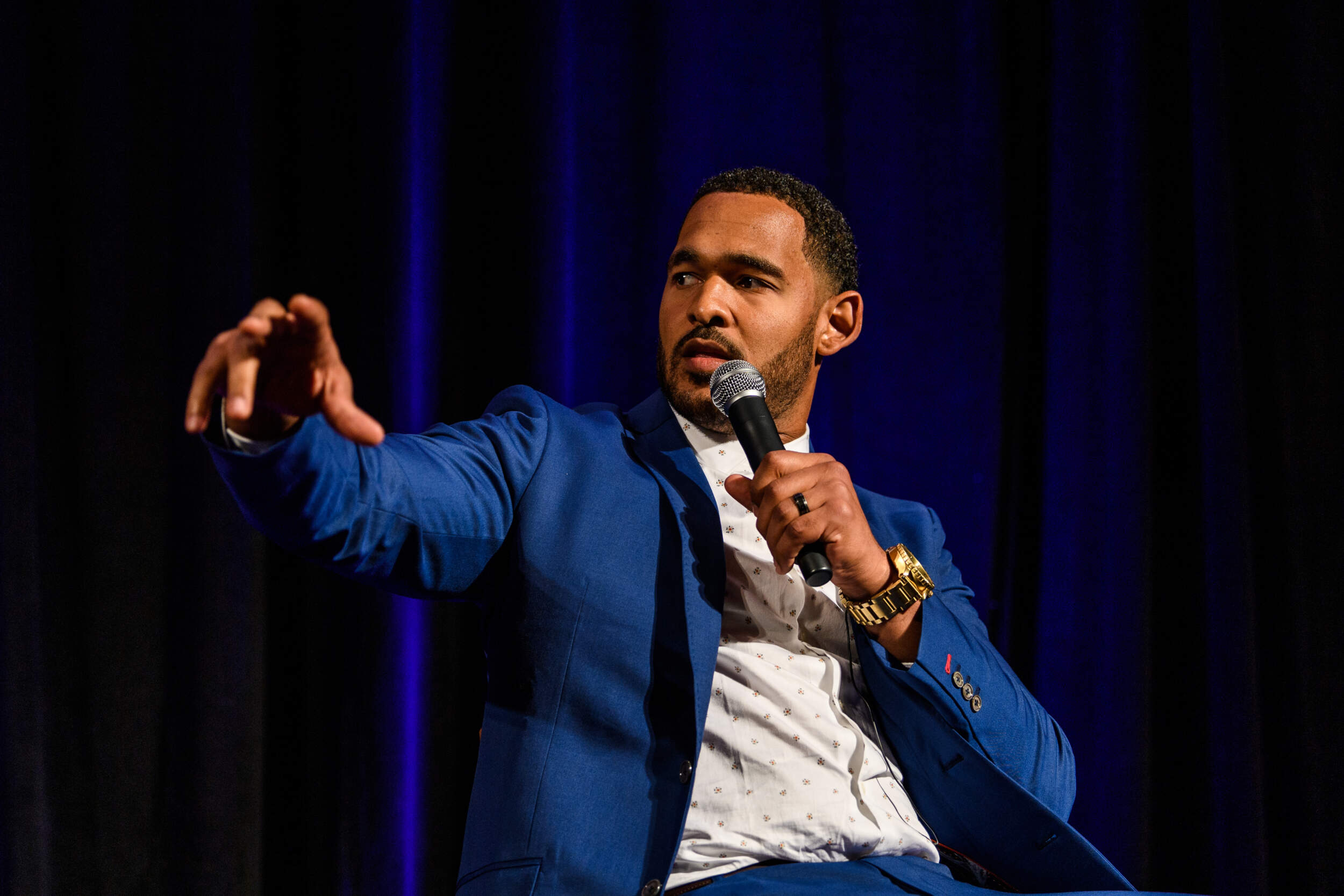 Cultivated with ‘a sense of responsibility’ from his Georgia Tech studies, Morgan has entered the post-professional sports world prepared and energized as he rises to the top of a new arena – the business world.