THE FLATS – Eric Reveno, who has forged a strong reputation for developing Georgia Tech’s big men and incorporating analytics in a number of areas in the Yellow Jackets’ program in three-plus years with head coach Josh Pastner, has been elevated to associate head coach, Pastner announced Friday.

Reveno, 53, joined the Tech staff as an assistant coach on May 6, 2016. The former Stanford post player oversaw one of the Yellow Jackets’ great successes in 2016-17 in the development of center Ben Lammers, who became a second-team All-ACC performer and the conference’s Defensive Player of the Year. He also helped develop another former reserve forward, Abdoulaye Gueye, into a significant contributor for the Yellow Jackets in his final two seasons, and helped transfer James Banks III develop into one of the ACC’s top defensive players in 2018-19, making the ACC’s All-Defensive team.

“This is a well-deserved promotion for Eric, and I’m excited that he’s on our staff,” said Pastner. “Eric is a former head coach and understands how to run a program. He’s had a lot of responsibility behind the scenes here over the last three years, keeping us organized and moving in the right direction in so many areas. He’s also done a tremendous job on the court, developing our frontcourt players and in our scouting and game-planning.”

Reveno’s penchant for analytics has led to partnering the Jackets with advance technology systems to help the team’s performance, such as the Noah shot-tracking system which was installed in both the Zelnak Practice Facility and the main floor at McCamish Pavilion, along with other analytics and data-gathering methods. In addition to recruiting, player development, on-court coaching, scouting and game-planning, Reveno also handles budget management, staff organization and game scheduling for the program.

“The biggest thing about being named associate head coach is it just reminds me of how grateful I am to be a part of this program,” said Reveno. “It is an honor to work with Georgia Tech basketball and for Coach Pastner. It is also a blast and a privilege to work with our tremendous student-athletes. I am excited to continue to help build a championship program and help our players be the be the best they can be.”

Prior to joining the Yellow Jackets, Reveno spent 10 years spearheading a rebuilding effort at Portland in which the Pilots played in four CollegeInsider.com Postseason Tournaments (CIT) during his tenure and had a three-year span where the Pilots averaged 20 wins from 2008-10. Reveno was named the WCC Coach of the Year in 2009 after leading Portland to back-to-back third-place finishes in the league standings. The Pilots were also one of the best three-point shooting teams in the nation during Reveno’s term. 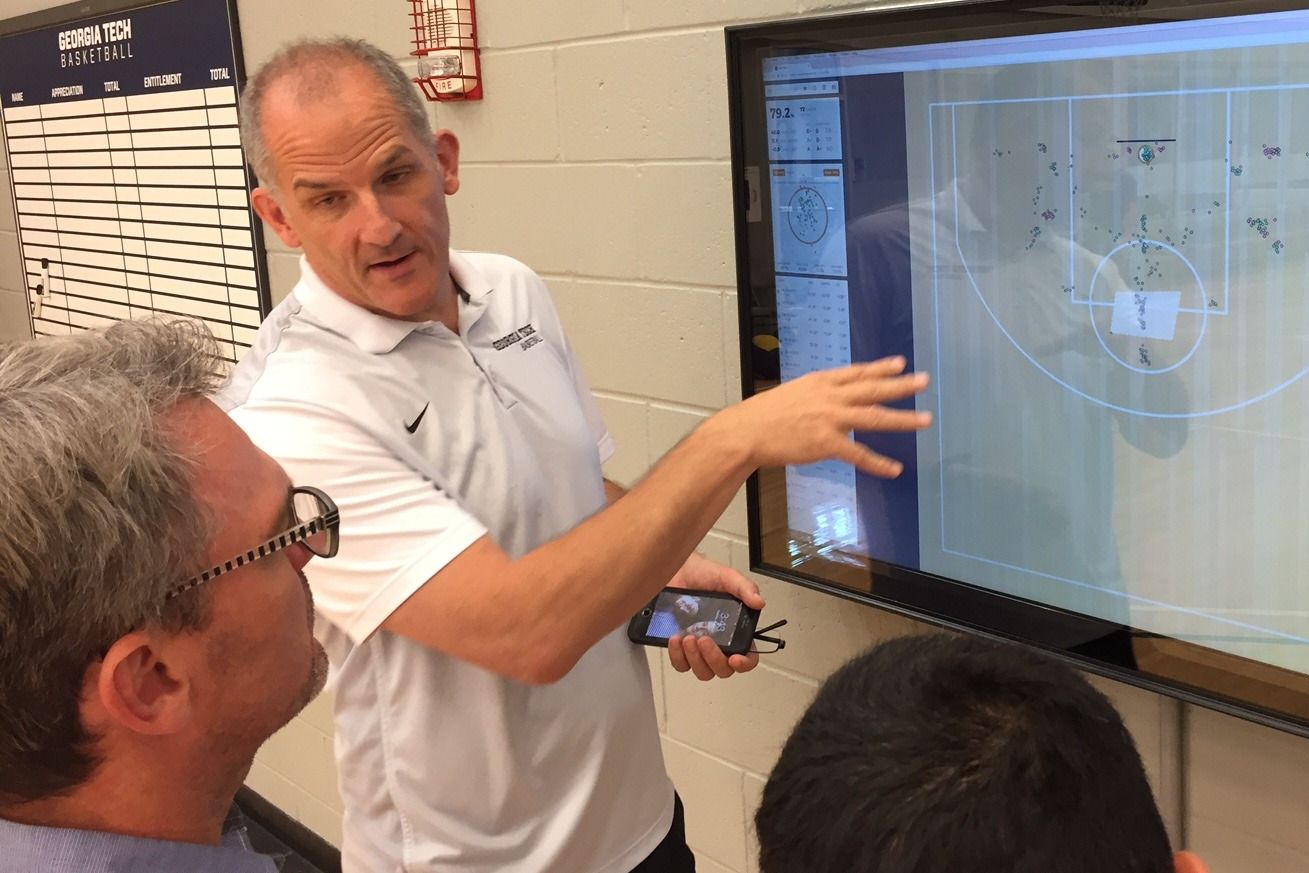 Before that, he served as an assistant coach under under Mike Montgomery at Stanford for seven years before being promoted to associate head coach during the 2004-05 season alongside Trent Johnson.

A post player for the Cardinal in the late `80s under both Davis and Montgomery, Reveno helped coach his alma mater to seven 20-win seasons, three 30-win seasons, eight NCAA Tournament appearances, an NCAA Final Four in 1998, three years with a No. 1 national ranking and four Pacific-10 Conference Championships.

After graduating from Stanford in 1989 with a degree in economics, he spent four years playing professional basketball in Japan. He returned to Stanford and obtained his masters degree in business administration in 1995. Prior to joining the Stanford coaching staff in 1997, he served as president for two years of Riekes Center in Menlo Park, a non-profit mentoring organization that works with athletes of all ages.