THE FLATS — A pair of key defensive plays in the fourth quarter preserved a 14-10 Georgia Tech lead and the Yellow Jackets went on to defeat USF by that same 14-10 score on Saturday afternoon at Bobby Dodd Stadium.

Leading 14-10 with a less than 12 minutes to go in the ballgame, Georgia Tech (1-1) turned the ball over near midfield. One play later, it appeared that USF (0-2) might take its first lead of the game when Jordan McCloud completed a pass to a wide-open Mitch Wilcox, who looked like he might take it to the house for a go-ahead touchdown before Georgia Tech’s Tariq Carpenter hustled to chase him down from behind and tackle him at the 1-yard line.

Three plays later, on third-and-goal from the 1, Tech defensive back Kaleb Oliver shot into the backfield to hit USF running back Jordan Cronkite as Cronkite was trying to extend the ball over the goal line for the go-ahead score. The ball popped loose on Oliver’s hit and GT defensive lineman T.K. Chimedza snagged the free ball out of the air to thwart the scoring threat and maintain the Yellow Jackets’ 14-10 lead.

The Jackets’ subsequent series stalled near midfield but junior punter Pressley Harvin III pinned the Bulls at their own 6-yard line with a 41-yard punt — his fourth punt of the day that was downed inside the USF 20. Georgia Tech forced a punt on USF’s ensuing series and then ran the final 3:23 off the clock to give Geoff Collins his first win as Tech’s 20th head coach.

Jordan Mason ran for a career-high 99 yards and a touchdown and quarterback Tobias Oliver added 48 yards on the ground and a score of his own to pace Georgia Tech offensively. Making the first start of his career, quarterback Lucas Johnson completed 11-of-17 passes, the most pass completions by a Tech quarterback since Justin Thomas also completed 11 against Miami (Fla.) in 2016.

Georgia Tech returns to action next Saturday when it hosts The Citadel at Bobby Dodd Stadium. Kickoff is set for 12:30 p.m. (BUY TICKETS). 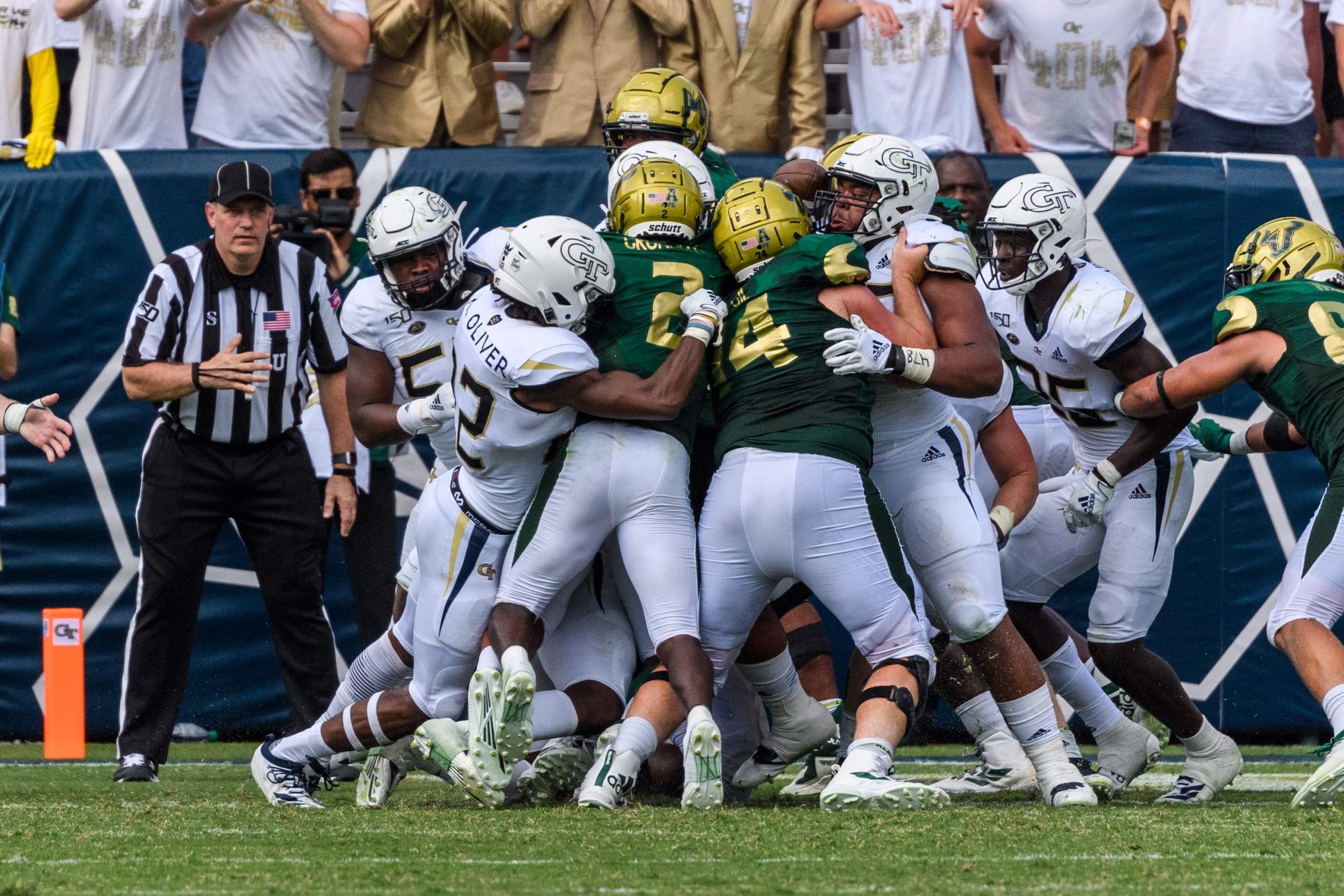 Kaleb Oliver (22) forces a fumble by USF’s Jordan Cronkite (2) that is recovered by Georgia Tech on the 1 yard line, preserving the Jackets’ 14-10 fourth-quarter lead. 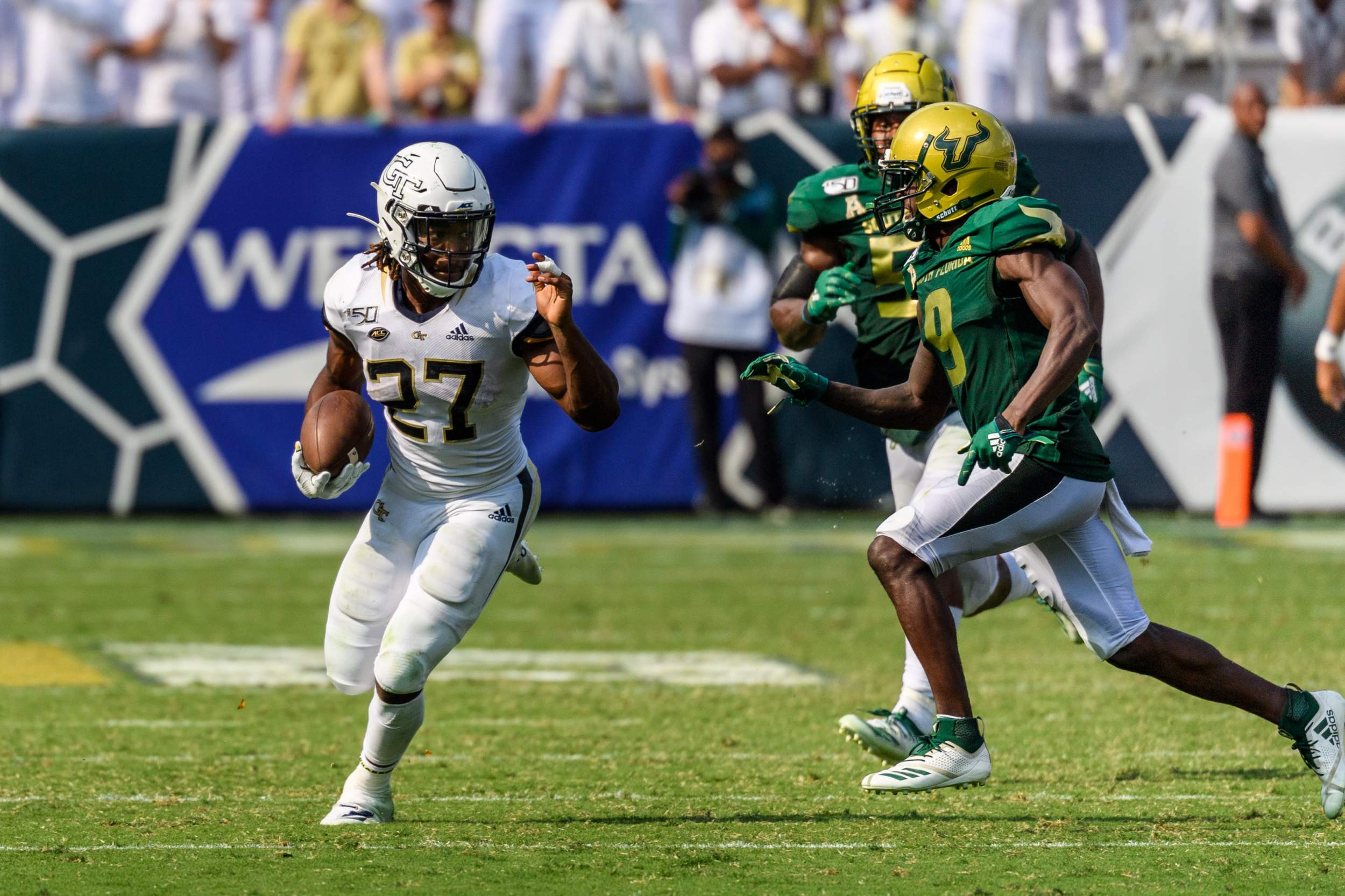 Jordan Mason ran for a career-high 99 yards in Georgia Tech’s 14-10 win over USF.