GREENSBORO, N.C – Georgia Tech volleyball led the way in the annual Atlantic Coast Conference honors as head volleyball coach Michelle Collier was named the ACC Coach of the Year Also honored were freshman Julia Bergmann as Freshman of the Year, sophomore Matti McKissock as Setter of the Year and a program-record six Jackets earned all-conference honors. 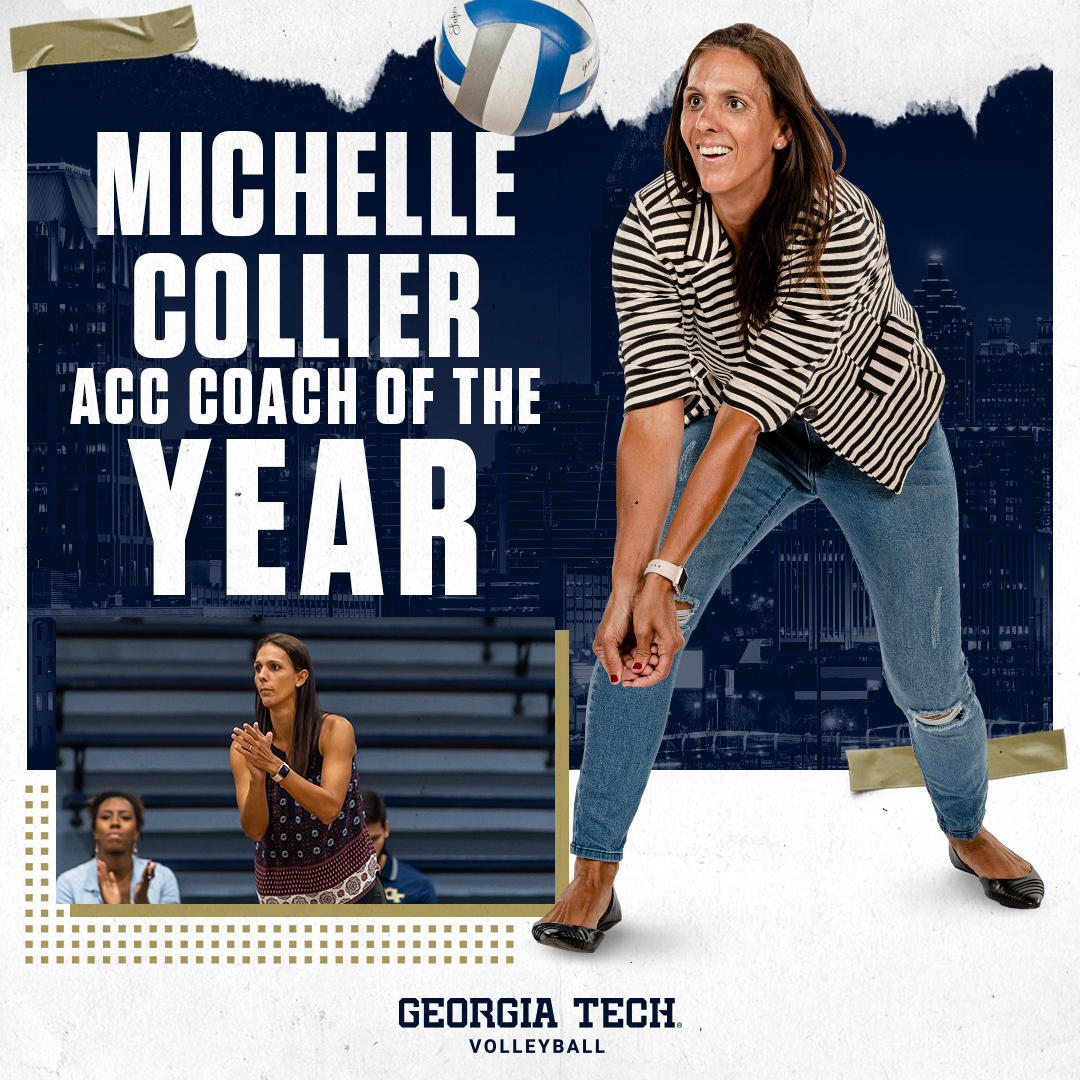 Collier was recognized by the conference for leading the Jackets to a second-place finish in the ACC after a 11th-place projected finish in preseason. It marked the Jackets’ highest finish in conference play since 2004 when they went undefeated to claim the regular season title. The Yellow Jackets finished the regular season with a 21-8 record, its first 20-win season since 2016 when the Jackets went 24-8. Collier is only the third Georgia Tech head coach to earn the honor. 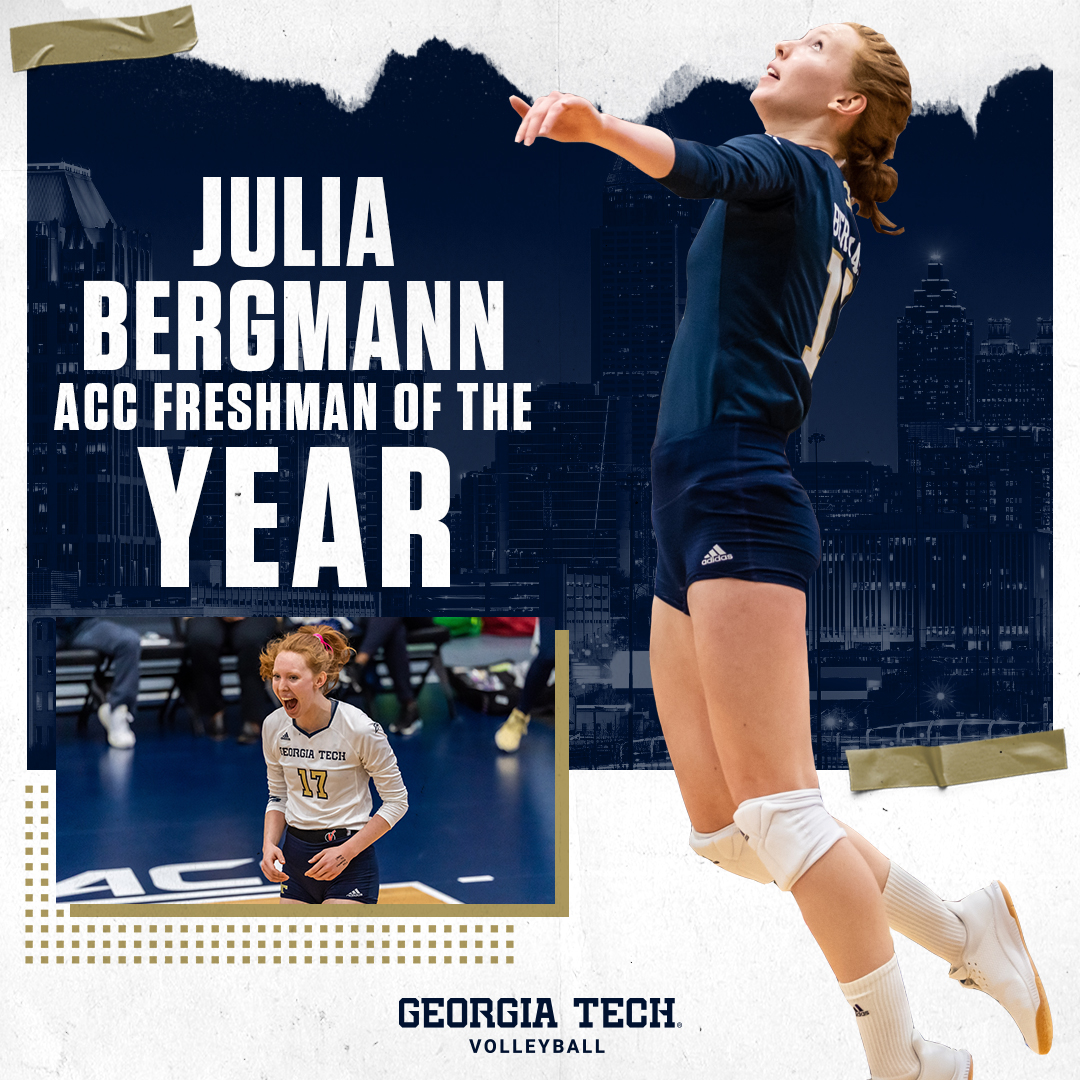 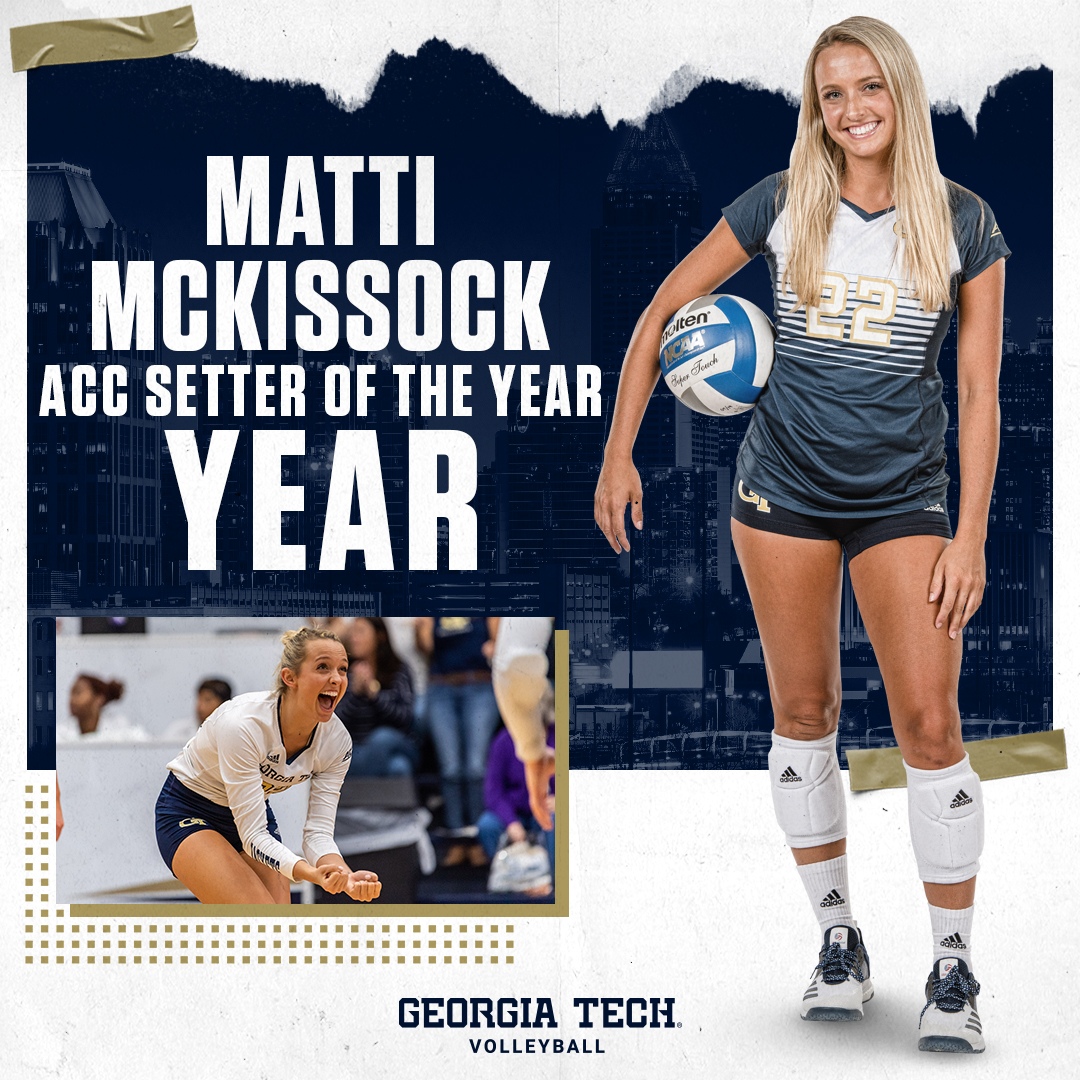 McKissock was tabbed Setter of the Year and named first-team all-ACC. The sophomore out of Orlando, Fla., led the ACC in assists per set for the entire season. She aided the Jackets to a league-leading hitting percentage, ranking in the top-20 nationally for the statistic. Her career-best 63 assists against Boston College were a season-best for the conference. 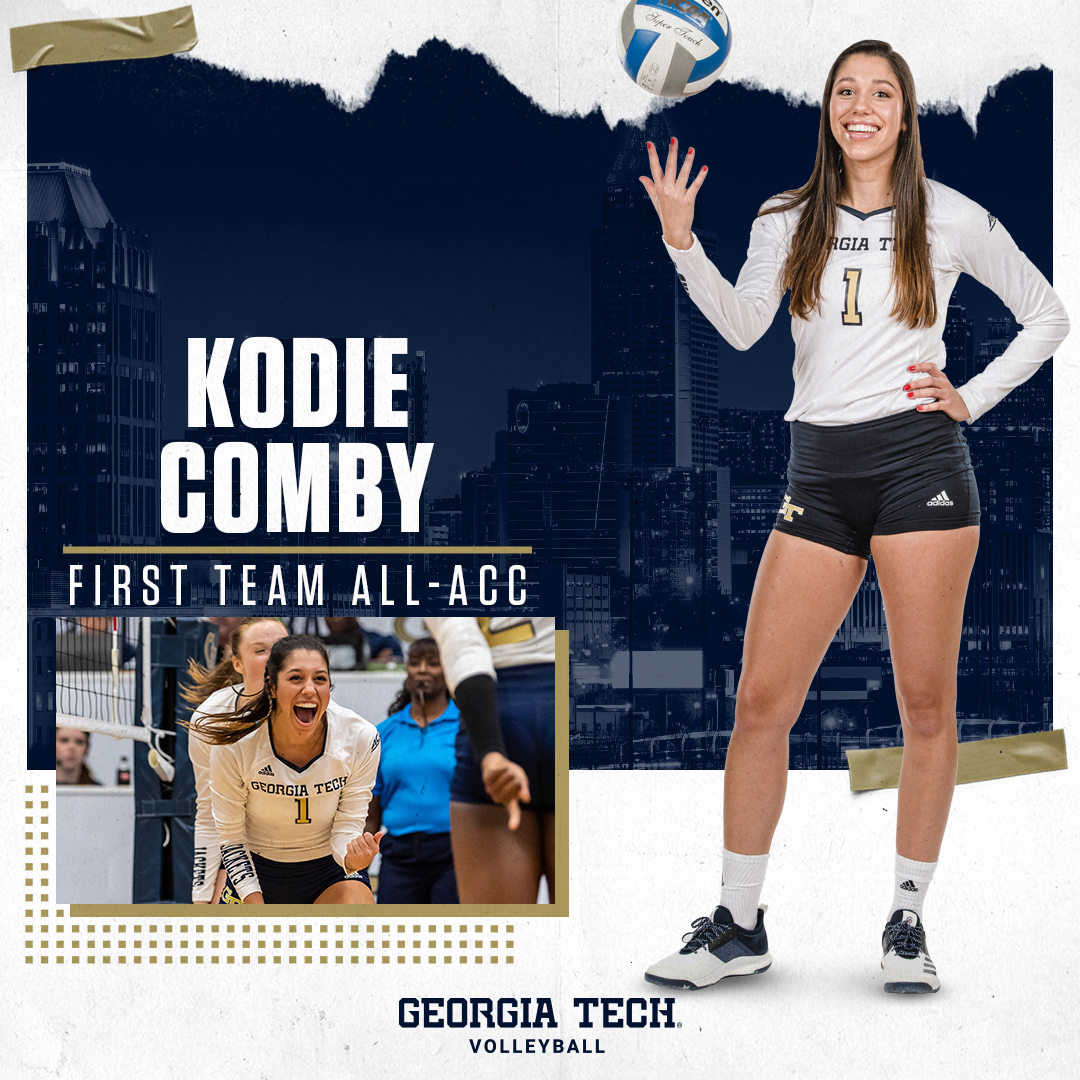 Senior Kodie Comby was a unanimous first-team all-ACC selection. The senior, middle blocker leads the ACC in hitting percentage, ranking second nationally. Against Arkansas, Comby went 12-for-12, hitting 1.000 for a national match-high for the 2019 season. Her .440 hitting percentage is on track for a program record for single-season hitting percentage. 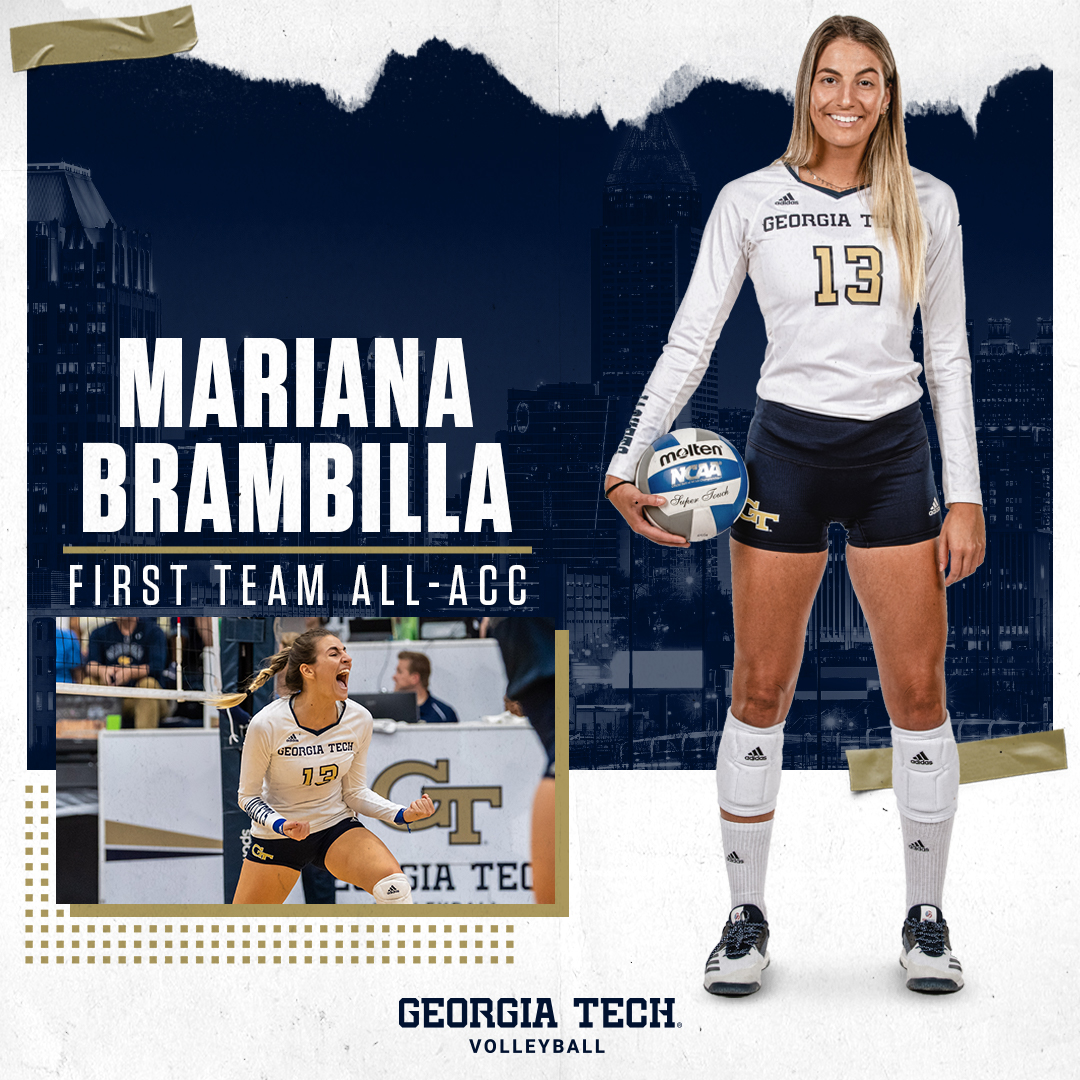 Sophomore Mariana Brambilla earned first-team all-ACC honors. She was named to the all-freshman team in 2018. Brambilla was named ACC Player of the Week on Nov. 25, following her performances in Tech’s wins over Clemson and Notre Dame. The outside hitter from Porto Alegre, Brazil, performed consistently during conference play and was critical to Tech’s final 13-1 run to finish the regular season. 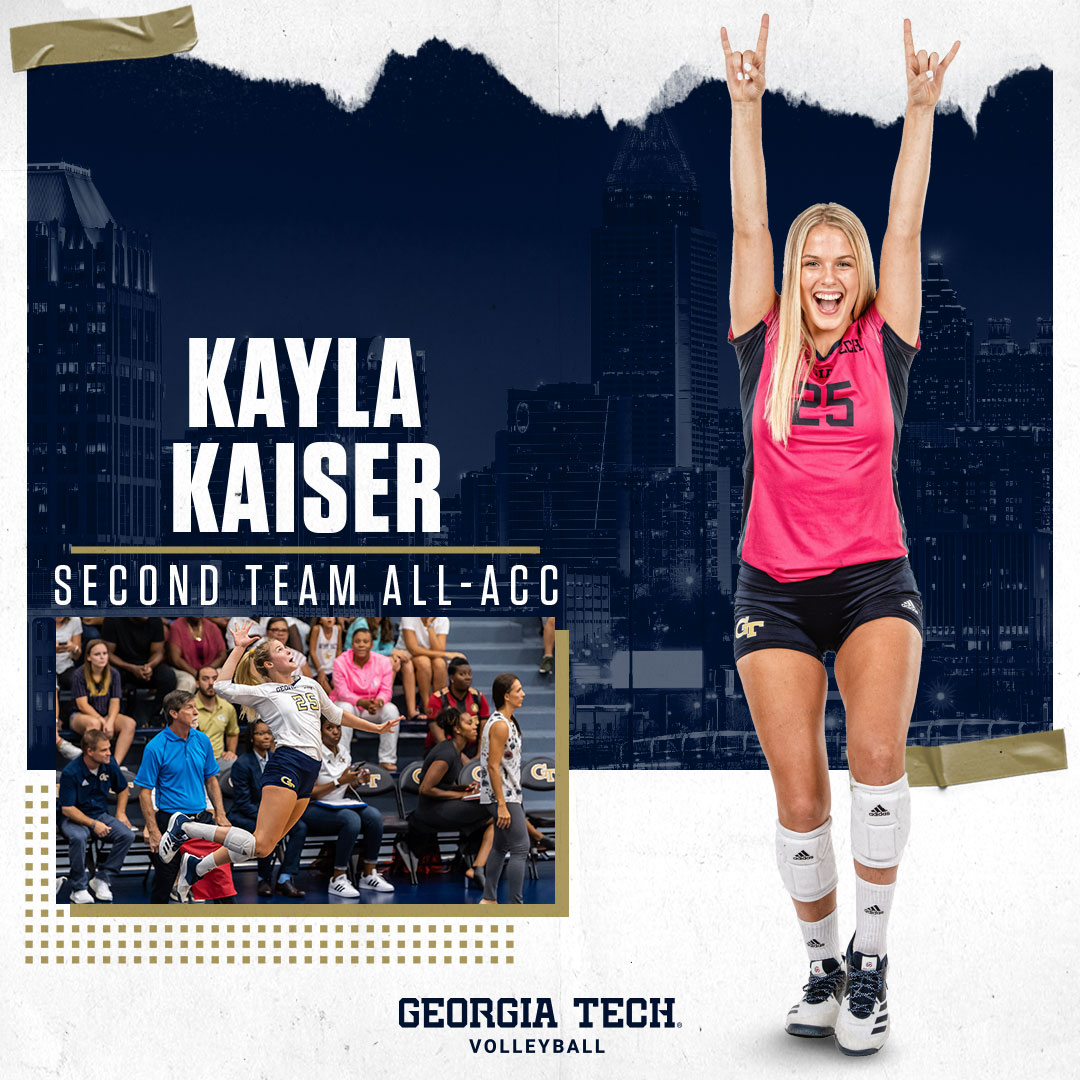 Sophomore Kayla Kaiser was tabbed second team all-ACC, her first conference honors. The middle blocker out of Louisville, Ky., ranks second in the conference for hitting percentage. She posted a career-high 16 kills against Arizona State on her way to being named to the OU Nike Invitational all-tournament team. 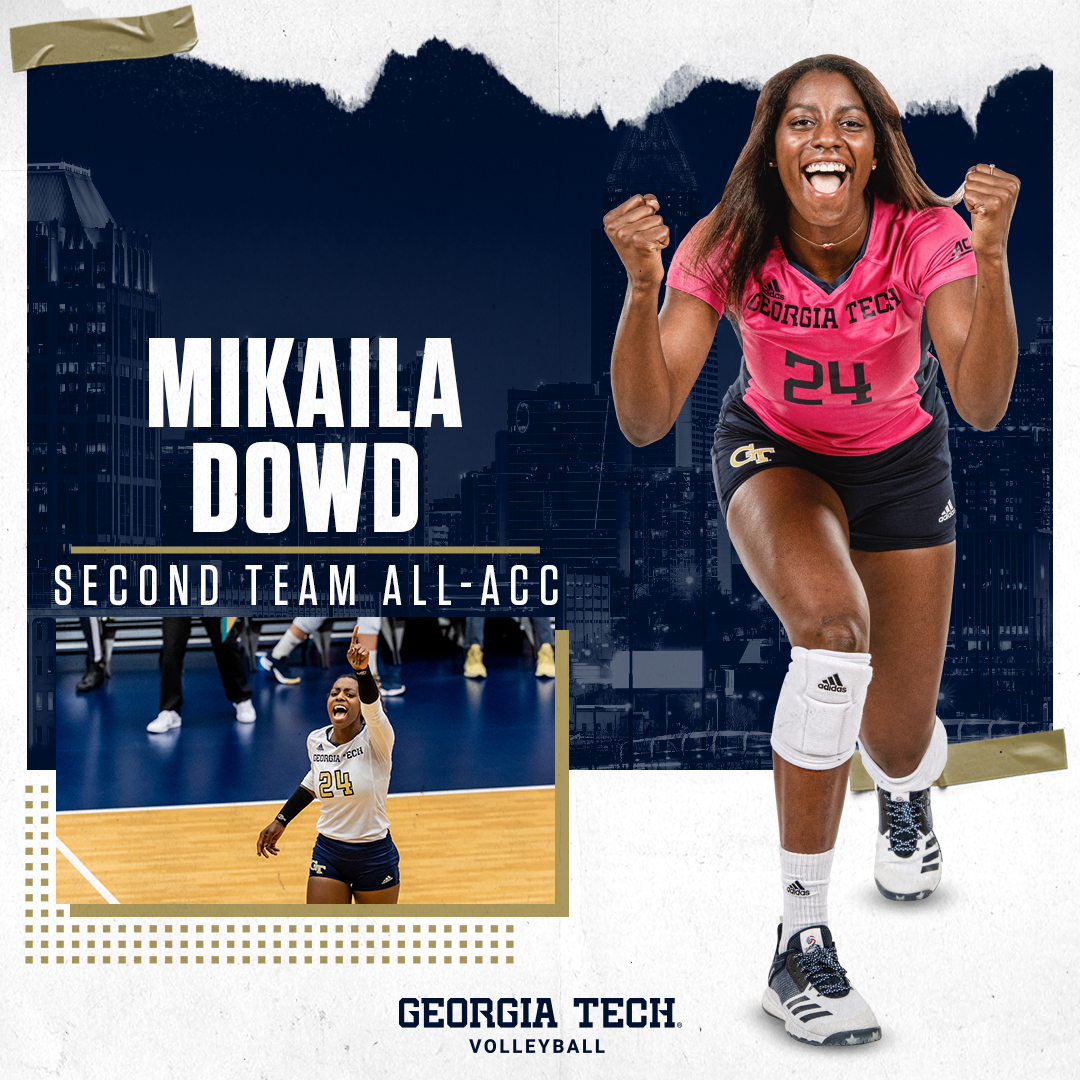 Sophomore Mikaila Dowd earned her second-straight second team all-ACC selection. Dowd is a six-rotation outside hitter out of Naperville, Ill. A preseason all-ACC selection, Dowd was named to the Hyatt Regency Invitational all-tournament team. She hit at a career-high clip of .619 in Tech’s win against Syracuse to kick off conference play.

The Jackets kick off postseason play on Friday, Dec. 6 when they host Alabama A&M in the first round on the NIVC for 7 p.m. first serve.