THE FLATS – Former Georgia Tech football stars and current GT athletics staff members Marco Coleman and Lucius Sanford are among 76 former NCAA Division I FBS student-athletes included on the ballot for induction to the College Football Hall of Fame in 2019, the National Football Foundation (NFF) announced on Monday.

Coleman and Sanford were selected from a pool of hundreds of nominees to be included on the 2020 ballot. The ballot has been emailed to the more than 12,000 NFF members and current Hall of Famers, whose votes will be tabulated and submitted to the NFF’s Honors Courts, which will deliberate and select the class. The FBS Honors Court, chaired by NFF Board Member and College Football Hall of Famer Archie Griffin from Ohio State, includes an elite and geographically diverse pool of athletics administrators, Hall of Famers and members of the media.

“It’s an enormous honor to just be on the College Football Hall of Fame ballot when you think that more than 5.33 million people have played college football and only 1,010 players have been inducted,” said NFF President & CEO Steve Hatchell. “The Hall’s requirement of being a first-team all-American creates a much smaller pool of about 1,500 individuals who are even eligible. Being in today’s elite group means an individual is truly among the greatest to have ever played the game, and we look forward to announcing the 2020 College Football Hall of Fame Class in January.”

Coleman, who is in his first year as Georgia Tech’s defensive ends/outside linebackers coach, was a three-year starter and two-time first-team all-ACC and all-America selection as an outside linebacker at Georgia Tech from 1989-91. He was a key member of the Yellow Jackets’ 1990 national championship squad and finished his three-year collegiate career as Tech’s all-time leader in sacks (27.5) and tackles for loss (50) – he now ranks fourth in school history in both categories.

He was selected by the Miami Dolphins with the 12th overall pick in the 1992 National Football League Draft and went on to record 65.5 sacks and 520 tackles over the course of a 14-year NFL career (1992-2005) that included stints with the Dolphins, San Diego Chargers, Washington Redskins, Jacksonville Jaguars, Philadelphia Eagles and Denver Broncos. 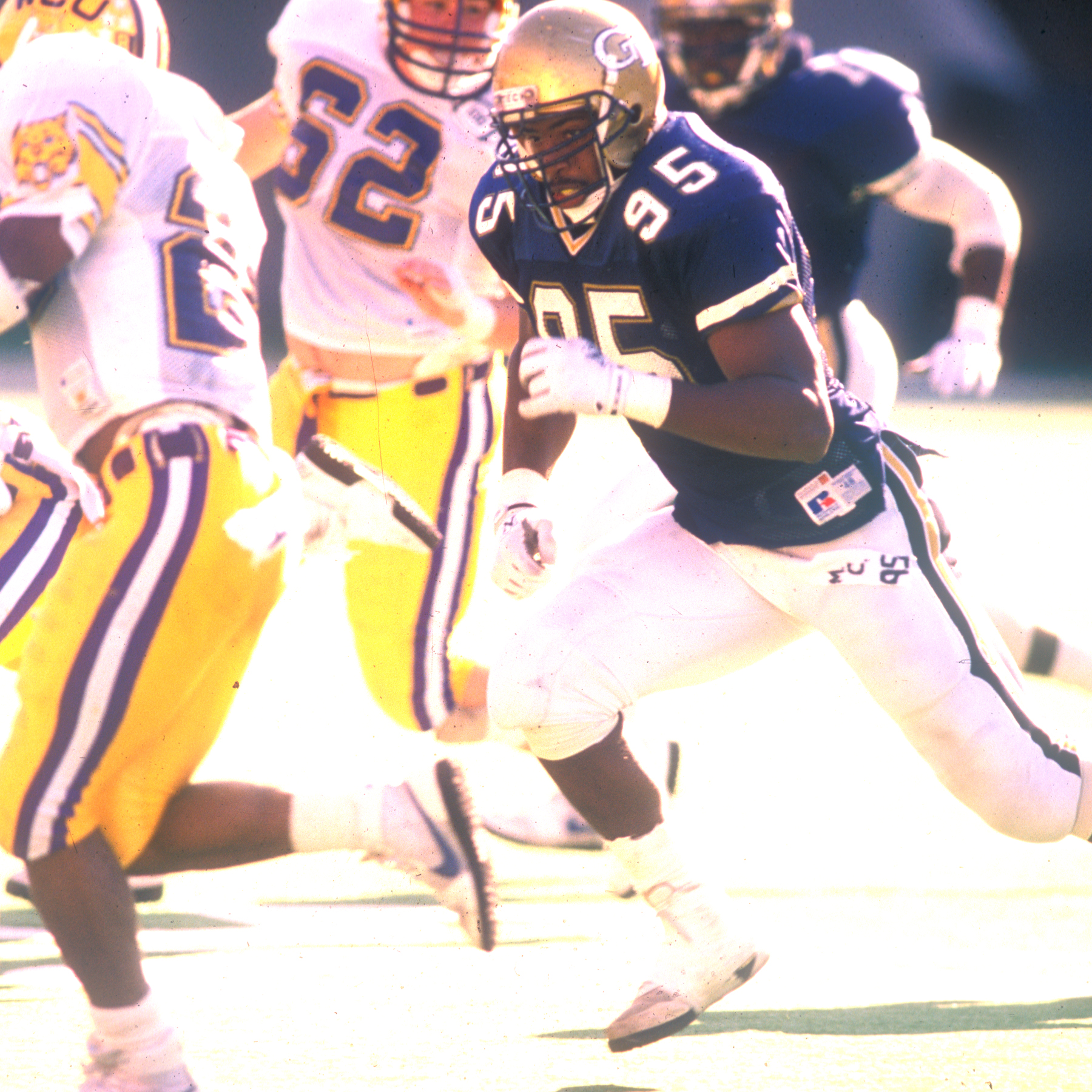 Sanford also played linebacker for the Yellow Jackets from 1974-77. He was a three-time all-South Independent selection and earned first-team all-America honors as a senior in 1977. A four-year starter and two-year team captain, he led Georgia Tech in tackles in each of his final three seasons and finished his career as the program’s all-time leading tackler with 433. His 433 career tackles stood as Tech’s record for 14 years and still ranks fourth in the school’s all-time annals.

He was selected by the Buffalo Bills with the 89th overall pick in the 1978 NFL Draft and went on to enjoy a 10-year career with the Bills (1978-86) and Cleveland Browns (1987). He played before tackles became an official NFL statistic but recorded more than 100 tackles in each of his first four NFL seasons. He started the second game of his rookie season at outside linebacker and remained a starter for nine of his 10 NFL seasons.

Sanford, who graduated from Georgia Tech in 1978 with a bachelor’s degree in industrial management and pursued an MBA while playing in the NFL, spent nine years in the financial services industry after the conclusion of his football career, working for Merrill Lynch, Chase Manhattan and Equitable. He joined the Georgia Tech Athletic Association staff since 1998 and currently serves as the executive director of Tech’s Letterwinners Association. 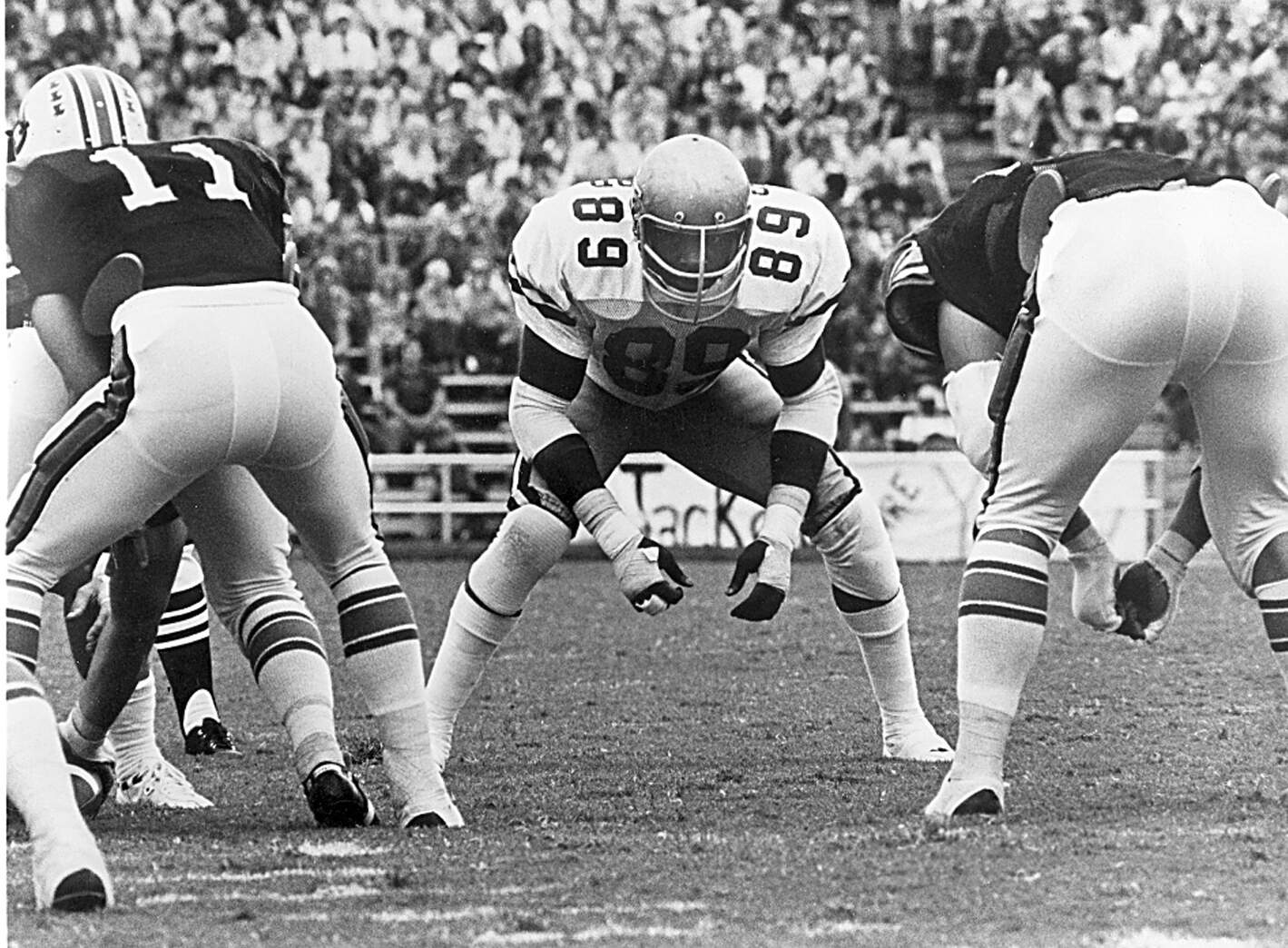 The College Football Hall of Fame Class of 2020 will be announced prior to January’s 2020 College Football Playoff national championship game in New Orleans and will be inducted on Dec. 8, 2020 as part of the 63rd NFF Honors Dinner in New York.

Thanks to the excitement surrounding new head coach Geoff Collins and the great value of 2019 season tickets (reserved seats for seven home games – including the regular-season finale vs. archrival Georgia – beginning at just $219 and Stinger Mobile Passes starting at just $149), Georgia Tech has already sold more season tickets than it did for all of 2018. For more information and to purchase season tickets online, visit ramblinwreck.com/footballtickets.