Catching Up With ... Jeremis Smith

NBA Draft night is realization of the dream of playing professional basketball for some.

For others, it’s a night dreams are put on hold or changed, challenging young men to change course.

Jeremis Smith knows the latter, but the NBA door closing opened doors outside the U.S. and proved the ultimate blessing in disguise.

From 2005 through 2008, Smith was a force on both boards, leading the Jackets in rebounding his final three seasons, and proving capable of amazing feats — he’s one of 17 Yellow Jackets ever to have a perfect game from the free throw line (minimum 10 attempts), going 10-for-10 from against Tennessee State on Dec. 10, 2005, and as a junior, powered home an amazing, one-handed slam dunk against NC State on Feb. 6, 2007, which made SportsCenter’s top play.

That was fine with the 6-8 power forward from Fort Worth, Texas. He loved the company he kept.

“I had some special teammates and a special group of coaches,” said Smith, who averaged 9.0 points and 6.7 rebounds, shot .573 from the floor and .708 from the line in 106 games, the last 87 of them starts. “Those guys really helped me. They really pushed me to be the player that I was back in college and even the player I am today.”

Smith is still playing professionally on the international level. A key to his coming to Tech in the first place was a preceding Yellow Jacket forward and Texas native, Chris Bosh.

“Chris and I had played against each other several times while in the Dallas/Fort Worth area so we were very familiar with one another. The recruiting process was due to that connection,” he said. “Also, my best friend, Calvin Booker, who started out as the back-up for (quarterback) Jason Campbell at Auburn, ended up transferring to Georgia Tech. So Chris Bosh, Calvin Booker had a lot to do with my recruiting process. 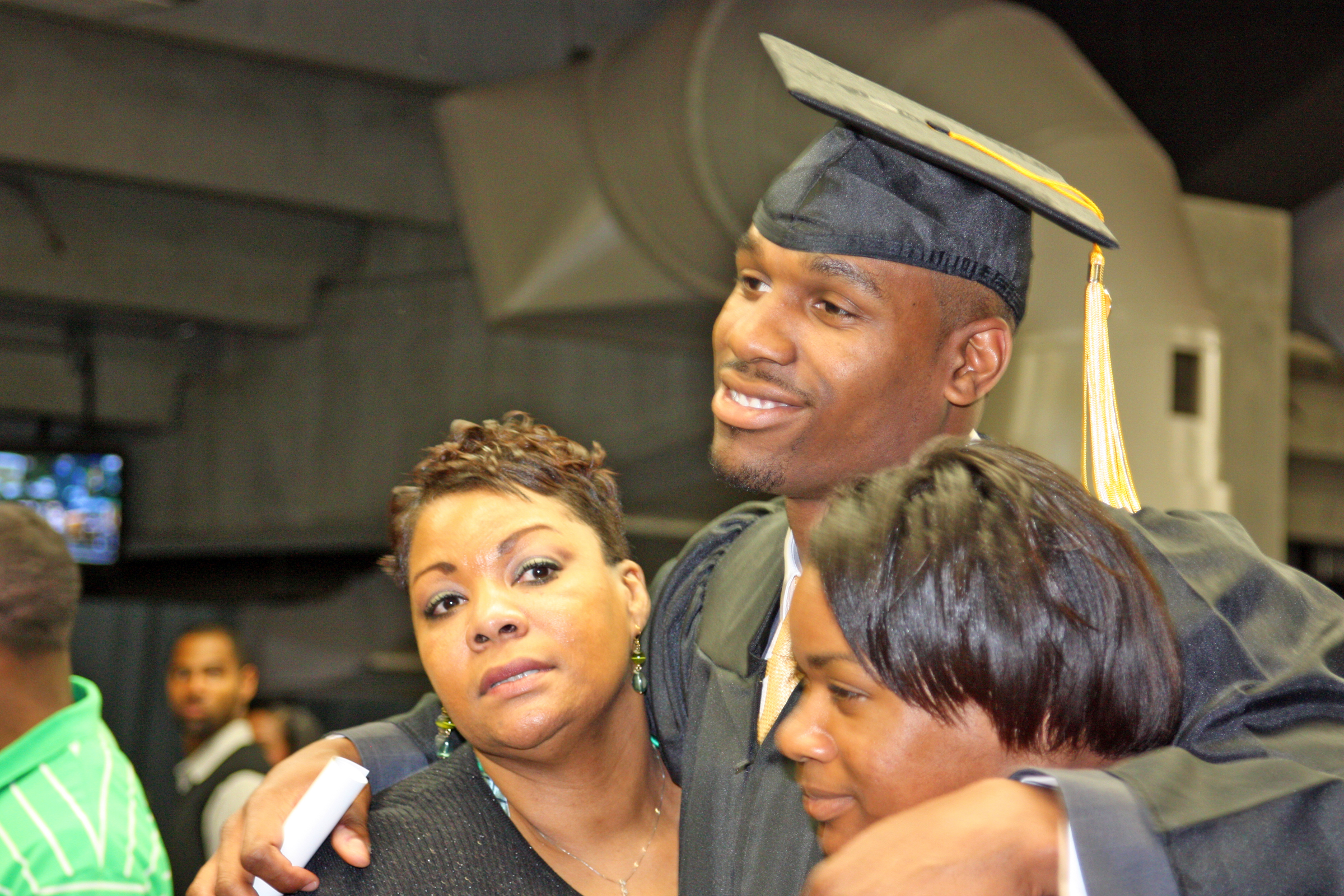 He joined a Georgia Tech program that reached the NCAA championship game the year before, but his freshman season would be shortened by a knee injury. Still, he was determined to come back and play the season’s final 14 games. As a sophomore he played 28 games, starting 23, leading the team in rebounding (8.2 rpg) while putting in 11.0 points per game (third on the team).

He started every game his final two-plus years, leading the team in rebounding both years and in steals (1.4 pg) as a senior. Hewitt named him captain the final two years, giving him a tremendous confidence boost.

“I think that showed how much respect Coach had for me, and I respected him for having that respect in me,” he said. “Coach Hewitt was a great example to strengthen my leadership skills. For him to bless me with that captainship of the team, because before me I think it was Mario West, then B.J. Elder and Isma’il Muhammad before him, was truly amazing. So I inherited a pretty elite role from an elite group of guys.”

“I think one of my favorite stats is being one of the all-time leaders in steals,” he said. “That’s a tough stat to carry as a power forward. I’m extremely proud of that. I think getting to the line, shooting as many free throws as I did in my career, I’m very proud of that as well. That shows you how hard and how smart I worked.”

That his rebounds, field goal percentage and free throw attempts — including 21, Dec. 7, 2005 at Georgia, tied with Tom Hammonds for second place, one off Kenny Anderson’s school record — and steals are still top 20 illustrate the impact he made — an impact that he knows would have been greater if not for missing 17 games as a freshman due to a knee injury.

But he recognized an opportunity to play with superb point guard talents Jack and Bynum chose rehab over redshirt.

“Those were two so dynamic guards,” he said. “To play with those two guys, who I knew were pros coming into Georgia Tech, I couldn’t pass up that opportunity. Starting with Jarrett Jack and Will Bynum and ending up with Gani (Lawal), Alade Aminu, Lewis Clinch, Anthony Morrow, one of my favorite teammates of all time, these guys were guys that never stopped working on their craft. I knew they would be successful pros.” 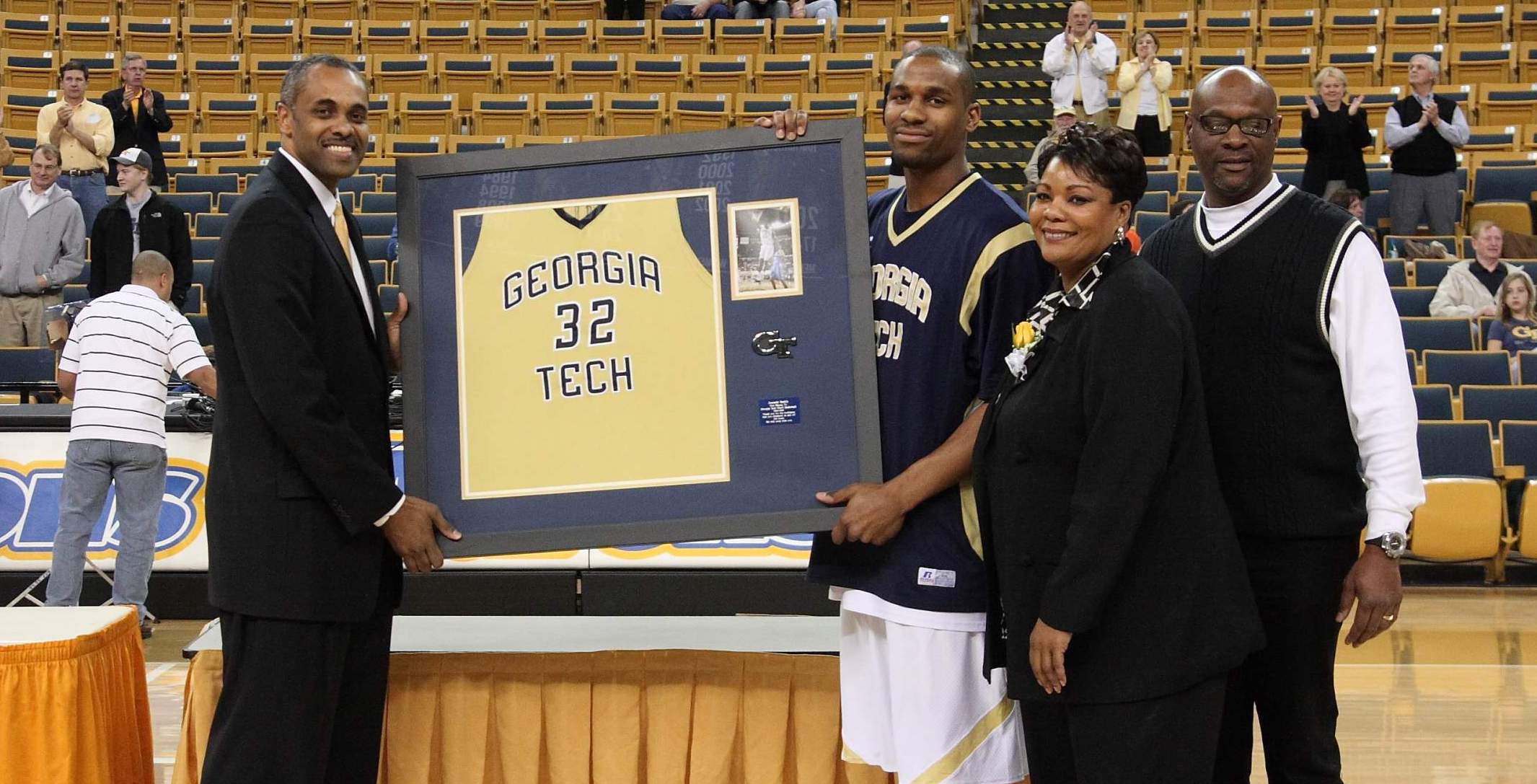 Smith expected to also be one following his stellar senior season and a solid workout with the Seattle SuperSonics, who offered a wink and a promise of drafting him. But the Sonics went a different way on draft night, leaving Smith out in the cold.

He understood the business of the draft, but was still devastated.

He didn’t give up — instead, he hit the gym even harder, then grabbed an opportunity in the spring of 2009, when high school friend and teammate Demetric Shaw contacted him on Facebook about an opening on a team in Mexico.

Smith has played in Mexico, Israel, Puerto Rico, Venezuela and Uruguay, earning such distinctions as 2010 Latinbasket.com All-Mexican CIBACOPA first team and Defensive Player of the Year for Lobos UAD Mazatlan, Latinbasket.com All-Mexican LNBP first team, Forward of the Year and All-Import Team in 2011 for Fuerza Regia Monterrey, 2013 All-Uruguay LUB Import Player of the Year, first-team and All-Imports Team in for Santeros de Aguada. The 2011-12 Fuerza team in Mexico still holds a special place.

“I was playing with a guy named Donta Smith, he was drafted by the (Atlanta) Hawks the same year as Josh Smith. He was our three,” he recalled. “We had quite the roster. We all still talk to this day. We refer to ourselves as ‘The Blowout Boys,’ because of how badly we would beat other teams.”

“That’s so special to me, because the one guy that’s above me was a teammate of mine that I actually won a championship with overseas, and I won a championship against overseas (Leandro Garcia-Morales),” he said. “The guy that’s under me, is Andre Emmett. He played at Texas Tech, played in the NBA for a while, is playing in the Big3 right now. He and I are really good friends. I’m proud to be sandwiched between those two guys.”

Smith is especially fond of the fans of Aguada in Montevideo, Uruguay, and appreciates the love they still show for him.

“I won a championship with them back in 2013 and ever since, I’ve been shown an unmatched love, respect and appreciation for coming in and winning, because I came in and won that championship off of a broken foot,” he said. “They believed in me enough to bring me in and trusted I would rehab and get myself back in shape and help them navigate through the playoffs. We ended up winning the championship that year and ever since, I still receive messages to this day from those fans just saying, ‘We miss you,’ ‘We love you,’ ‘Hope you’re doing okay.’”

The fans in Montevideo will probably get the last look at Smith, the pro, who, after contemplation, is planning on making this coming season his last.

“I honestly think I can play until I’m 40, however the kids are getting younger and better. I think I would rather leave the game in their hands,” he said, with a laugh. “Maybe play one more year, down in Uruguay, then come on home and get to work. The season will start the end of August, beginning of September, then I’ll have my ‘Dwyane Wade Farewell’ season.”

It’s been quite a ride.

“Even if I would have gone to the NBA, I wouldn’t have seen myself playing 11 years,” he said. “After breaking my leg in high school and dislocating my knee in college, I just didn’t think that my body would hold up. But I’ve been very blessed with a healing body and an amazing supporting cast, starting with my trainers in high school that helped me rehab and moving forward to Scott McDonald and Tim Hansen and Richard Stewart in college and some amazing trainers professionally. That supporting cast has done me great justice.”

Tops on his post-basketball list is helping run Ten ATL, the club he’s owned for almost five years, and he’s also involved in commercial real estate ventures in his hometown area of Dallas/Fort Worth, Chicago and Atlanta.

He credits his business partner for finding the property and Georgia Tech for helping build his business acumen and instincts.

“I can attribute a lot to business school at Georgia Tech,” he said. “It really prepared me to just hone in on my business mind, on my business side of things, preparing me for thinking in business terms.”

Smith also plans on coming back around campus. He loves working out at Zelnak and has plenty of stories to share with old friends and advice for the new generation.