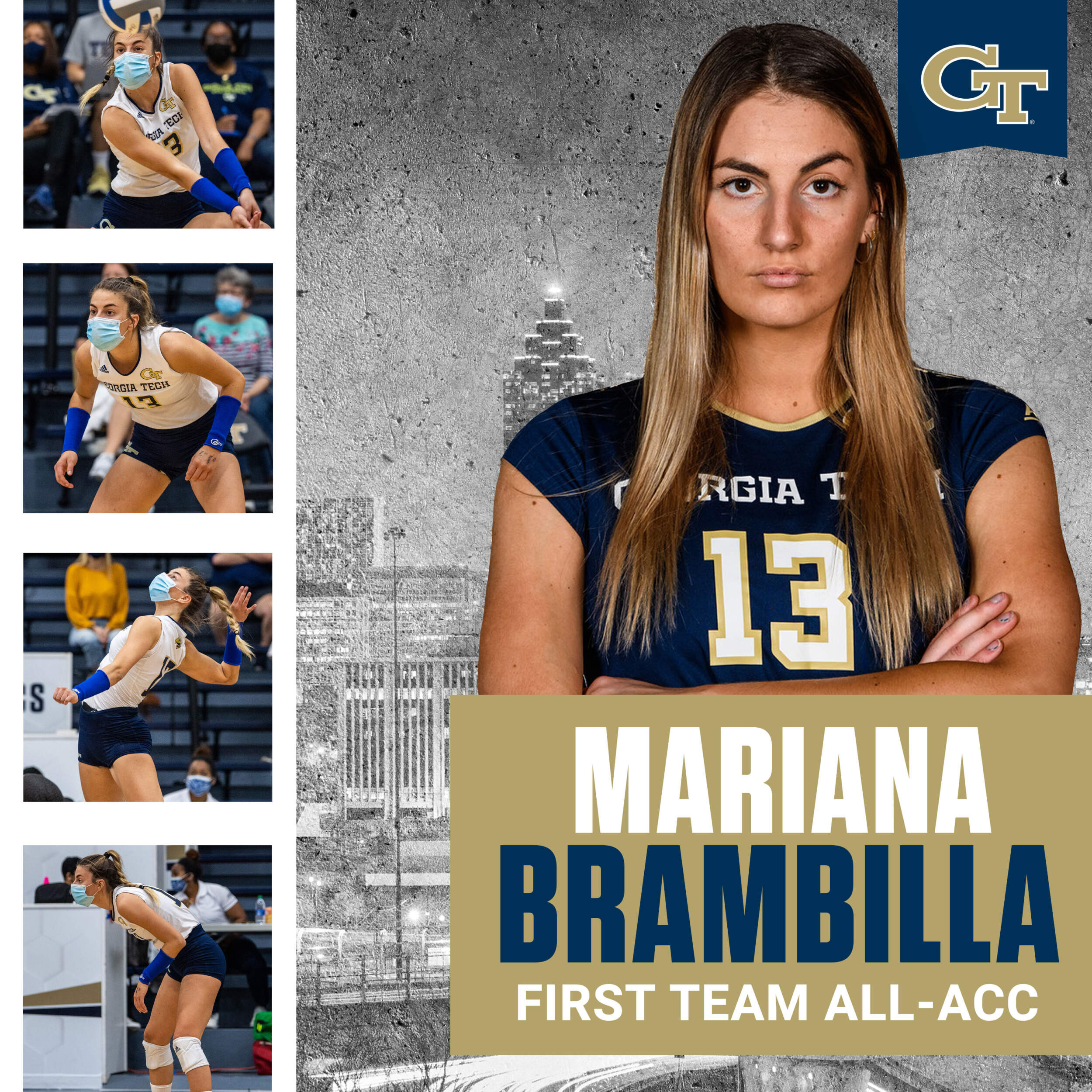 Brambilla’s First Team All-ACC unanimous recognition marks her third all-conference award in her three years on The Flats. The junior outside hitter was also named First Team All-ACC for her sophomore season efforts as well as the ACC All-Freshman Team following her first year of college ball. As a junior, Brambilla has spearheaded the Georgia Tech attack with a team-high 243 kills and pitched in on the defensive side with 161 digs, the third most on the squad. The Porto Alegre, Brazil native surpassed the 1,000 career kill mark this season against Boston College (3/12) as she has now tallied 1,073 career kills. In the ACC ranks, Brambilla is currently second in kills per set (4.26) and points per set (4.81). 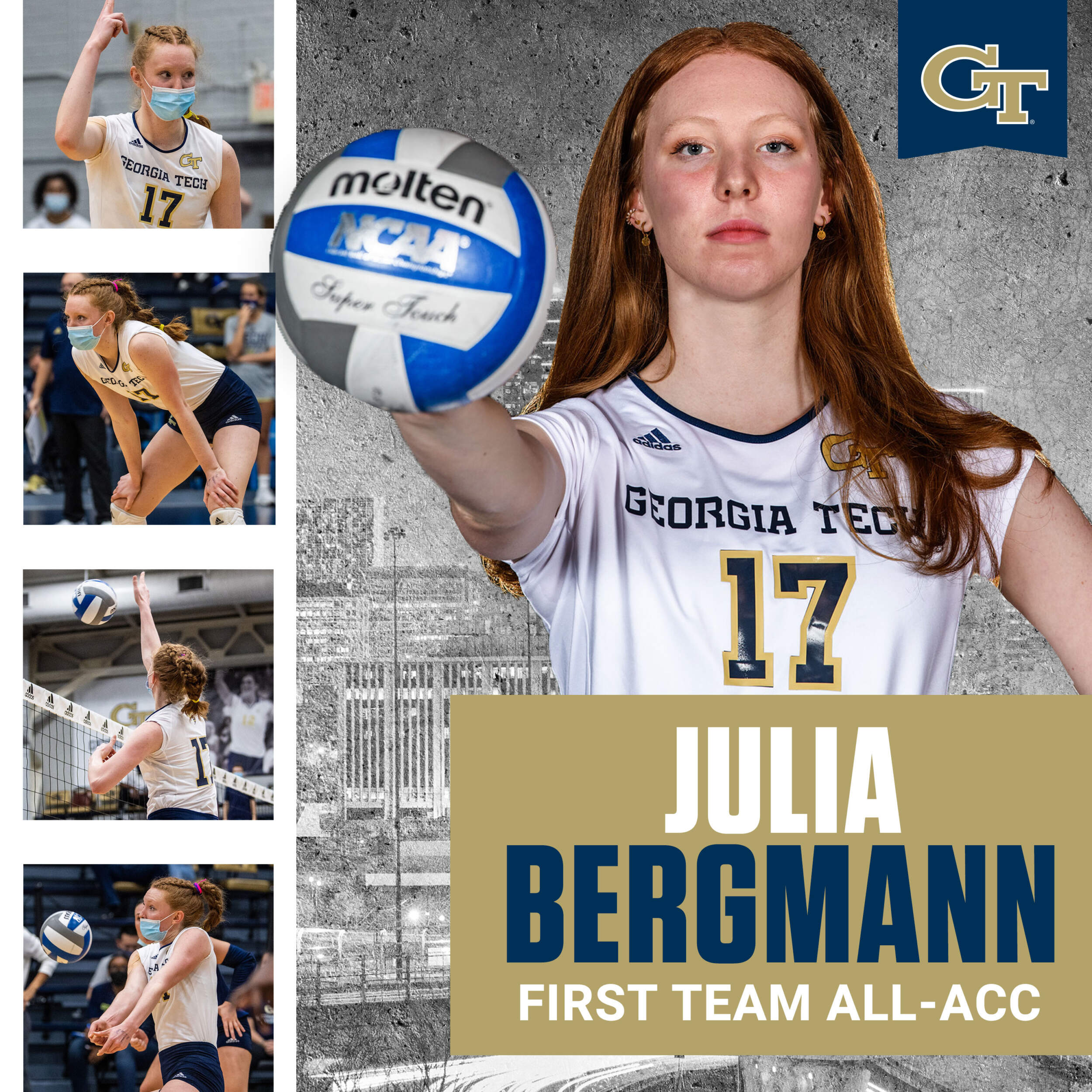 For the second time in as many years, Bergmann has achieved all-conference honors. Like Brambilla, the Munich, Germany native was unanimously recognized as First Team All-ACC. The honor follows a stellar freshman season where Bergmann led the Jackets being named ACC Freshman of the Year, First Team All-ACC and to the ACC All-Freshman team. Bergmann is currently second on the team with 227 kills as well as 162 digs and leads the team with 30 aces on the year. Amongst the nation, the outside hitter is currently 18th and leads the ACC with 0.53 aces per set. 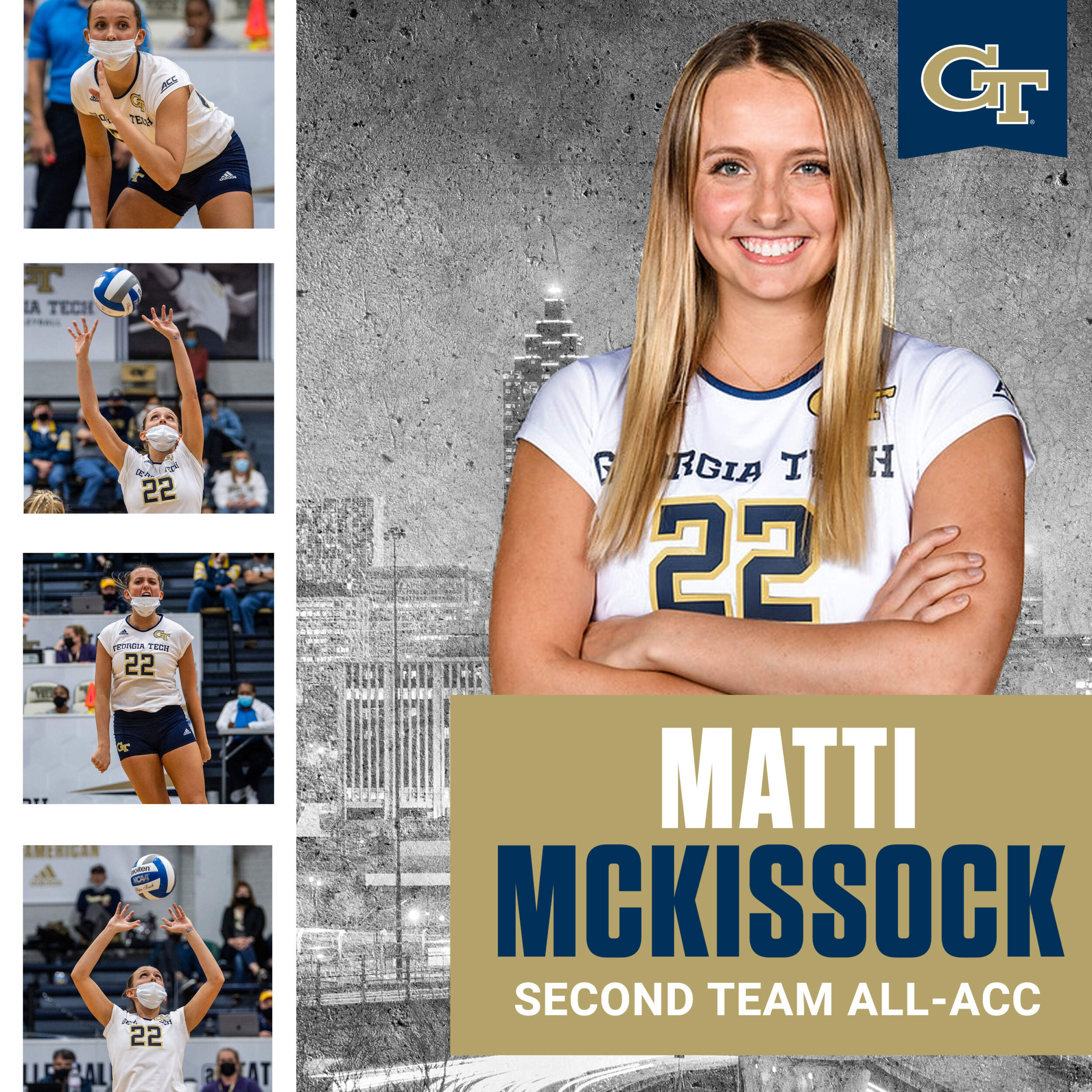 McKissock managed to earn a Second Team All-ACC selection despite missing part of the year due to injury. The Jacket setter has earned All-ACC honors for two consecutive years after being named ACC Setter of the Year and First Team All-ACC following a fully healthy year a season ago. McKissock continued to orchestrate the Jacket offense this season, coming away with a team-high 390 assists to date. That mark further bolstered her legacy following Tech’s 3-1 win over Duke in the regular season finale as she’s moved into ninth in program history in career assists with 2,706 total.

Following Sunday’s selection to the 2020-21 NCAA Women’s Volleyball Championship, Georgia Tech (13-4, 13-4 ACC) will face Lipscomb (17-2, 11-1 ASUN) on April 14 at 7 p.m. for the first round of the tournament in Omaha, Neb. The match will be broadcast on ESPN3. The berth in the Big Dance marks the 10th time in program history, the first for the Yellow Jackets since 2009 and the first appearance under coach Michelle Collier.