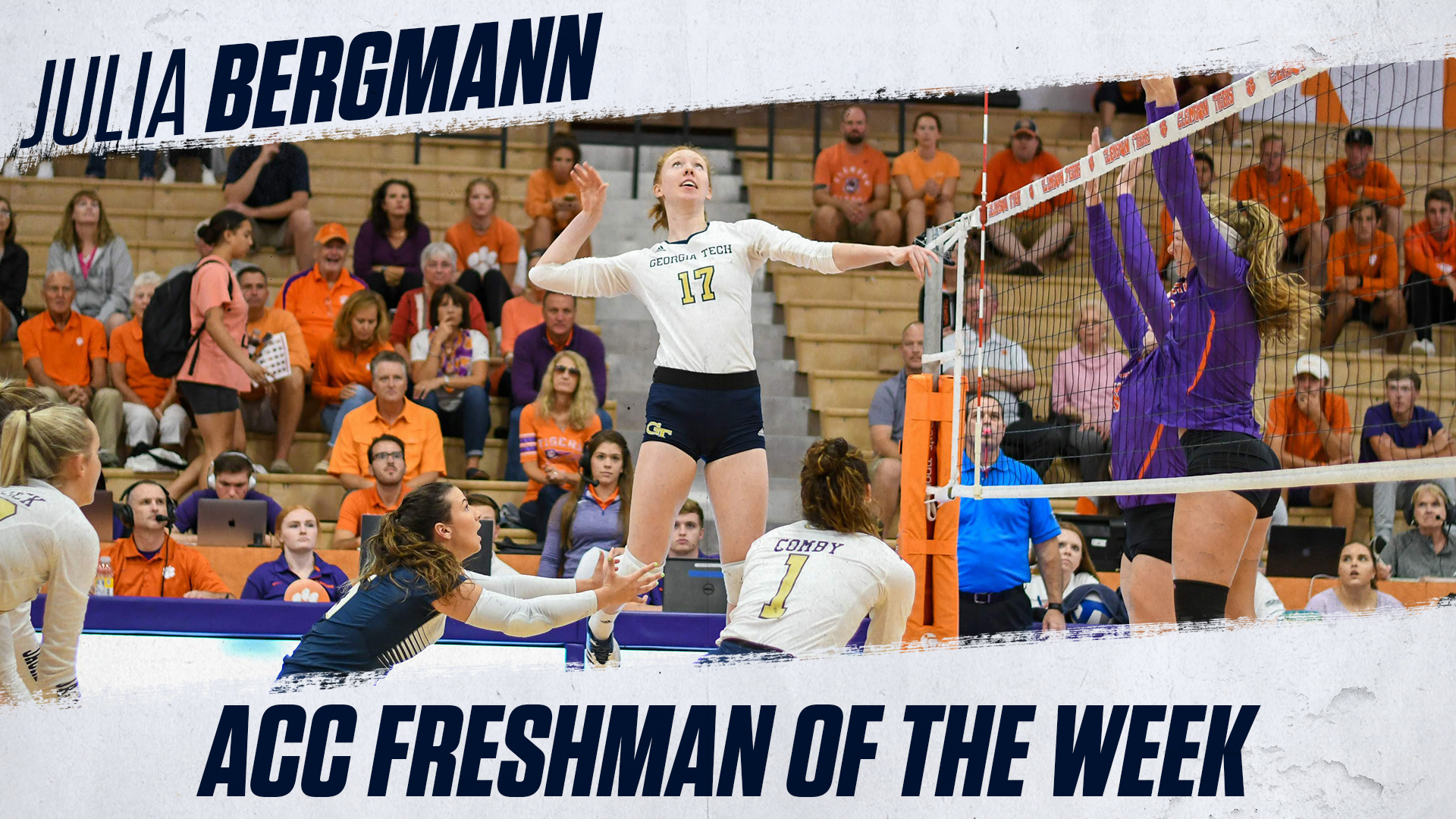 Bergmann led the Jackets in scoring, amassing 30.5 points over the two matches and leading the Jackets to back-to-back ACC road sweeps for the first time since 2016. The native of Munich, Germany had a strong weekend from the service line, totaling eight services aces, four in both matches. Bergmann recorded her seventh double-double in Sunday’s win over Virginia Tech with 11 kills and 14 digs.

Bergmann and the Jackets make their return to O’Keefe this weekend, kicking off a four-match homestand on Friday, Oct. 18 against Wake Forest at 7 p.m. on ACCNX. Friday’s match is alumni night and Tech’s Pink Night. On Friday, the first 100 fans get a free pink t-shirt and first 500 fans get a pink rally towel.