THE FLATS – Sophomore outside hitter Julia Bergmann was named ACC Co-Player of the Week after two stellar performances in back-to-back sweeps of Florida State last week, the conference announced on Tuesday.

The Munich, Germany native started Thursday’s match against the Seminoles a perfect 7-for-7 before going on to hit a career-high .684 with 13 kills, seven digs, two service aces and a block assist in Tech’s 3-0 victory. A night earlier, she notched a double-double (17k, 11d) to help the Yellow Jackets put together a 3-0 win in their home opener.

Bergmann has helped lead Georgia Tech to a 3-1 record and No. 13 ranking in last week’s AVCA Coaches Poll. The Yellow Jackets also rank first in the ACC and third in the country with a .316 hitting percentage, with Bergmann currently ranked seventh in the conference at 4.00 kills/set while leading the team with six service aces.

Georgia Tech returns to action on Wednesday at 6 p.m. and Thursday at 4 p.m. in Winston-Salem, N.C. for two matches against Wake Forest. Both matches will be broadcast on ACC Network. 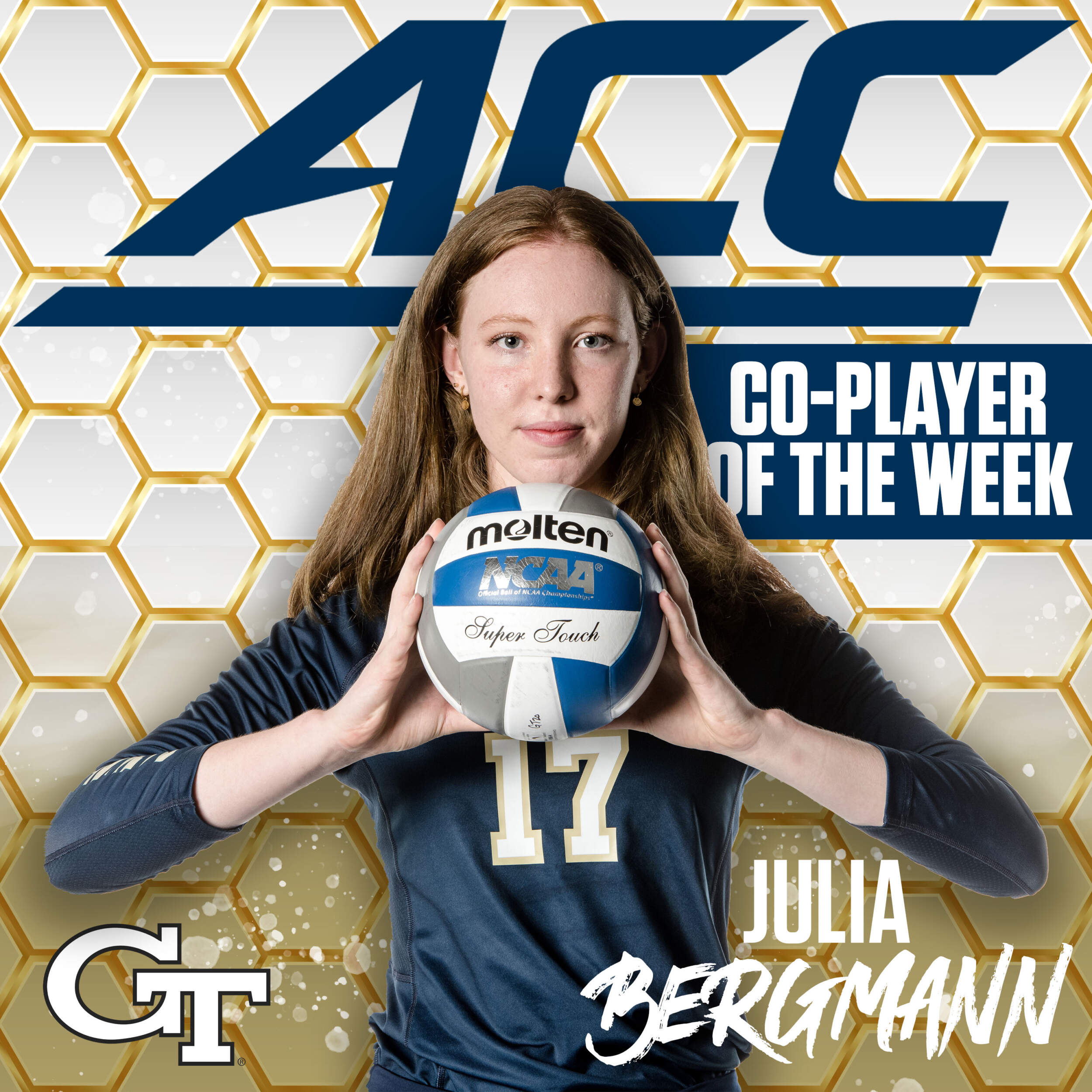