Behind the Banner: Rich Yunkus

The big man on campus in 1970 rose to unmatched heights when Rich Yunkus scorched both Furman and North Carolina for 47 points to set Georgia Tech’s single- game record and make history.

Nicknamed the Benton Bomber after his hometown in Illinois, the 6-9 ½ Yunkus’ first scoring spree nearly beat Furman single-handedly while the second capped a glorious weekend in which Tech upset fifth-ranked NC State and then seventh-ranked North Carolina.

“He is the best big man I’ve ever had at Georgia Tech without a doubt,” said his coach Whack Hyder. “He is in a class all by himself.”

Yunkus’ 47-point efforts comprise just a fraction of the 2,232 points he scored as Tech, which still stands as the school record. He earned all-America honors twice and finished sixth in the nation in scoring as a junior at 30.1 points per game.

A newspaper headline captured one of those games simply, “Yunkus’ 47, Tech’s 41 Nix Hapless Furman’s 61.” With 10 minutes to play, Yunkus was actually leading the Paladins by himself 41-35 when Hyder sat him on the bench. He returned for another three minutes but couldn’t quite defend his lead.

Furman’s head coach Frank Selvy, who had once scored 100 points in a game, said, “He was just fantastic.”

Hyder said, “I’ve never seen a player shoot any better than he did tonight. Actually our plan wasn’t to look for Rich but to try and open things up from the outside. But he was moving so well that he was open consistently, and we were able to hit him.”

Yunkus erased two records with his 47 points, including the Alexander Memorial Coliseum mark of 40 by Pres Judy in 1967 against Florida State and his own school record of 41 that he had set against Tulane in 1969. Yunkus described it as just one of those nights.

“It seems that once a year I just go out there and feel like I did tonight,” he said. “Since junior high, I’ve had just one game a year where I can hit 40.”

In 1970, that feeling actually occurred five times. He also netted 41 points against Dave Cowens and Florida State as Seminole assistant coach Bill Clendinen said, “He has to be the best-shooting big man in college basketball. Only man I’ve seen who even comes near him is Kentucky’s Dan Issel.” 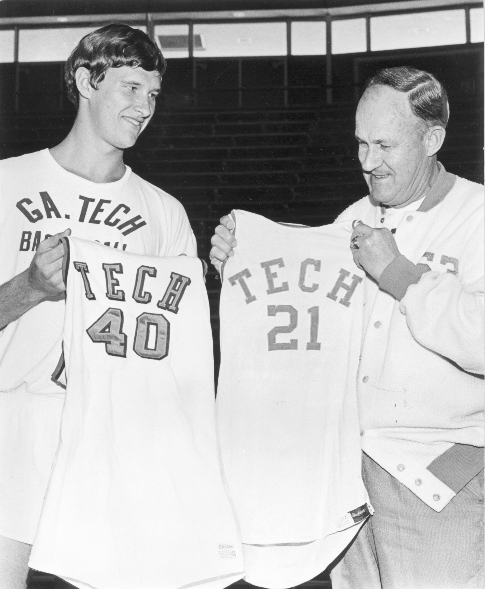 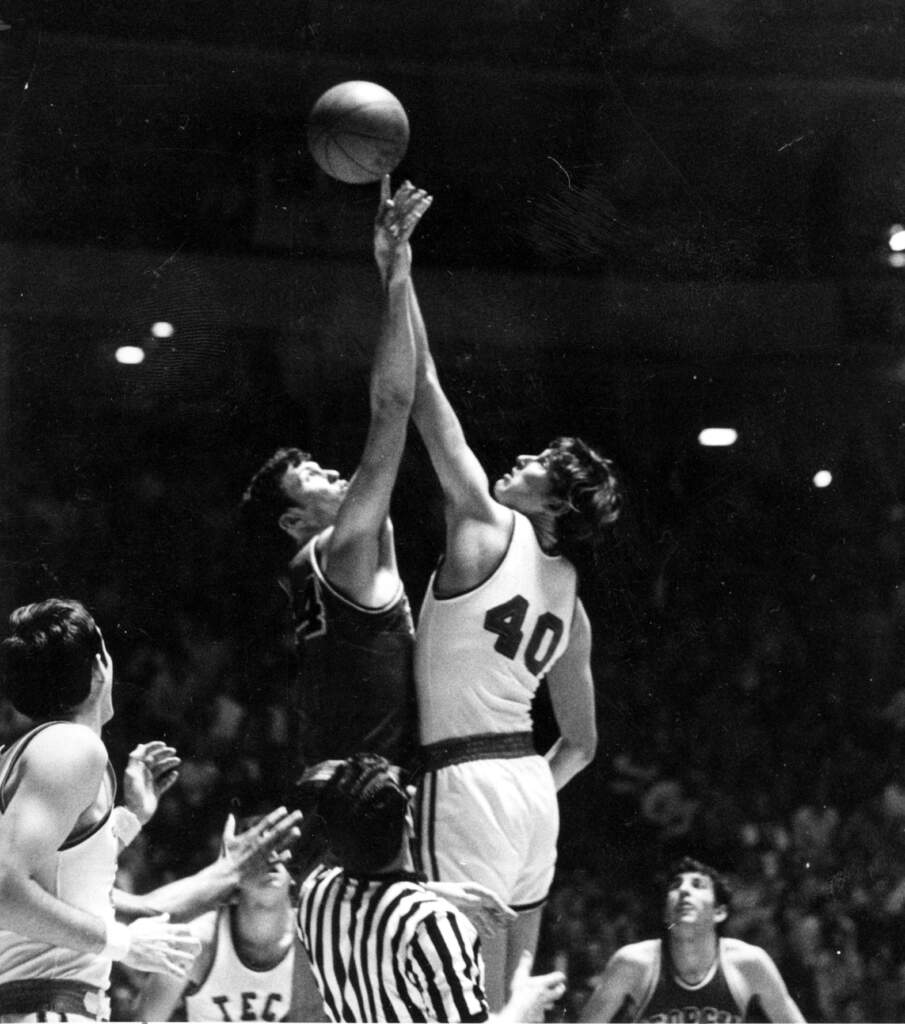 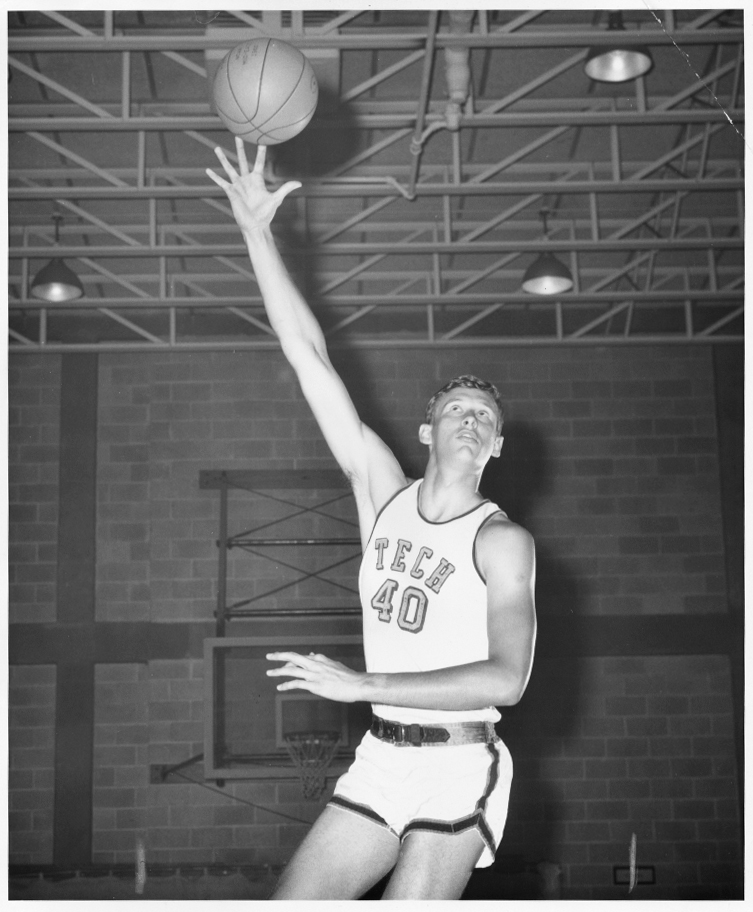 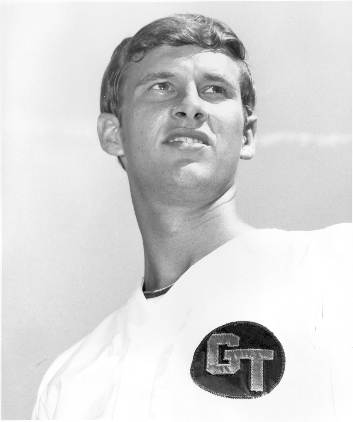 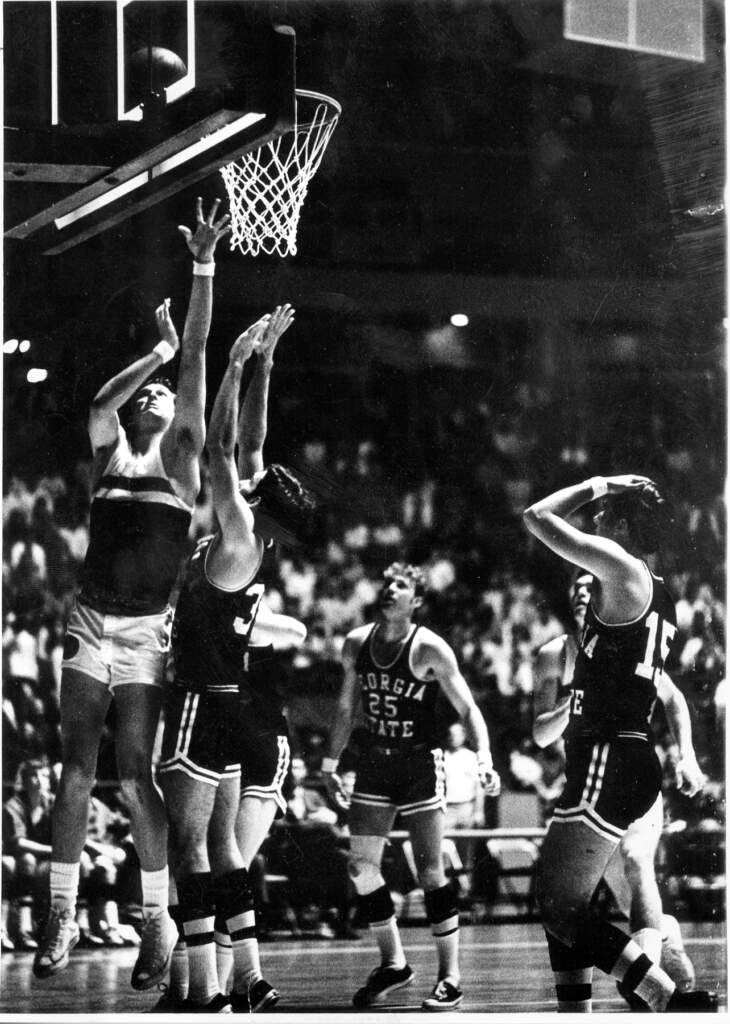 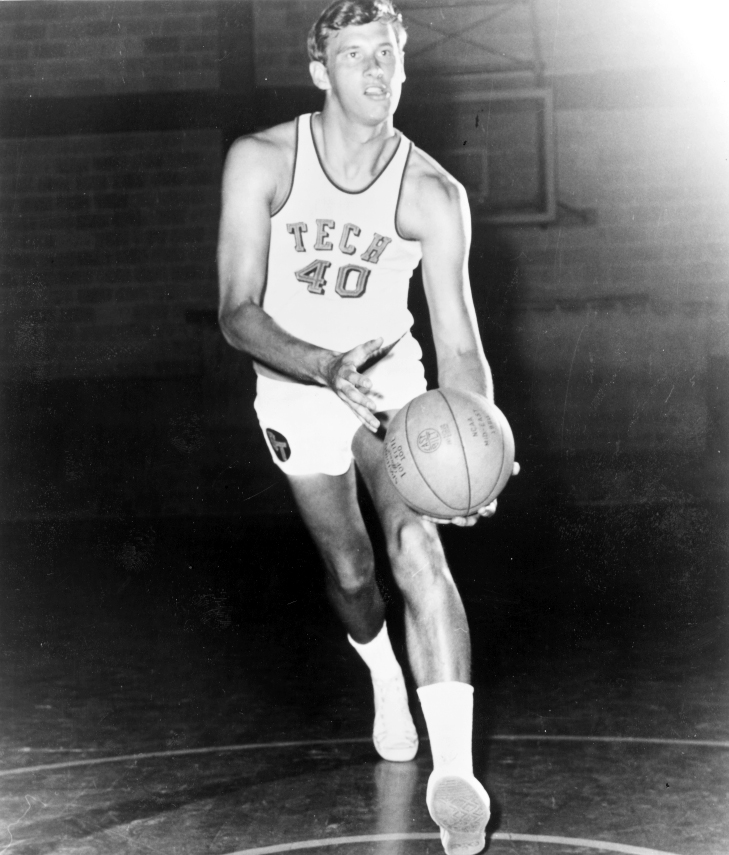 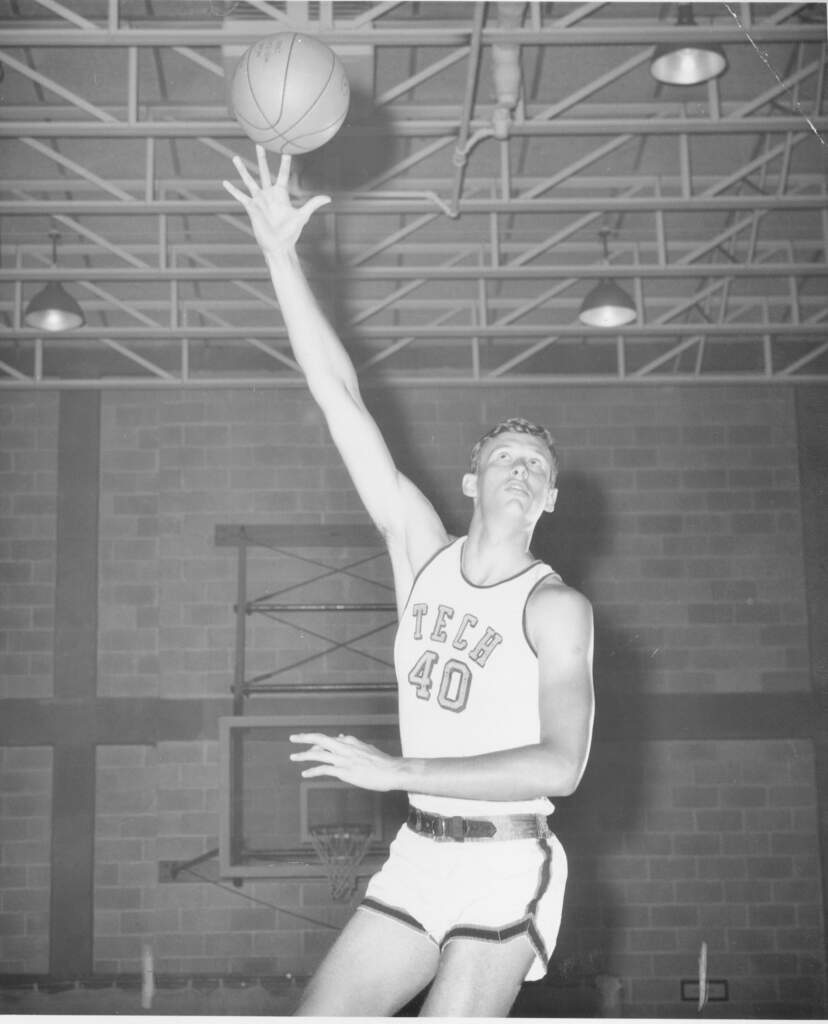 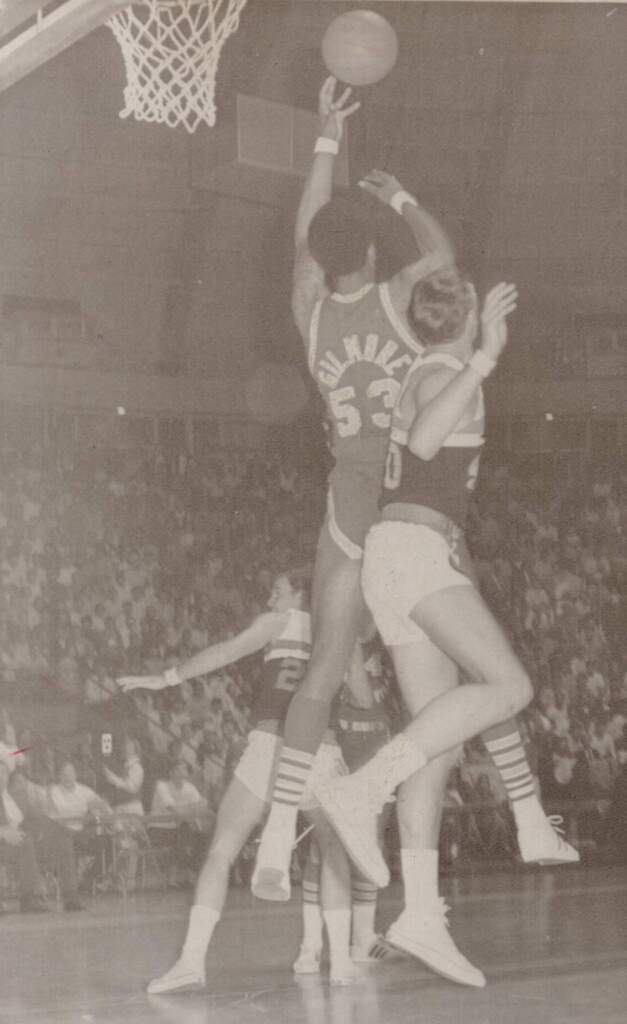 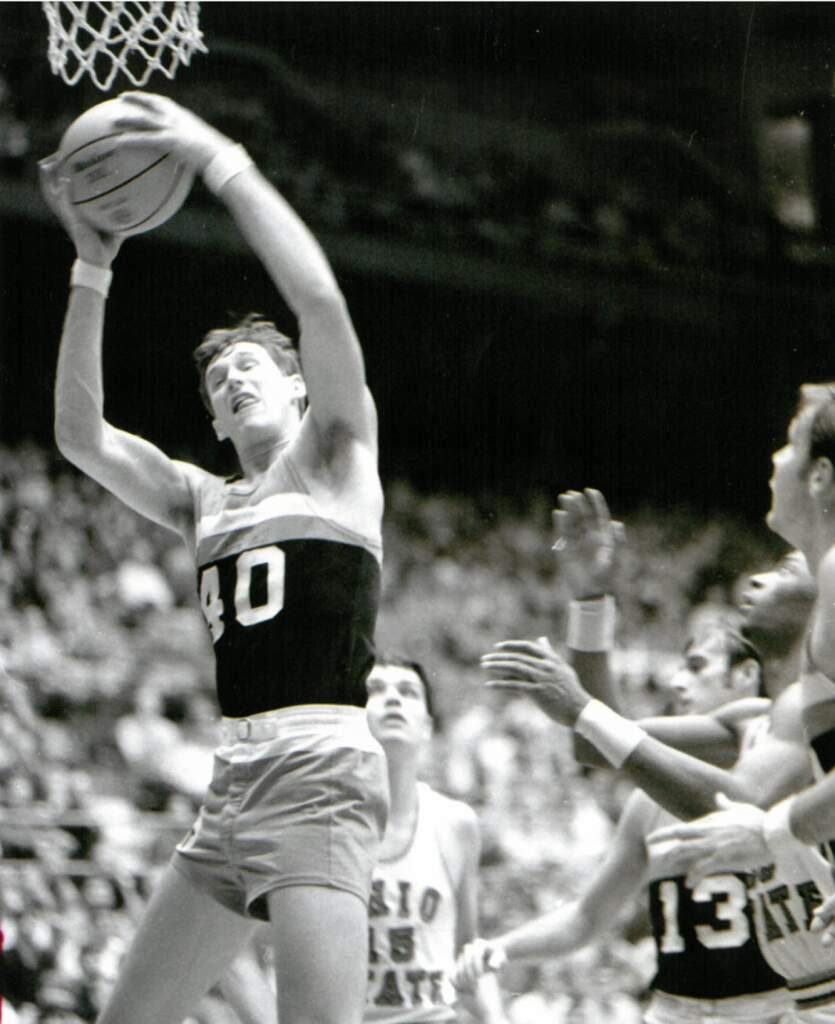 Yunkus’ single-game record of 47 points lasted over two decades before it was broken by Kenny Anderson. His career mark of 2,232 points still stands.

Yunkus also hit for 40 points against Georgia and Georgia State that year, but his most memorable performance came in the North-South Doubleheader in Charlotte, N.C. Tech had been a substitute team for South Carolina and faced a pair of Atlantic Coast Conference heavyweights.

Yunkus scored 27 points and grabbed 20 rebounds in the Jackets’ surprising win over fifth-ranked NC State in the opening game. The next night, Yunkus put on a show against the Tar Heels with his school record-tying 47 points.

He sparked Tech to a 53-45 halftime lead with 27 points en route to the 104-95 victory. The Rambling Wreck’s sweep is still considered one of the great moments in the school’s basketball history.

“I don’t think I’ve ever had a game like this against a team as good as North Carolina,” Yunkus said. “I was scoring more from inside tonight than I did against State, but that was because North Carolina played me differently. They were guarding me very closely, which made it better to drive, while State played further back and made me shoot outside.”

Yunkus’ specialty was a soft left-handed jump shot. “He has the best touch for a man his size I’ve ever seen,” Tech assistant coach Dwane Morrison said. “I don’t think he can take a bad shot.”

A three-time Academic All-America, he chose Tech because of its academic reputation. As one of the nation’s top prep seniors, he got a personal letter from Bill Bradley urging him to go to Princeton, a letter from Bob Cousy encouraging him to attend Boston College, and a phone call prior to an NBA playoff game from John Havlicek praising the merits of Ohio State.

Yunkus’ soft touch carried over to other areas. He built model cars as a child and then built a “T” bucket, a 1932 “T” roadster pickup from scratch when he was in college. He also built a scale model of his home from balsa wood and about 2,500 straight pins.

Just about the same number of points he scored at Georgia Tech.