“I’ve always believed that in order to be the best you have to play the best, and our 2020 schedule once again puts us up against some of the top programs in the country,” Hall said. “With series against 11 NCAA Tournament teams from last season and regional games against Georgia, Auburn, Mercer, Georgia Southern, Georgia State and Kennesaw State, we’re going to be tested early and often and that’s what we need. I hope to see Russ Chandler rocking this year as we look to bring another NCAA Regional to The Flats!”

The ACC Coastal Division Champion Yellow Jackets return five of eight position starters from last season to go along with the addition of 19 freshmen from the No. 4 recruiting class in the country. 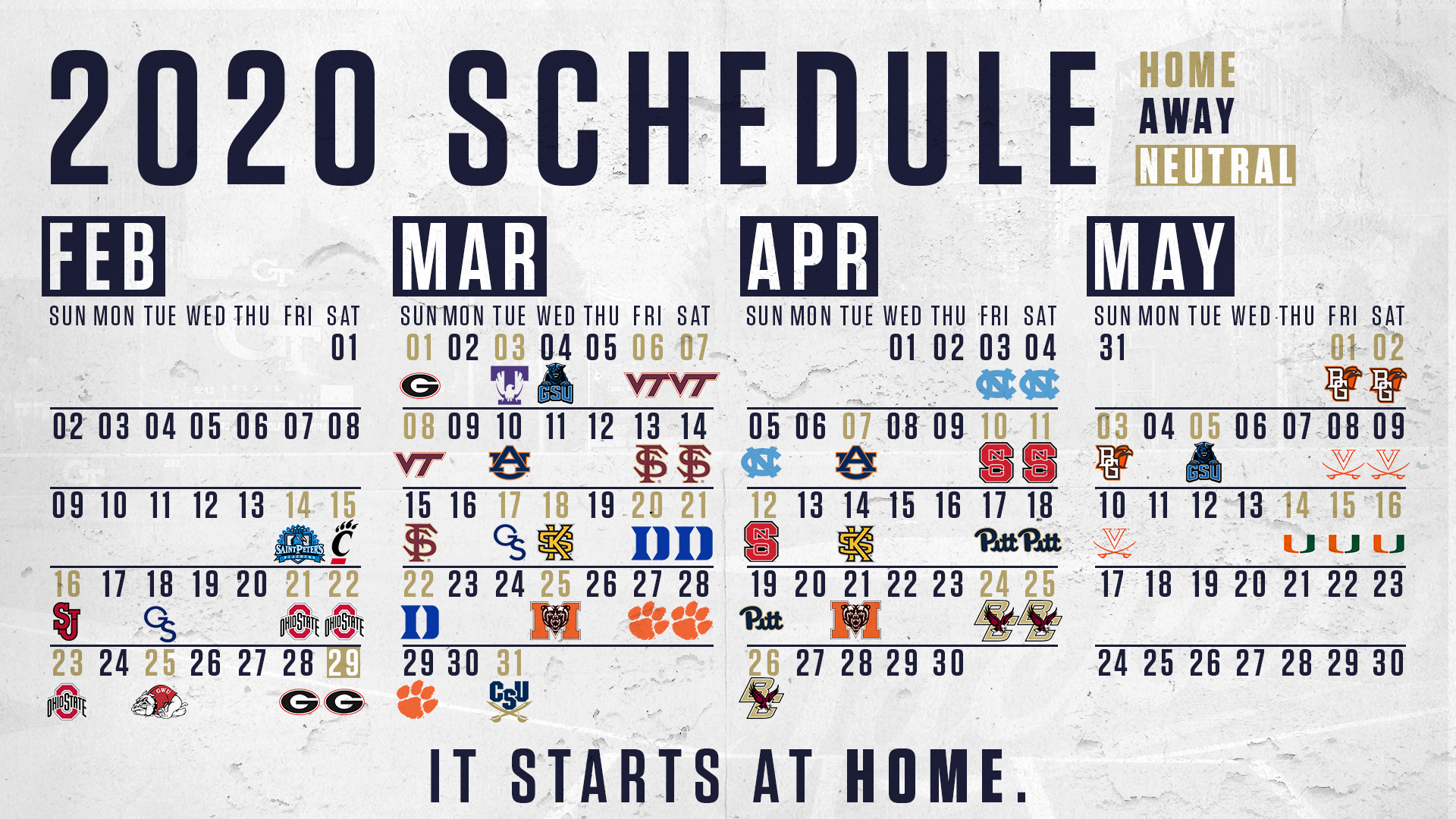 Season tickets for Georgia Tech’s 2020 regular season are on sale now. In addition to being guaranteed the best seats for all 33 home games at the 2019 Field of the Year at Russ Chandler Stadium this season (including showdowns with Georgia, Ohio State, Auburn and ACC foes Miami, Duke and NC State), season-ticket members will also receive postseason ticketing priority and special discounts for friends and family. For more information and to purchase season tickets online, visit ramblinwreck.com/baseball-ticket-info/.