DALLAS, Texas – Georgia Tech standout catcher Joey Bart has been named a semifinalist for the 2018 Dick Howser Trophy, the National Collegiate Baseball Writers Association announced today. The award is given to the top player in collegiate baseball.

Named to the Golden Spikes Award midseason watch list and a 2018 Johnny Bench Award semifinalist for the second-straight season earlier this month, Bart continues to rack up accolades for his outstanding 2018 season.

Behind the plate, he has thrown out 12-of-30 would-be base stealers and has three pickoffs.

The junior catcher is ranked as the No. 1 catcher in all of Division I baseball by Baseball America and No. 2 by D1Baseball.com and is a potential top-10 pick in June’s MLB First-Year Player Draft.

Bart joins an elite list of Yellow Jackets to be named a Dick Howser Trophy semifinalist in Jason Varitek (1994), Mark Teixeira (2000), Zane Evans (2013) and Daniel Palka (2013). Vartitek and Teixeira would go on to win the award in their respective years.

About the Dick Howser Trophy

This is the 32nd year of the Dick Howser Trophy. The finalists will be announced on Friday, June 8. The 2018 award will be presented at TD Ameritrade Stadium in downtown Omaha, the home of the College World Series for the seventh year. The winner will be unveiled on MLB Network on Friday, June 15 and then a press conference with the winner will be held on Saturday, June 16 at 10 a.m. (CDT), the opening day of the 2018 CWS. 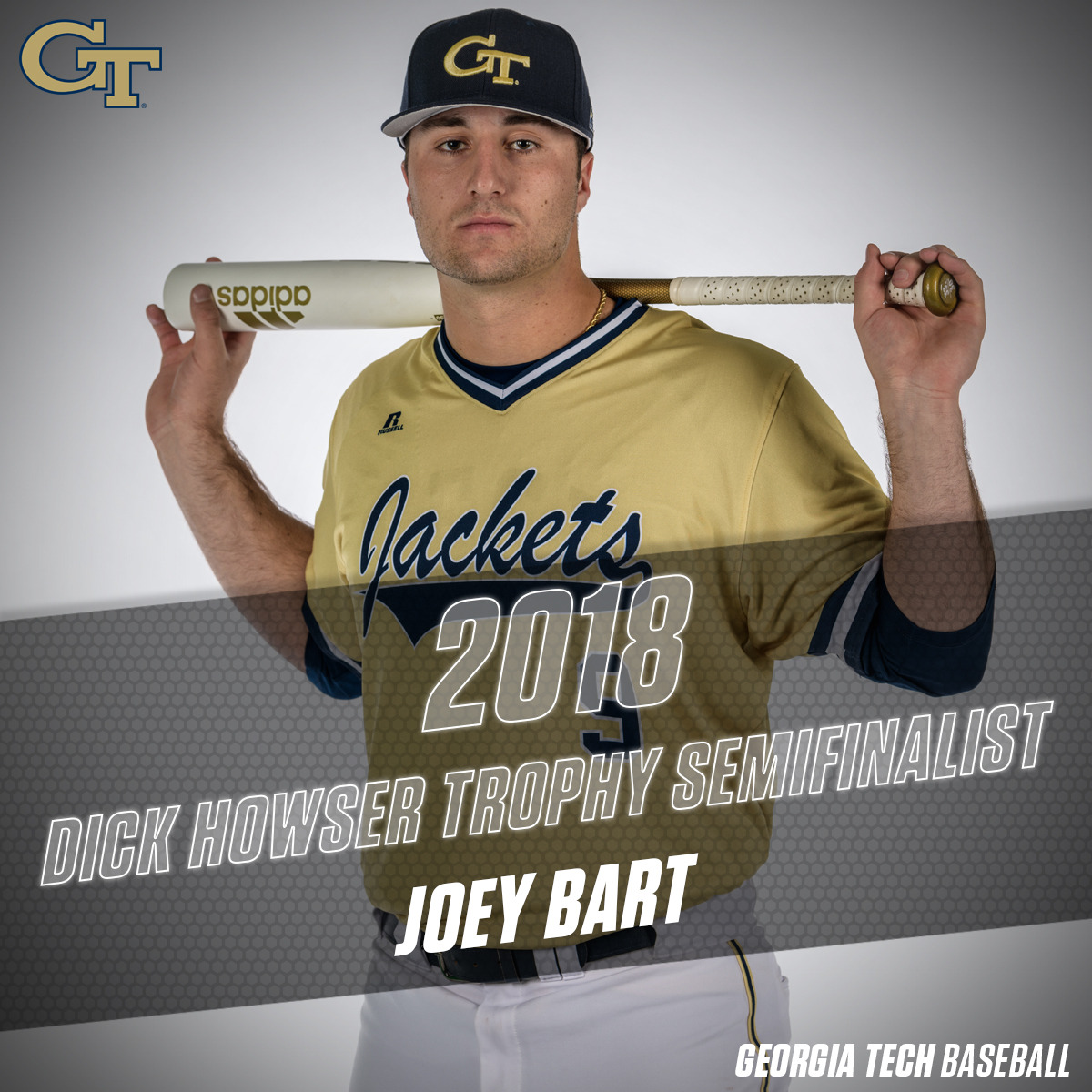 The Dick Howser Trophy, given in memory of the former Florida State University All-America shortstop and major league player and manager, who died of brain cancer in 1987, is regarded by many as college baseball’s most prestigious award.  Criteria for consideration of the trophy include performance on the field, leadership, moral character and courage, qualities that were exemplified by Dick Howser’s life.