WICHITA, Kansas – On the same day that he was selected No. 2 overall by the San Francisco Giants in the 2018 Major League Baseball First-Year Player Draft, Georgia Tech’s Joey Bart was named a finalist for the 2018 Johnny Bench Award, the Greater Wichita Area Sports Commission announced on Monday, June 4. The 2018 Johnny Bench Award presented by BaseballSavings.com, is awarded to the nation’s most outstanding collegiate catcher.

One of three finalists, along with Alex Holderbach of Eastern Kentucky and Reynaldo Pastrana of Marshall, Bart is just the third Yellow Jacket catcher to be tabbed a finalist for the national award joining Matt Wieters (2007) and Zane Evans (2013).

A 2018 Golden Spikes Award and Dick Howser Trophy semifinalist, Bart had a superb junior season in 2018 that saw him named the Atlantic Coast Conference (ACC) Player of the Year, ACC Defensive Player of the Year and earn a spot on the all-ACC first team.

A 2018 consensus preseason all-America, Bart led both the ACC and the Jackets in hitting with a .359 average on the season. He led the team and ranked second in the league in slugging percentage (.632) and hits (79), while also posting a team-high in home runs (16), runs scored (55) and on-base percentage (.471), which all ranked in the top 10 in the ACC.

A final vote among the national committee will occur during the College World Series. All finalists will be brought to Wichita and the winner will be announced at the 21st Annual Greater Wichita Sports Banquet on June 28, 2018. 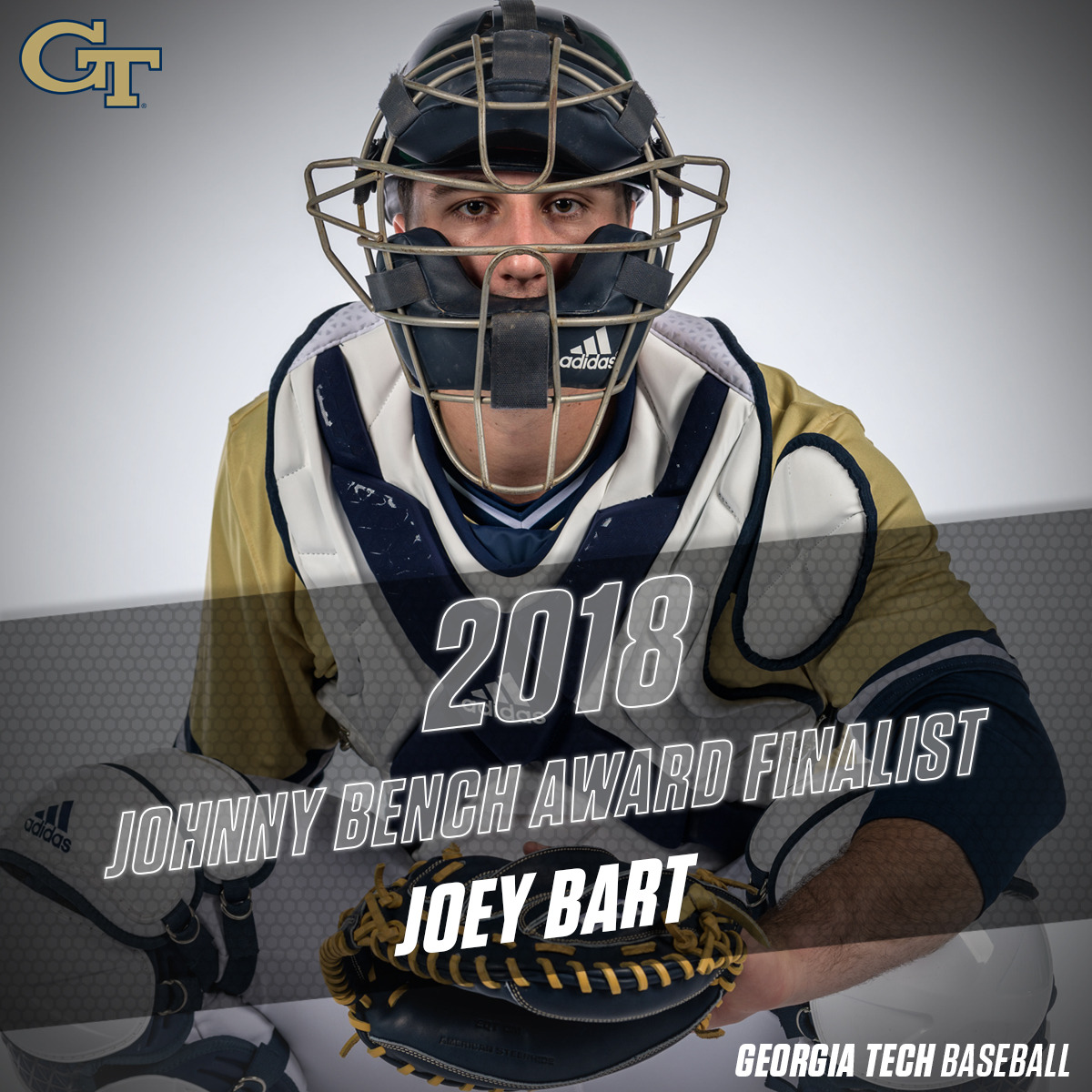