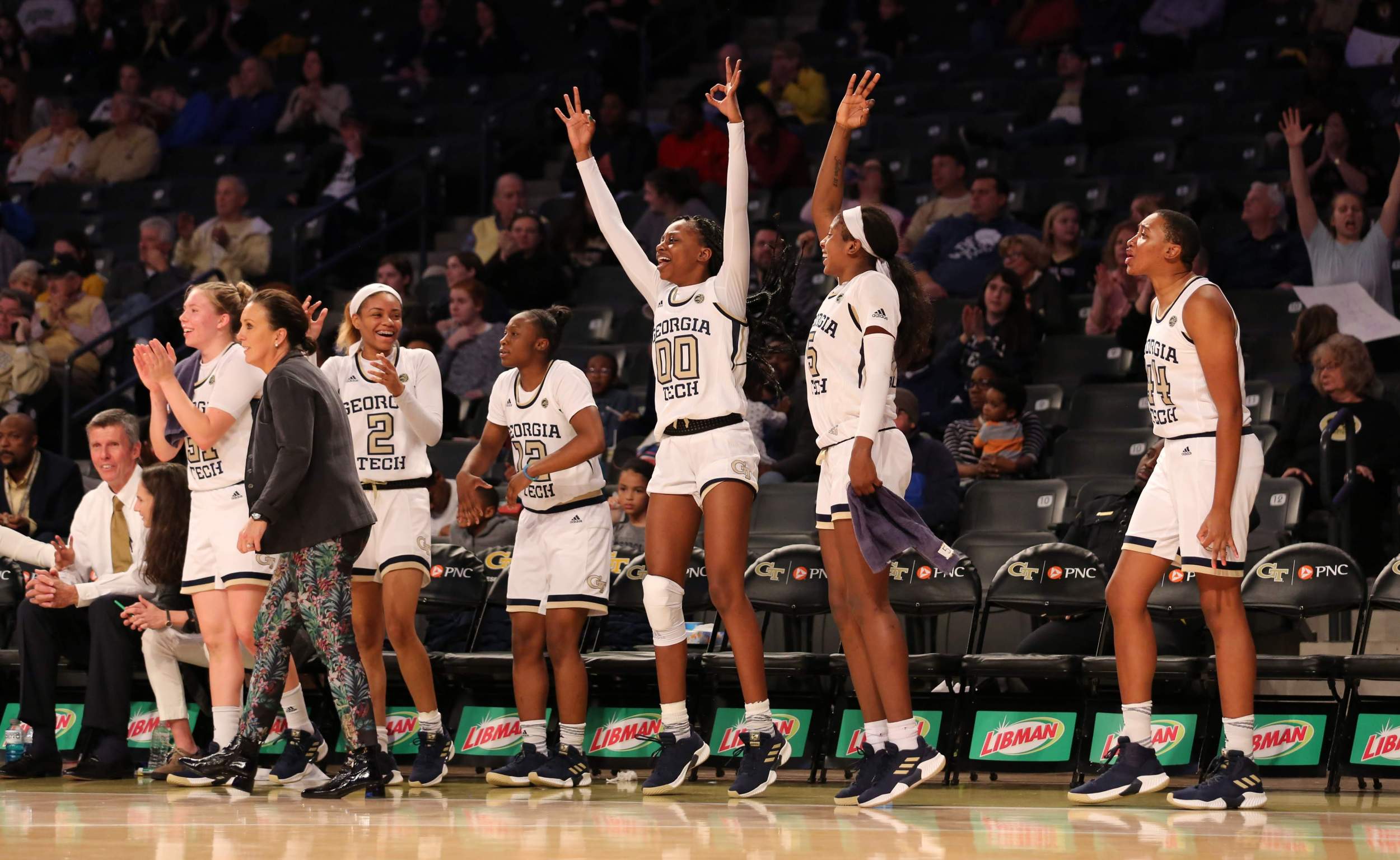 How It Happened
Georgia Tech put the game away early in the first quarter, opening with a 19-0 run before Wofford was able to get on the board with 1:50 left in the stanza. The Jackets broke open a 26-6 advantage in the second frame, utilizing a Francesca Pan free throw and extended their lead to as many as 27 points at intermission, 43-16.

Tech continued to dominate in the second half, leading by as many as 46 points following a D’asia Gregg three-pointer to setup an 81-35 score with 2:26 left to play. Wofford closed the game with a 5-0 spurt for the final score.

Tech Tidbits
* Cubaj finished with 13 points and a game-high 12 rebounds for her second career double-double and first of the season
* Balogun led all scorers with 24 points, while Elizabeth Dixon added 10 points to the scoreboard
* Coming off the bench, Chanin Scott pulled down nine rebounds and Anne Francoise Diouf added six as Tech dominated on the glass, 58-28
* Led by five offensive boards from Cubaj, the Jackets collected 23 offensive rebounds in the contest
* The Jackets finished 11-for-19 from the free three line paced by a 4-for-6 showing from Kierra Fletcher
* For the game, Tech shot 43.8 percent (32-73) from the floor, while limiting Wofford to a 26.7 percent (16-60) clip
* Cubaj finished with a season-best five assists as the Jackets dished out 20

Next Up
Georgia Tech opens ACC play this week, traveling to Boston College for a matchup on Thursday, Jan. 3. Tip is slated for 7 p.m. on ACC Network Extra.