Archer Named to Preseason Stopper of the Year Watch List

Given to the top relief pitcher in NCAA Division I baseball, Archer earns his way onto the list after finishing his sophomore campaign as the Yellow Jackets’ top reliever out of the bullpen. In 26 appearances and 47.0 innings of work in 2018, he worked to a 3.64 ERA, recorded three saves and a 4-0 overall record.

The Duluth, Ga. native joins an award-best nine players from the Atlantic Coast Conference after missing the 2019 season due to injury. 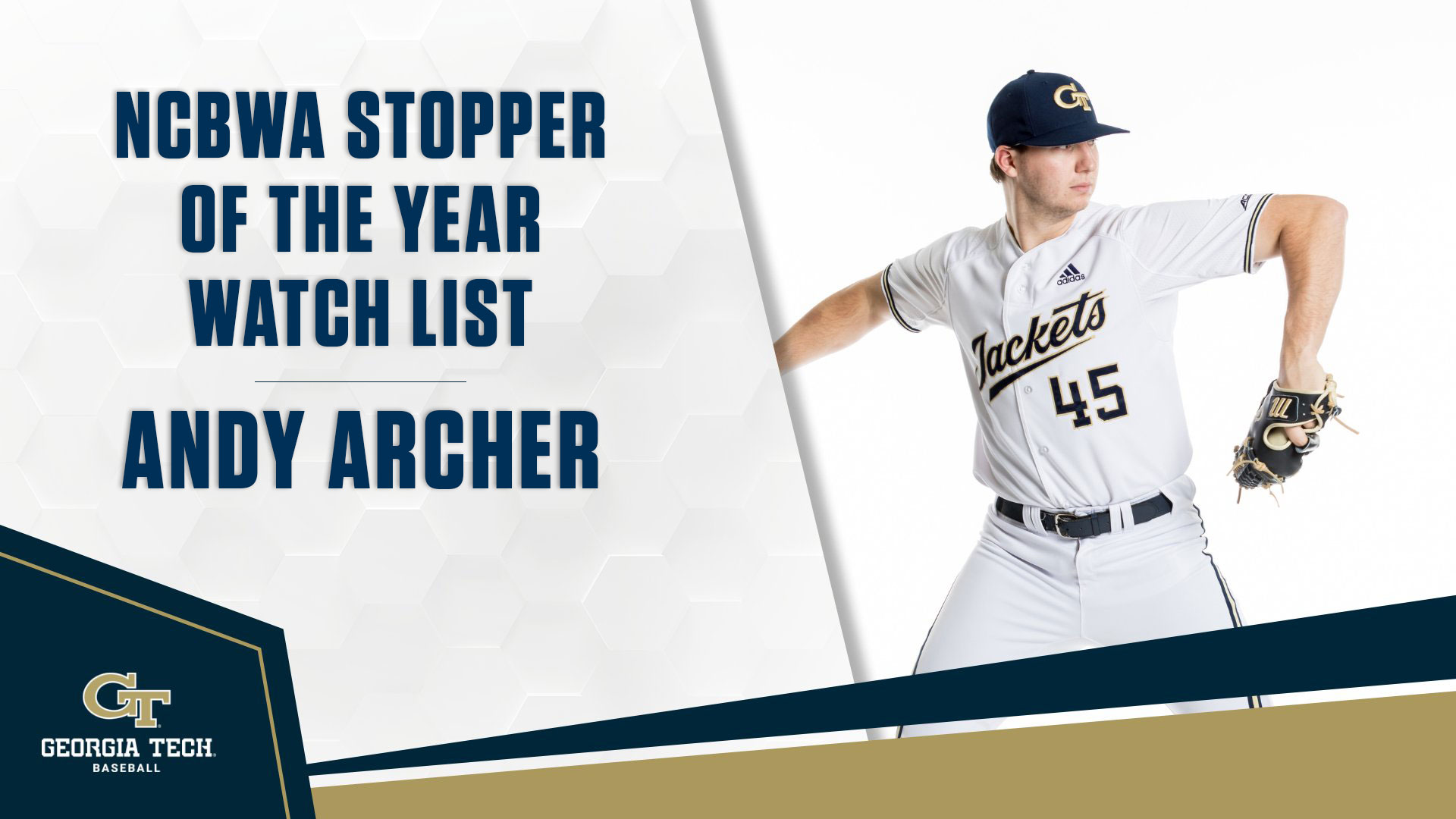 Georgia Tech baseball kicks of its 2020 regular season this week as it plays host to the Atlanta Challenge, welcoming in St. Peter’s (Feb. 14), Cincinnati (Feb. 15) and St. John’s (Feb. 16) at Russ Chandler Stadium. First pitch on Friday is scheduled for 4 p.m. and will be broadcast live on ACC Network Extra.

A host of ticketing options remain available for Georgia Tech’s 2020 regular season at ramblinwreck.com. Just seven days from Opening Day, the Yellow Jackets are offering single-game tickets and two highly popular packages – Six-Game Mini-Plan and Baseball Flex Pack – that allow fans greater flexibility in attending games at three-time Field of the Year Russ Chandler Stadium. Season tickets also remain available and are the only way to guarantee the best seats in the house for all 33 home games, while providing benefits such as postseason priority ticketing and special discounts for friends and family.