THE FLATS – Georgia Tech’s Jose Alvarado is one of 30 NCAA Division I men’s basketball players named Thursday to the Jersey Mike’s Naismith Trophy Midseason Team for Men’s Player of the Year. The Atlanta Tipoff Club, administrator for the Naismith Trophy, made the announcement.

Alvarado is one of three Atlantic Coast Conference players on the list, joining Pitt forward Justin Champagnie and Louisville guard Carlik Jones. No Tech player has ever won the Naismith Trophy, and only three have been finalists – Mark Price in 1986, Dennis Scott in 1990 and Matt Harpring in 1998. Jarrett Jack in 2005 was the last Jacket to make the Midseason 30 list.

The senior from Brooklyn, N.Y., has emerged as one of the top players in the ACC, ranking among the conference’s top 10 in eight different statistical categories. The 6-foot senior is the third-leading scorer in the ACC at 17.6 points per game, ranks third in field goal percentage (53.1), No. 2 in free throw percentage (87.8), ninth in three-point field goals per game (2.19), fifth in assists (4.25 per game), first in steals (3.00), ninth in assist/turnover ratio (1.89/1) and No. 2 in minutes (37.13). He holds similar rankings for conference games only.

A preseason second-team All-ACC choice, Alvarado has led Tech to a 9-7 record this season, 5-5 in the ACC, and helped the Yellow Jackets set a program record by winning 11 consecutive ACC home games. He was named ACC Player of the Week in early January after performances against North Carolina and Wake Forest. He has risen to 23rd place on Georgia Tech’s all-time list for career points (1,316) and fifth for career steals (200). He also is moving up career charts for three-point field goals and assists, ranking among the top 15 in each.

Ten semifinalists for the trophy will be announced tentatively on March 4. 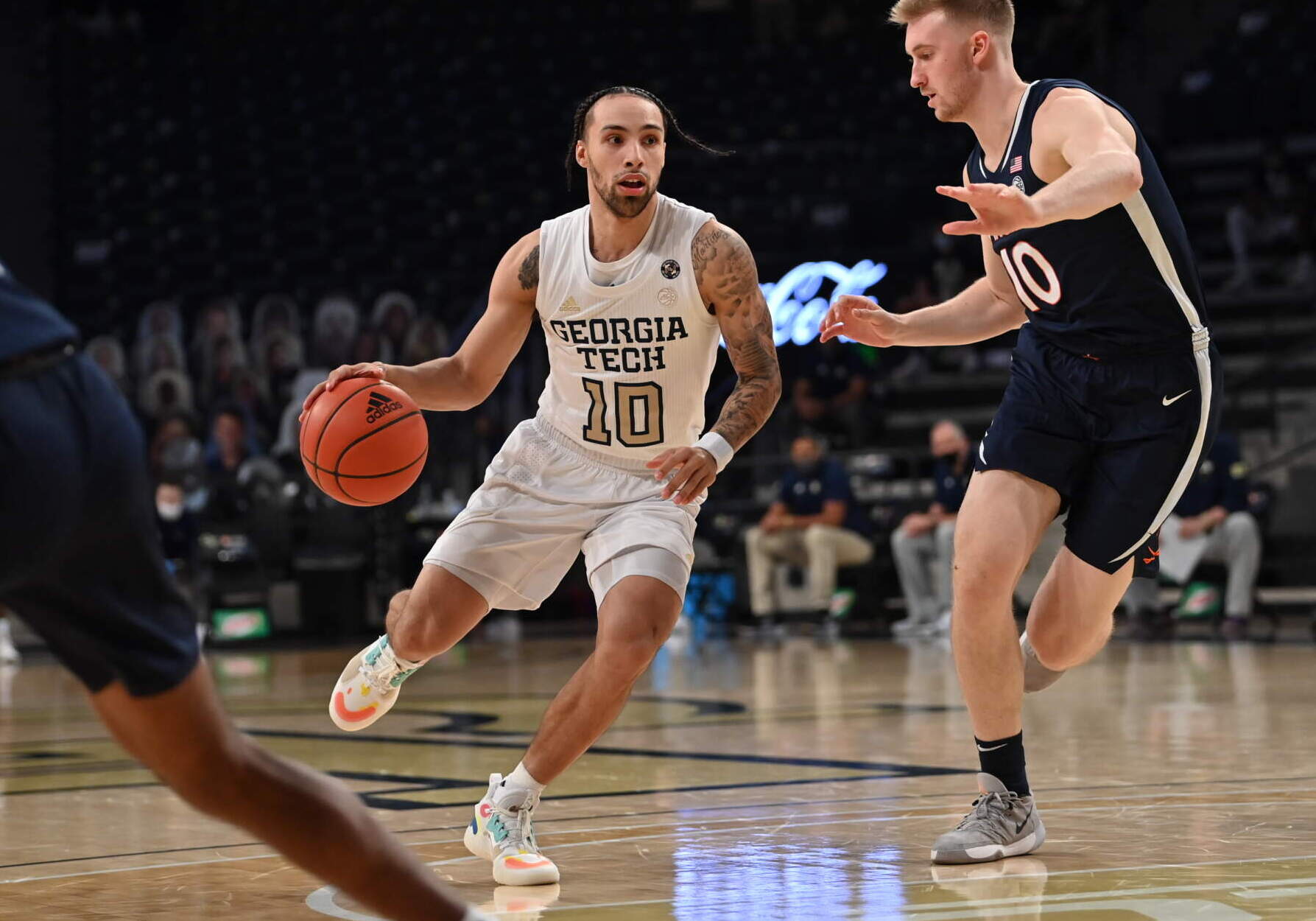 Alvarado ranks among the top 10 in the ACC in eight statistical categories. (photo by Danny Karnik)